United, We Will Never Be Defeated: Guatemala’s Victory Over Monsanto. 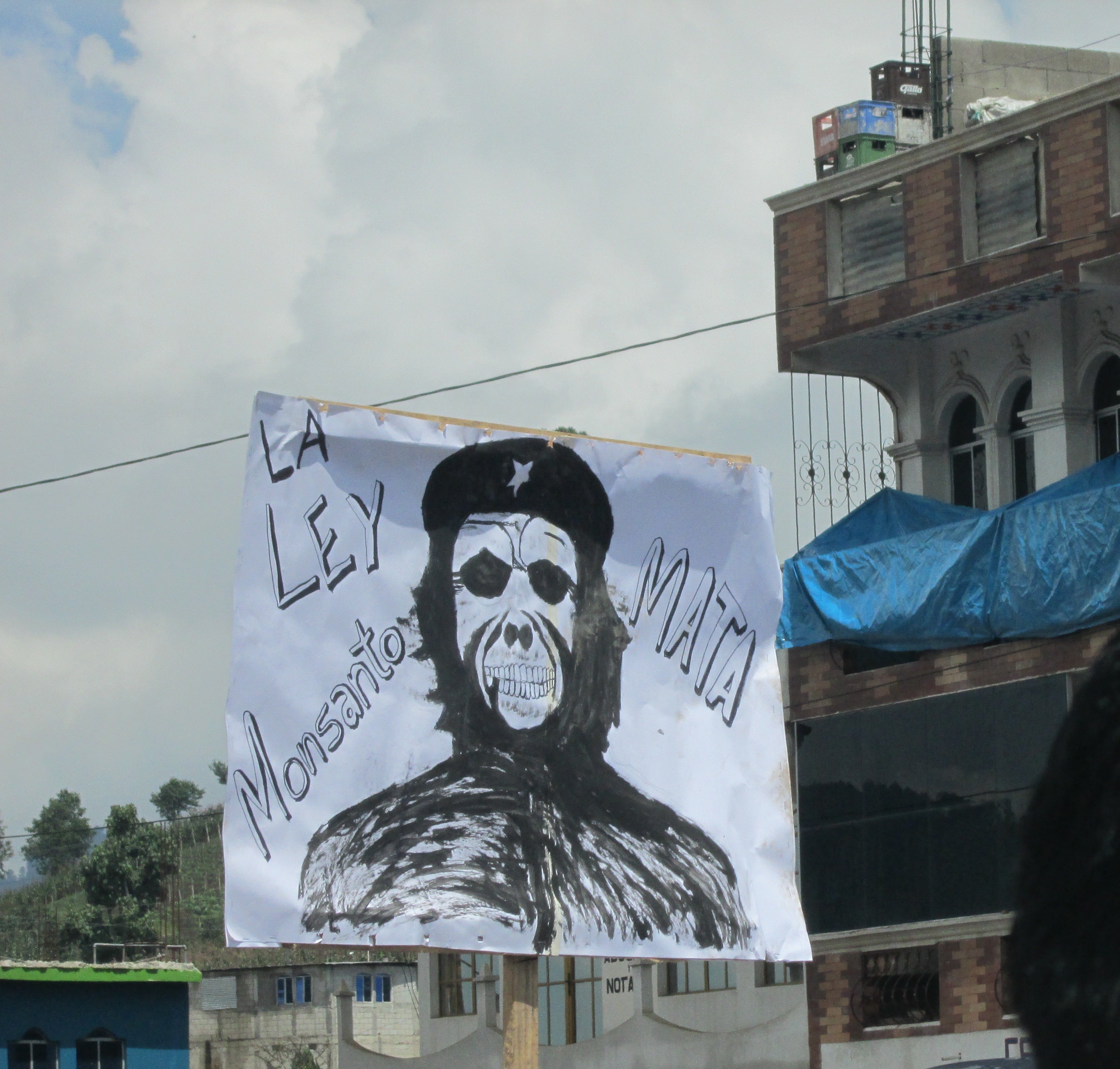 On September 2nd the people of Sololá rose to their feet to protect what is considered by many to be the heart and body of the Mayan civilization, corn. Thousands of people, young and old, peacefully marched and shut down the main intersections on the inter-american highway that connects the western part of Guatemala to the capital. Their demand? Keep Monsanto out of Guatemala.

In June of this year a decision was made by the Congress of Guatemala, without the consent of its people. The Decree 19-2014 known as the Monsanto Law was approved by over 100 congress people. This new law would require all farmers who cultivate corn to purchase their seeds from Monsanto. Anyone caught cultivating corn from their own seeds would be fined and could even face jail time. These new seeds are genetically modified to produce only once and no seed taken from them can be replanted as they become sterile. Every year farmers would have to buy new seeds in order to produce corn, which not only becomes expensive but also heavily dependent on one source. The seeds are said to be resistant to drought and harsh conditions, which could improve production during natural disasters and drought in Guatemala.

Thousands of people stand in solidarity to protest the Congressational Decree 19-2014.

In response to the passing of this law, the indigenous municipality and community leaders of Sololá organized a mass education campaign on Sunday August 31st, throughout the various communities in Sololá. The information was given in the local language, Kaqchikel, and each community leader stated the benefits and consequences of this seed law, as well as who Monsanto was and their history in other countries. People were outraged that Congress would even consider replacing their seeds that have been passed down for thousands of years. Some town elders held back their tears and asked their communities to stand with them in solidarity to protect their seeds.

The town of Sololá blocked some of the main intersections to the capital with thousands of people holding signs that read “ Monsanto Kills”, “No To Genetically Modified Seeds” and “Marcelino Chuta, Flavio Yojcom and Francisco Tambriz, Traitors To The People of Solola”. In the capital, the community of Totonicapan gathered to protest in front of Congress as the members arrived to discuss a solution. People stood for hours under the bright sun in the morning and continued to stay strong in the chilly winds of the late afternoon.

The crowd sings and cheers as community leaders talk about the importance of corn in the Mayan culture.

Word came around 6:45pm that Congress would enter a three-day session to repeal the law. The news was received with great joy, but leaders were hesitant to celebrate until the document had officially been signed into effect. Two days later, on September 4th, with a majority vote, the Congress of Guatemala announced the immediate repeal of Decree 19-2014 or Monsanto Law. Congress and its members made a public apology to the people of Guatemala for making a poor decision for the future of the country.

Despite hundreds of years of oppression and marginalization, the people of Guatemala stood up against their oppressive leaders and demanded justice. The victory over Monsanto is a glimpse of the power of this country. Community radios from all over the country broadcast the event, which will go down in history as the victory over Monsanto.