On January 21, 2021, Nepal’s human rights record was examined for the third time by the UN Human Rights Council’s Universal Periodic Review (UPR) in Geneva. Indigenous Peoples’ issues were addressed at a higher level than in previous years. The Universal Periodic Review was established by the UN General Assembly along with the UN Human Rights Council on March 15, 2006. Under this process, the human rights records of the 193 UN member States are reviewed in light of States' obligations to respect, protect, and fulfill human rights.

Nepal’s human rights came under scrutiny in this process during the first cycle on January 25, 2011, and during the second cycle on November 4, 2015. In the first and second cycle only three recommendations were made at each review that specifically mentioned Indigenous Peoples. The UPR session to examine Nepal was first scheduled to be held in Geneva in November 2020, but due to the COVID-19 pandemic it was postponed and finally was conducted virtually on January 21. 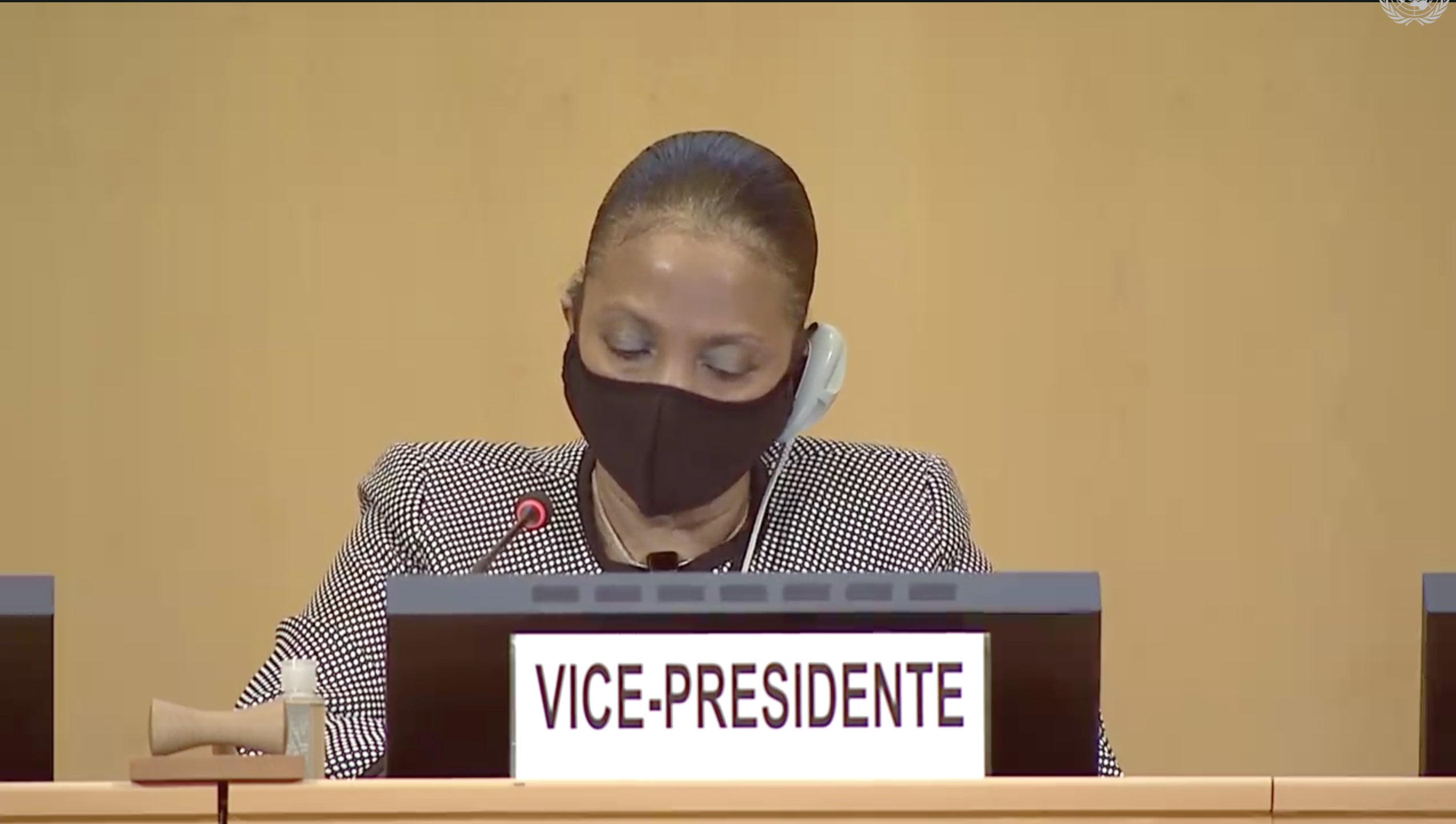 Nearly 98 countries lined up for the slots to raise questions in a 3-hour long virtual review session. As many as seven countries, namely Argentina, Fiji, Finland, Marshall Islands Federation, Thailand, and Timor-Leste raised concerns about the lack of promotion and protection of Indigenous Peoples’ rights in Nepal and made recommendations to the government of Nepal to ensure Indigenous Peoples rights to land, territories and natural resources. These recommendations add to those made to Nepal from the previous two cycles. The government of Nepal is obligated to implement recommendations and report on its progress towards implementation to the Human Rights Council. Indigenous Peoples comprise 36 percent of the total population of Nepal, but lack equal representation in State structures and experience discrimination and marginalization that has wide-ranging impacts.

Taking part in the Nepal’s UPR review, the Marshall Islands Federation raised concerns in regards to hydropower projects that are being developed on the lands, territories and resources of Indigenous Peoples without addressing the concerns of the local communities beforehand, and recommended Nepal “ensure Indigenous Peoples rights relating to their land with revision of the legislation in these matters.”  Indeed, the aggressive pursuit of hydropower generation in the lands and territories of Indigenous Peoples without Free Prior and Informed Consent (FPIC) has resulted in massive impact on Indigenous Peoples, an issue that was documented in a stakeholder report submitted by a coalition of Indigenous rights organizations in Nepal and internationally, including: Sunuwar Sewa Samaj, Indigenous Women’s League, Newa Misa Daboo, Nepal Tamang Women Ghedung, Indigenous Media Foundation, and Cultural Survival, in advance of the Nepal’s review.

Foreign Minister of Nepal, Pradeep Kumar Gyawali, presented information on compliance with these norms on behalf of the government of Nepal, highlighting the efforts made by the State to promote and protect human rights and implement the recommendations made in two previous UPR reviews of Nepal. 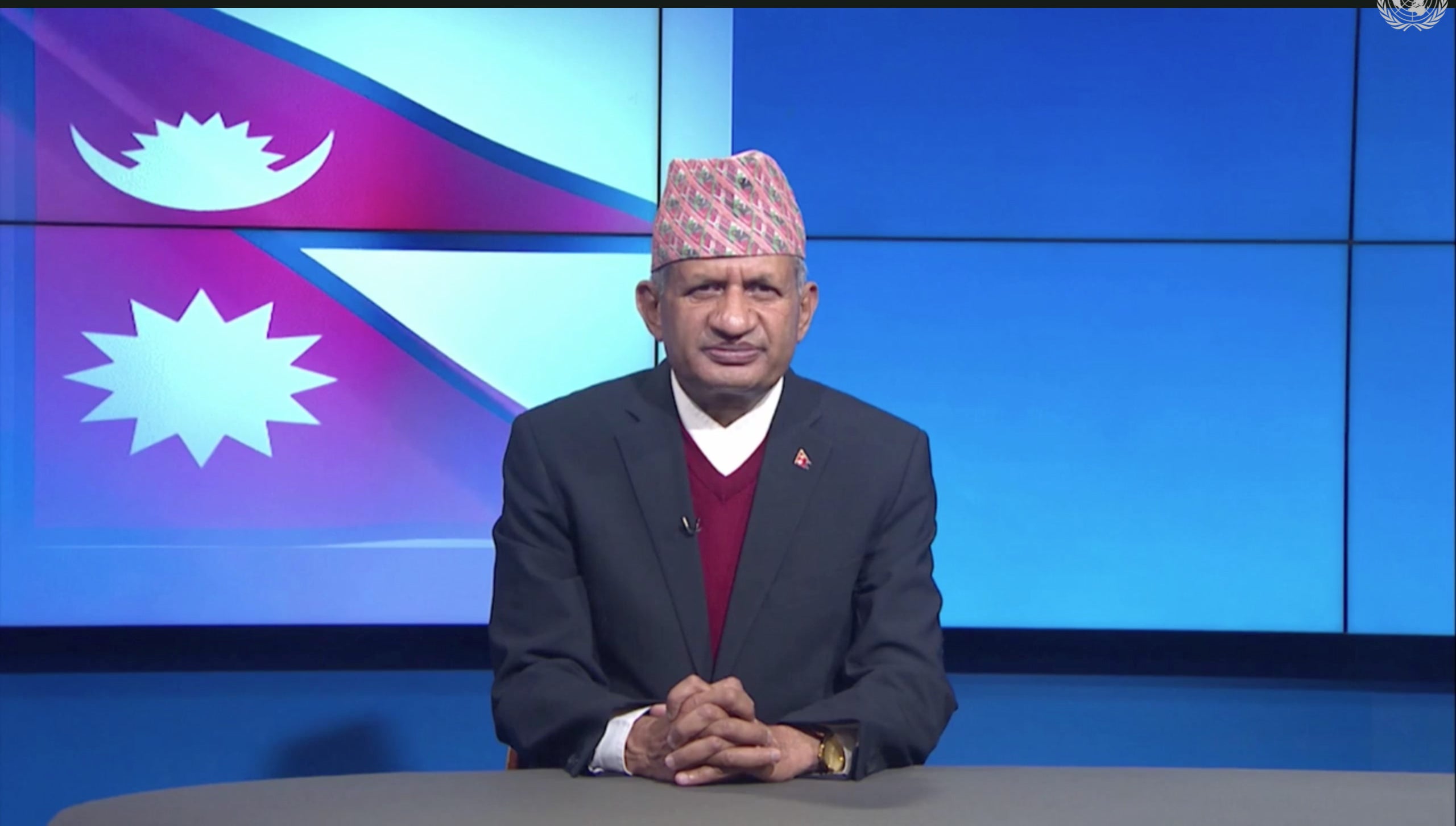 Presenting the report, the Minister said, “Nepal upholds the values of those human rights conventions that Nepal has been party to and duly have internalized in the 2015 Constitution of Nepal in the forms of comprehensive bill of fundamental rights.”

However, though Nepal has ratified ILO Convention 169 relating to Indigenous Peoples human rights in 2007, it has not yet been fully incorporated in the Constitution nor adopted the National Action Plan for its implementation prepared in 2010. Rather, Indigenous Peoples have been excluded from decision-making power and civil services in Nepal.

A number of countries raised concerns in regards to lack of government’s effort to ensure the protection of rights of vulnerable groups. In this connection, the Marshall Islands Federation recommended to Nepal, “to ensure the protection of rights of vulnerable groups, women, children, persons with disabilities ethnic minorities. Likewise, Argentina recommended that Nepal “take necessary measures to ensure combating the discrimination of all forms of racial and caste based discrimination. Thailand recommended to Nepal, “to strengthen its legal efforts as per 2015 constitution to end gender-based violence, violence against women and Indigenous women.” Indigenous women in Nepal make up 36 percent of the 13.5 million women’s population in Nepal. They face multiple, compounding forms of discrimination due to their gender, class, and ethnicity. Likewise, Fiji made a recommendation to Nepal, “to ensure that women, children, persons with disabilities, Indigenous and local communities meaningfully engage in the development of climate change and disaster reduction framework.”

Nepal has ratified most of the international human rights conventions but has been weak in its implementation. On Indigenous Peoples’ rights, Nepal has had a particularly poor history of implementation. Following Nepal’s ratification of ILO Convention 169, in regards to the implementation of rights of Indigenous Peoples, the Nepal government reported in its report that it had formed a Adibasi Janajati Commission (Indigenous Nationalities Commission). However, it did so only in haste in December 2020, a month prior to the UPR review, five years after the adoption of the new Constitution mandated its creation as per Article 261 of the 2015 Constitution of Nepal. Similarly, the government also formed the Tharu Commission as per Article 263 of the 2015 Constitution of Nepal, despite the Tharu Peoples being only one of the 59 Indigenous Peoples legally recognized in Nepal. Rather than being a positive development, the creation of the Commission divided Indigenous Peoples by creating resentment.  Additionally, these bodies have no power to receive complaints and investigate acts of human rights violations, discrimination, nor make recommendations to government for further actions. Many in Nepal feel that there is no real meaning in or power behind these “commissions.” In fact, formation of these institutions is contrary to the Paris Principles, which establish that when a State creates a constitutional institution, it should have financial and administrative autonomy and its recommendations should be implemented. However, these newly formed commissions do not have powers to make recommendations to the government and no authority to sanction officials or public institutions if they ignore their findings. The Nepali government is publicly showing the international community that on paper it is respecting, protecting, fulfilling human rights of certain communities but in reality, this is very different.

Speaking at the review session, Timor-Leste raised concerns about Nepal’s failure to  ensure Indigenous children’s right to education, and recommended that Nepal “ensure the right to education in mother languages of each constituency.” Finland also echoed this sentiment, recommending that Nepal “take all necessary measures to ensure full inclusion and improve learning results to all children belonging to Dalits, Indigenous communities, including children with disabilities at all levels of education and inclusion of these groups in teaching professions.” While reviewing and adopting these recommendations, the Nepali government may argue that the Constitution, laws and regulations have already guaranteed education in mother tongues up to the basic or secondary level: the Department of Education states “as many as 70 local languages have already been used as medium of instruction in the classroom teaching and learning activities at primary level.”  However, Indigenous communities report that schools lack resources to hire teachers and there are no teaching materials in Indigenous languages. Nepali is still the most dominant language used in the classrooms.  The large gap between Nepal’s public reporting and the reality on the ground demonstrates a failure of transparency and lack of  commitment to implementing its international and national Indigenous rights obligations.

Cultural Survival urges the government of Nepal to commit to transparency and honesty  in aligning domestic law and policy with international human rights conventions and treaties and genuine implementation of these standards in practice,  with allocation of adequate resources to ensure their fulfillment. 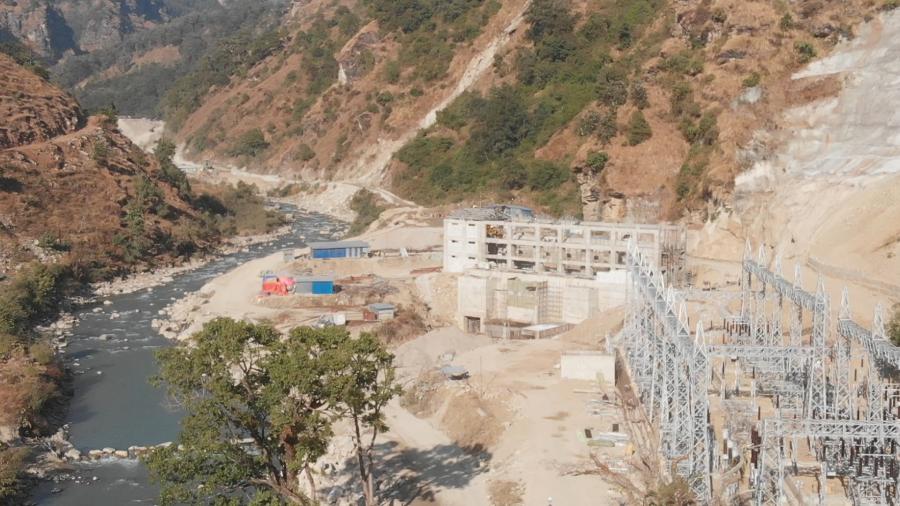 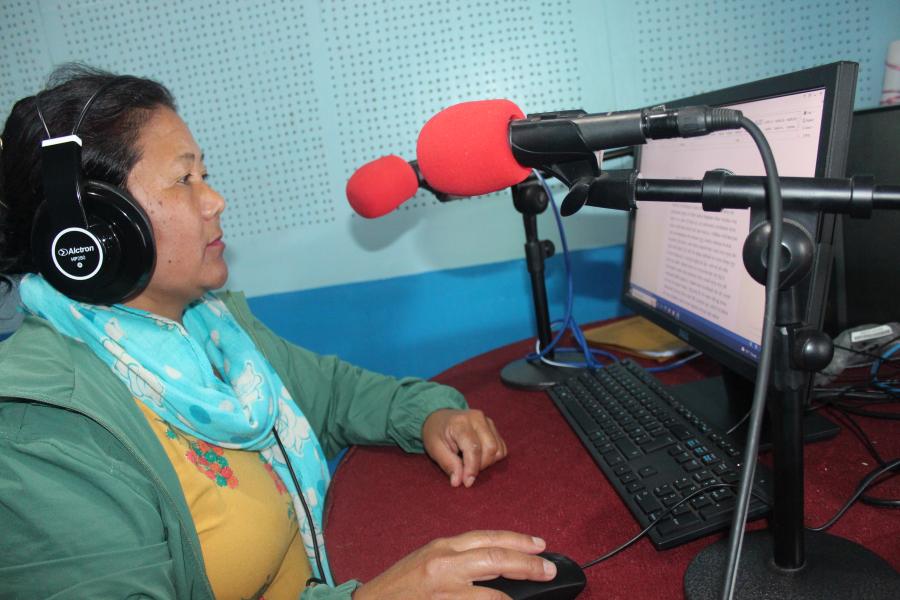