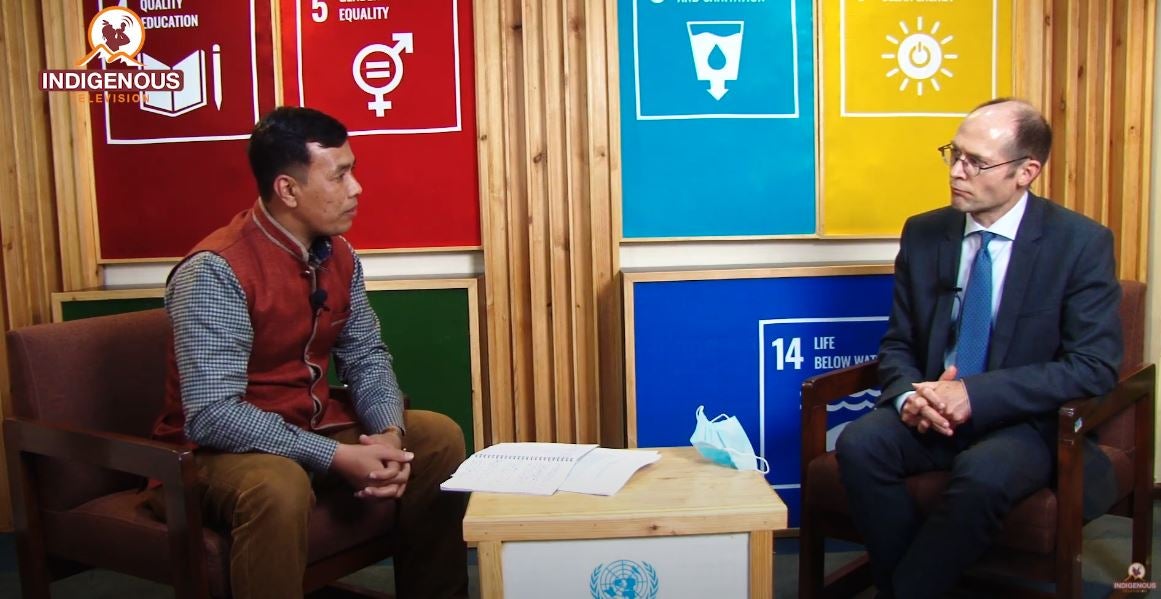 The United Nations Special Rapporteur on Extreme Poverty and Human Rights Olivier De Schutter is calling on Nepal’s government to fulfill its promises for social justice in reality rather than on paper.


In terms of social justice, Nepal has one of the most progressive constitutions globally but many of its promises are yet to be fulfilled. Nepal’s constitution guarantees a range of economic and social rights, including the right to education, employment,  health, food, housing, and social security. There are also specific provisions that address the rights of women, children, Dalit communities, and senior citizens.

Olivier De Schutter spoke at a press conference to present the preliminary findings of his 11-day fact-finding mission to Nepal, from November 29 to December 9, 2021. His mission began just a week after the UN General Assembly adopted a resolution inviting Nepal, along with Bangladesh and Lao People's Democratic Republic, to prepare for graduation from the status of Least Developed Countries (LDC) to those of emerging economies.  During the mission, De Schutter met with nine ministries including six ministers as well as local and provincial authorities. He also visited Bagmati, Karnali, Lumbini provinces, as well as Number 2 province. De Schutter also held meetings with the constitutional commissions responsible for Tharu, Indigenous Nationalities, Madhesis, Dalit, and Muslim populations as well as with National Human Rights Commission. He also traveled to Kathmandu, Surkhet, Nepalgunj, Bardiya, Rautahat, Janakpur and met with local, provisional, and federal government officials, international and UN agencies, civil society organizations, and Peoples affected by poverty in urban and rural areas. 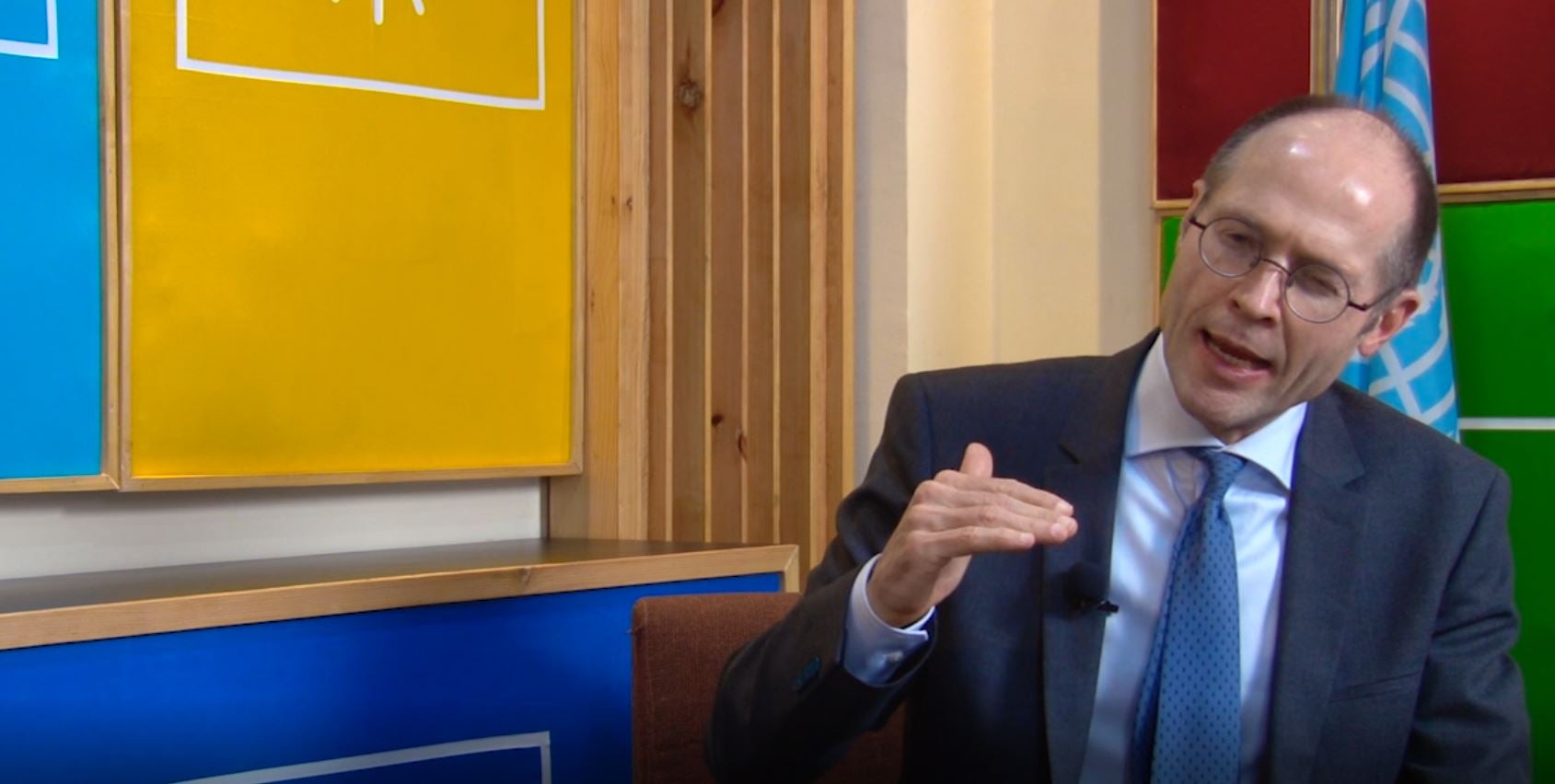 Olivier De Schutter’s role as a Special Rapporteur on Extreme Poverty and Human Rights is to report to the international community on the efforts that States are putting to fight against poverty. He does so by conducting country visits, like his recent visit to Nepal, and meeting with public officials, communities, and civil society. He then presents to the government a compressive picture of the country through a country report, to inform the government of which blind spots exist in public policy, and which parts of legislation should be improved to fight against poverty. Therefore, his role is to listen and observe, which is sometimes described as the eyes and ears of the international community in order to ensure that no one is forgotten from public policy and that the government is made aware of the ongoing and existing challenges.


Nepal prides itself on its unique diversity. However, there is a big debate in Nepal going on as to how the diversity of the country can be taken into account in public policy.“We know that Nepal is now making progress. It is graduating from being a least developing country to a developing country. This is a very important moment, as it shows that  growth is successful but some parts of the country have still been left behind, like Adibasi Janajati (Indigenous Nationalities), Tharu, Dalit, Madhesis Peoples are not being benefited as a group,” says Schutter adding, “the government and Nepali society, in general, do acknowledge this.”


In many countries, Indigenous Peoples are not recognized, rather they are ignored and sometimes actively discriminated against in State policy. But this is not the case in Nepal. According to De Schutter, there are genuine efforts made to improve the situation of Indigenous Peoples. However,  these efforts should be pursued further for success. A number of constitutional commissions are working on these issues but the resources are insufficient and the recommendations made by these commissions are not always followed upon. There is a reservation policy in place to encourage civil service but progress has been very slow. More needs to be done to combat social discrimination. Discrimination is not in State policy but exists in reality within the private sector. Many Dalits, for example, face difficulties in accessing quality education, good employment, due to the discrimination they face in the employment market. This issue is something that requires time to combat stereotypes and prejudice against this minority population.


The remarkable thing is that Nepal has introduced a large number of social protection schemes. Roughly about 80 social protection schemes have been put in place over the years concerning senior citizens, single women, social security but all of these anti-poverty schemes have been developed in a very ad-hoc way, not coordinated with one another, and not consistent with one another. De Schutter is calling on the Nepal government to implement a single database to coordinate actions. Such schemes are important but are also under-funded. Only small parts of the population are covered, only an estimated 17 percent of the population. This is certainly not enough, the whole population needs to be covered from cradle-to-grave through child allowances to senior pensions, including health care, unemployment,  and disability benefits. Nepal still has quite a long way to go to ensure this.


According to De Schutter, it is important to realize that there is a legal gap between legal coverage, what those schemes in principle should provide in terms of protection and effective coverage. Many people experience obstacles in having access to such schemes, for example, they do not have proof of citizenship, making it difficult for them to access services, or they do not have a birth certificate and therefore are denied access to child allowance payments. They are not informed about the benefits and services available and therefore, they do not claim what benefits they have rights. If they do not speak in Nepali, it is very difficult for them to read or hear the information available from the radio about what services and procedures exist. This gap means that the government needs to do much more in various languages so that all groups effectively benefit by being properly informed about their rights. This is unfortunately not the case at the moment.


It is striking that many of the efforts of the governments are difficult to implement due to the division of powers between the federal, provincial and local government levels. There is sometimes a lack of understanding as to who is responsible for what as the federalization process has added a layer of complexity to public policies. “I hope things will be clarified in the next couple of years, that's a major challenge. Many concrete problems of the different communities and nationalities should be fed into governmental policies in a much more systematic way. To do this improved participation of representatives of these committees in decision making would be useful. That is the only way for the government to be well informed about their needs. You can't make a difference if you only operate top-down without involving people in decision making,” observed De Schutter. He further added, “the government has made efforts to rehabilitate former bonded laborers by providing land to landless Dalits, Adivasi Janajatis. The promises such as this also are reflected in the constitution, although these efforts are underway, they are not sufficient. The national land commission has not been able to accelerate progress in this regard. I met Badi and Gandarbha communities who have lived in a settlement for 25 years but were not able to register the land in their own name and were not considered owners of the land. Despite the fact that the 1964 Land Act, in principle, ensures that people who occupy land for more than ten years should have access to title, more could be done in this regard. The government is attentive to this but the ability for people to get land registered in their names remains limited and there is a need to accelerate the process.”