UN Committee on the Rights of the Child Reviews Venezuela 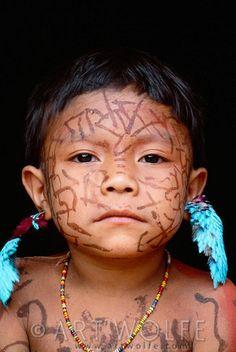 Indigenous and Afro-Indigenous rights have always been a contentious issue in many parts of Latin and South America including Venezuela, and though progress has made on several fronts, there are still concerns that equal rights are not being given to these groups.  In the September 2014 review of Venezuela by the UN Committee on the Rights of the Child, several of these issues surrounding Indigenous and Afro-Indigenous children’s rights were addressed.

Firstly, the committee in accordance with General Comment no. 5 (2003) on general measures of implementation of the convention, urged the delegation of Venezuela to complete and implement its data collection system (SIENNA), as a means of analyzing the situation of all children in Venezuela. The committee asked for this data collection system to be disaggregated by age, sex, geographic location, urban and rural areas, ethnic, Indigenous and Afro-descendant origin, and socio-economic background.

The committee applauded the delegation of Venezuela on their recent implementation of the Law against Racial Discrimination (2011) as well as other laws whose aims are to better the rights of Indigenous Peoples in Venezuela. However, the committee was concerned that these laws have not translated into greater protection for children of all backgrounds from discrimination.

In accordance with General Comment no. 12 (2009) on the rights of the child to be heard, the committee urged the delegation of Venezuela to develop a comprehensible strategy to promote the participation of children in all spheres of life. This includes supporting and financing a monitoring mechanism to ensure that the rights and needs of boys and girls particularly those from Indigenous, Afro-descendent origins, disabilities, and LGBTI, are heard.

In terms of Civil Rights and Freedoms stated in articles 7,8, and 13-17, the committee encouraged the delegation of Venezuela to adopt measures that would ensure that newborn children are registered at birth regardless if their parents are unregistered themselves. The committee noted that the lack of information provided in regard to the number of undocumented children as well as the causes of children being unregistered was concerning.

The committee noted the progress made towards achieving better quality education for all children, specifically those in rural areas and identify as Indigenous or Afro-descendants. However, the committee remained deeply concerned about the access to adequate education in many rural areas of Venezuela particularly for the groups aforementioned. The committee also reiterated the goals of General Comment no. 1 (2001), on the aims of education, specifically to urge the Venezuelan delegation to adopt measures to prevent children in rural areas from dropping out of school. Their comments referenced the large drop out rates of Indigenous and Afro-descendent children from schools in rural areas, as well as to encourage pregnant girls and adolescent mothers to continue their education.

**These excerpts were taken from the Concluding Observations of the Committee on Rights of the Child review of Venezuela, which can be found here: http://tbinternet.ohchr.org/_layouts/treatybodyexternal/Download.aspx?symbolno=CRC%2fC%2fVEN%2fQ%2f3-5%2fAdd.1&Lang=en