Tolupanes Put Their Lives on the Line Defending All Hondurans 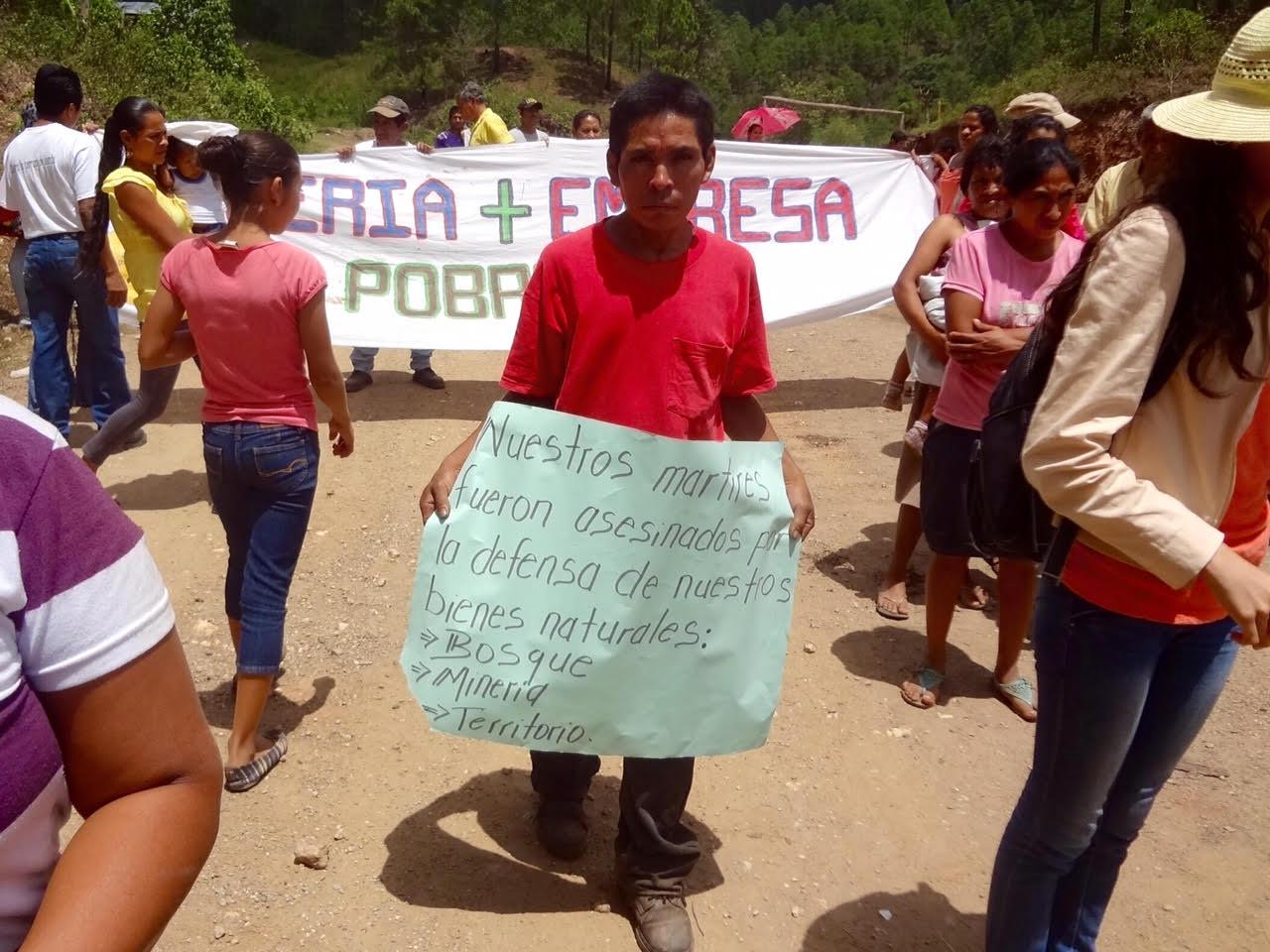 The Tolupanes of Yoro in central Honduras have become major actors in the massive protests and demonstrations that have been filling the streets of Honduran cities for weeks. Revelations that Honduran government functionaries and members of the ruling National Party had drained an estimated 300 million dollars from the national social security and health budget to help finance election campaigns may have seemed like the "last straw." Hundreds of the poor have died without access to adequate medical care. Honduras already has the highest murder rate in the world, massive official corruption and impunity, a non-functional judicial system, rising narcotics and gang violence and political repression, and a national development plan that forcibly and often violently evicts peasant and Indigenous communities for the sake of mining, logging, tourism, and the expansion of corporate export agriculture. Especially targeted have been many of the country's Indigenous Peoples.

For the Tolupanes, the struggle is at three levels--two triggered by recent events within a larger history of ongoing resistance. There is a significant scholarly literature about the history and culture of the Tolupanes. In colonial times, the Spaniards called them Xicaque or Jicaque, by which they meant "savage," "barbarous," or "infidel," and treated them as enemies to be subdued. But an alternative interpretation—that Xicaque is derived from a Nahuatl word meaning “strong or ancient person”—provides an apt description of the Tolupán people. In an effort to bring Tolupán communities under the sovereignty of the state in the 1860s, the government concluded treaty agreements that confirmed some traditional Tolupán land rights. By the 1920s, Tolupanes were working on foreign-owned banana plantations, and were losing their language and some of their cultural customs. Many Tolupanes were also recruited or forced to work on the coffee plantations of large landowners in Yoro. Today there are twenty-five Tolupán communities (tribus) in Yoro.

Tolupán lands contain sizable stands of precious mahogany. In the 1970s, agents of the National Agrarian Institute (INA) and the national forestry agency (COHDEFOR) began awarding portions of Tolupán land to non-Indigenous peasants, loggers, and others, and trying to replace the role of traditional Tolupán community leaders with government forestry agents. To protect their interests, Tolupán communities formed the Federation of Xicaque Tribes of Yoro (FETRIXY). What followed was a period in which dozens of Tolupán leaders and activists were assassinated, including the president of FETRIXY, Vicente Matute, killed in 1982 shortly after declaring, "Better to die before surrendering our rights to the land that is ours.” Since then, as many as one hundred Tolupán leaders and community members have been killed.

Periodically, Tolupán communities have experienced forcible evictions from their land. Armed men in the employ of large landowners arrive in a Tolupán community and threaten to kill the inhabitants if they do not leave by a certain time. The number of these evictions has increased in the years following the 2009 coup. One of several examples recounted by Catholic church workers in Yoro: on August 19, 2013, about 25 heavily armed men arrived at night in one Tolupán community of 112 adults and children--nineteen households. According to a community member who sought refuge with local church authorities, the community was ordered to leave immediately and not to return or they would all be killed. Demands for justice in these incidents are thwarted by the close relationship between large landowners and public officials.

The 2009 coup d’etat that deposed President Manuel Zelaya also ended a moratorium on granting new mining concessions in this mineral rich country. The post-coup government passed a mining law in January, 2013, that resulted in many new mining concessions to foreign companies and Honduran entrepreneurs. Tolupán communities around Locomapa in Yoro found themselves facing development and expansion of antimony mining nearby, and threats to their land and environment. They could not rely on FETRIXY, since many were convinced that its leadership had been compromised by the government and the private mine owner to lend at least passive support for the mining.

On Sunday, August 25, 2013, two armed men shot and killed three members of the Tolupán community at San Francisco Locomapa who had been active in opposing the mining--Ricardo Soto Funes, Armando Funes Medina, and 70-year-old Maria Enriqueta Matute who had emerged from her house when she heard the shooting. Although community members said they knew and could identify the killers whom they thought were in the service of the mine owner or his supporters, police did not attempt to detain the suspects who continued at large to harass the community and to threaten more killing if international observers dared to visit. In early April, 2015, another Locomapa community member, Luis de Reyes Marcía, was killed, and in June yet another, despite the fact that in December, 2013, the Inter-American Commission for Human Rights (IACHR) had mandated the Honduran government to provide protective measures (medidas cautelares) for thirty-eight Locomapa community members.  Despite the government’s promise to comply, no protection was afforded.

As the street protests and marches against the social security scandal and the government increased across Honduras, students started a hunger strike on June 22 in front of the President’s house. They were soon joined by seven Tolupanes, including relatives of some of those killed in Locomapa.

The Tolupanes on hunger strike issued a public statement demanding swift justice for those killed at Locomapa, the implementation of the IACHR-mandated protective measures for the community, consultation and voice in decisions about mining and other large projects that affect their people and threaten to sell or destroy the land and resources, and an end to government neglect in providing basic services for the Tolupán communities. They also affirmed major demands of the large national protests--the resignation of the President, the intervention of an International Anti-Impunity Commission, and an end to corruption and violence.

The Minister of Justice reportedly offered to ensure the prompt arrest of the alleged killers in Locomapa if the seven Tolupanes abandoned their part in the hunger strike. But the Tolupán communities have suffered a long history of government neglect, broken promises, and attempts to co-opt their leaders and corrupt their organizations. Even as the Minister made his proposal, others were raising accusations that the Tolupanes engaged in the hunger strike were not really Indigenous Tolupanes, a charge easily refuted by the strikers’ ties to the Locomapa community, including those killed there.

Tolupán hunger striker Sergio Avila, 65, reported threats to his family in Locomapa since members of the community joined the strike in the capital. He and his family are among the Tolupanes who are supposed to be under the protective measures the government has failed to implement. According to reports posted on July 9 by Defensores en Linea, the Honduran Accompaniment Project, other human rights sources, and Honduran news media, Avila said armed men threatened to kill his son and they killed the horse his son was riding. He added, “If we die in this hunger strike, the Honduran people will say these Tolupanes died to defend us all and to defend their rights, to defend our territory.” Like other Honduran Indigenous peoples, the Tolupanes have emerged in the forefront of the national struggle. 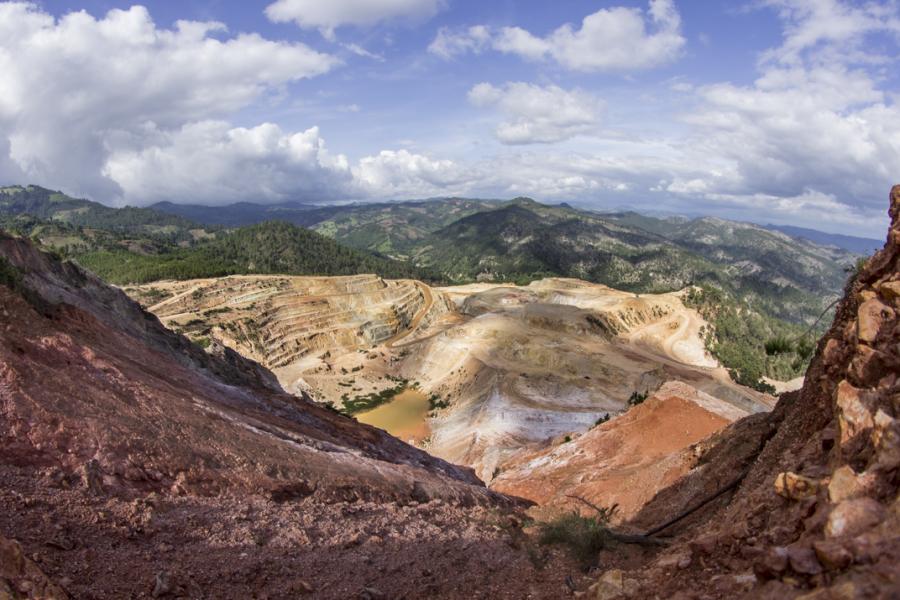 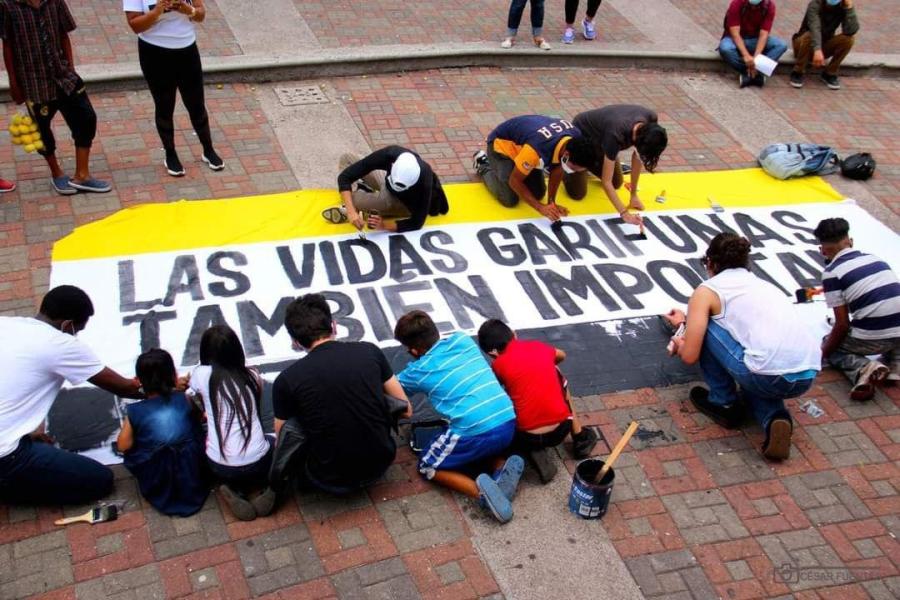