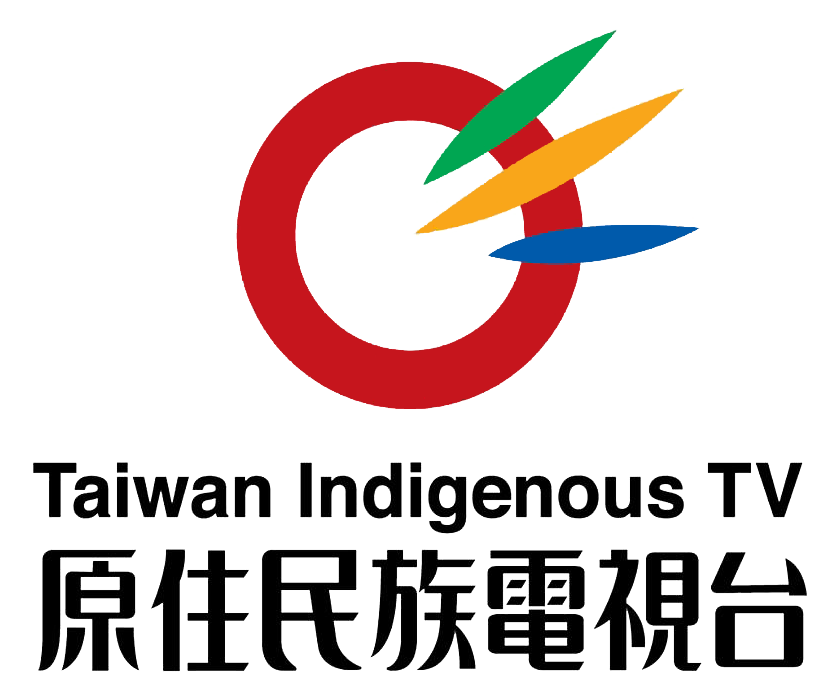 Taiwan Indigenous Television, TiTV is fast approaching its tenth anniversary. Launched on July 1, 2005, TiTV is one of several channels operated under the public television platform, Taiwan Broadcasting System (TBS), and is believed to be Asia's first publicly funded television channel serving an aboriginal audience. Located on Channel 16, TiTV produces a mix of news and entertainment programs and broadcasts them islandwide. To assure reception in the rugged mountains and deep valleys where many tribal people reside, TiTV, through funds provided by the Indigenous Peoples' Cultural Foundation, distributed free-of-charge 70,000 satellite dishes to households in those areas prior to its launch.

“When we launched, our programming wasn't that good,” said Yotaka. “To launch a broadcasting service – Indigenous or otherwise -- you need seasoned media professionals and there were few such people that we could recruit from the Indigenous community.” TiTV faced a mismatch of talents: The old were fluent speakers of Indigenous languages, but tech challenged while the young were tech savvy, but lacking in language ability. “We hired inexperienced reporters, and they had to learn to make good programming on the job. For presenters and hosts, we hired people who might look good on camera... or simply had the desire to try.” Yet despite these challenges, TiTV received a warm welcome from Taiwan's Indigenous communities. “For viewers, seeing the first broadcasts was a watershed event. TiTV was for them. They recognized that right away, and TiTV was immediately accepted.”

TiTV's initial funding was a modest NT$400 million annually, a figure that has since dropped, due to a shift in Taiwan's national leadership. When TiTV was founded, the opposition Democratic Progressive Party (DPP) had the presidency and controlled the purse strings. A political plank of President Chen Shui-bian's DPP was the independence of Taiwan from China, and the promotion of multi-ethnicity was a means to that end, and the DPP was eager to bring the Indigenous community into its ranks to support its claim that Taiwan was not – ethnically speaking – Chinese. In 2008, however, the Kuomintang (KMT) regained power with the election of President Ma Ying-jeou, and national policy has shifted away from independence toward unification with the PRC. For the KMT, multi-ethnicity is recognized but is no longer a useful political cudgel. Financial support for TiTV is now more tenuous as a result.

Yet, despite these challenges, TiTV has pursued its mandate to make Indigenous broadcasting a reality on Taiwan. However, another hurdle was language. Taiwan, at that time had 14 officially recognized aboriginal tribes (now 16), and with a total population numbering in the low to mid 100,000s, roughly two percent of Taiwan's population of 23.3 million. The question was: What language should TiTV broadcast in? Taiwan's official language, Mandarin, would exclude some of the elderly tribal audience, because they live in rural areas where other Chinese dialects – Taiwanese or Hakka – are spoken. But for the younger viewer demographic there is the issue of limited fluency in native tongues. Tribal languages had been discouraged for nearly a century, first when Taiwan was a Japanese colony called Formosa from 1895 to 1945 and second when Taiwan became the Republic of China following the arrival of the KMT government of Generalissimo Chiang Kai-shek, also in 1945, until the lifting of martial law in 1987. To date, efforts to introduce Indigenous languages into primary education are just beginning. Few tribal people under the age of 40 are fluent in Indigenous languages, and speaking ability declines rapidly with decreasing age.

“One of the rationales of TiTV is the perpetuation of Indigenous languages,” said Yotaka. But TiTV serves a community speaking 14 mutually unintelligible languages. Mandarin was adopted as the lingua franca for general interest programming – lifestyle shows and dramas -- while news was seen as a vehicle for fostering Indigenous language. “Older viewers need to see the news [for its information content],” explained Yotaka, “while, for the young, seeing the news in their native language is route to language learning.”

By the end of its first year, TiTV was broadcasting news live in three Indigenous languages – Amis, Atayal and Paiwan. The next year, 2007, all 14 languages were included in news programming. Indigenous-language news was scheduled Monday through Friday, in three time slots – 6:30am to 7:30am, 11:00am to 12:00am, and 6:00pm to 7:00pm. Each hour-long newscast was in a single Indigenous language, and all 14 languages were rotated through this weekly schedule of 15 time slots. TiTV changed this schedule yet again earlier this year when news programming expanded into the weekends. The new seven-day schedule has two time slots – 11:00am to 12:00am and 6:00pm to 7:00pm – a perfect fit of 14 time slots for the 14 official Indigenous languages spoken on Taiwan.

Asked to list a few successes of which TiTV's news department is particularly proud,  Yotaka cited three examples: the licensing of TiTV footage to international broadcasters in 2009, the adoption of romanized Indigenous scripts for titling and subtitling in 2012, and the reporting of the disruption of an Amis harvest festival in Antong in August 2013.

The first came when news shot by TiTV was picked up by NHK, CCTV, CNN, NGI NEWS and other international news channels. In August 2009, Taiwan experienced the deadliest typhoon in its history. After passing westward over the Philippines, Typhoon Morakot made landfall on Taiwan, and stalled on the southern tip of the island, dumping 2,777 mm (109.3 in) of rain before veering off to the China mainland. The storm devastated southern Taiwan, especially Taitung and Pingtung Counties, home of the Paiwan and other tribes. The rain triggered flooding and mudslides, one of which buried the mountain village of Xiaolin, killing at least 118. Elsewhere, on the east coast, the swollen Tailami River swept 51 homes of Jialan (known as Kaluwan in Paiwan) into the Pacific. Deaths from Typhoon Morakot topped 400.

TiTV's news team was on location during the deluge. TiTV has 25 staff reporters, and Vuluq Pabrakululj was in Kaarowan, also his tribal village, when the storm was at its peak. “Vuluq was shooting and his uncle was crying as his home collapsed into the river,” said Yotaka. “Vuluq told me that he was crying too, but he kept on shooting.” TiTV's footage of this disaster, when rebroadcast by CNN, BBC and other international channels, showed the world the poor level of infrastructure common in Taiwan's Indigenous villages. “This was the first time that TiTV's footage was picked up by the international media, and for us that was a milestone. Now the world knows, and TiTV has achieved its goal,” said Yotaka. “People won't care unless they see it for themselves.” Taiwan's Chinese-language terrestrial and cable TV news channels – CTV, TVBS, ERA News, FTV among others – also ran the footage.

“Before Typhoon Morakot, people didn't know much about TiTV,” said Yotaka. “But now they see the important role it plays. Only TiTV has contacts in the remote villages. Our reporters are from these places, and they have the contacts and know the environments. That is part of TiTV's value as a broadcasting medium.” But, geographically speaking, TiTV's reporters roam a much wider swath of the island compared to rival Chinese-language TV and print news organizations that focus on the urban and industrial flatlands of the west coast. “TiTV has 25 reporters to cover 800 villages,” said Yotaka, adding that funding limits staffing. “We would like to recruit citizen reporters to our team, but we don't have the money to equip them.”

Yotaka next described TiTV's news department's second milestone – the adoption of romanized script of tribal languages for the subtitling of its newscasts. Originally, all titling was in Mandarin, but in 2012, TiTV introduced Indigenous language script in addition to Chinese characters, alternating between them in 10-second intervals.

“Our viewers were surprised, and we received a lot of phone calls,” recalled Yotaka. The calls came from Indigenous language teachers, from Taiwan's academic circles, from government, and from supporters of Indigenous rights. “That showed we are working in the right direction,” said Yotaka. “This is part of the process of decolonization. [Taiwan's Indigenous people] are learning not to depend on the Chinese. We have our own language, and now our own writing system. We are different from the Chinese, and we have the right to write in our own language.” In response to viewer interest, last year TiTV produced an hour-long show on the history of the romanization of Taiwan's Indigenous languages, and it is available here.

The third TiTV reporting milestone occurred in the Amis village in Antong at the southern end of Hualien County. During the months of July and August, the Amis celebrate Ilisin, now known as the Harvest Festival, and their best known feature is the ceremonial dancing. In fact, in Taiwan and abroad, images of Amis in tribal regalia are perhaps the best known symbol of Taiwan's aboriginal culture. Increasingly, however, the government is promoting these festivals as tourist attractions, and villages have been beleaguered by outsiders – local and foreign – ignorant of village customs. Hospitality to outsiders is part of the Amis harvest festival tradition, but Amis communities are divided about what to do about the growing influx of onlookers. Equally problematic are visits by local politicians who see these events as opportunities to campaign for votes.

This came to a head on August 19, 2013 when TiTV aired footage of Hualien County Magistrate Fu Kwun-chi's visit to the Antong village during its harvest festival. His wife Hsu Jen-wei mounted the stage, then surrounded by a ring of the tribe's male dancers, and accepted the microphone from Antong's tribal chief, and jokingly issued a command for them to perform 500 squat thrusts to demonstrate their tribal spirit. Talk about faux pas! First, this portion of the ceremony is a male-only rite, and second, according to custom, only senior members of the tribe – the chief and other elders – are allowed to address participants. When TiTV aired its footage, needless to say, it quickly went viral on the Internet.

“This is the first time that people saw how politicians treat Indigenous people,” said Yotaka. “And we want people to know what is really going in the villages.” This reporting is significant on two levels, explained Yotaka. “First it showed the 'ugly face' of the politicians who come to Indigenous communities. Second, it is a lesson to us on how we should deal with outsiders during Isilin. We are always friendly and let them say what they want to say. [Here at Antong] the chief allowed the Magistrate and his wife to come on stage, and young people are now criticizing the chief. Of course, it is the young generation that is going to have to learn how to deal with this problem.” Yotaka predicts that TiTV's footage of this event will be in big demand from Chinese TV stations during the upcoming November 29 elections, as Hsu Jen-wei will be running as a candidate to replace her husband.