Strengthening the Leadership of Indigenous Women in Radio in Central America 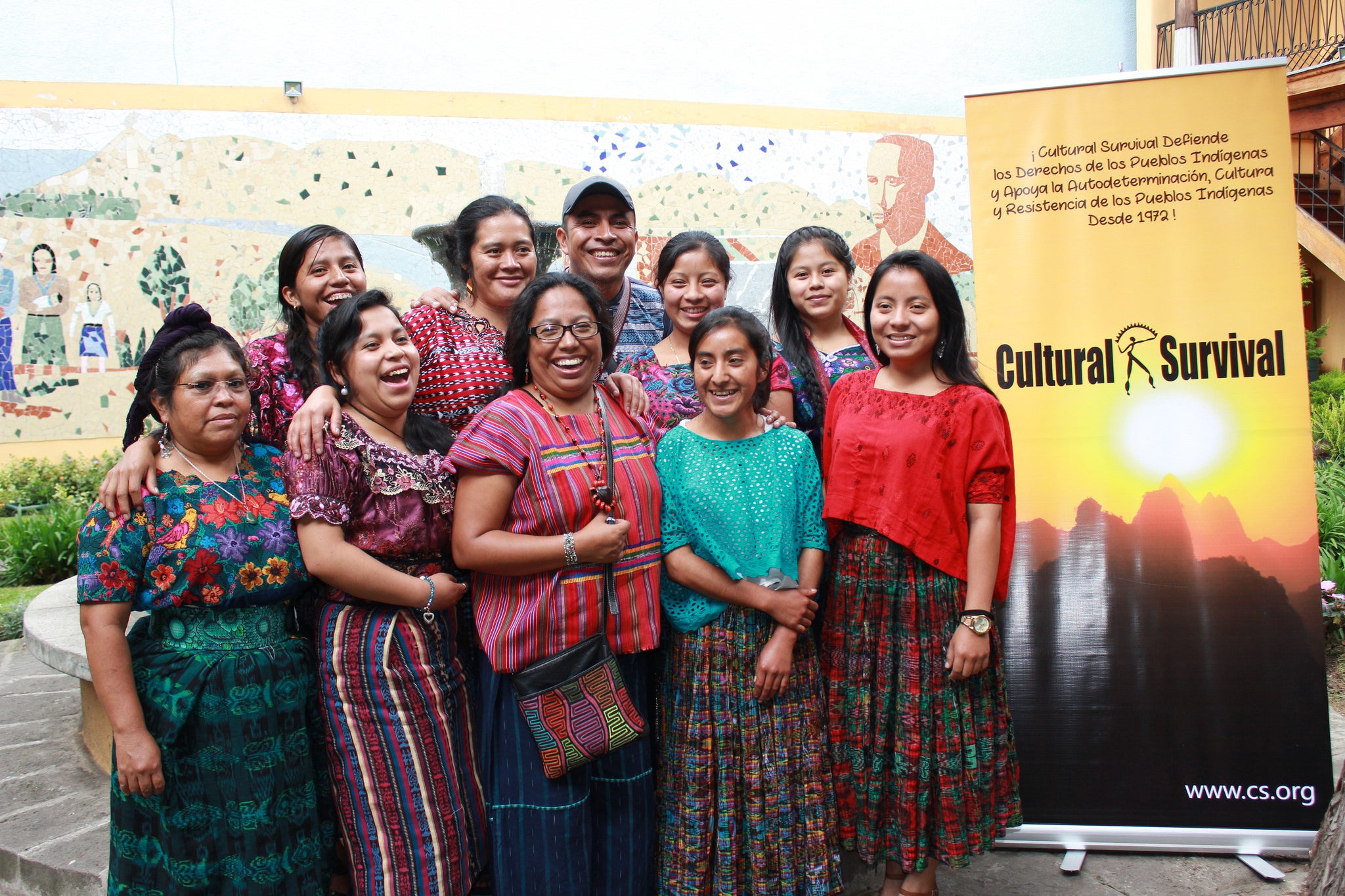 Cultural Survival, with the support of the Channel Foundation, recently wrapped up a training  project aimed at strengthening the participation of Indigenous women in community radio in Central America. Two sessions were held, one in Quetzaltenango, Guatemala with ten women from Guatemala and the second in Managua, Nicaragua with ten women from El Salvador, Honduras, Nicaragua, Costa Rica and Panama. The goal was to increase the knowledge of women in journalism and radio production, discuss gender from an intercultural approach and plan a path from empowerment to leadership. Several women, for the first time, produced their own radio programs.

The project included space and time for the participants to reflect on their roles and daily lives, especially in their roles as Indigenous women journalists. In this role they have the opportunity of being voices for social change in the fight against gender discrimination, racism, and human rights violations.

In order to bring women together, staff had to consider the long distances many had to travel, which posed some difficulty for some women to leave their remote communities with little access to public transport. Some faced the scrutiny from their relatives for "abandonment of their chores as women.” Vilma Washington of Radio Wangki Tangi, the voice of the women in Waspam, Nicaragua, in order to leave her community had to travel 20 hours in poor conditions to arrive to Managua, the capital of Nicaragua. Despite the challenges, for many, the simple act of leaving their communities was liberating and enabled them to overcome their fears.

In Quetzaltenango, Guatemala, on September 6-8, 2017, ten community journalists from Totonicapán, Sololá, Quiché, Sacatepéquez, Alta Verapaz, and Huehuetenango come together to learn, share, and practice. Facilitator Alfredo Rax Coc, sensitized to the gender approach, was warmly received by the women. "It is good for us to have the support of Rax and to know that there are men who respect our rights and are willing to support us," said Erika Oxon of Radio Nimlajacoc. 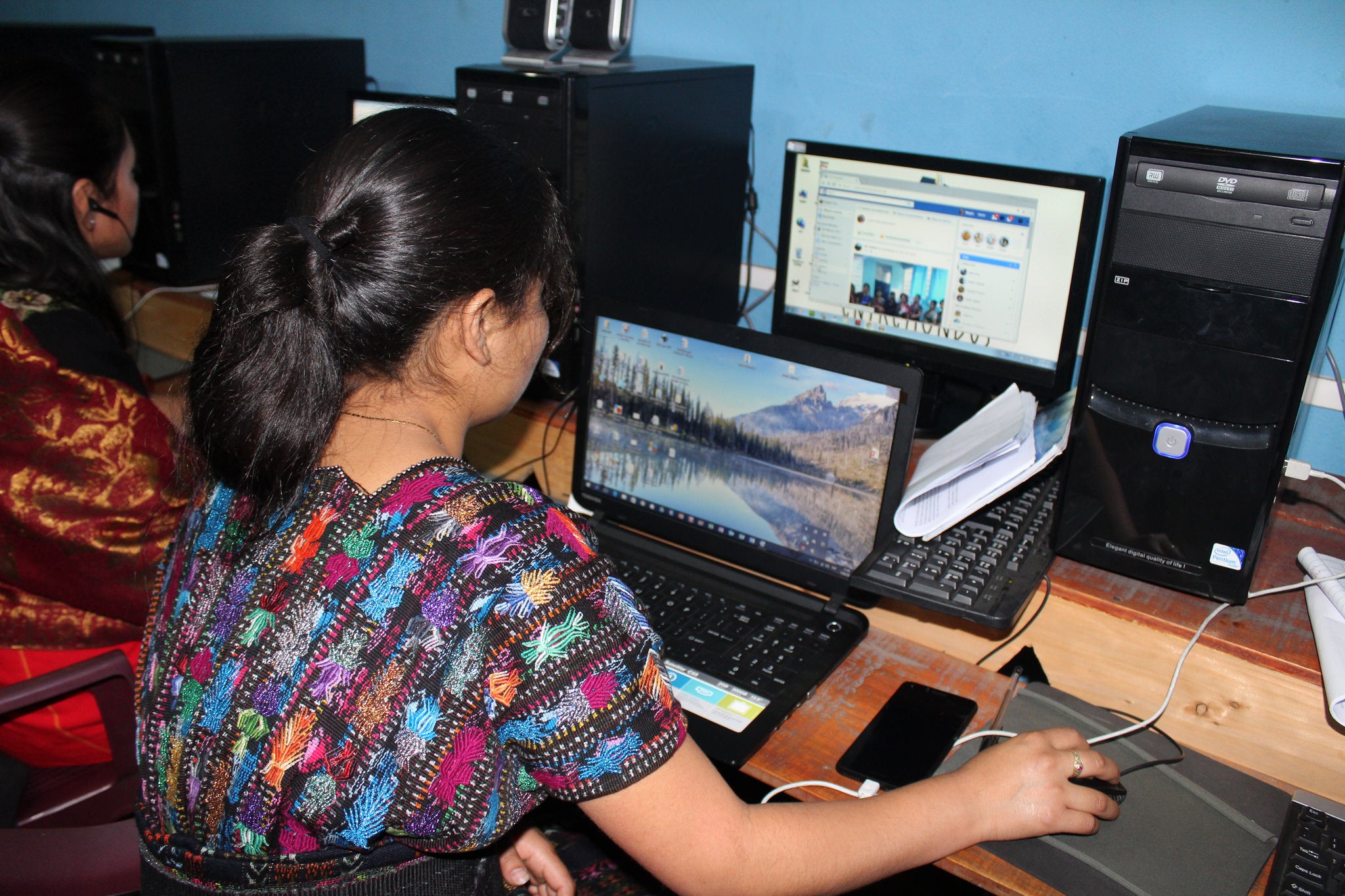 One night before starting the community feminism workshop with Lorena Cabnal (Xinka), community feminist and co-founder of the Association of Indigenous Women of Santa María Xalapán, the earthquake that shook Mexico took place. In Quetzaltenango, it was felt with an intensity of 7.8 degrees, which caused much fear in some of the participants. However, the desire to talk about their realities as Indigenous women was stronger than their fear. "It was interesting to listen to Lorena and learn from her. Often people and society create divisions between women, which mark our relationships. We learned to respect plurality and how not to be part of the patriarchal system that weakens through division. We often undertake struggles for material goods and forget the many assets we possess-- our bodies and our knowledge," said Rigoberta Gonzáles from Radio Ixchel who also stressed that this training allowed her to renew her strength to continue her struggle as a community journalist.

Cabnal emphasized, "The journalists are the ancestral tabaleras, the community spokespeople. They fight a daily struggle with manifestations of the machismo and the criminalization of their work. Community feminism contributes from its own view, promoting equity and living well for women and peoples.”

On September 17-21, 2017, ten women community journalists from El Salvador, Honduras, Nicaragua, Costa Rica, and Panama, gathered in Managua, Nicaragua to learn how to use an open source editing program, Audacity, and produce and edit their own radio pieces. "Fear can paralyze us, knowledge can frighten fears," said Francisca Díaz (Lenca) from Honduras who at 52 years had never touched a computer. Although she has more than five years experience as a community journalist in Radio Taragual, in La Pedernal La Iguala, she was never given a chance to produce her own programs, until now.

Díaz spoke of her dream to be a doctor but she did not have the opportunity to go to school and it was due to the need to communicate with the radio audience that she learned to read and write. Today, Díaz is an inspiration for young women. Díaz now serves as a doctor of traditional medicine through the radio program "The Medicine Truck."

Petronila Ch'umilkaj Tax, Radio La Niña in Totonicapán also spoke of the gender bias and discrimination she faces as a woman. "In my 12 years of doing community radio, I had never had the opportunity to produce my own radio pieces. This was a task delegated and assumed by men and therefore I came to think it was something complicated. However, now with this workshop, I learned not only how to do radio production but also managed to realize that there is nothing that a woman cannot do, if approached with dedication."

Both trainings were approached from a gender perspective and offered playful exercises aimed at revaluation of concepts surrounding female bodies and capacities as women and human beings, fundamental to raising women’s self-esteem and strengthening leadership skills of each of the participants.

Although the participation of women in most community radios stations is still not a priority, there have been some positive changes. Not only the directors, but also radio partners of the Central American Indigenous Radio Network, have begun to consider women’s participation as something positive and as an asset. After the conclusion of the trainings, there are 20 radio programs available on women’s issues produced by the participants, addressing issues of importance to women and Indigenous Peoples according to the context of each community and respecting the cultural practices of each region and country. These programs will be aired at the home radio stations, enhancing the programming of each station.