The threat of erasure of the Garifuna language is a real one for Garinagu (Garifuna people) in Belize. Recognizing that fact, the Executive Committee at Hamalali NGC Radio, a community radio station in Dangriga, southern Belize, has started a project titled “Ichiga Iiderebugu Hamalali” which means “Strengthening their voice.” The purpose of this project is to help a group of young Garinagu to improve their capacity in the Garifuna language so that they could produce a radio program in Garifuna that could be aired on Hamalali NGC Radio.  They have been meeting weekly since the start of the year to learn their mother language in the same way they have been taught the colonizer’s language. They have truly gone back to basics starting with the letters of the alphabet used in Garifuna with a catchy song to help with the learning too! They have learned how to say numbers, tell the time, and start a conversation in Garifuna.

To many, this may not seem like much but to the participants and the Hamalali Committee, this is a very big deal.  As the lessons are being taught, they are being recorded so they can be aired on Hamalali NGC Radio.  That way, not only the small group of young people benefits from these sessions, but the wider community gets to learn or fine-tune their knowledge of the Garifuna language as well.  Garifuna was primarily an oral language, however, over the years and with much work by Garifuna linguists and scholars, the Garifuna language has been documented – at least two Garifuna dictionaries have been produced – and several works have been published in the Garifuna language.  The Facilitator of the Furendei Garifuna (Learning Garifuna) training program is Dr. Gwen Nuñez-Gonzalez, a Garifuna cultural activist and icon in her own right, who has also produced a game in Garifuna to help in promoting and preserving the Garifuna language. 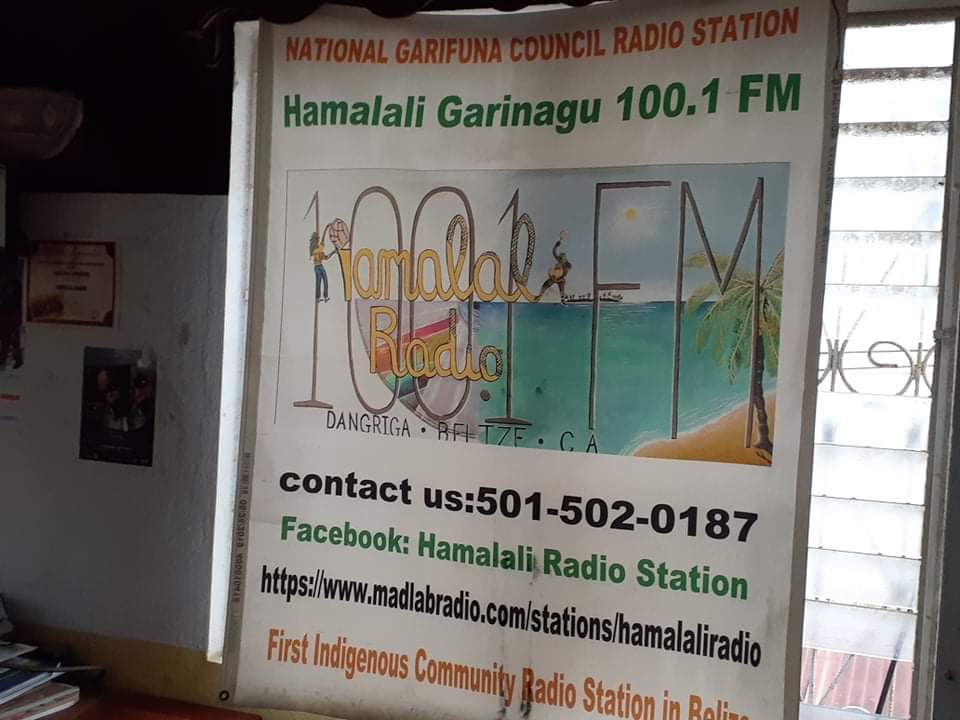 The threat to Garifuna language preservation began years ago when Catholic schools were established in Dangriga with nuns and priests as teachers and administrators.  National Garifuna Council President Sandra Miranda recalls in a recent interview that a nun whipped her and a friend for speaking Garifuna on the school grounds.  Their parents were also discouraged from speaking Garifuna at home. As the process of colonization continued through the education system, many Garinagu gained academic excellence, mastering the colonizers’ language while at the same time losing their own.  Even in situations where Garinagu who had achieved higher education still retained Garifuna language, many did not pass it on to their children.  This pattern would continue for years to follow.  Added to the dilemma was the experience of brain drain when hundreds of Garinagu left their communities to seek educational and job opportunities elsewhere including faraway places like the United States.  This would contribute to a downward spiral as it regarded Garifuna language and overall Garifuna cultural survival.

In the face of these challenges, several efforts have been made over the years to minimize this seemingly inevitable threat to Garifuna cultural survival.  The National Garifuna Council (NGC) was born with the mission to protect, promote and preserve Garifuna language and culture. This “Strengthening their Voice” project builds on efforts the NGC made in the past to use radio as a means of promoting Garifuna language and culture as far as the radio could be heard.  Back in the ’80s, the NGC produced the “Garifuna Half Hour” that aired every Sunday afternoon on Radio Belize.  It was the one time each week when the Garifuna language would be heard for 30 minutes over the airwaves, and this show ran for approximately 10 years to the ’90s.  The only other time that Garinagu people could expect to hear their language on the radio was when Radio Belize aired the Miss Garifuna National Cultural Pageant in November each year.  That also occurred for about 10 years until the government-owned radio station closed down. 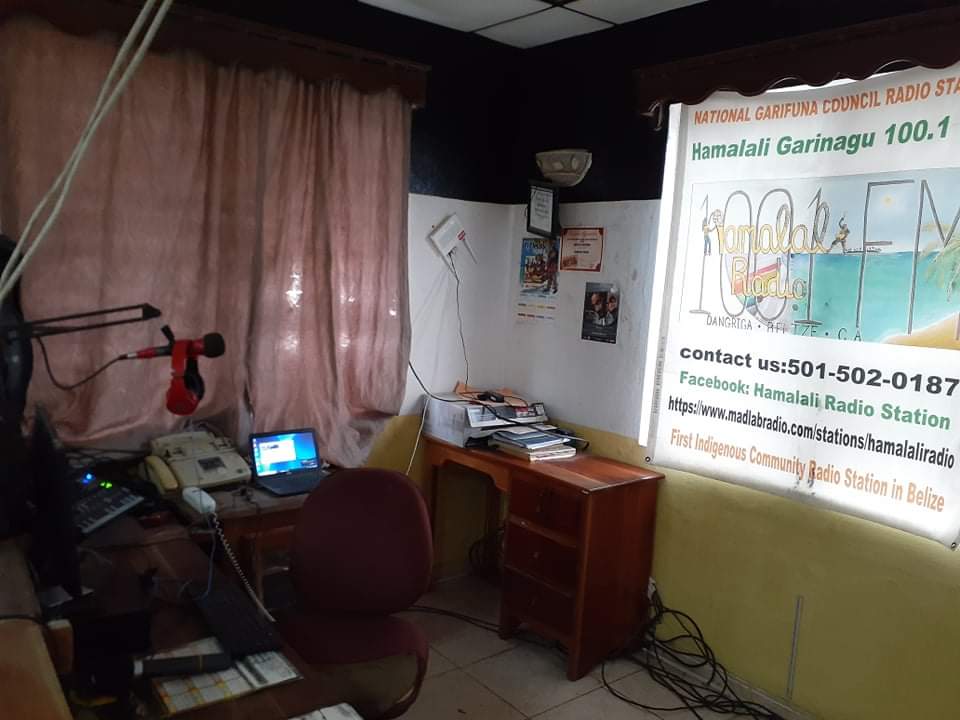 Fast forward to 2002 and the NGC was able to set up Radio Hamalali station that would allow for the Garifuna language and culture to be promoted every day and all year round.  Finding people, especially young people, who were fluent in Garifuna and knowledgeable of Garifuna culture posed a challenge, year after year, however, this project has brought hope and true possibility for Hamalali NGC Radio to fulfill its vision of being “the premier medium for disseminating relevant and factual information regarding Garifunaduaü (Garifuna-ness) …”  By the end of the project, participants are expected to develop their own radio programs in Garifuna highlighting an aspect of Garifuna culture that interests them. The program they produce will be aired on Hamalali NGC Radio and the hope is that these young Garinagu will continue to engage in Garifuna language and cultural preservation through their own regular program on the radio.  They already held their first in-studio training in which they were able to greet the radio audience in Garifuna, taught listeners the months of the year, days of the week, letters of the alphabet plus numbers in Garifuna, and the trainees were introduced to the radio broadcasting equipment. The steps may be small and sometimes slow, but they are certain in getting to the ultimate goal of “Strengthening their Voice (Ichiga liderebugu Hamalali).”

-- Ifáṣínà Efunyemi (Garifuna) is a Belizean writer, educator, journalist and advocate.  She started her career in media in 1997 as a reporter for the radio station Love FM.  She also wrote for a local newspaper, the Stann Creek Star, in the town she lives in southern Belize, Dangriga.  She currently hosts her own weekly show called Speak Out! on the local radio station Hamalali NGC Radio since 2014.  She highlights activities for Women’s Month, 16 Days of Activism and the work of the National Garifuna Council Dangriga Branch.  She holds a B.A. in Media and Communication from the University of the West Indies and numerous certificates from trainings in media and journalism.

Hamalali NGC Radio is a Cultural Survival Indigenous Community Media Fund grant partner. In 2020, the Fund supported 35 community media projects in 8 countries, totaling $214,000. With this grant, radio productions in Garifuna and Spanish were produced with community participation on issues of water accessibility, economic sovereignty, food banks, prevention and care, as well as collective rights in times of lockdown during COVID-19. These programs are available in the Garifuna, Q’eqchi ’and English Indigenous languages for Garifuna and the Mayan Q’eqchi’ Peoples.