#SOSPuebloShuar: Respect the Right to Free, Prior, Informed Consent in Ecuador 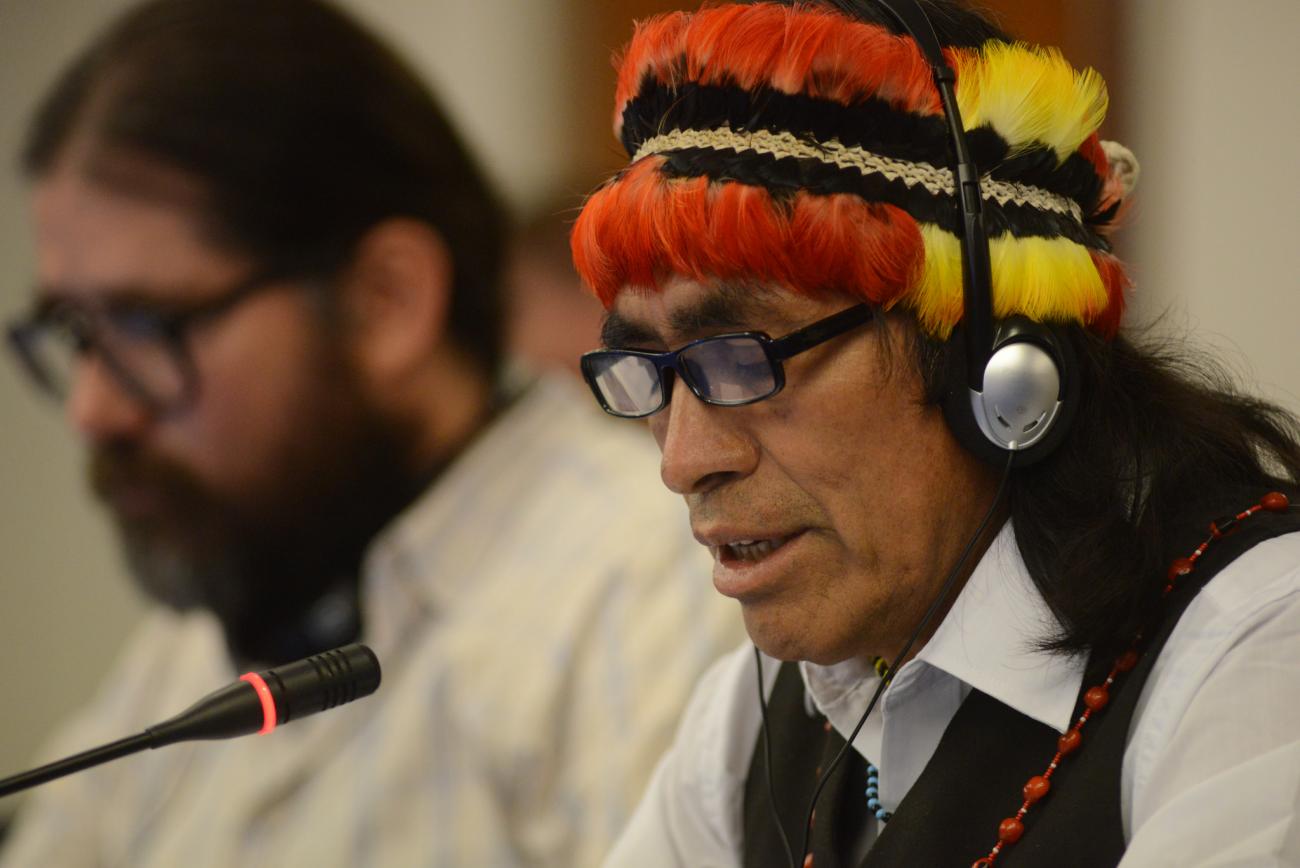 Photo: Domingo Ankuash of the Shuar speaking at the Inter-American Commission in Washington DC.  By Daniel Cima.

Cultural Survival condemns the action of the Ecuadorian government in the raiding of the Shuar federation, FICSH (Federación Interprovincial de Centros Shuar), and the arbitrary detention of its president, Agustin Wachapa, on December 20, 2016.

The Shuar have been organizing to defend their ancestral lands from the development of a Chinese copper mine. Under the San Carlos Panantza copper project, the Ecuadorian government conceded 41 thousand hectares of land to the Chinese mining company ECSA for a period of 25 years. The project, currently in the exploration phase, is estimated to deliver around $1200 million USD in annual profits.

To make way for the mine, the Shuar community of Nankints was evicted in August 2016 without their Free, Prior and Informed Consent, in violation of Convention 169 of the International Labor Organization, the Ecuadorian constitution, and the UN Declaration on the Rights of Indigenous Peoples.

Since the evictions, violent clashes have broken out between individuals seeking to regain control of their homes and ancestral lands and military and police who are stationed to guard the property and employees of the mine. Now, the government has declared a “state of exception” in the province of Morona Santiago, and militarized the community of Nankints with hundreds of military personnel, tanks, and trucks, and helicopters.  The state of exception strips Indigenous residents of the rights to freedom of movement, freedom of association, freedom of assembly and inviolability of the home, among others.