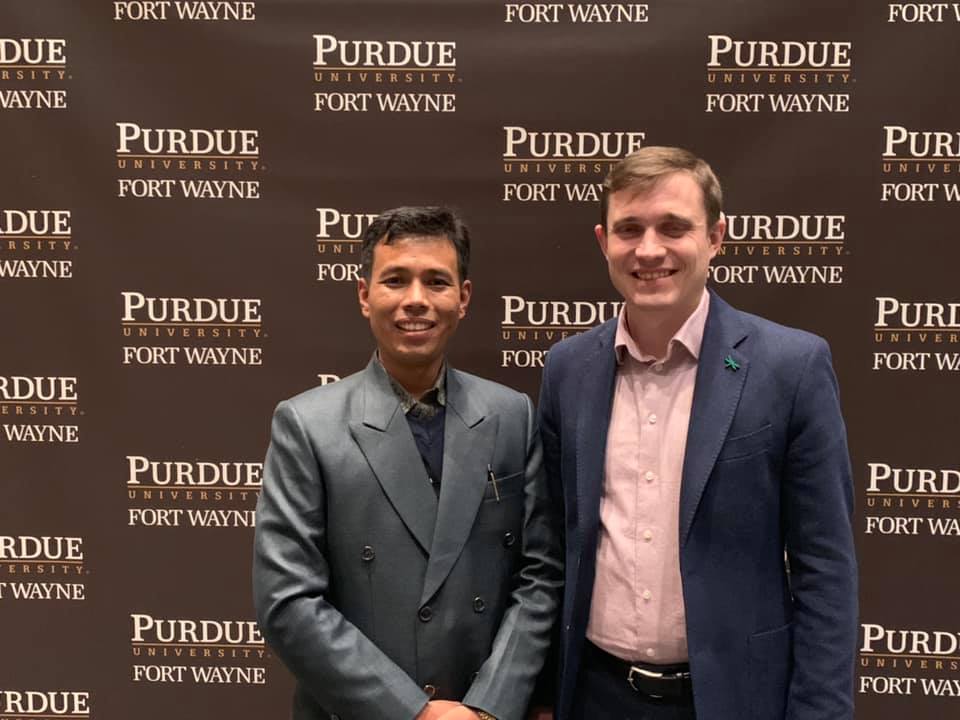 On October 30 - November 2, 2019, Purdue University in Fort Wayne, Indiana, USA, hosted a four-day conference to celebrate the world’s Indigenous languages by raising awareness among universities and other actors about the global movement for Indigenous language revitalization and promotion.

UN General Assembly proclaimed 2019 as the International Year of Indigenous Languages to raise global attention on the critical risks confronting Indigenous languages and their significance for sustainable development, reconciliation, good governance and peace-building. At least 43 percent of the 7000 languages spoken in the world are endangered.  Many of these belong to Indigenous Peoples and if action is not taken soon, UNESCO predicts that as many as 3000 Indigenous languages will be lost by the end of this century.

According to UNESCO, the secretariat for this global campaign has prepared draft action plans and is advocating for the UN General Assembly to declare the year 2021-2022 as a preparatory year and proclaim 2022-2032 as International Decade of Indigenous Languages.  a measure adopted unanimously by the Third Committee of the UN General Assembly by resolution. 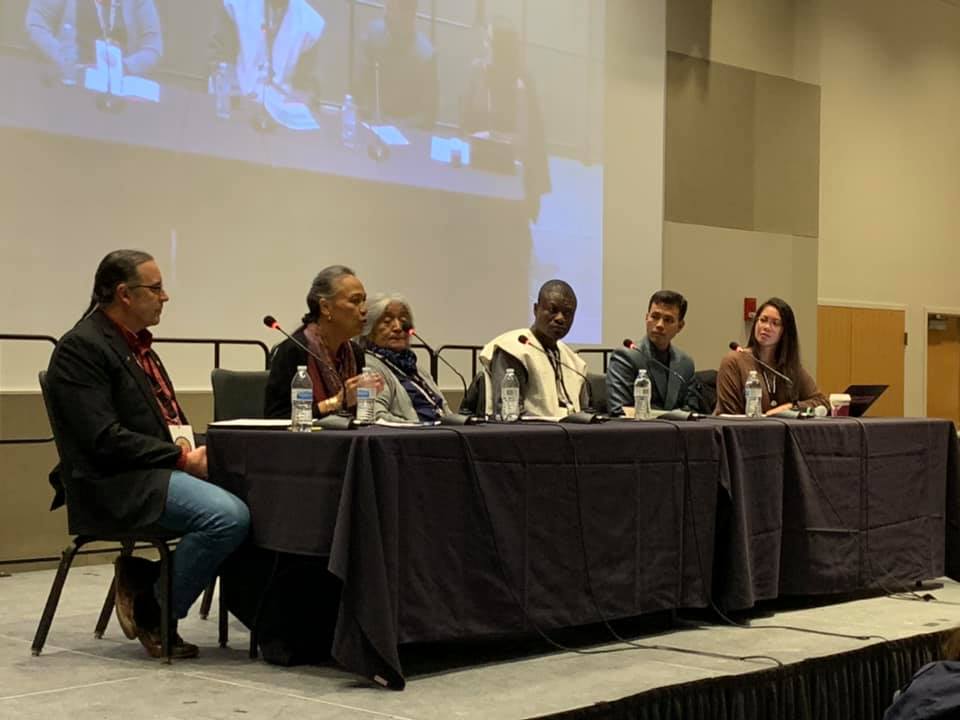 The aim of the symposium was to create a space to bring Indigenous perspectives to the forefront through discussions, keynote presentations, interactions between Indigenous language speakers with academic scholars, educators, and policy makers. It equally aimed to share the initiatives undertaken on the ground and to explore the diverse perspectives in revitalization of Indigenous languages and to engage the wider community in the preservation of Indigenous languages, according to Shannon Bischoff, a member of the conference organizing committee. Bischoff commented that coordinated cooperation and collective action around the world are the key to achieving the major objectives of the International Year of Indigenous Languages. The International Year’s main objectives are to “focus global attention on the critical risks confronting Indigenous languages, their significance for sustainable development, reconciliation, good governance and peacebuilding; take target steps that will improve quality of life, enhance international cooperation, strengthen intercultural dialogue, reaffirm cultural and linguistic continuity; and to increase the capacity of all stakeholders to take measures that will support, access and promote indigenous languages in accordance with the legitimate rights of the people who speak them.”

“The loss of language is the  loss of everything-- the loss of our culture, knowledge systems, oral literacy, cultural practices, artistic skills, our history,” said Nicholas Barla, member of UNESCO’s International Year of Indigenous Languages Steering Committee, adding, “therefore revitalization of languages today should be the most important undertaking of all academia, educational institutions, government etc.” 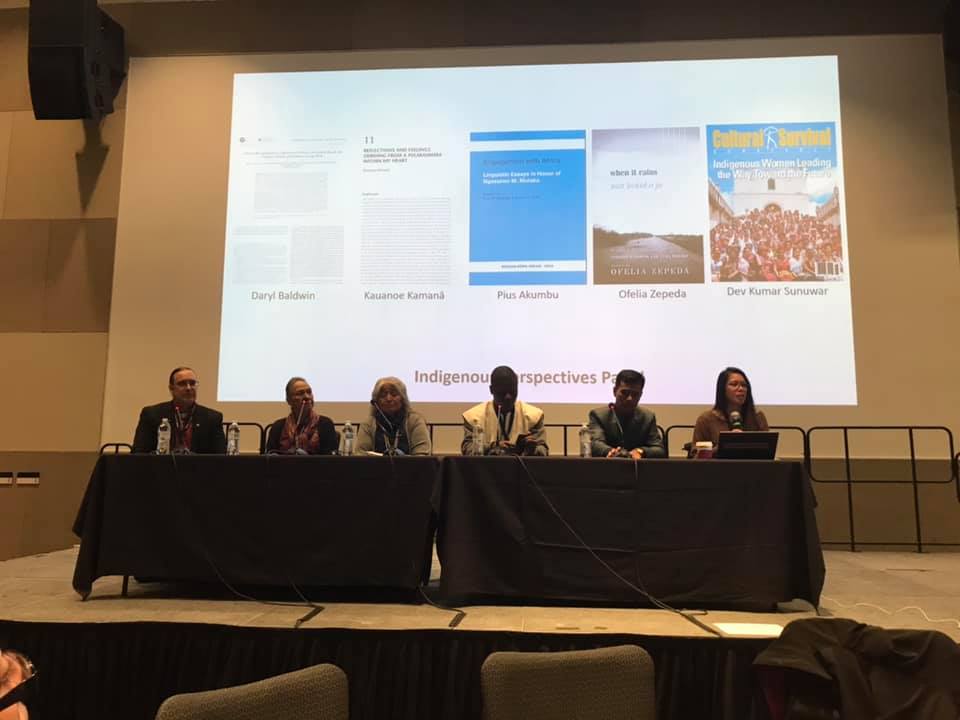 The reason for language loss is that Indigenous Peoples are living under threats themselves. Academics presenting papers at the symposium stated that governments have launched mother tongue education in schools in many countries across the globe, but have not allocated adequate resources for teachers and for the production of learning materials. Moreover, many Indigenous children do have access to adequate education services and not have access to favorable environments in the classroom, which contributes to loss of their mother tongues.

Historically and even in some cases today, in many parts of the world Indigenous Peoples were discouraged from, forbidden, and even punished for speaking their languages. As a consequence, many have lost their vocabularies and associated knowledge of how their community named their specific world. Many Indigenous Peoples are traumatized about the profound loss of their languages.

To some extent, the International Year of Indigenous Languages, has raised awareness and gained some momentum for communities as well as States to work to maintain and revitalize the languages. Language activists like Richard Grounds (Yuchi) have been pressing for involvement of more Indigenous people in the organization and implementation of the International  Year. “[IYIL] organizers had failed to address the most relevant context of all: the oppressive colonialism that is choking our languages, while at the same time soaking up all the available funding—as is the nature of colonial relations...the longstanding pattern of funding Indigenous language work has hardly budged from the old, unquestioned arrangements set up under raw intellectual colonialism. The priority in the colonial model is always to document and collect raw Indigenous materials that can be taken away, processed in Western intellectual mills, and stored in colonial capitals rather than investing directly in living Indigenous communities and their knowledge systems,” writes Grounds, “the absolutely critical outcome for the Year is the growth of new language speakers within our Indigenous communities in order to ensure the life of our languages for generations to come.”

Speaking at keynote panel during the symposium, Aleksey Tsykarev, member of UNESCO IYIL Steering Committee and a member of the UN Permanent Forum on Indigenous Issues (UNPFII) said, “language loss and revitalization are human rights issues. The revitalization efforts of Indigenous languages should not be looked at without addressing Indigenous Peoples’ larger struggles for self-determination and their rights.”