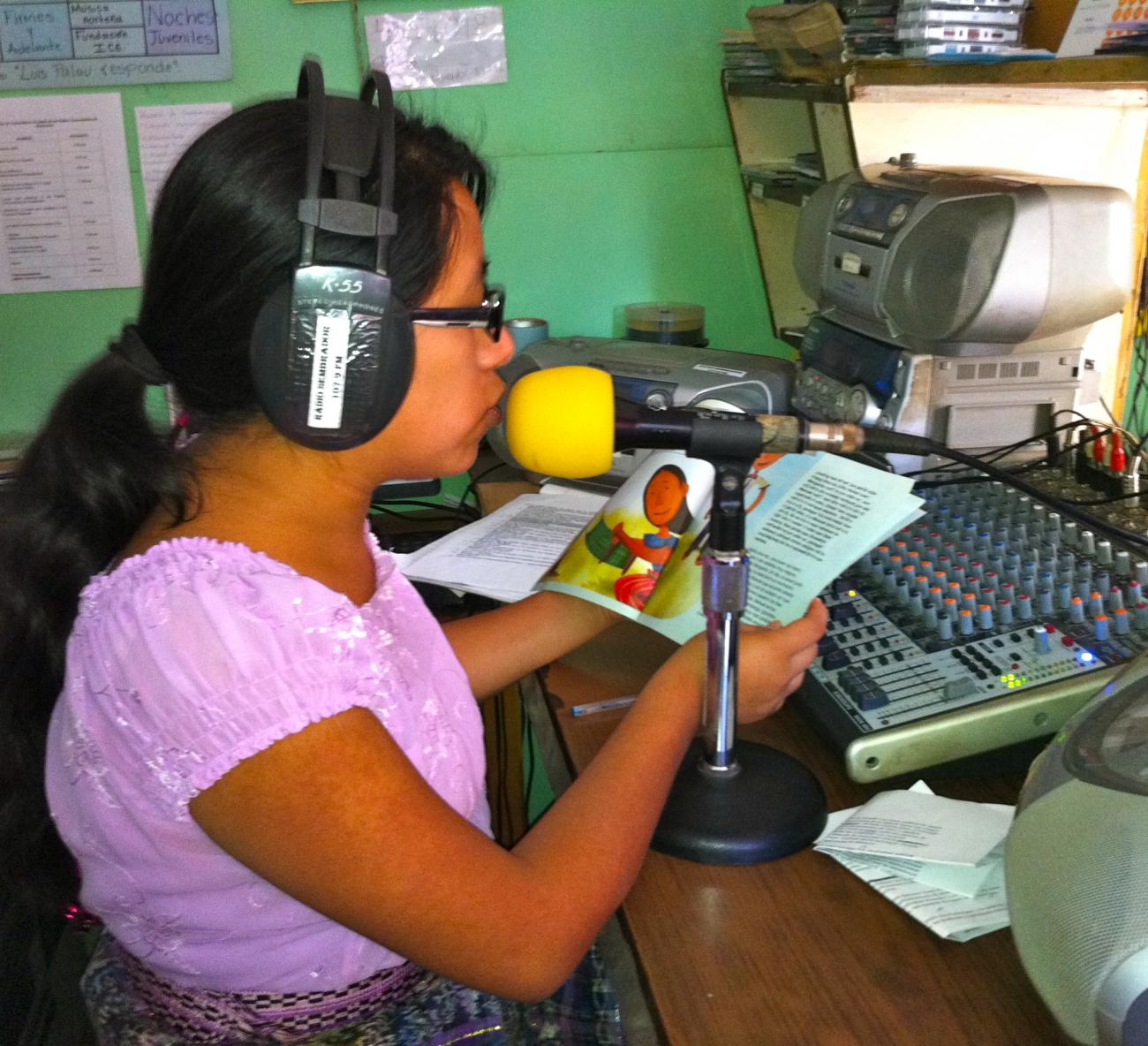 The community radio station Radio Sembrador is located in San Pedro La Laguna, one of the larger communities surrounding the popular Guatemalan tourist attraction Lake Atitlan. In the midst of this picturesque town filled with carefree tourists is a community radio station that is dedicated to informing and empowering the local Indigenous population in the area. Radio Sembrador is almost 15 years old and has a loyal following in the community. The many visitors that dropped in to say hello during our visit at the station evidenced their large network of supporters.

The station airs programs in Spanish and Tz’utujil, the Mayan language spoken locally. Germán Xet Ajic, one of the radio station volunteers, has a number of programs in Tz’utujil, one of which is dedicated towards providing news regarding current political and cultural issues. His job is an important one, because for many Indigenous people in San Pedro, this is the only way that they are able to keep informed on current events. The Guatemalan newspapers are inaccessible for the many people who are unable to read in Spanish. During our visit, Germán stated that “it is very important for me to provide multiple perspectives on my program, I don’t want my listeners to have a biased opinion.” He recognizes that the job of being one of the sole news sources broadcasting in Tz’utujil is a great responsibility, and he takes pride in the work that he does.

The daily schedule for radio spots at Radio Sembrador.

Radio Sembrador has a busy schedule, broadcasting from 6a.m. until 9p.m every day. The long days are filled with programming aimed at bettering the community and restoring their culture and language. They have weekly youth programs that are run by an 11-year-old girl and a 12-year-old boy; two women’s programs that focus on themes such as violence, education and equality; and programs about pertinent issues such as caring for the environment and the importance of the community radio movement. Brenda Garcia is a volunteer who works at the stations 6 days per week, hosts two women’s programs, and oversees the Saturday morning children’s program. She believes that “the presence of youth and women on the radio is so important…we have youth discussing youth issues and women discussing women’s issues, and wouldn’t have it any other way”.

Mayra Ignacia Mendez, one of the hosts of the children's program, with some local girls who stopped in to say hello to their families on the radio.

It is stations like Radio Sembrador that we are fighting to support. The importance of communities being able to create their own programming in their mother tongues cannot be overstated.  This is something that is reiterated time and again by members of these community radio stations and their supporters. Yet today, stations such as Radio Sembrador find themselves in precarious positions, due to the discriminatory nature of the telecommunications laws in Guatemala. Despite their situation, station members remain hopeful, positive, and committed to their cause.