Pope Francis Apologizes to Indigenous Peoples for the “Grave Sins” of the Church During Colonial Era; Yet Doctrine of Discovery Still Stands 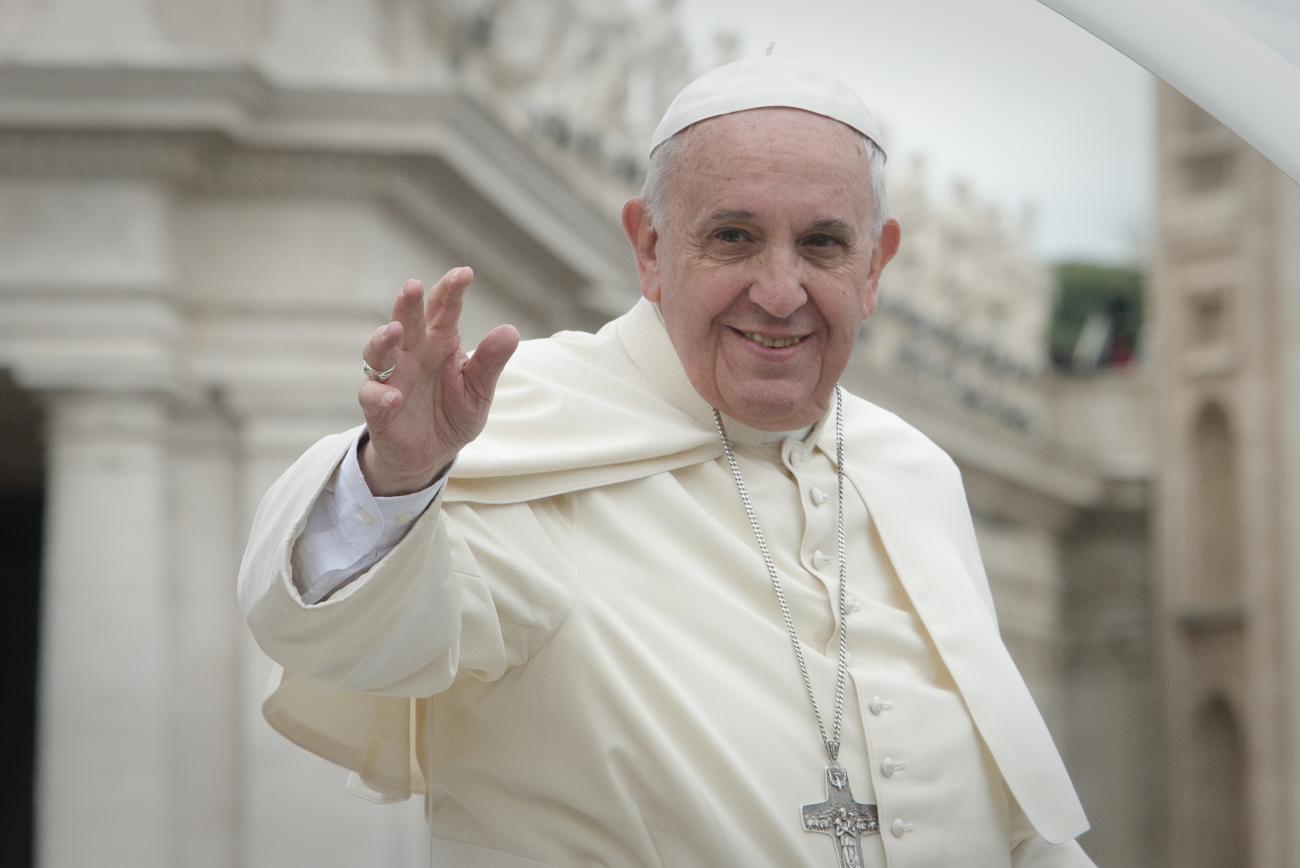 On July 9, 2015, during an encounter in Bolivia with Indigenous groups, activists, and Evo Morales--Bolivia’s first Indigenous president, Pope Francis apologized to the Indigenous Peoples of America for the Catholic Church’s role in the brutalities of colonization. "I humbly ask forgiveness, not only for the offenses of the church herself, but also for crimes committed against the Native peoples during the so-called conquest of America," he said to enthusiastic applause from the crowd. The Pope noted that apologies had been made by the church in the past, notably in a 1992 apology from St. John Paul II in the Dominican Republic, but Indigenous attendees said that Pope Francis’s apology was especially poignant given its delivery in South America’s poorest country by the first ever Latin American head of the church. “Some may rightly say, ‘when the pope speaks of colonialism, he overlooks certain actions of the church. I say this to you with regret: many grave sins were committed against the Native people of America in the name of God,’” Pope Francis said in recognition of the failures of the Church and the shortcomings of past apologies. The apology was especially significant given the controversy created in 2007 during the last papal visit to the continent, when Pope Benedict XVI claimed that Indigenous people had wanted to be christianized. "In effect, the proclamation of Jesus and of his Gospel did not at any point involve an alienation of the pre-Columbus cultures, nor was it the imposition of a foreign culture," Benedict told the continent's bishops.

The Church was responsible for a variety of abuses during the conquest and colonial period, justified by the Doctrine of Discovery, written by Pope Alexander VI in 1493, which said all lands not inhabited by Christians were available to be “discovered,” claimed, and exploited by Christian rulers. The Doctrine of Discovery was the basis for all European land claims in the Americas as well as the foundation for the westward expansion of the United States. During the same era, Catholic missionaries facilitated the Spanish encomienda system, which subjected thousands of Indigenous people to forced labor and untold suffering. The Doctrine of Discovery has been condemned as a violation of the fundamental human rights of Indigenous Peoples by the United Nations, who criticized the policy as “racist, scientifically false, legally invalid, morally condemnable and socially unjust.” The doctrine has never been repealed and is still cited today as evidence that nomadic American peoples do not own the land they occupied; in 2005, Supreme Court Justice Ruth Bader Ginsburg cited the Doctrine of Discovery in a land claim ruling against the Oneidas. Indigenous communities throughout the Americas along with a variety of religious groups have called upon Pope Francis and his predecessors to repeal this threat to Indigenous land rights. The Leadership Conference of Women Religious, which represents about 80% of US nuns, approved a resolution last year asking the pope to rescind the 15th century document and the American Indian Law Alliance, in collaboration with the Onondaga Nation, issued a similar appeal within a few months. Controversies surrounding the Church’s treatment of Indigenous peoples in the past have been persistent, and given the continued existence of the Doctrine of Discovery and attempts by the Church to deny the lasting impacts of devastating evangelical policies, an apology is only the first step.

In his eight day tour of South America, the “pope of the poor” addressed a variety of human rights and environmental topics. At a public mass in Bolivia, Pope Francis criticized the “throwaway” culture of today’s society. "It is a mentality in which everything has a price, everything can be bought, everything is negotiable," he said. "This way of thinking has room only for a select few, while it discards all those who are unproductive." He called for a global social movement to erase the “new colonialism” which has created materialism, inequality, and exploitation of the poor. In Ecuador, he delivered a speech calling for the preservation of the Amazon rainforest and the people who live there. "Ecuador – together with other countries bordering the Amazon – has an opportunity to become a teacher of integral ecology. We received this world as an inheritance from past generations, but also as a loan from future generations, to whom we will have to return it," he said as he asserted that protecting the environment was not a choice, but a moral duty.