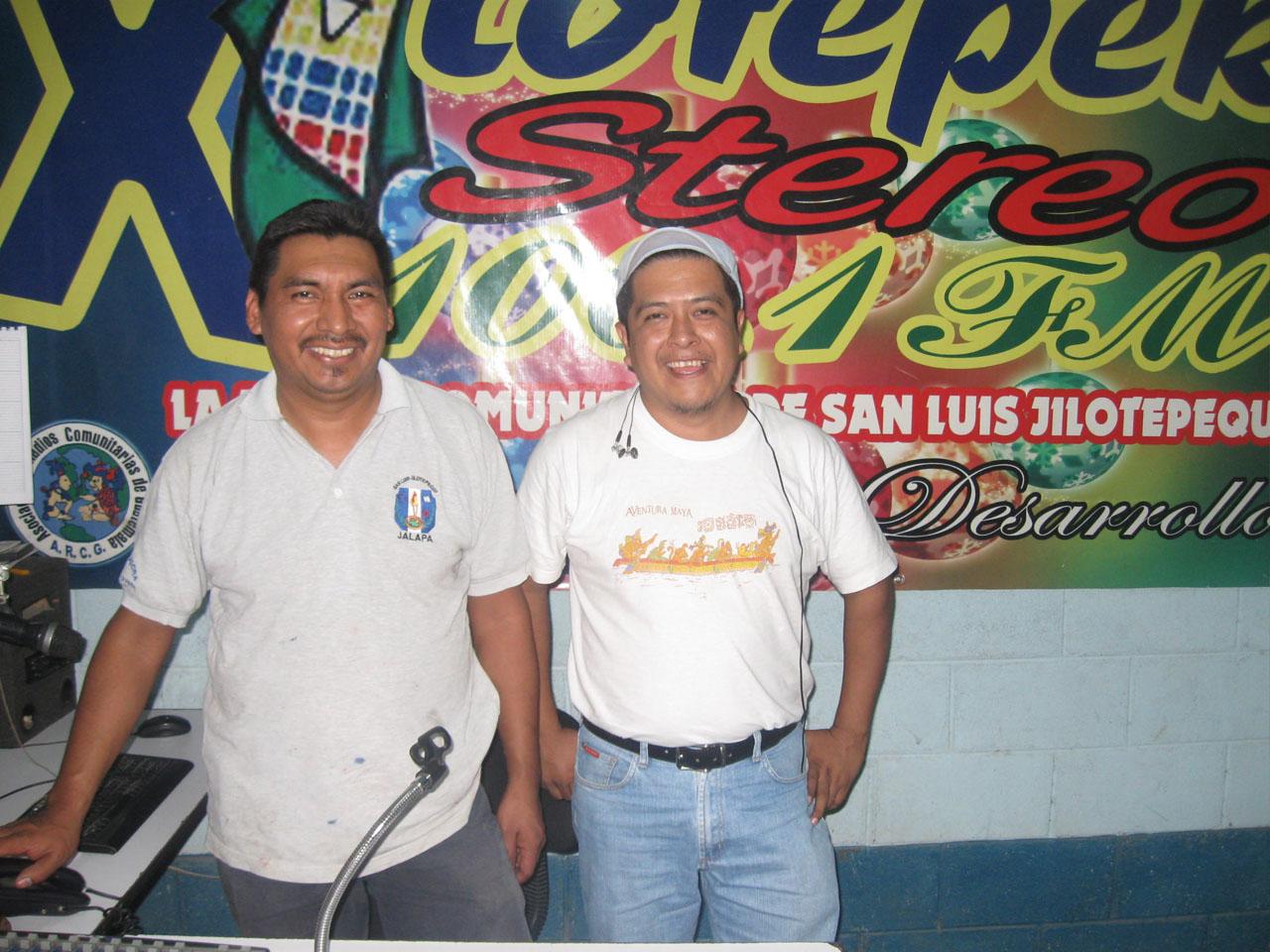 San Luis Jilotepeque is a town in the department of Jalapa, located on the southeast of Guatemala.  It is a community where two cultures meet- the mestizo population with the Poqomam Maya.  According to history, the Poqomam people were divided by the Spanish during the time of the invasion, which explains why today the Poqomam people are found in different pockets of central and southern Guatemala.

A group of neighbors joined together in 2009 to form the community radio radio station Xilotepek Stereo. Together they drew up a list of objectives for a radio station: “to use communication to promote the community participation in town-wide decisions, by informing, educating, and promoting human values and equality,” explained Victor Sanchez, the station’s director.

Since 2009, the station has been broadcasting town-wide social events, cultural celebrations, politics, and local sports, with live coverage on location. The station also broadcasts local and national music, hosts interviews, and runs programming on customs and traditions of the community of San Luis Jilotepeque.

Volunteers of the station include youth, adults, and elderly members of the community, all of whom have been eager to participate. The station has been a member of Cultural Survival’s pilot radio program since last year, where they are learning more about community communication and hoping to be able to expand the content of their programming.

Cesar Gomez  (pictured right) and other Cultural Survival Staff visited with radio director Victor Sanchez in February 2012. Both Cesar and Victor speak Pocomam, one of the minority Mayan languages which exists only in small pockets across the country. The low watt radio tower over the station and a young volunteer broadcasts inside the radio cabin.
Photos by Danielle DeLuca.
Country
Guatemala
Issues
Languages and Cultures