Peru’s New President Must Act on Oil Clean Up, say Indigenous Federations of the Amazon 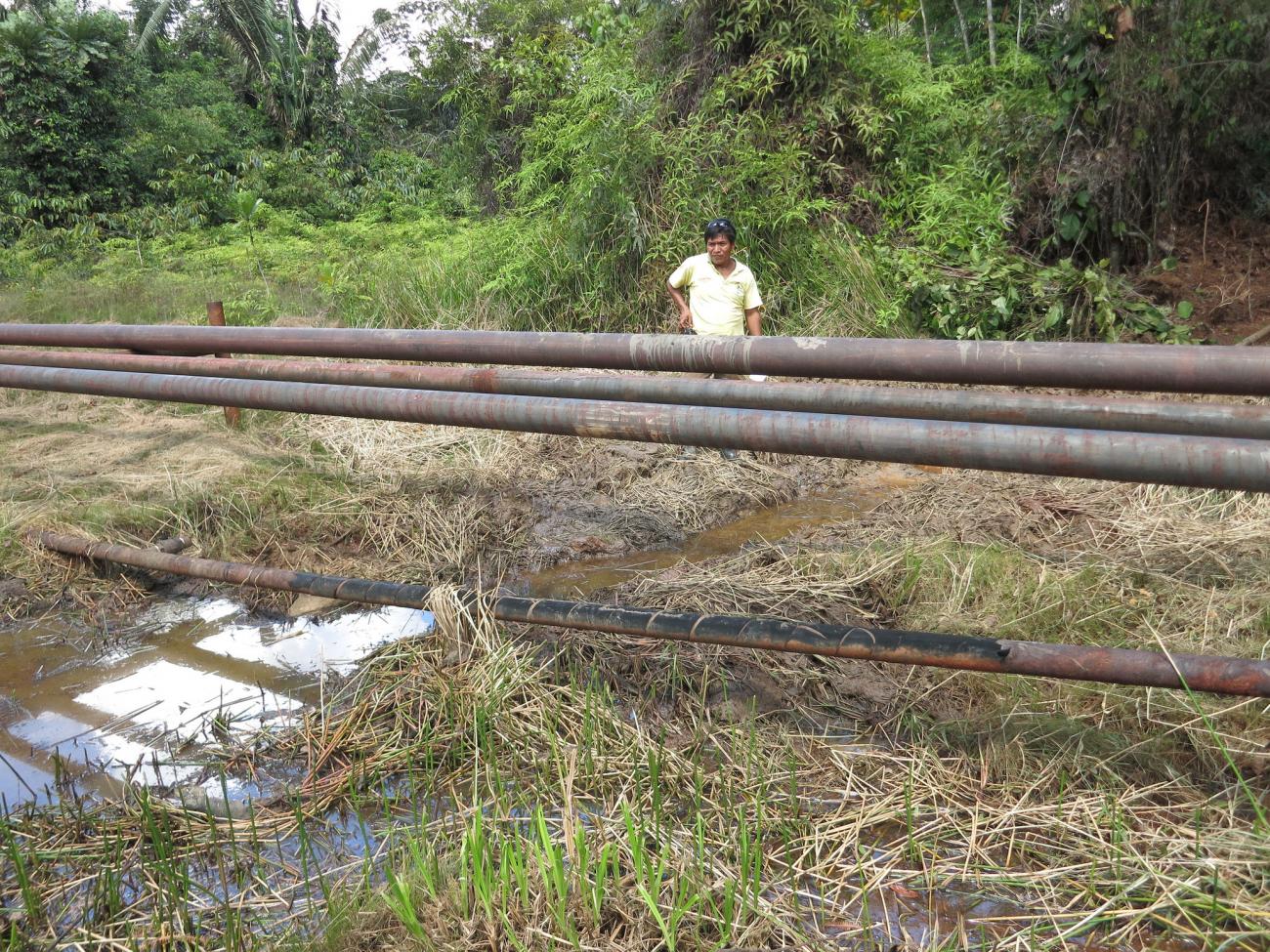 On September 26, 2016, traditional Indigenous leaders of Peru traveled to Lima to meet with new Kuczynski administration officials regarding the remediation of contamination in their territories.  Communities are concerned that the new administration of Pedro Pablo Kuczynski, who was sworn in as president in July after winning on a campaign of equality and social change, has not given an adequate response to the Indigenous federations who for decades have participated demonstrations, strikes, and roundtable negotiations to demand adequate clean-up for oil contamination.  The Indigenous federations made their demands clear to the new administration during a meeting in July after he took office, and said that since then,  state officials have not prioritized the problems in the Indigenous Amazonian territories regarding their right to live in a safe environment in an effective and encompassing way.

In their September meeting, Apus or traditionally elected leaders from Indigenous federations of FECONACO, FEDIQUEP, OPIKAFPE, and ACODECOSPAT were following up on agreements signed on August 22nd to clean up Lots 192 and 8, where petroleum companies have operated for 45 years leaving a toxic and growing legacy of contamination.

Over a year ago, the Peruvian government’s Environmental Fund approved 50 million soles (14.9 million USD) to clean up a number of specific areas, but the work has yet to commence. The federations are now specifying additional sites of contamination that must be included in plans for remediation, including Ushpayacu, an expansive area that was improperly remediated by the previous operator of the oil wells, Pluspetrol. Ushpayacu is just one of the over two thousand contaminated sites identified in Lot 192.

Apu Aurelio Chino Dahua, president of FEDQUEP  believes President Kuczynski must respect the negotiations that we began with the Ollanta Humala administration. “We have signed agreements and many of them have not been carried out,” said Apu Aurelio to LaMula.pe.

“The new authorities know very little about our struggle, our demands, and our reality. Will we start where we left off, or will we need to start from scratch? We cannot go backwards. The new government says that it’s going to bring attention to Indigenous Peoples. This shouldn’t be something exciting and new, this should be the norm. We are Peruvians, just like everyone else… We are Indigenous and we deserve respect. Just like the people in Lima who want to live in peace, we do too. Just like they worry about the future for their children, we do too.”

Just in the past few months, at least nine spills have taken place. Two were reported by Peru's Environmental Evaluation Body, OEFA on August 22nd and two more on September 24th.  The latest was just last week on October 14th. The 45 year-old pipeline infrastructure that runs across the traditional hunting and fishing lands of the Indigenous communities in the Amazon in many places is rusted, damaged, and urgently needs repair.  But the company negligently ignored these needs, and when spills inevitably happened, hid the evidence by covering oil spills with fresh dirt, rather than extracting the oil and remediating the area. This has led to deep contamination of the groundwater as well as flora and fauna that the communities use for their daily consumption.

Today children and families in the area have no other choice than to eat contaminated food and drink, wash, and bathe in contaminated water. The magnitude of the contamination is overwhelming.

In September, an Indigenous Quechua mother from Peru spoke to the UN Commission on the Rights of the Child in Geneva.  “I come here in representation of our children in contaminated zones, that each day are eating contaminated fish, and contaminated meat,” said Imelda Chung, of FEDIQUEP, before a special general debate session at the United Nations focusing on children and the environment on September 23rd.

She presented her intervention along with other populations affected by the presence of contamination and toxic waste in their territories and communities. “We cannot avoid the contamination, and yet the oil spills continue to happen. The hydrocarbons, lead, and cadmium are in our bodies. I grew up in an era of contamination- I am contaminated. But I don’t want my children or my grandchildren to continue being contaminated. “We don’t have health services, and our children need adequate care,” she denounced.  Her intervention concluded with a demand to the President of Peru, Pedro Pablo Kuczynski: “I don’t know how to tell the President another time, that he come to visit us and see for himself the situation that we are living, for the past 45 years no one from the government has come to visit, except to install oil companies. I want the contamination to end and for remediation to begin; I want to be certain that there will be no more contamination,” she concluded.