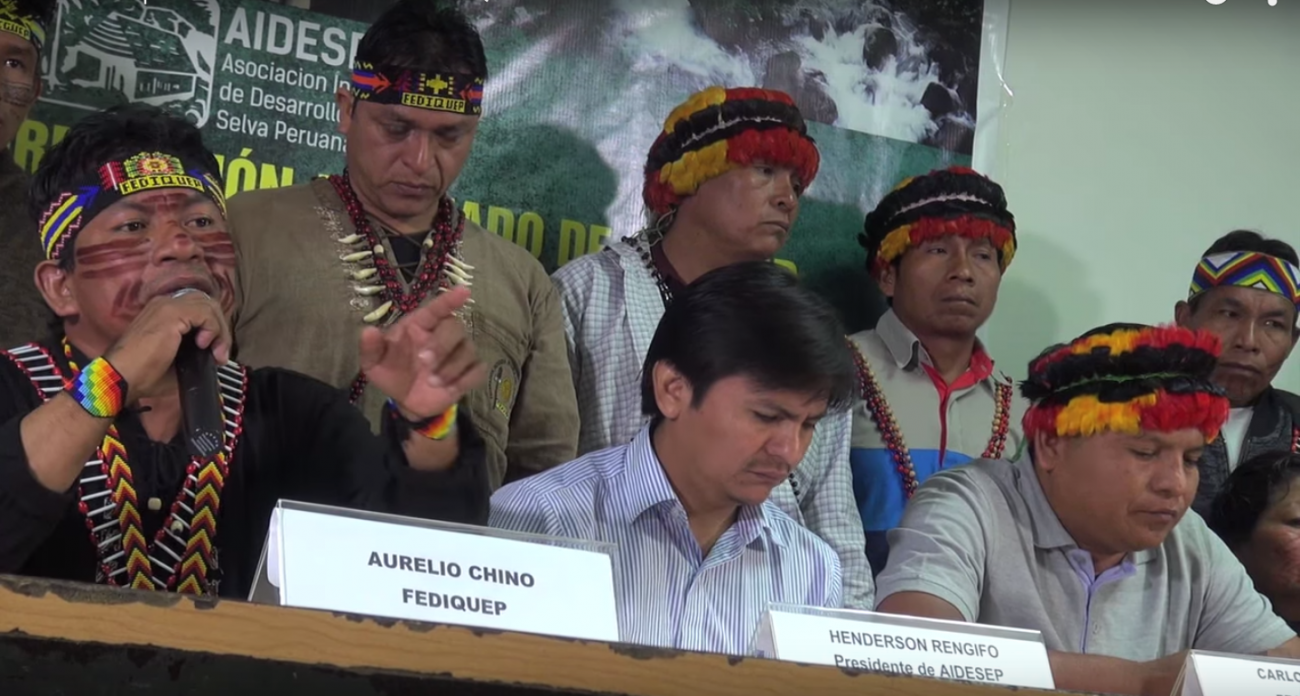 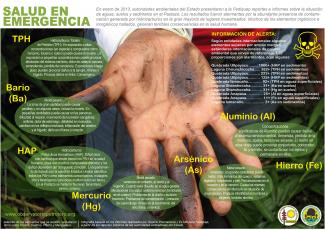 On September 1st, 2015, the government of Peru announced that the process of prior consultation over oil concessions in the Peruvian Amazon had ended, despite agreements failing to be reached.  A series of formal dialogues regarding Lot 192 between the Ministry of Energy and Mines and the Indigenous Peoples organizations ended unsuccessfully at the end of August, 2015.

Block 192 is the most important petroleum license in Peru, accounting for roughly 17 percent of Peru’s oil production.  The concession, held by Argentinian company Pluspetrol, expired at the end of August, and a process of consultation is required by Peruvian law and backed by international laws before a new concession is approved.

Yet no agreement has been reached during the process of consultation. The announcement of its conclusion has been called arbitrary by Indigenous leaders.   “There are 16 points in the process of prior consultation that have not been made clear, like the land titling, payment for the use of our lands, compensation for the environmental degradation, and remediation.  This is why we have not signed onto the act with the government. We want the state to guarantee our rights,’’ explained Carlos Sandi,  President of FECONACO.

The dialogues, which have been taking place on and off since 2011, ended with no agreement between the government and  Indigenous representative organizations, including Federacion Indigena Quechua del Pastaza (FEDIQUEP), Federación de Comunidades Nativas del Corrientes (FECONACO), ACODECOSPAT and AIDESEP, as to what actions will be taken to further consult and honor the wishes of the Indigenous communities who have been living with contamination on their lands for over 40 years of oil extraction.

The government was aiming to ratify an agreement stating that the Indigenous groups would receive 0.75% of the production gains from the oil wells, which are located on Indigenous territories along four  river watersheds in the department of Loreto, the Pastaza, Corrientes, Tigre, and Marañon rivers.  Known as Lot 192, the land has been used for oil extraction since the 1970s leaving devastating environmental and health emergencies.

In a letter to President Ollanta Humala, Indigenous leaders stated the following:
“In the single-track agenda focused on “benefits’’, our demands for the fundamental aspects of the recognition of our rights and the future of our communities and territories, including the rights to land, a healthy territory without contamination, and the right to participation, were made invisible and were suspended.”  Monetary gain is not the primary interest to the communities.  Rather, what they are seeking is remediation of existing environmental contamination before considering new exploitation.

The letter continued:
“We want to communicate that the process of consultation for Lot 192, moving into its 6th stage, ‘Intercultural Dialogue’ has set a negative and difficult stage for the strenuous process of  building trust between the federations and the state, and references the historic process of dialogue that our Indigenous Peoples have sustained with the Peruvian state. Our dialogues have tried to address the complex problems resulting from 45 years of petroleum exploitation, and guarantee collective and territorial rights to communities that are highly vulnerable in front of the possible impacts of 30 more years of hydrocarbon extraction.’’

“We believe that the dialogue process of the consultation has not fulfilled the fundamental principles like good faith, reasonable timeframe, and interculturality, which are requirements of the Law of Prior Consultation,” which was passed in Peru in 2011.

The vision and proposals of the Achuar and Quechua Peoples of the Pastaza and Corrientes as they face the next 30 years of petroleum activity in Lot 192 have been documented and delivered to the state of Peru and the companies, but have not been adequately addressed.

This video shows traditional leaders of the Indigenous Federations of the Amazon River basins expressing their requests of the State:

“We emphasize that as of now, we have not signed any agreement with the state regarding the prior consultation for the concession of Lot 192. We reiterate our disposal to continue dialoguing, and our firm commitment and respect for the principles of the right to prior consultation.”

Indigenous communities have revealed the government's dismissive and disrespectful behavior throughout the dialogues, although press releases from the Ministry do not acknowledge this fact. “We are furious at the incapacity and poor management demonstrated by the State in the dialogue process of Prior Consultation of Lot 192.”

Meanwhile, frustration over failed consultation for another oil concession led to Indigenous organizations occupying an airfield in Trompeteros which controls access on what is known as Lot 8.  Loreto governor Fernando Melendez Celis noted, “These types of things will continue to happen because there hasn’t been transparency in the [concessioning] process, which is something the government of Loreto has demanded from the central government,’’ noting that often times officials in Lima have no understanding of how people live in the rural regions of the country.