Peru: Bids for Oil Extraction to Bring Trouble in Amazon 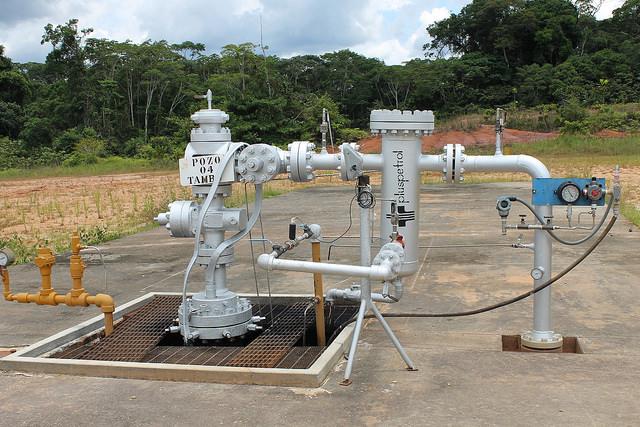 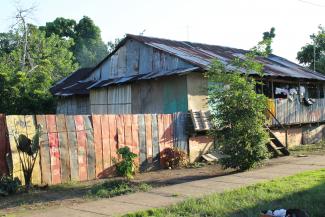 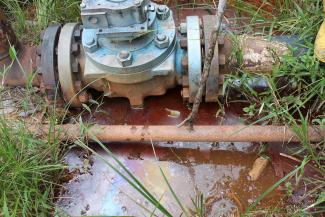 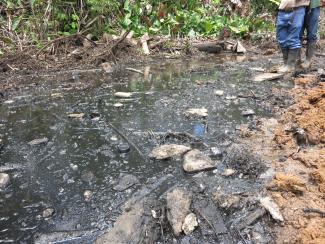 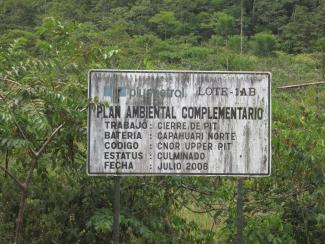 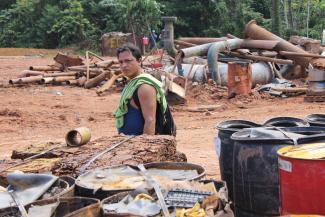 The state of Peru is in the process of launching the bidding process for the largest oil concession in the country, Lot 192, which expires this year, while affected Indigenous communities are still waiting for their demands to clean up contaminated areas from the previous 44 years of exploitation.

2015 will be a fundamental year for the future of Lot 192, located in Amazonian region of Loreto, Peru.  Since the area was first ceded to oil companies in 1971, environmental contamination from oil spills has plagued the watersheds of four tributary rivers to the Amazon, the Tigre, Corrientes, Pastaza, and Marañon rivers. The current concession, owned by Argentinian company Plusptrol Norte, expires in August of 2015.  To continue extraction, the company is required to renew their concession, but first must complete a series of requirements.

The first is a Prior Consultation, which requires the government consult with the traditional leaders who form the Indigenous federations of the four watersheds, including the Quechua Federation of the Upper Pastaza River, or FEDIQUEP, by its Spanish acronym.

But before they will engage in a consultation for an extended concession on their lands, the federations have demanded that the state of Peru must clean up the contamination that has accumulated from disastrous environmental practices over the past four decades.  Their demands include remediation, land titling, and compensation for the use and damages to their lands. During roundtable negotiations last year, the government committed to respecting these demands, and signed an agreement between the State-owned oil company Petroperu and Indigenous communities to clean up heavily polluted land and water.

Pluspetrol president Luis Ortigas has urged the Energy and Mines Commission of Peruvian congress to accelerate the process to submit bids for the license for Lote 192, but have admitted that very little time is left to comply with the Prior Consultation.  His suggestion, with a flip of logic, is to hold the prior consultation in parallel with the bidding process, arguing that both can be achieved within six months and allow for the permit to be renewed to Plusptrol by August 2015 or given to another company.

Talk has also surfaced that perhaps Peru’s state controlled oil company, Petroperú, will take over the concession of Lot 192, which covers 287 thousand hectares and produces 12,242 barrels of petroleum daily, making it the highest producing oil concession in the country.

Regardless, there has been no clear demonstration of good faith from the government to act on the demands of the affected communities.  “The government has made promises. If they willingly mislead the Indigenous federations in the negotiations, they will have to assume the responsibility,” warned Jorge Tacuri, consultant to FEDIQUEP.

After the news broke that a bidding process would begin, FEDIQUEP president Apu Aurelio Chino Dahua urged Peru President Ollanta Humala to respect the process of the Prior Consultation.  “In Lot 192 consultation needs to happen. We will not be ridiculed.”

The federations’ advocacy platform, PUINAMUDT, stated, “Before any bidding process for Lot 192, the Indigenous federations of the four watersheds have demanded that their rights be respected, and that the State grantees a minimum standard of attention, including environmental remediation, compensation for territories, among others.

UN Human Rights experts issued a warning in December during the Lima COP20 talks, saying, ”While the world looks on to Paris following the conclusion of the Lima Conference of Parties of the UN Framework Convention on Climate Change, the Peruvian Government needs to do more to protect their own citizens from environmental harm and prevent the recurrence of environmental emergencies affecting indigenous peoples, including the Quechuas, Kichwas, Kukamas and Urarinas,” the new UN Special Rapporteur on the rights of indigenous peoples, Victoria Tauli Corpuz, said, according to a press release.

“Peru must adopt measures to ensure remedy to such situations and to protect and respect the rights of indigenous peoples to their land, territories and resources and to consultation towards obtaining their free, prior and informed consent,” Ms. Tauli Corpuz stressed, in line with comments made by previous rapporteur Professor James Anaya.

Environmental and Health emergencies were been declared in the region in 2013 and 2014 respectively.  “Companies extracting oil in this region have left behind a toxic mess with disregard for the rights of affected communities and laws of Peru,” related the UN Special Rapporteur for human rights and hazardous substances, Baskut Tuncak.

“Peru has obligations to clean up the toxic oil spilled to protect the rights of people in the region, and to hold the companies accountable for their failure to respect human rights, before re-licensing the land and making an awful situation worse,” he continued.