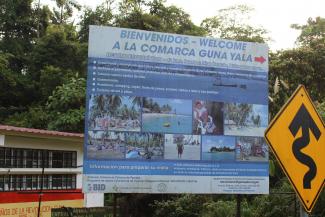 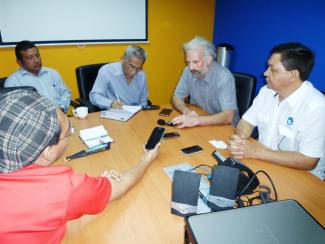 From January 16-18, 2016, Cultural Survival in partnership with Sobrevivencia Cultural, AMARC, Voces Indigenas Panama, and Fundacion Comunicandonos will host the first ever Central American Indigenous Community Radio Conference in Narganá, Comarca Guna Yala, Panamá. The conference will gather over 40 Indigenous community radio volunteers from all over Central America to discuss and share their experience with community media in their respective countries. The conference also has the goal of creating a Central American Indigenous community radio network in which community stations will mutually support each other in raising awareness about their work and fighting for the democratization of community media in the region.

Teresita Orozco, Cultural Survival’s Regional Promoter and Conference Coordinator, said, “The goal of the network is to create synergy between the participating stations so they can share resources, technologies, best practices, and advocacy strategies that strengthen political support and continue to highlight the struggle of Indigenous Peoples in defense of their identities, cultures, lands, human rights and Indigenous rights.” Advocates and community radio volunteers have high hopes for this first conference. Oscar Perez, director of Fundacion Comunicandonos, said, “The meeting of Indigenous community radio stations in Panama will be a space for us to meet and get to know one another, especially those who are working for the democratization of communication in their region. It is a place to reflect, share experiences and above all to continue weaving dreams and actions for an inclusive, just and democratic Central America.”

The topic of Indigenous women’s roles in communications will also be highlighted, as almost half of the participants are Indigenous women. Elsa Chiquito, director of Radio Ixchel in Guatemala, shared her expectations: “For me, as an Indigenous woman radio volunteer, this meeting will be a door of opportunity to share experiences with radio journalists from other countries about the work we do in our communities. Also, to create alliances, to share information and solidarity on the issue of freedom of expression in our countries as Indigenous Peoples, since our country deprives us of this fundamental right.” Angelica Rao, Cultural Survival Executive Coordinator, said, “It is a great honor to be able to participate. This meeting is the result of many years of work by several organizations, communities and radios culminating in a historic moment that is the beginning of a new and promising stage for Indigenous community radio in Central America. I'm very proud to say that we have equal representation of men and women in this meeting and that gender equality will be a primary focus of the Central American Indigenous Community Radio Network.”