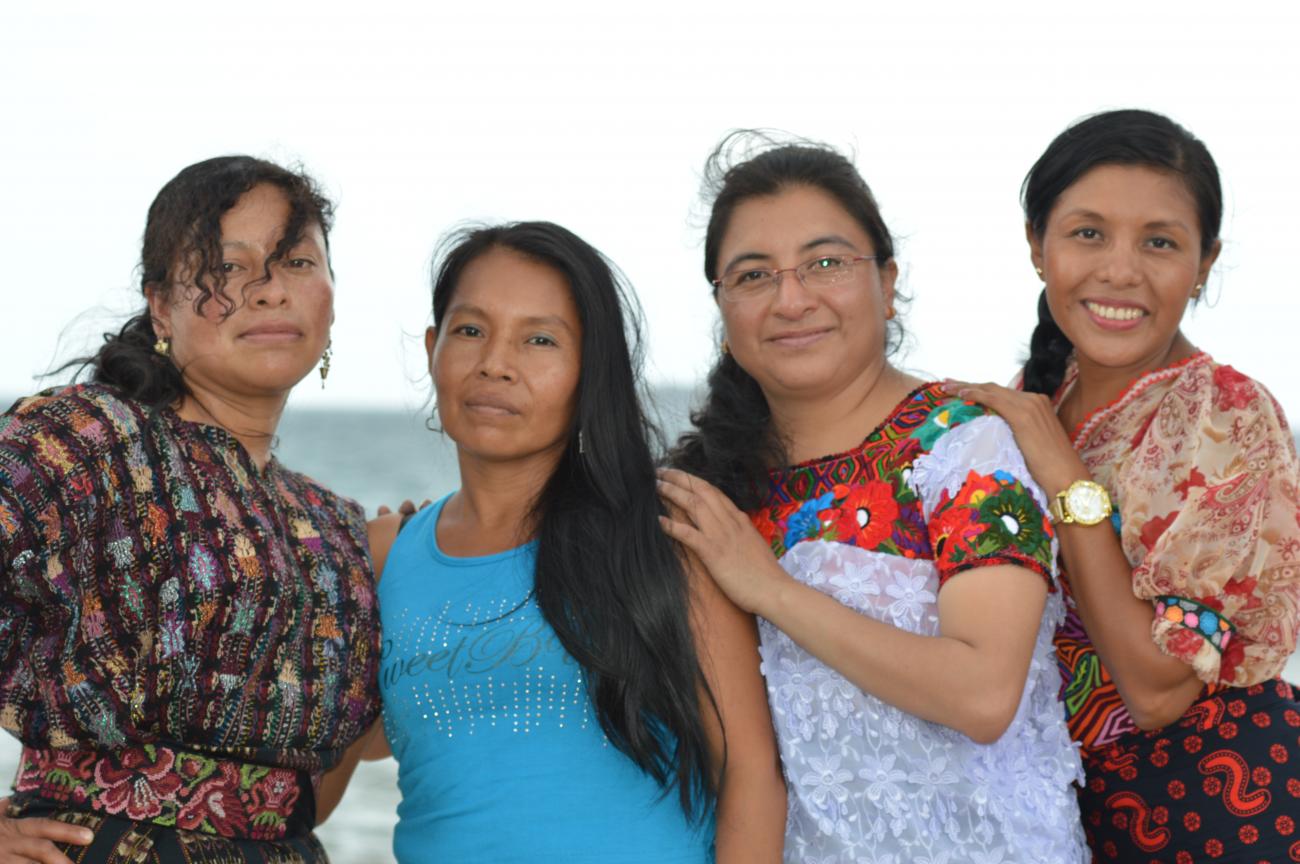 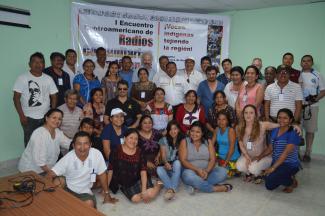 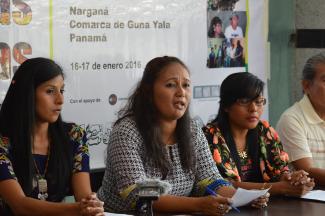 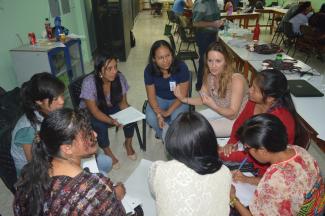 “We must change the mentality of human beings to create new generations that understand, demand, support, and construct a new reality. Community radio is essential to...the strengthening and development of Indigenous communities and women towards the defense of their human rights" - Ada Villarreal, Universidad Indígena de la Costa Caribe, Nicaragua

Women’s active participation and decision making in the conservative, patriarchal countries that make up Central America has been, and continues to be, limited. However, women are working together to make their voices heard with the help of community radio. In support of this vocalization, the First Central American Indigenous Community Radio Conference was held in Narganá, Comarca Guna Yala, Panama, on January 16–17, 2016. The landmark event aimed to weave together the shared experiences of Indigenous community broadcasters in Central America to form a regional network that fights for the democratization of communication and increased social, cultural, and political justice. Cultural Survival, along with partner organizations Fundación Comunicándonos, Asociación Sobrevivencia Cultural, AMARC Central America, and Voces Indígenas Panamá, hosted the conference.

One of the principal objectives of this network is to increase and strengthen Indigenous women’s participation in community radio, and as such, to generate social change for the women living in these communities. The same community radio stations that support Indigenous communities in the region to defend their rights and the democratization of communication have provided a space for women to voice their concerns and discuss their issues on the air.

However, this process is still in its initial phases, and much remains to be desired. As meaningful steps are made for gender equality in the Indigenous community radio movement in Central America, it is important to note the enormous barriers that dedicated women face in their attempts to participate in significant and lasting ways. “Acceptance of Indigenous women’s participation is a difficult process because as Indigenous women we are discriminated against, even in our own families and relationships,” said Elsa Chiquito, director of Radio Ixchel, Guatemala. “My strategy has been to spread the word on the importance of female participation in community radio, to talk about how good it makes me feel, and to highlight the changes that can be made with perseverance and raised awareness.”

Breaking Down Barriers
During the Conference, female participants discussed the limitations and challenges that they confront in exercising their right to freedom of expression. Even in relatively progressive spaces like community radio, women’s voices are often belittled and ignored. María Riquiac of Radio Ixmukane in Guatemala, explained that women are typically not the decision makers in community radio: “We have to wait until the men make decisions for us, so we want to have these spaces where we can make decisions for our radio and our communities.” Riquiac said she considers this network the perfect space to boost women’s leadership.

The women’s passion for advancing their rights in their communities and beyond was abundantly evident at the conference. On day two of the conference, participants were given the opportunity to sign up for different discussion groups to tackle some of the most important issues and dilemmas faced by Indigenous community radio in the region today; the group on gender was the first to fill up. The youngest conference participant, 16-year-old Lesly Velásquez of Radio Planeta, Guatemala, commented, “As young women, we must take advantage of the spaces that we are invited to participate in to make our thoughts known. We are a fundamental part in creating a better future.” Mark Camp, Cultural Survival’s deputy executive director, added, “I am proud and honored to be a part of a team that includes so many amazing women. It is a pleasure to see them in leadership roles and, I hope, as role models for other women and men in the Indigenous community radio movement.”

Cultural Survival’s Executive Director Suzanne Benally made it clear that equal participation of women and men was a must for the conference, a goal that was reached with the support of a generous grant from the Channel Foundation to support eight Indigenous women’s participation in the event. Benally’s vision was realized by the majority female coordinating staff of the event, who worked together to bring women’s voices to the table at every step in the planning phases. “Because gender goes beyond the rhetoric of 50/50 that government organizations and institutions speak of in their gender policies, it is important to promote women’s leadership and increased awareness for men in the network,” said Teresita Orozco, regional promoter at Cultural Survival.

Regional Commission with Women’s Leadership
The Central American Network of Indigenous Community Radios was officially launched on January 17, 2016 with the creation of the Regional Commission, which has representatives from each of the seven Central American countries (Guatemala, Belize, Honduras, El Salvador, Nicaragua, Costa Rica and Panama). Within this regional commission, women assumed vital decision making roles in spite of social and cultural barriers. Carmela Xol Quiix of Radio Tzultaq´a Guatemala said, “Women should be in these spaces because we have the capacity, the wisdom, the maturity, and the initiative to take on important roles within our societies, organizations, and communities. In this way, our voices will be heard in order to advance towards a better future. It is not good enough to be present in these spaces; we must also assume important roles.”

The equal participation of women and men was essential in the construction of the network, guaranteeing that both short term and long term goals respect and value the role of women in all levels of community radio. This network was propelled by a clear, intercultural focus on gender that is inclusive and respectful of women’s rights in distinct contexts; a focus that was made possible by the fact the 20 of the 42 participants at the conference were women, a rarity in these spaces. Lauris Diaz, a member of the Guna Congress and elected member of the commission, said, “For Indigenous women, the Central American Conference has been a space of inclusion. It gives us the vision that women should not only be in the domestic realm, but that we should value ourselves.”

A long road remains before we can claim gender equality in the Indigenous Community Radio Movement. However, the creation of spaces like these, along with concrete actions that support women’s development in professional and social spheres, contribute to the advancement of women’s rights so that women do not only play supportive roles to their male counterparts, but are provided a space in decision making roles regarding the direction and content of their radio stations. Ingrid Sub Cuc, program associate and project coordinator at Asociación Sobrevivencia Cultural in Guatemala, concluded, “We must drive a policy that recognizes and respects the abilities and contributions of women and men in an integral way. We believe that this policy will ensure that women’s participation does not serve just to fill spaces, but to develop and generate equality from both perspectives.”