One of the Last Remaining Native Yuchi Speakers Passes 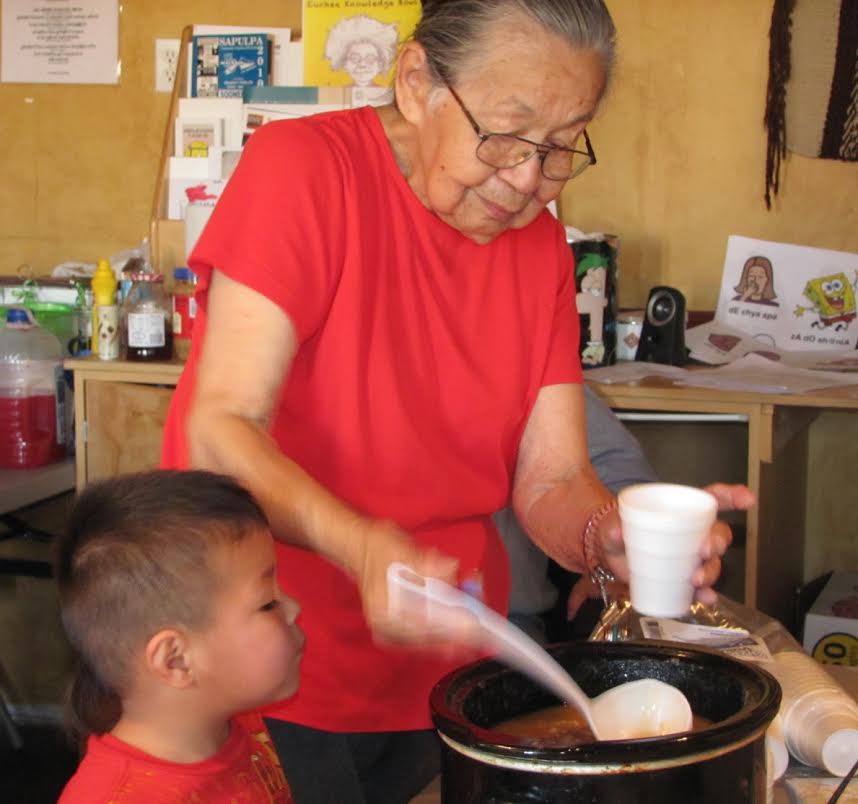 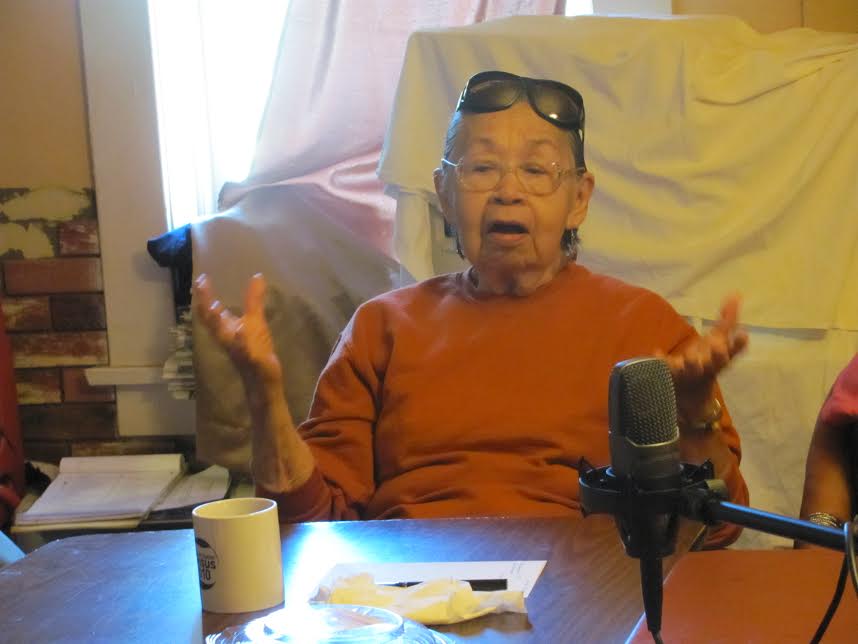 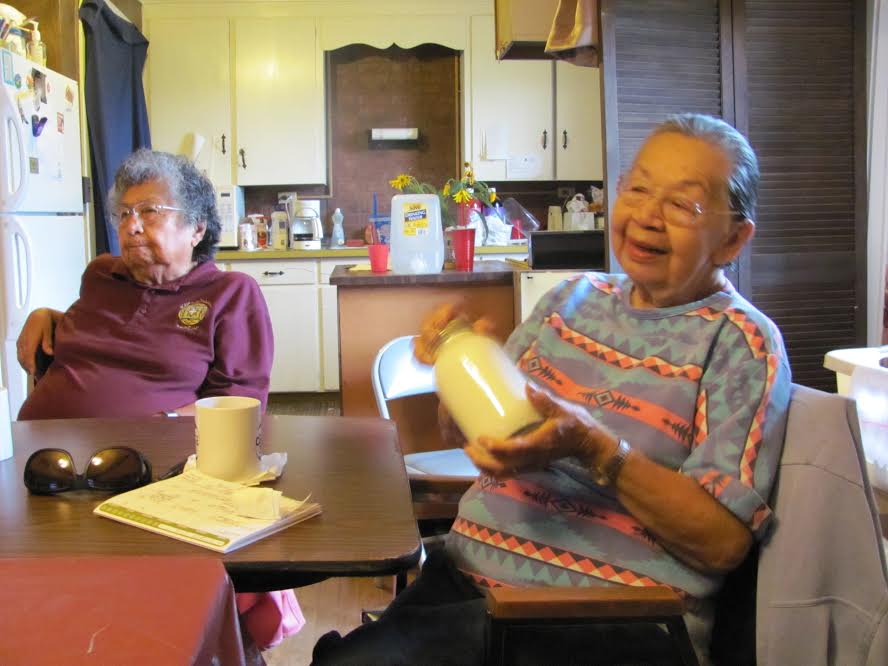 Josephine Wildcat Bigler, one of four remaining native Yuchi speaking elders, has died at the age of 95. She was born on a Yuchi allotment in Oklahoma on May 24th, 1921. Yuchi was the primary language spoken in Josephine’s family, which included her parents, Maxey Wildcat and Lizzie Bighead Wildcat, and five siblings. Throughout her life, Josephine was active in Native American communities through her role as an educator and through her work with the United Methodist Church. Her contributions include helping to create programs for children to learn Yuchi, ensuring that the language continues to survive. She was particularly passionate about translating hymns into the Yuchi language.  She is described by her students as a faithful and inspiring person.

In an interview with State of the Re:Union radio program in 2013, Josephine explained why she persevered in speaking her Yuchi language during a time of great pressure to speak English:

(When we went to school we were together with the White people; we heard their language and picked it up.  When we went home, we were playing outside and speaking English.  My grandmother Eliza was watching us and listening.)

(After a while she spoke:  “You kids, as long as you live in my house, you all will speak only Yuchi!”)

(And that is why I an still able to speak my Yuchi language.)

Through her traditional upbringing with her grandmother, Josephine was gifted with a wealth of cultural knowledge that she would later share with future generations.  As a first-language speaker of Yuchi, Josephine carried a worldview that was truly unique.  Known as a language isolate, Yuchi is unrelated to any other language or language family.  In her later years, Josephine recalled many of the traditional stories told by her grandmother during her childhood years.  Josephine was able to remember a history and way of life that was still shared by only a handful of other speakers.  She dedicated the last 20 years of her life to passing on this knowledge and revitalizing her language.  She worked extensively with the Yuchi Language Project, a non-profit organization in Sapulpa, Oklahoma, where she was a primary source of cultural, historical, and linguistic knowledge.  She worked daily to train over a dozen language instructors that are now able to teach children to speak Yuchi.  She helped to create extensive documentation of the Yuchi language, including stories, historical narratives, folk tales, recipes, and instructions for traditional activities.  She had worked providing meals and Yuchi language for the Oklahoma Native Language Association annual conferences at Preston, Oklahoma during the 1990s.  In July 2012, Josephine was photographed by National Geographic Magazine as part of their Indigenous languages focus.  Her image can be seen on nationalgeographic.com in the vanishing languages gallery.

Josephine’s accomplishments and career show her commitment to education and to serving her community.  Josephine graduated from Southeastern Oklahoma State University in 1945, becoming the first in her family, and possibly the first Yuchi woman to graduate from a four-year college. She was an inspiration for many Yuchi women who would follow her on a college path.  After earning her bachelor of arts in education, she worked as a second grade teacher for several years.

Josephine was also involved in the work of the United Methodist Church, where she met her husband, Reverend Clarence Bigler with whom she had three children.  In the 1960s, they moved to Wisconsin, where Josephine studied special education at the University of Wisconsin at Oshkosh.  As a special education teacher in the towns of Marion and West Allis, Wisconsin, she taught children who otherwise might not have received an adequate education.  She actively participated in the Native American community in Milwaukee, Wisconsin, where she was elected Chairwoman of the Milwaukee Indian Health Board and served as the Milwaukee Indian Community representative to Wisconsin Council of Indian Reservations.

Josephine Wildcat had grown up in Pickett Chapel Indian Methodist church where her family had one of the camp houses that surrounded the small rural church.  This was the original Yuchi community church where services were conducted in the Yuchi language.  Josephine remained active in the larger United Methodist Church as it served Native peoples.  In 1982, Josephine moved with her husband to New York City, where she worked as staff for the General Board of Global Ministries of the United Methodist Church. She coordinated Native American ministries, meeting people from many different Native American cultures and representing Yuchi culture.  Since most Yuchis were enrolled as Muscogee-Creeks, Josephine became well-known in national Methodist circles for reminding people of her Yuchi heritage.  Many within the Church fondly remember her often saying, "I am not a Muscogee, I am a Yuchi."  This expression was intended to clarify her specific tribal origin and was not intended to sound critical of other Native American tribes as she demonstrated her pride as a full-blood, Yuchi-speaking woman.

Through her years of work, Josephine Wildcat Bigler gave children the opportunity to learn Yuchi language and culture, as she passed forward the legacy from her grandmothers to ensure that the Yuchi language remains alive for future generations.

During a recording session at the Yuchi House.