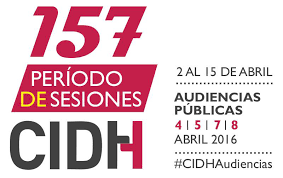 After eleven years of social and environmental conflict between the Ngäbe Indigenous People and the Panama State, leaders from Bocas del Toro communities continue demanding justice before international organisations.

Today, April 7, 2016,  a public hearing in relation to Case 12.717 Bocas del Toro, Ngäbe Communities and others vs. Panama  will take place between 4:15pm and 6:15pm in Room Rubén Darío, at the Inter-American Commission on Human Rights of the Organization of American States in Washington DC.

Since 2005, different Indigenous communities including Charco de la Pava, Valle Rey, Guayabal y Changuinola Arriba, have been impacted directly by the hydroelectric dam Chan 75.  This dam forcibly displaced entire communities leaving its inhabitants without homes and agricultural land despite Precautionary Measures issued by the Inter-American Commission on Human Rights in 2009.

It is expected that the State of Panama will be questioned by the Commission about providing concessions to development projects that have violated Indigenous Peoples’ human rights.  It is also expected that private corporations will be asked to take responsibility for their actions in the territories they operate and asked  to comply with international norms such as the right to Free, Prior and Informed Consent of impacted communities in future development projects.