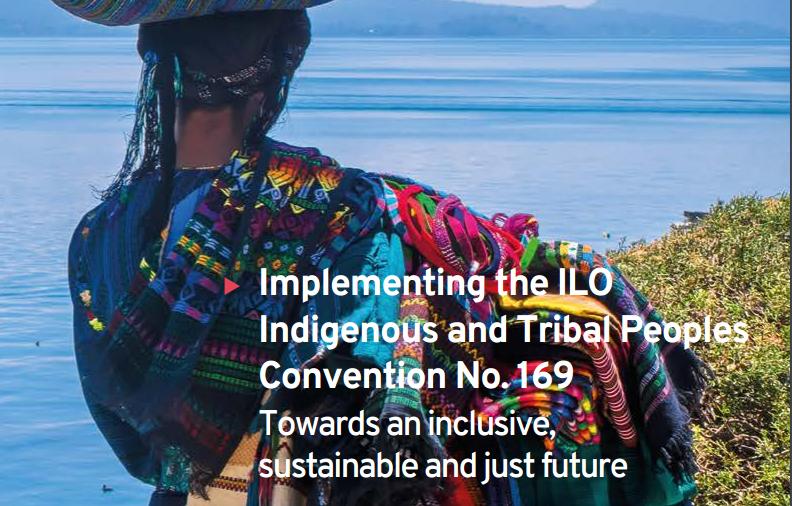 On February 3, 2020, the International Labor Organization released its report, Implementing the ILO Indigenous and Tribal Peoples Convention No. 169: Towards an inclusive, sustainable and just future. Analyzing the labor status and wages of Indigenous women and men across the globe thirty years after the convention’s adoption, the report sheds light on the inferior working conditions of Indigenous populations, demonstrating just how much more needs to be done in order to meet the UN’s 2030 Agenda for Sustainable Development. In particular, Indigenous women remain the most disadvantaged group: addressing all Indigenous communities, and particularly their women, “cannot be overstated for realizing the Sustainable Development Goals (SDGs).”

As of 2020, only 23 countries have ratified the convention, including most of Latin America, but not the United States, Canada, nor any of the Pacific. To quote the report, “it continues to the the only legally binding treaty on the [Indigenous rights] issue open for ratification. It has played a significant role in shaping laws and policies, instituting change and empowering many Indigenous women and men.”

The report provides a much needed updated statistic on Indigenous Peoples globally, stating there are over 475 million Indigenous people, making up 6.2% of the world population. This is not a small number—it “far exceeds the population of the United States and Canada combined.” Although Indigenous Peoples are so numerous, only 15% live in countries that have ratified the Indigenous and Tribal Peoples Convention, ILO 169. Indigenous people live in every region of the world, but about 70% of them live in Asia and the Pacific, followed by 16.3% in Africa, 11.5% in Latin America and the Caribbean, 1.6% in Northern America, and 0.1% in Europe and Central Asia. Almost three-quarters of these 475 million people live in rural areas (with majorities in Africa, Asia and the Pacific, and Europe and Central Asia, respectively). Just under half of Indigenous Peoples live in middle-income countries, but 16% live in low-income countries. In these low-income countries “there is the highest proportion of Indigenous Peoples in the total population at 10.1 %.”

The employment that Indigenous people do find, though, should not mask the reality of their economic situations. The report states, “A higher rate of participation in employment for Indigenous Peoples at the global level can hide substantial differences in the quality of work, which is marked by poor working conditions, low pay and discrimination. At the same time, higher employment rates may reflect the need by Indigenous women and men, who tend to be poorer than their non-Indigenous counterparts, to any form of income generation, even low paid ones. Without access to decent work, higher employment rates for Indigenous women and men are not necessarily resulting in their improved socio-economic situation.”

This disparity is even clearer when looking at numbers regarding poverty: “based on data available for 23 countries representing 83% of the global Indigenous population, Indigenous Peoples constitute 9.3 % of the population but almost 19 % of the extreme poor.” Thus, the article states, they “continue to be the poorest among the poor,” with the aforementioned almost 19% living on less than $1.90 a day (as compared to 6.8% of non-Indigenous people). Poverty is worse in rural areas, with Indigenous Peoples “more than twice as likely to be in extreme poverty compared to their non-Indigenous counterparts.”

Unsurprisingly, Indigenous voices are critical to creating effective policy and programs to tackle these issues. The few countries that did establish agencies for Indigenous affairs “have made the greatest progress in developing and implementing both mechanisms for participation and consultation,” but the institutions are often weak.

The report concludes by emphasizing the pronounced inequalities experienced by Indigenous women: “Indigenous women are consistently at the bottom of all social and economic indicators. They are almost three times more likely to work as contributing family workers compared to Indigenous men, have the lowest chance of having achieved basic education and, at the same time, are the most likely to be in extreme poverty. Discrimination, violence and harassment,stemming from their being both Indigenous and women, are among the barriers impeding their full participation in economic and social life.”

The report recommends that, in addition to workers’ organizations and private sector collaboration with Indigenous Peoples, governments undergo four critical initiatives. First, to promote, ratify, and implement Convention No. 169. Second, to provide “decent work for Indigenous women and men.” Third, to promote “Indigenous women’s participation and economic empowerment,” and finally, to improve “data collection, analysis and dissemination.” All of these should be undertaken with participation from and in tandem with Indigenous Peoples.

“The realization of the SDGs is under threat unless urgent course correction, through public policies, is undertaken, which not only addresses gaps, but also empowers Indigenous women and men as development and climate actors,” the report states. “Empowering Indigenous women and men as economic, social, and climate actors will be critical for the shaping of an exclusive, sustainable and just future for all.”