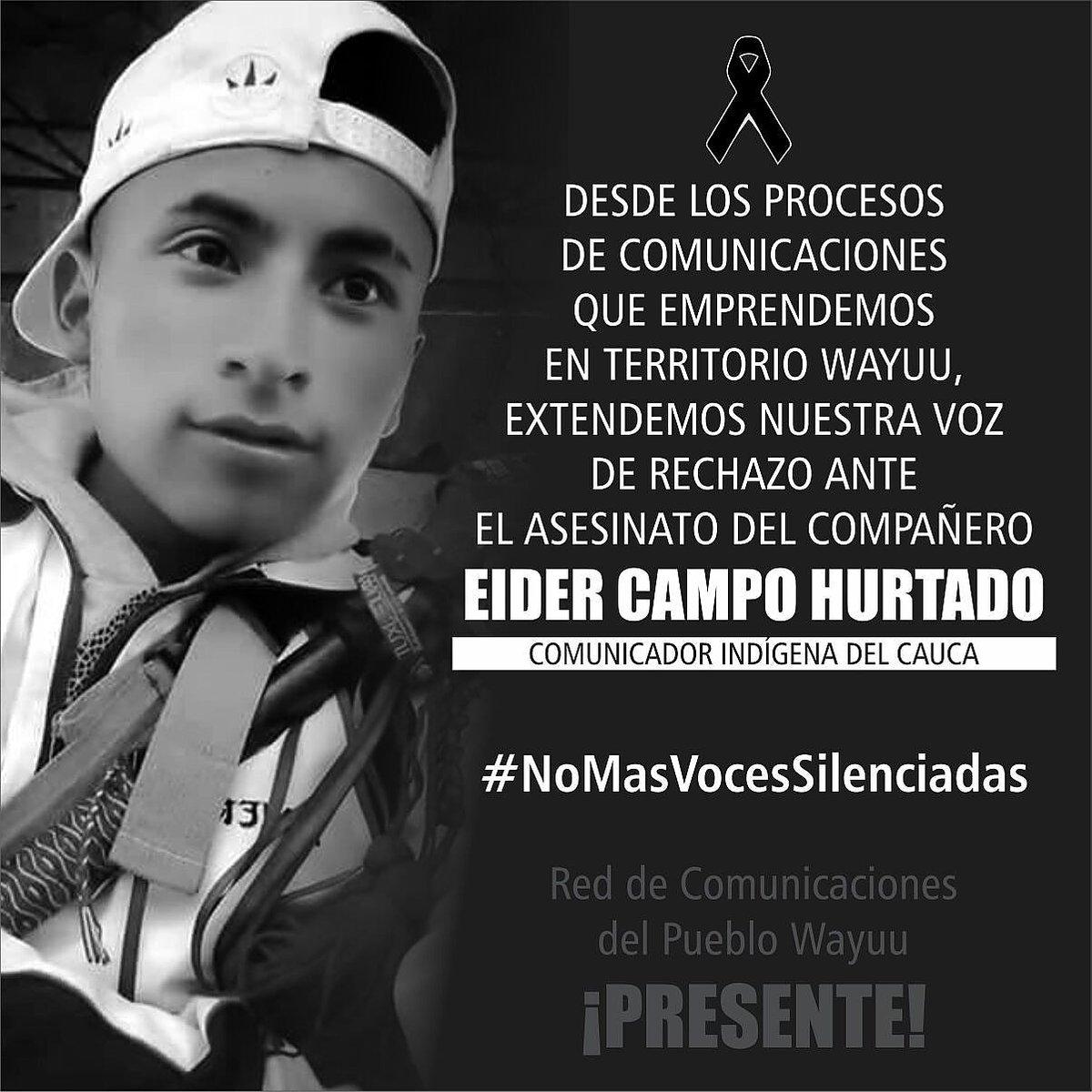 On March 5, 2018, La Organización Nacional Indígena de Colombia  (ONIC) condemned the death of a young Nasa journalist Eider Campo Hurtado after his murder the previous night in the Pioyá Reservation in the Cauca department.

The Consejo Regional Indigena del Cauca or Regional Indigenous Council of Cauca, released a statement saying “ at approximately midnight on March 5th, four men heavily armed with long-range weapons and grenades made a raid on the house in the Indigenous community of Pioyá in Caldono, Cauca. They entered the first floor of the two-story house, intimidated and subdued the few guards (2 or 3)... and took a prisoner ...on the second floor of the house." An Indigenous guard attempted to rescue him and fired upon the attackers, but Hurtado was killed in the ensuing fight. ONIC later reported that one of the murderers had a criminal record and had previously been threatening the Indigenous people in Pioyá.

These events happened shortly followed the death of Efigenia Vásquez Astudillo, another Indigenous journalist who was recently murdered in Cauca. Astudillo was killed during an eviction in the territory of the Kokonuko People on October 8, 2017.

Indigenous activists are calling on international organizations, the government, and Colombian President Juan Manuel Santos to address these acts of violence that are putting a risk to Indigenous journalism and freedom of expression. The community of Pioyá has since gathered in demonstration against this violence.

The perpetrators, who have connections to the FARC, were later captured and charged with Hurtado’s murder. They are awaiting a hearing on the by the Indigenous government, which have the right to prosecute these men on their land.

Since the murder, the group Fundación para la Libertad de Prensa (FLIP)  translated as Foundation for Freedom of the Press, which monitors the right to free press in the country, has announced that they will investigate the incident.