Murder Linked to Marlin Mine Workers in Guatemala

A Maya man was shot to death last week after a heated discussion with workers from a mine that has opened on his community’s land.

Workers from the Glamis Gold Marlin mine are being held responsible for the March 12 death of Alvaro Sánchez, a Sipakapense villager from Pie de la Cuesta, Guatemala.

Since the controversial mining project began, tension has risen in the area and both community members and outside mine workers have started carrying arms on a regular basis.

"This case demonstrates once again a serious social impact of the Marlin project in the area," wrote Daniel Vogt, director of the Izabal, Guatemala-based Association for the Integral Development of El Estor (AEPDI), in a letter to the non-governmental organization Rights Action. Vogt’s association has actively denounced the mine in support the rights of the area’s indigenous peoples.

The Marlin project was started in 1998 by the Francisco Gold Corporation and was acquired by Glamis Gold, Ltd., in 2002 through a merger. As part of the project, Canadian-based Glamis established mine operations in two Guatemalan towns, San Miguel Ixtahuacán and Sipakapa, where the majority population is Maya Mam and Sipakapense. The construction of the mine is well underway, and the company is scheduled to begin production in 2006.

According to a 2004 report from Defensoria Q’eqchi’ (part of AEPDI), "the majority of the population … affected [by mining concessions] is indigenous, and various small groups (Ch’uj, Sipakapense, Ch’orti, among others) will be in danger of ethnocide if the mining projects are carried out."

When Glamis first entered the communities, indigenous peoples were unaware that it was a mining company. According to a Mam and Sipakapense press release from San Miguel Ixtahuacán in November 2003, the company bought properties using "trickery, coercion, and promises of development for the community."

Indigenous people were left without much bargaining power, said Sandra Cuffe, a representative of Rights Action.

"Property rights and mineral rights belong to the state," she said. "The laws favor the mining companies. The indigenous people have no way to negotiate a fair compensation."

Sánchez is not the first person to lose his life as a result of the Marlin project. On January 11, Raul Castro Bocel was killed by Guatemalan security forces during a demonstration again the mine. Bocel was one of many local residents blocking the passage of mining equipment on a Guatemalan road headed toward the Marlin project.

Massive demonstrations against the mining project have continued since the death of Bocel. Participants in the International Women’s Day march on March 8 demanded the cessation of mining contracts throughout Guatemala. Local organizations, such as the Ajchmol Maya Comprehensive Development Association, continue to write letters and plan protests rejecting the mine.

On March 10, Guatemala's Congress passed the Central American Free Trade Agreement (CAFTA). If ratified by the United States Congress, foreign mining companies will have more rights to develop projects in Guatemala, and local groups will lose legal ground for their cases against current projects.

On December 10, 2003, Glamis brought a suit through the North American Free Trade Agreement against California laws protecting the environment and religious and cultural sites sacred to the Quechan Indians, who live along both sides of the Colorado River near Yuma, Arizona. Glamis seeks $50 million in compensation for the profits it would have made off mining operations, or for California to overturn its laws.

The lawsuit, yet to be settled, demonstrates the amount of power the company may yield in Guatemala upon the ratification of CAFTA.

Indigenous groups have protested the Guatemalan government’s refusal to comply with the International Labor Organization’s Convention 169 on Indigenous and Tribal Peoples. As a signatory to the convention, Guatemala is required by international law, under Article 15, to consult with indigenous people before " undertaking or permitting any programs for the exploration or exploitation of such resources pertaining to their lands."

In the case of the Marlin project, the government failed to even establish procedures for consulting with the Maya Mam and Sipakapense community prior to the approval given to Glamis to proceed with the mining project. 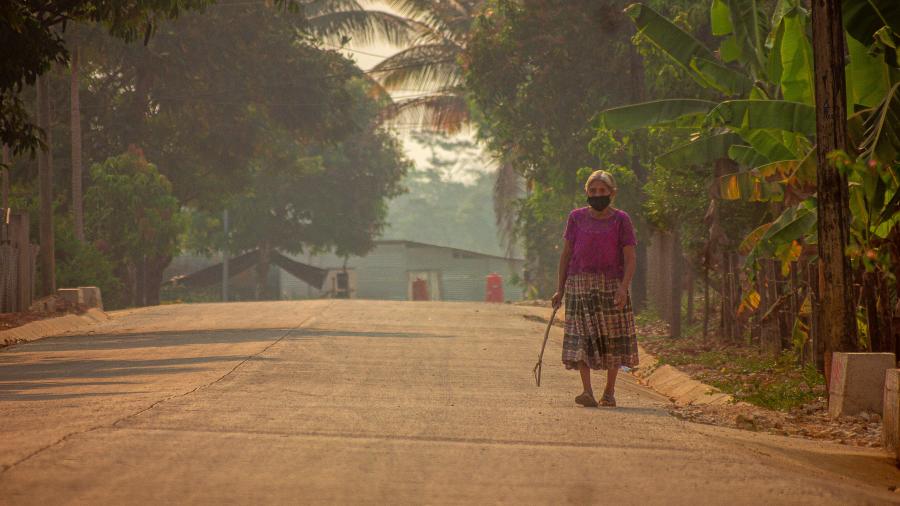