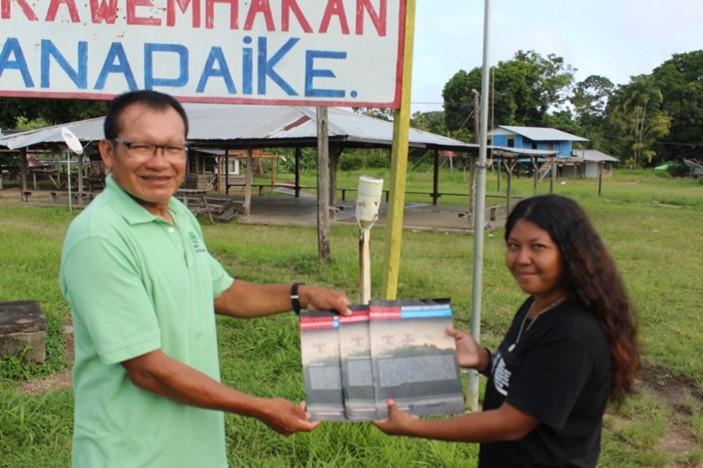 The Wayana Peoples live in the northern Amazon in Suriname, Brazil, and French Guyana. They depend on planting cassava, hunting, and fishing. Due to the threats that Wayana land faces from gold mining and illegal hunting, it was necessary for Wayana Peoples to create a document outlining the consultation protocol for parasisi (outsiders). This document’s aim is stated in the subtitle, “Protection of the rights of the Wayanas in the field of self-determination, participation, and decision-making.” This work was made possible by a grant from Cultural Survival’s Keepers of the Earth Fund to the Mulokot Foundation. The KOEF grant supported the Foundation to develop a protocol guide for NGOs and government officials to engage with the Wayana Peoples in a way that respects their traditional practices.

The Mulokot Foundation, an Indigenous-led organization based in Village Kawemhakan, Lawa area, Sipaliwini, Suriname, aims to bring sustainable development to Wayana communities through capacity building, developing management skills, protecting land and biodiversity, and developing sustainable livelihoods. The chairperson of the Mulokot Foundation, Jupta Itoewaki, says that “One of our biggest concerns is the way NGOs and the government deal with the Wayana Peoples. They don’t respect our traditional laws.” An organization in Suriname had previously developed a general engagement approach but did not take traditional laws into consideration. Their document provided some background for the new Wayana consultation protocol brochure. A delegation of Wayana people from Suriname and French Guyana were also able to travel to another Wayana community in Brazil to obtain documents in Portuguese with certain protocols that they were able to adapt to their own communities.

The Mulokot Foundation used the Keepers of the Earth Fund grant to organize a meeting in the village of Kawemhakan in January 2020 to ask Wayana community members what they would like to see from a document. It was agreed that it needed to be translated into a number of different languages. With their help, it was drafted in Wayana and Dutch. An unnamed community member says, “We have wanted such a document for a long time.” 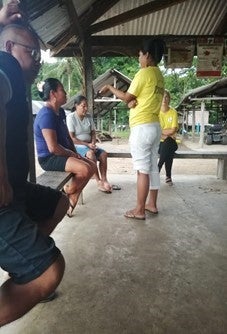 The meeting in Kawemhakan in January 2020

The COVID-19 outbreak in March 2020 disrupted some travel activities and the Mulokot Foundation was unable to travel to the interior. In September 2020, Jupta Itoewaki was able to fly again and visited Kawemhakan to translate the brochure into English with further input from community members. In Paramaribo, the layout of the brochure was made by a graphic designer. 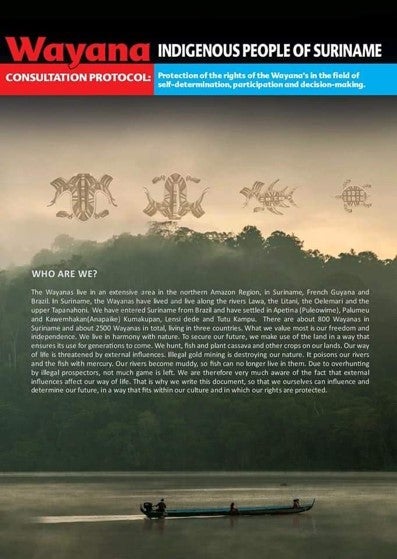 The first page of the brochure, which was designed to be colorful, provide a lot of information, and be translated into other languages so that outsiders could be informed on appropriate protocols for engaging with Wayana communities.

The final design is an eight-page full color brochure in Wayana, English, and Dutch. It was presented to the Paramount Chief of the Wayanas, Ipomadi Palenapin, by Jupta Itoewaki on December 18, 2020 and shared with Wayana communities.

Keepers of the Earth Fund (KOEF) is an Indigenous Led Fund designed to support Indigenous Peoples’ community development and advocacy projects. Since 2017, through small grants and technical assistance, KOEF has supported 119 projects in 31 countries totaling $488,475.