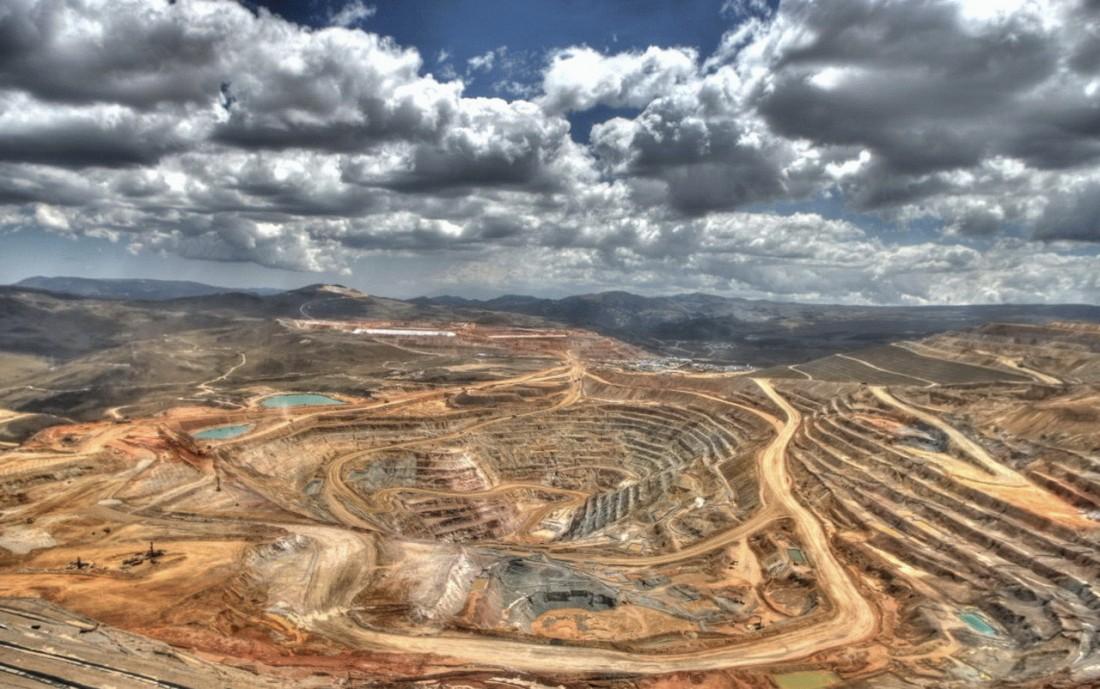 The International Council on Mining and Metallurgy (ICMM) recently released a new position paper detailing council guidelines for dealing with Indigenous Peoples that would be affected by new mining projects. This position comes out at a critical time when extractive projects around the world are disrupting and displacing Indigenous groups. However, there are some major issues with the document, which provides loopholes for dodging Indigenous consent to projects and even restricts some of the more progressive thinking of the original 2008 position paper.

The position paper is meant to provide acting guidelines for ICMM members. ICMM is currently comprised of 22 mining and mineral companies as well as 35 national and regional mining associations. Members operate at more than 800 sites across 62 different countries, employing around 800,000 people worldwide. ICMM members produce 50 percent of the world’s copper and platinum, 40 percent of its iron ore, nickel, and gold, and 25 percent of the world’s zinc. A position statement from ICMM has the potential to influence a huge audience in the mining and extractive projects industry.

ICMM’s 2008 position paper indeed tried to set a high standard for interactions between mining companies and Indigenous Peoples by adhering to the common-sense idea that one cannot mine on land that does not belong to them, nor should one forcibly remove, threaten, or murder others in order to do so. The internationally-established tool for preventing such activity from occurring is Free, Prior, and Informed Consent (FPIC), outlined in the United Nations Declaration on the Rights of Indigenous Peoples (UNDRIP) that has been accepted by every U.N. member state.

The 2008 policy’s main operating premise was that of mutual cooperation, understanding, and respect. It called on companies to “clearly identify and fully understand the interests and perspectives” of Indigenous Peoples, and recognize that though mining can have positive impacts on communities, “many Indigenous Peoples view their historical experiences of mining negatively” and that “in some cases, mining operations – even though abiding by relevant national laws – have contributed to the erosion on Indigenous People’s culture, to restricted access to some parts of their territory, to environmental and health concerns, and to adverse impacts on traditional livelihoods.” Members were asked to consult with Indigenous Peoples from “the earliest possible stage of potential mining activities, prior to substantive on-the-ground exploration” through to closure and to not rely on national legal frameworks that may be “no more than a minimum requirement.” Language like that encouraged ICMM members to accept responsibility for their projects and for adhering to a higher set of standards in order to more fully protect Indigenous communities.

One of ICMM’s 2008 policy’s strengths was cautioning companies not to rely too heavily on national governments, which may have a history of dismissing Indigenous Peoples’ “distinct identity, legitimate interests, and perhaps, their rights as articulated in relevant international conventions.” ICMM even encouraged companies to “legitimately point out with governments any gaps in implementation of international conventions [read: UNDRIP] which they have agreed to or ratified.” This policy outlined specific ways in which companies could minimize or positively outweigh the negative effects of a mining project on a community, including “support self-empowered regional and community development such as through education, training, healthcare, and business enterprise support,” “increase their participation as employees and suppliers,” and “income generation, opportunities for equity participation, and support for cultural heritage.” ICMM recommended projects be initially designed to “avoid potentially significant adverse impacts” and, “where this is not practicable, minimize, manage, and/or compensate fairly for impacts,” as well as make “special arrangements to protect cultural property or sites of religious significance for Indigenous Peoples.” Most importantly, and this cannot be emphasized enough, the 2008 position acknowledged an Indigenous community’s right to say no to a mining project: “ICMM members recognize that, following consultation with local people and relevant authorities, a decision may sometimes be made not to proceed with developments or exploration even if this is legally permitted.” Such wording in a policy statement does not ensure all council members will obtain consent, but it set the expectation that Indigenous Peoples had the right to say no.

The new 2013 policy paper, however, un-writes much of the 2008 policy’s strengths and disregards most of ICMM members’ responsibility for ensuring that their projects do not disrupt or potentially harm communities and cultures. Instead, the 2013 policy allows member companies to rely on the “good faith” of the state and removes all language acknowledging that many governments have a history of systemic oppression of Indigenous Peoples. The policy encourages companies to consider the state a negotiator, “given their role in balancing the rights and interests of indigenous peoples with the wider population, states may also play an important role in supporting the resolution of disagreements that may arise between Indigenous Peoples and companies in the pursuit of FPIC.” The policy continues, “if consent is not forthcoming despite the best efforts of all parties…the government might determine that a project should proceed and specify the conditions that should apply,” which ultimately, takes consent out of Indigenous Peoples hands and puts it in the hands of the state. This approach completely disregards the fact that many governments outright deny the existence of Indigenous communities and ignores the fact that governments profit from successful mining projects. ICMM states that the language regarding the role of the state was changed because member companies complained that the 2008 policy did not provide enough guidance for companies to navigate the complicated and often tense relationship between company, state, and community. Unfortunately, this seems to be an overcorrection of the problem. Though one would like to believe that all governments fairly balance the needs of the general population with the needs of Indigenous Peoples, experience has shown that this is not always the case.

ICMM’s stated reason for issuing a new policy paper is that the 2008 document addressed the process of consultation but not explicitly consent, whereas the 2013 document focuses heavily on the importance of obtaining consent from indigenous communities. This would appear to be a step in the right direction – however, upon reading the policy it becomes clear that the council is only interested in obtaining consent (say “yes”), not in acknowledging the power of an indigenous group to withhold consent (say “no”). While it acknowledges that a community has the right to grant or withhold consent, it also states that negotiations should “focus on reaching agreement on the basis for which a project should proceed. These processes should neither confer veto rights to individuals or sub-groups nor require unanimous support from potentially impacted Indigenous Peoples (unless legally mandated). Consent processes should not require companies to agree to aspects not under their control.” The document urges companies to “address the likelihood that differences of opinion will arise, which in some cases may lead to setbacks or delays in reaching a negotiated agreement” –no mention of cancellation in the event that a community simply says “no” to a project they consider invasive. It also cleverly leaves it up to individual companies to “define what would constitute consent from indigenous communities,” despite the fact that the UN specifically defines consent as “a freely given decision that may be a ‘yes’ or a ‘no,’ including the option to reconsider if the proposed activities change or if new information relevant to the proposed activities emerge.” In this case, it appears that ICMM has given way to the demands of their member companies, who likely have found it difficult to agree to consistently walk away from potentially lucrative projects when consent is not forth-coming. However, consent is two-sided – just as Indigenous Peoples have a right to say “yes” to project that they feel will benefit their community and livelihood, Indigenous Peoples must also be allowed to say “no” to a project that they have decided will have negative impacts on their way of life, and that decision must be respected and listened to.

The 2013 paper states no specific timelines for establishing consultation, does not advocate maintaining open lines of communication throughout the project duration, and only states that the destruction of cultural and religious sites should be avoided “to the extent possible.” Member companies will not be expected to implement these new policies until 2015, at which point they will apply only to new projects or new changes to old projects, not to projects currently underway, so it will be several years before the impact of this new policy can be fully analyzed.  ICMM points out that many of the statements that have been restricted in the policy paper are elaborated on in their lengthy Good Practice Guide on Indigenous Peoples and Mining, which all member companies have access too and are encouraged to follow.

ICMM’s new policy paper contains no substantive steps to improving relations with Indigenous communities. Its commitment to FPIC is at best tentative and ambiguous. The document uses language that is meant to sound empathetic and accepting but in actuality still maintains that a mining company has the right to enter indigenous territory and begin a potentially highly-destructive project with no regard to nor responsibility for ensuring the rights of the Indigenous Peoples of the land. ICMM is obviously committed to continuing the important conversation of how to navigate the relationship between extractive industries and Indigenous Peoples, but we need an approach that puts Indigenous Peoples rights and human rights, not profit, at the forefront. Stop with the smokescreens, ICMM – indigenous people deserve Free, Prior, and Informed Consent, which comes with the right to say no.