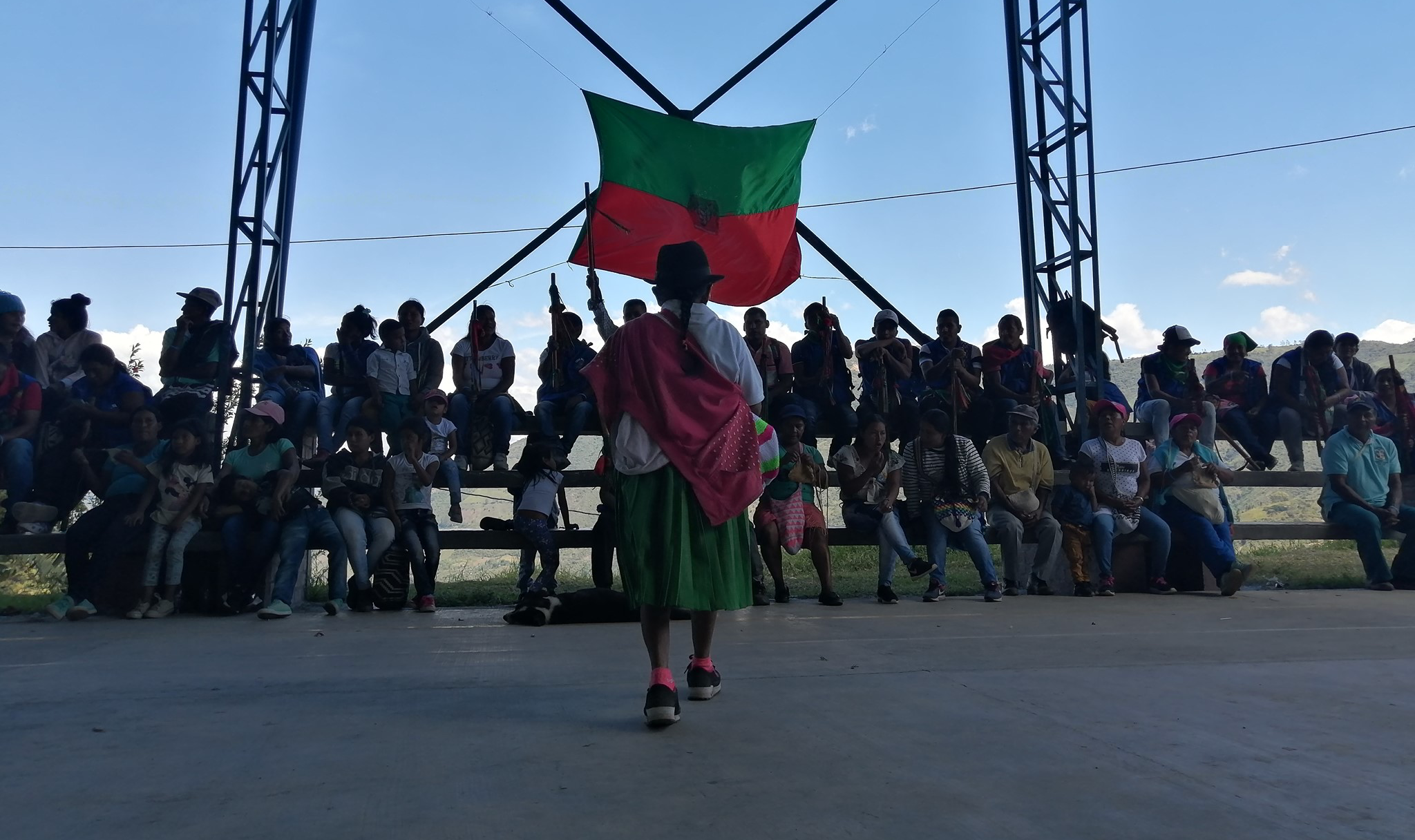 The leadership of the Paéz Indigenous Reservation of Corintio, Cauca Colombia, denounced the repression and excessive violence of the Colombian army that resulted in the unfortunate loss of José Abelardo Liz, Nasa Indigenous communicator on August 13, 2020. Liz was a member of Radio Payumat, in Colombia, which forms part of the communications collective We'jxia Kaa´senxi "The Voice of the Wind" from the Corinth Indigenous Reservation. Confrontations against the Indigenous communities have been taking place for several weeks, corresponding with grassroots gatherings called 'Liberation of Mother Earth'. Organized by Indigenous communities in Cauca via the Regional Indigenous Council of Colombia (CRIC), the process is characterized by a commitment to create a world outside of a capitalist system that champions human rights over profits. Founded in memory of other Nasa Indigenous People who have been killed in Colombia, the communities are seeking the recovery of dignity and justice while simultaneously paving a path towards a world that values all forms of life and celebrates all forms of existing.  However in doing so, they have been met with violence.  In addition to the loss of Liz, the former governor of the municipality Julio Tumbo was reported injured.

Dora Muñoz, Coordinator of the We'jxia Kaa'senxi communications collective, who spoke to the press, mentions that at the time of his death , Liz was making audio and video recordings of a military operation to evict Nasa Indigenous People from lands that they claim as ancestral territory, but which the Army argues are private property, according to press reports. The Nasa People had occupied that land and cultivated it for the past six years. The land belongs by law to a private sugar company, Muñoz said. With the implementation of an extractive economy that is based on the monoculture of sugar, the Nasa community has been increasingly relegated to a smaller portions of the Cauca valley. According to the community, over 1,000 agreements over the land have been signed by the government; however, they remain unfulfilled. State violence against the Nasa People is not new; their history of resistance includes the rejection of the installation of hydroelectric dams on sacred lands. This encounter would turn deadly as state aggressors employed dispersal tactics such as the use of tear gas and eventually live munitions that would claim the life of Abelardo.

As explained by the Association of Indigenous Cabildos del Norte del Cauca (ACIN), "the events occurred around 11 in the morning in the El Guanábano sector, where, after destroying crops and huts, the soldiers proceeded to shoot at the community." The authorities of the Indigenous council mention in a statement that “In Colombia these murders are added to the multiple massacres, displacements, attacks, evictions and rights violations that have become a daily plan to frighten, displace and unravel the social struggles and popular."


The continued violence against Indigenous Peoples has also been well documented by organizations such as the Regional Indigenous Council of Colombia. CRIC has called for an end to this violence which they have labeled as genocide. Since January 2016, Colombia’s human rights ombudsmen have reported a total of 486 murders of human rights defenders; the majority of these victims of this violence have been Indigenous. Cultural Survival advocated for a end to this scourge of violence in a November of 2019 report submitted to the United Nation’s 100th Session on the Committee on the Elimination of Racial Discrimination (CERD) in coalition with organizations Semilla Warunkwa  and Consejo Regional Indigena del Tolima.

Cultural Survival condemns these actions and calls upon International organizations and Indigenous communities to denounce this murder and demand justice, while also respecting and guaranteeing the physical, cultural, and moral integrity of Indigenous Peoples in Colombia. We renounce these acts of state violence that are committed against a community who only have their voices to shout and denounce the arbitrariness that they are subjected to. We demand that there be a serious investigation and opportunity for the Nasa Peoples to obtain justice.

We affirm the importance of the role of communication collectives and Indigenous communicators who strengthen the struggle against state and multinational violence and their organizational efforts in order to defend culture, preserve life and mother earth. The assassination of a communicator is an act of violence that infringes upon the right to expression of the Nasa community.