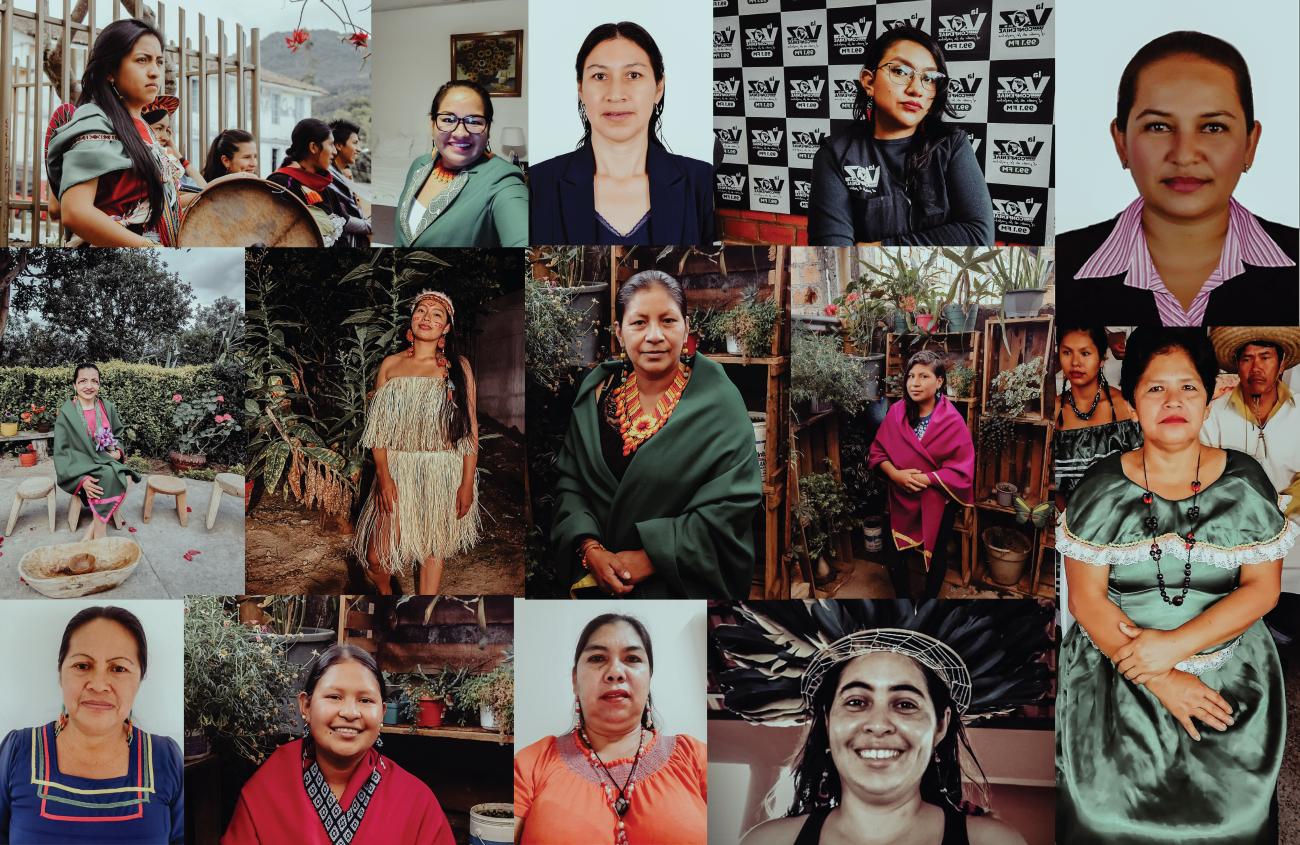 Cultural Survival is pleased to introduce our community of 14 women defenders of life and land in the Amazon Basin. They are part of the group attending virtual workshops during summer 2022, organized by Cultural Survival’s Capacity Building Program. The virtual workshop "Defense of Life and Land in the Amazon Basin" is creating a space for Indigenous women community leaders and land defenders to share experiences and knowledge, strengthen actions to develop work plans in their communities, and implement tools, knowledge, and skills acquired during this training. Meet the defenders: 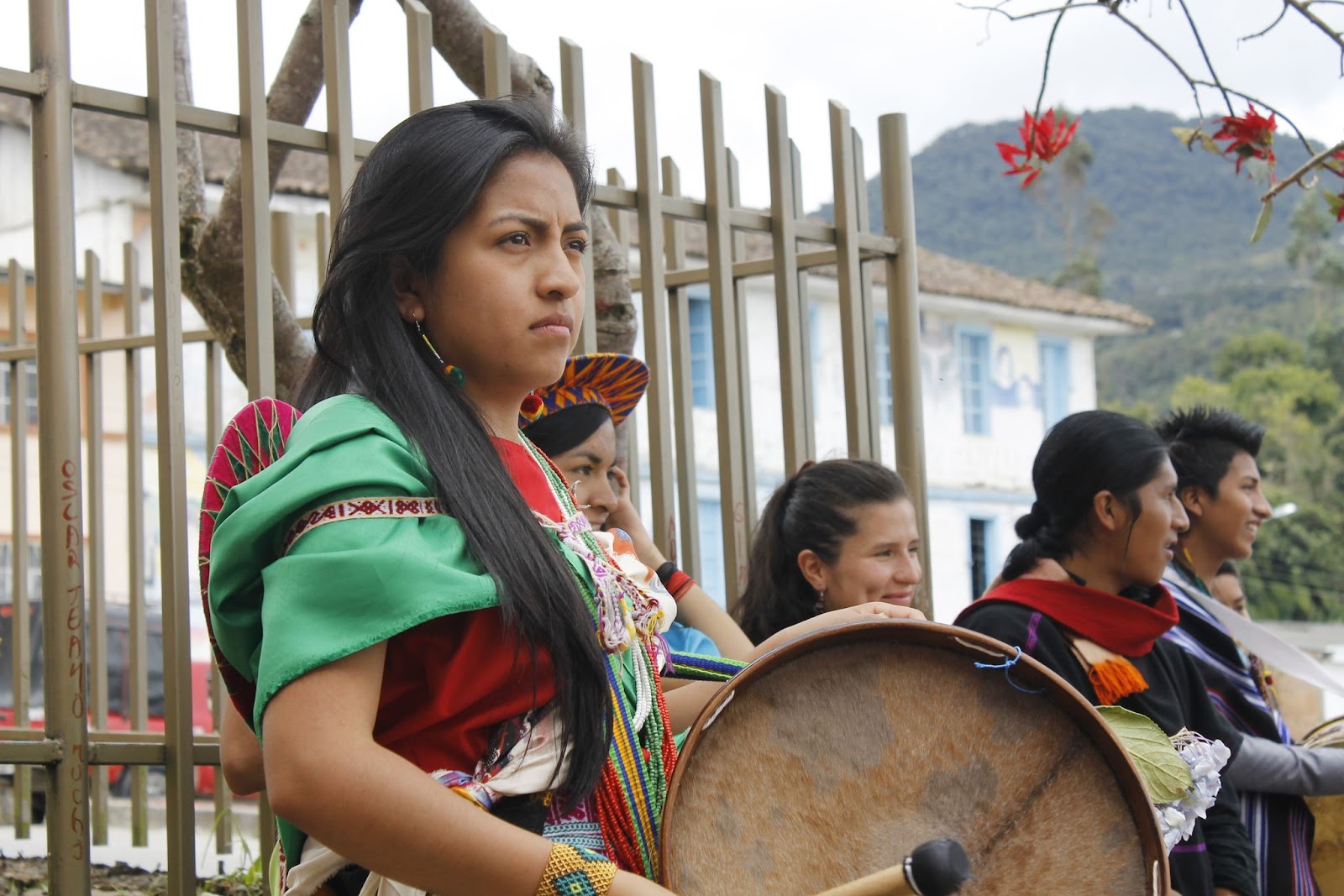 Thanks to her parents Benjamín and Esperanza, Adriana forged her path in buen vivir (good living), care, and respect towards the Alpa Mama/Mother Earth and Inga spiritual knowledge and traditions. She holds a degree in Spanish Language and Literature from the University of Nariño. Adriana is a representative of the Kusikui Indigenous youth group, a mediator for the Taita Gabriel Tisoy Mansajoy itinerant rural library, and coordinates the Inga language research committee on the Inga Rimai radio program. 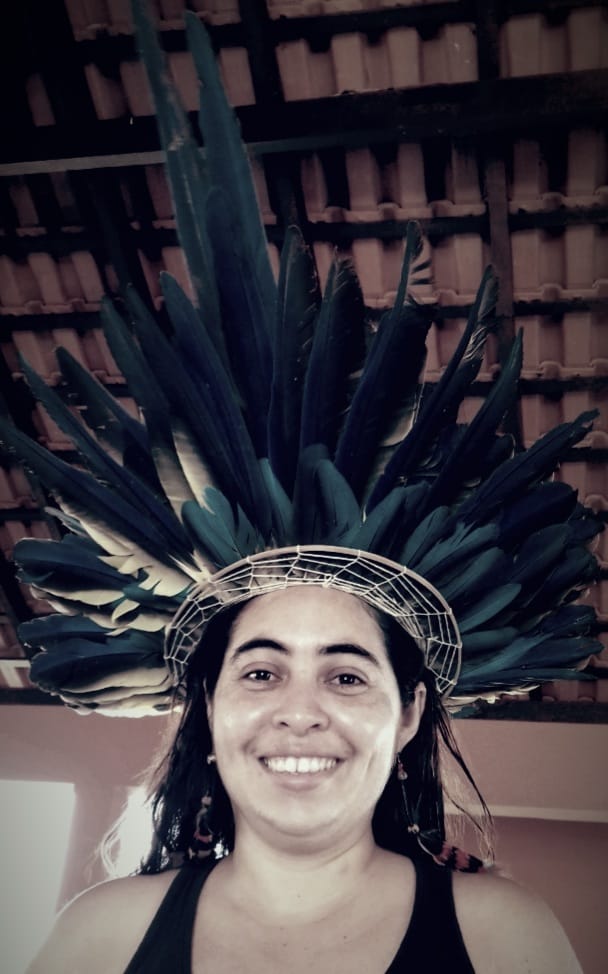 Alexandra is an environmental activist and mother of Ur Yhg E Ohp and Ur Tehr Surui. She currently lives and works with the Paiter Surui Indigenous Peoples in Rondônia in the Brazilian Amazon as a technical consultant for the Paiter A Soe Museum and Associação Gap Ey. She has been committed to the Indigenous movement developing social and environmental projects for almost 20 years. She has focused her work on culture, education, Indigenous rights, production chains, technology, and climate change with a focus on Indigenous women and youth. 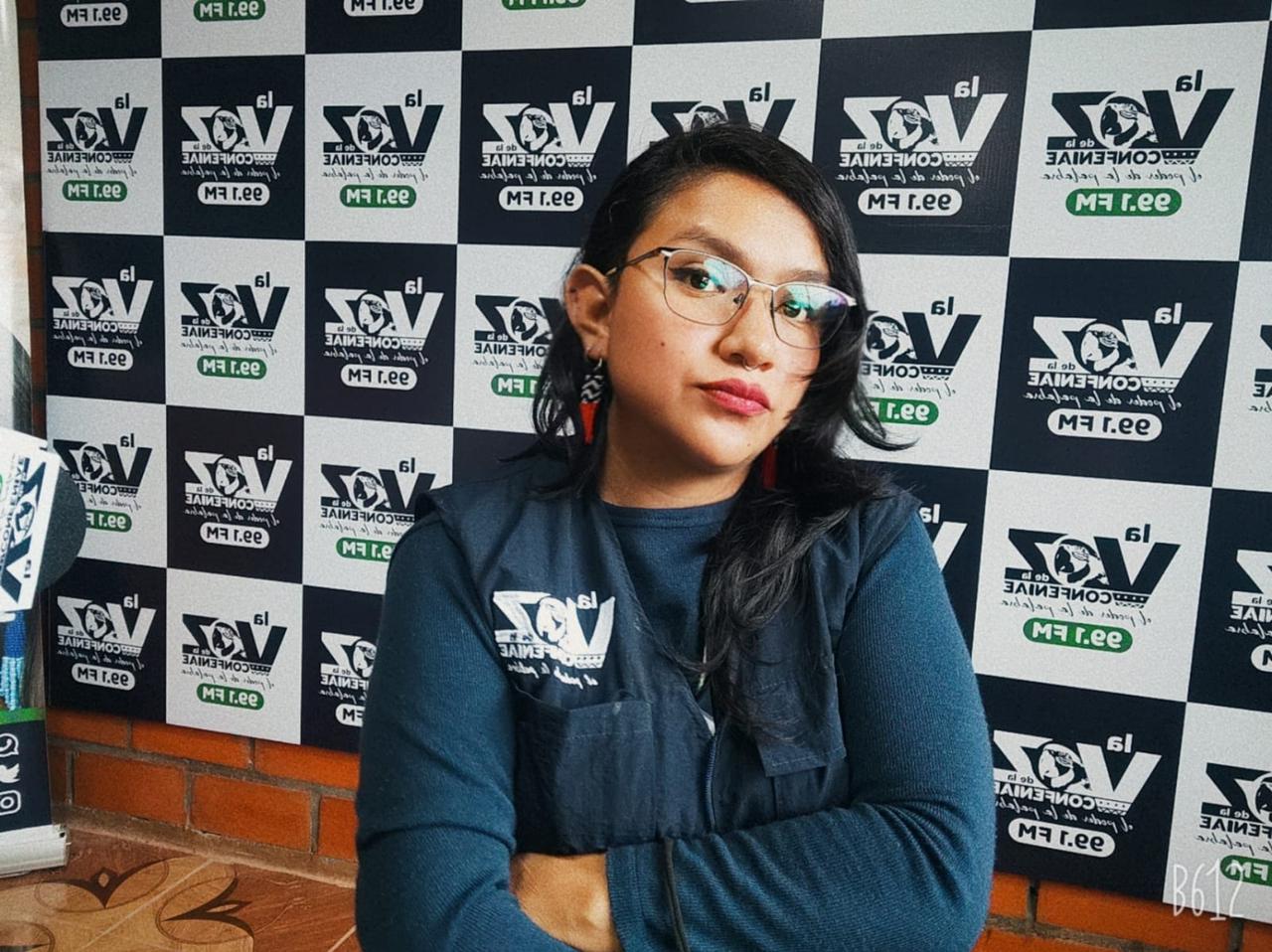 Indira lives in the Kichwa Union Base community affiliated with the San Jacinto del Pindo Commune as a base organization for the Confederation of Indigenous Nationalities of the Ecuadorian Amazon (CONFENIAE) - Confederation of Indigenous Nationalities of Ecuador (CONAIE). As a child, she grew up surrounded by her community in the jungle. She holds a bachelor's degree in Ecotourism and Biomedicine and Tourism Engineering from Universidad Estatal Amazónica. Indira is a member of the community media project Lanceros Digitales, a community health promoter, and a radio presenter on the program “The Voice of CONFENIAE.” She identifies as a community feminist and is co-founder of the Awana Colectiva. She works with women on issues of gender, defense of the territory, human rights, tradition, and economic empowerment. 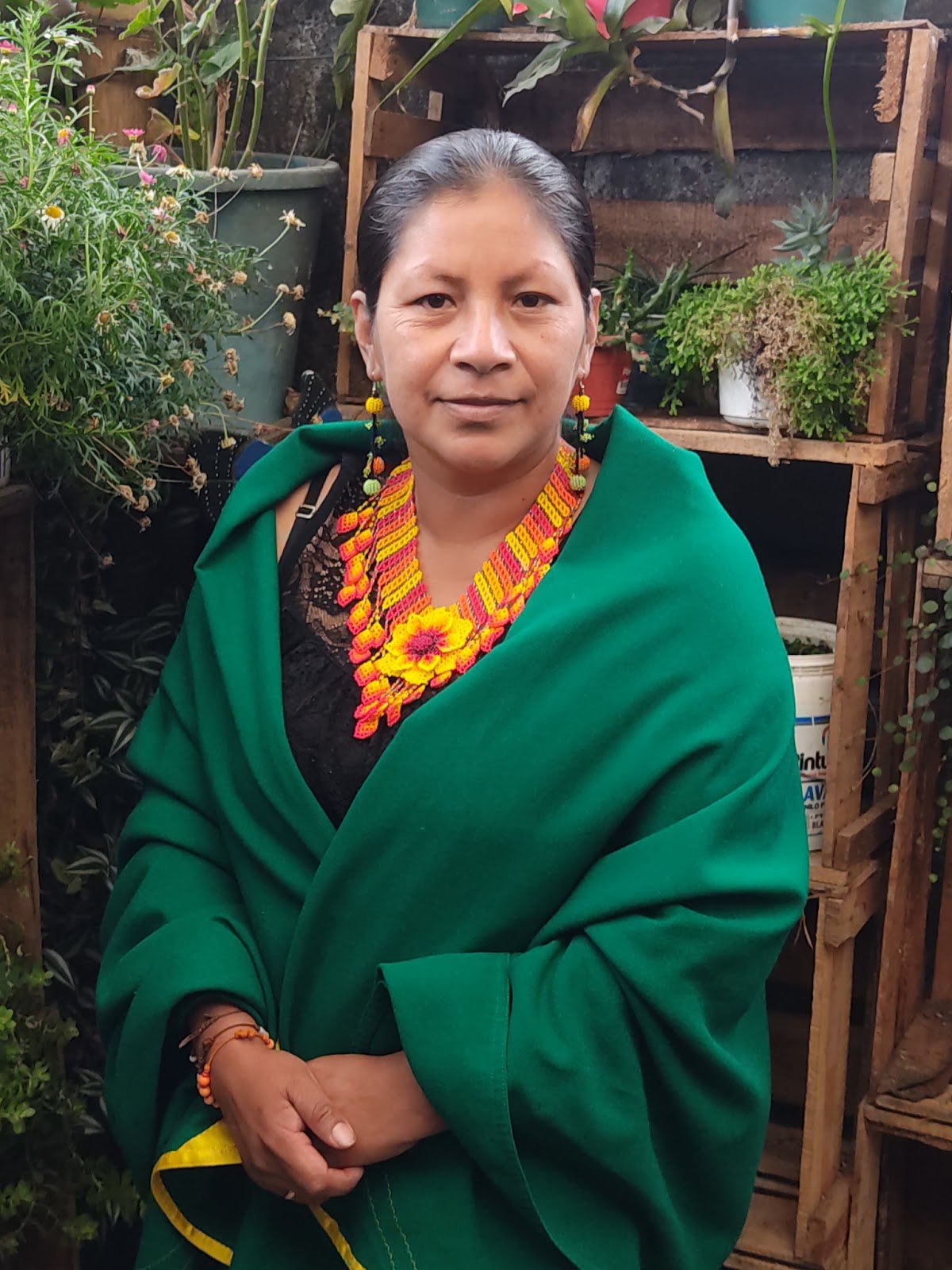 Isabel is from the Kamëntsá Inga reserve of San Francisco, Colombia. She lives with her husband and two children, who are her driving force to get ahead. She is a former chief bailiff, artisan, and leader of the Organization of Indigenous Women "Auaspa Iuiaikuna/Weaving Memories." She wants to participate in this training to contribute to the community processes for strengthening her cultural identity and the defense of her territory. 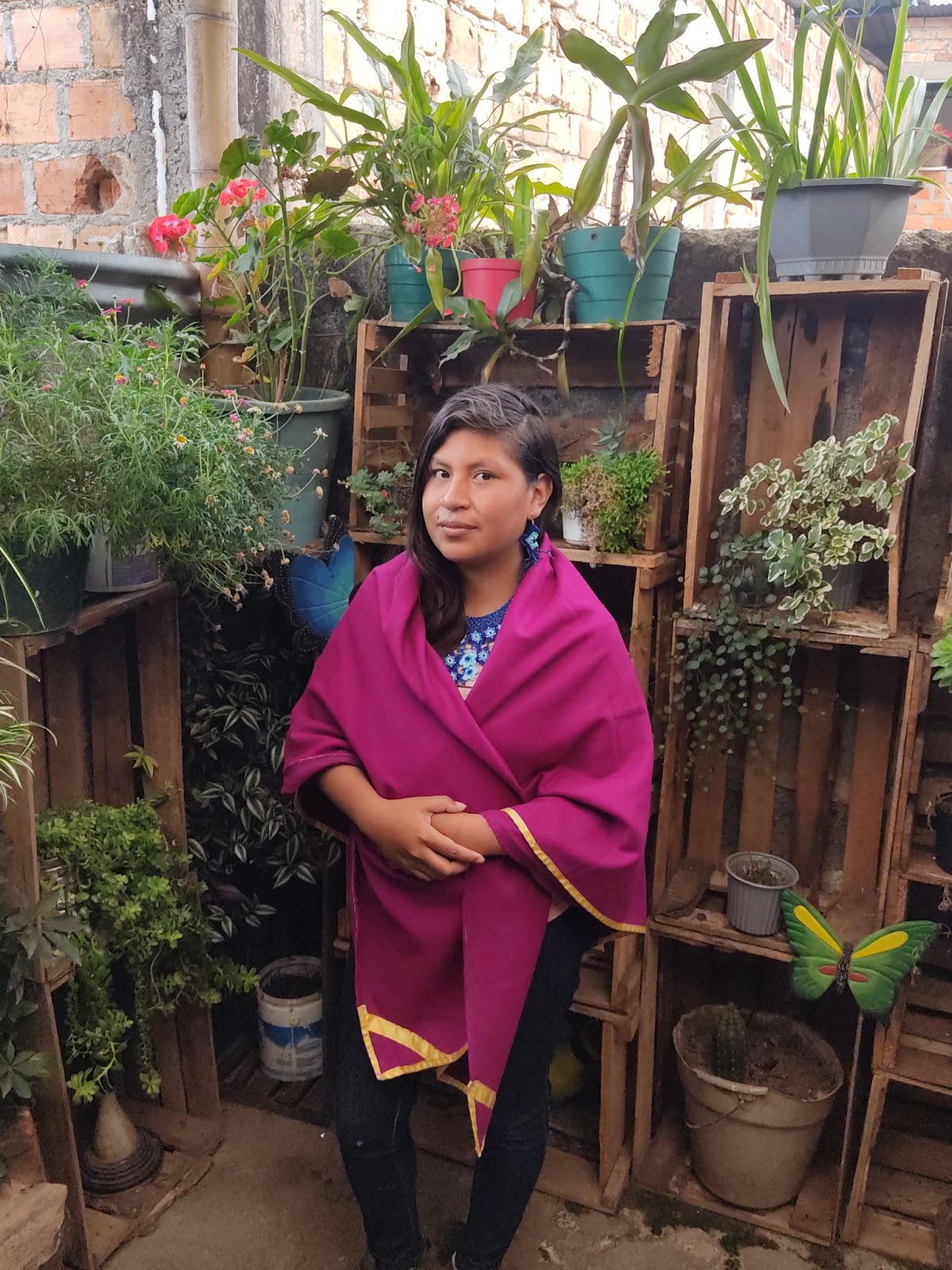 Lorena is from the Sibundoy Valley, Putumayo, Colombia. She is an artisan, mother, community leader, and coordinator of the Organization of Indigenous Women "Auaspa Iuiaikuna/Weaving Memories." She holds a degree in architecture from Universidad Nacional de Colombia. Lorena is a 2020 Cultural Survival Community Media Youth Fellow. Currently, she is developing cultural and community processes through projects that strengthen Kamëntsá and Inga cultures. 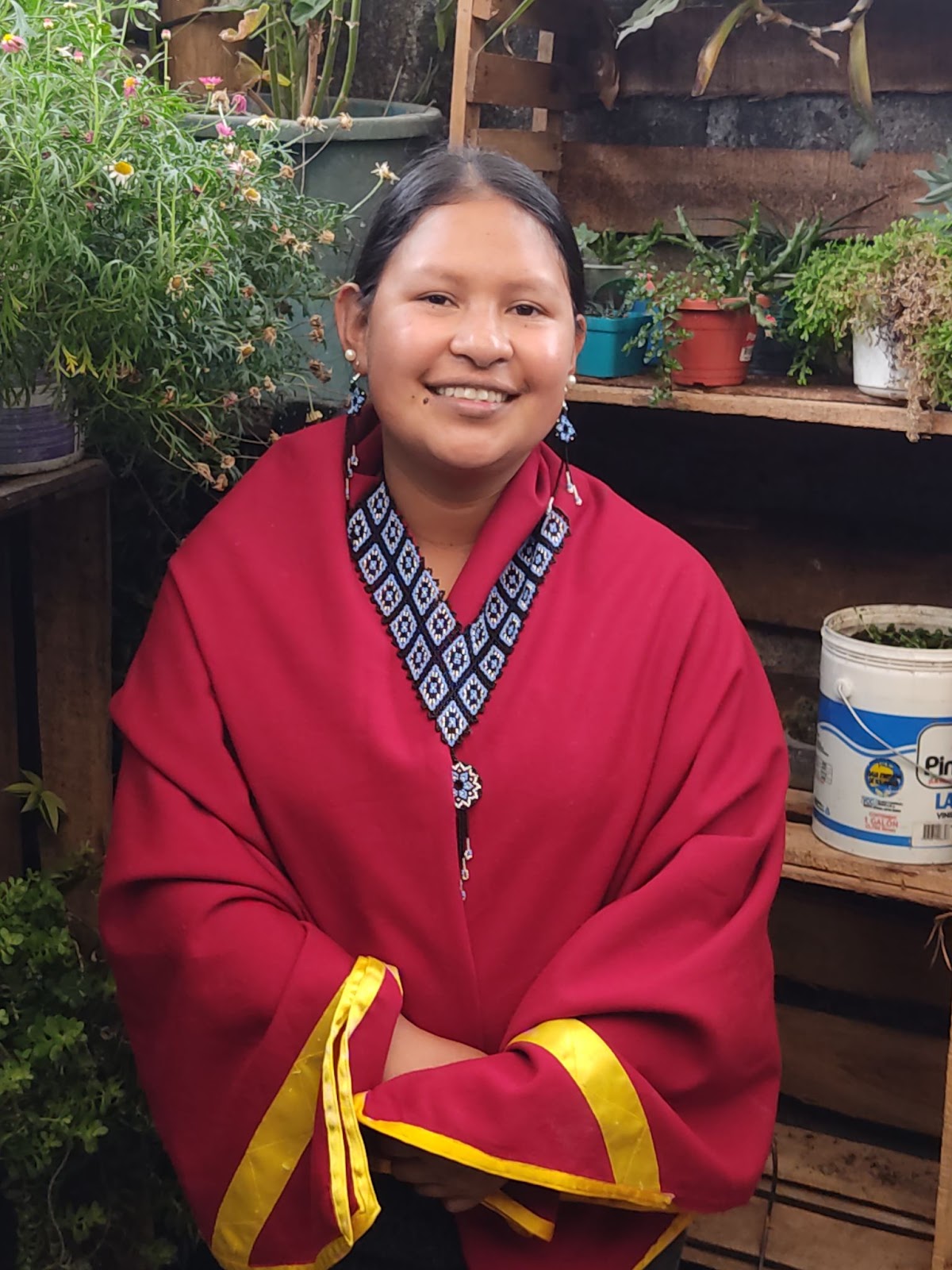 Luz Mila is originally from the Kamëntsá Inga reserve in San Francisco, Colombia. She lives with her daughter and her partner in a rural area surrounded by green mountains and beautiful landscapes. She is an artisan and farmer and has studied technology for occupational health and safety in the workplace. Luz is a leader of the Organization of Indigenous Women "Auaspa Iuiaikuna/Weaving Memories." 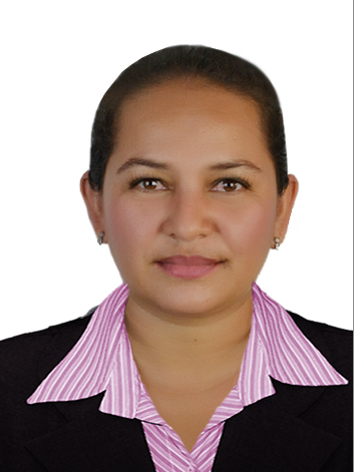 Erdy is a professional in business administration, specializing in accounting and finance. She is Captain of the Morichalito Matsudani reservation and President of Martin, the association of Indigenous women artisans of Vichada. 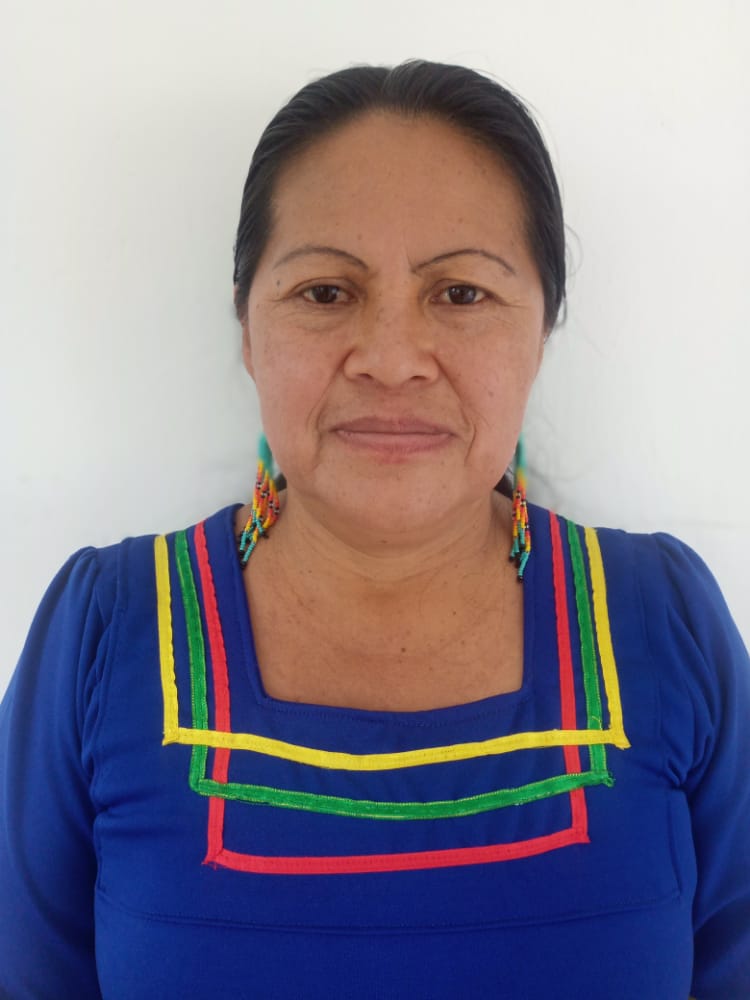 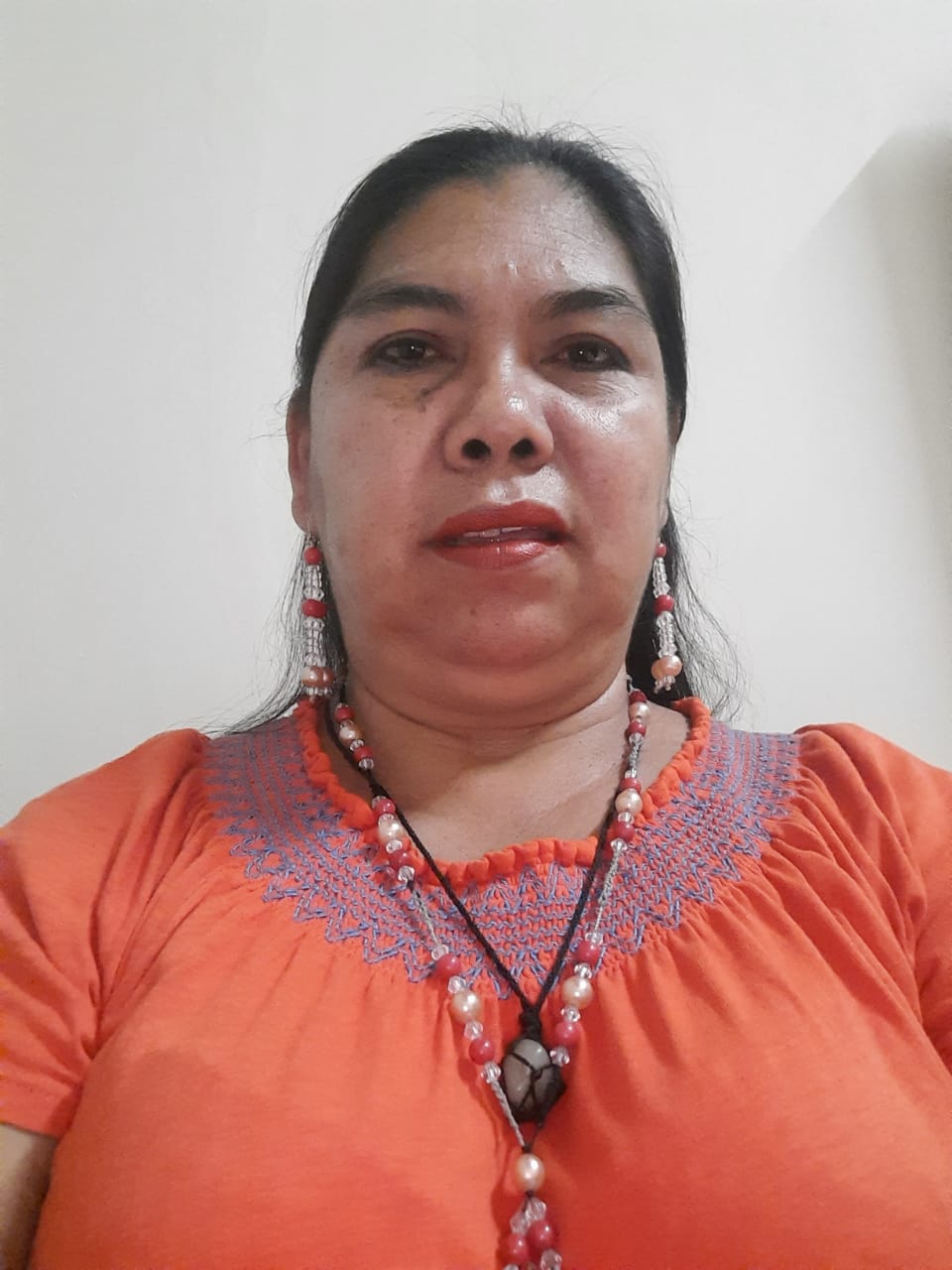 Rosa began as a leader in her community as a promoter of health and gender. In 2014, she became President of the Organization of Rafaeleñas Indigenous Women of Velasco, which carried out a land reclamation project. In 2021, for the first time, the women of her community organized as Chiquitanas Indigenous women to ensure their collective and individual rights as Chiquitana women and for their territory. Rosa was elected President of the regional organization of Indigenous Chiquitana women. 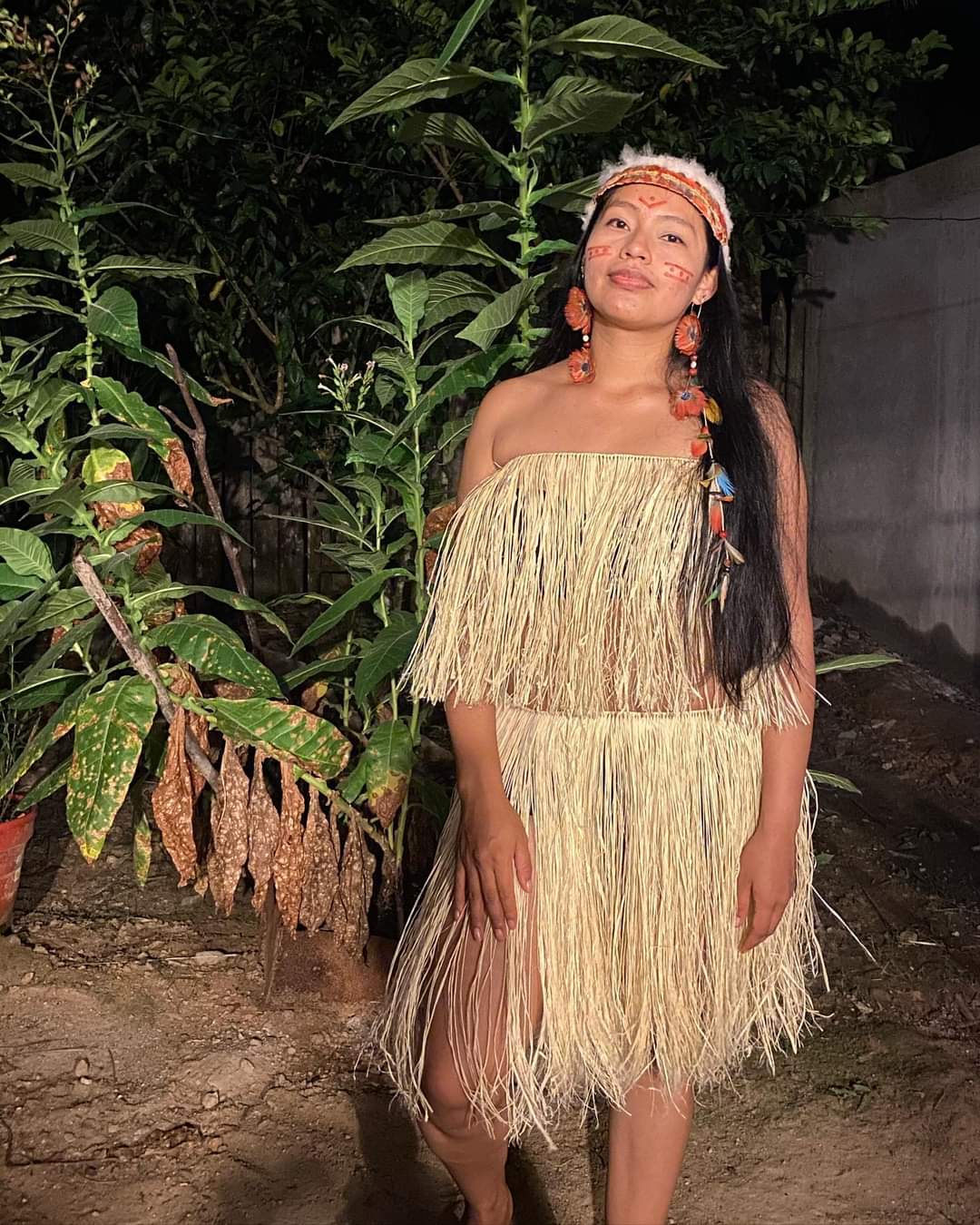 Zaiza is an Indigenous woman from the Yavi Carê Jejenava clan from the department of Vaupés in the Colombian Amazon. Zaiza is a business administrator who graduated from the National University of Colombia. While attending college, she got involved in community work in the Ancestral territory of Piracemo along the Caño Cuduyarí, focused on highlighting the knowledge that children and youth have of the territory through care and recognition. She has worked with Kubeas Indigenous communities, supporting them in organizational strengthening and Indigenous tourism in the department of Vaupés. 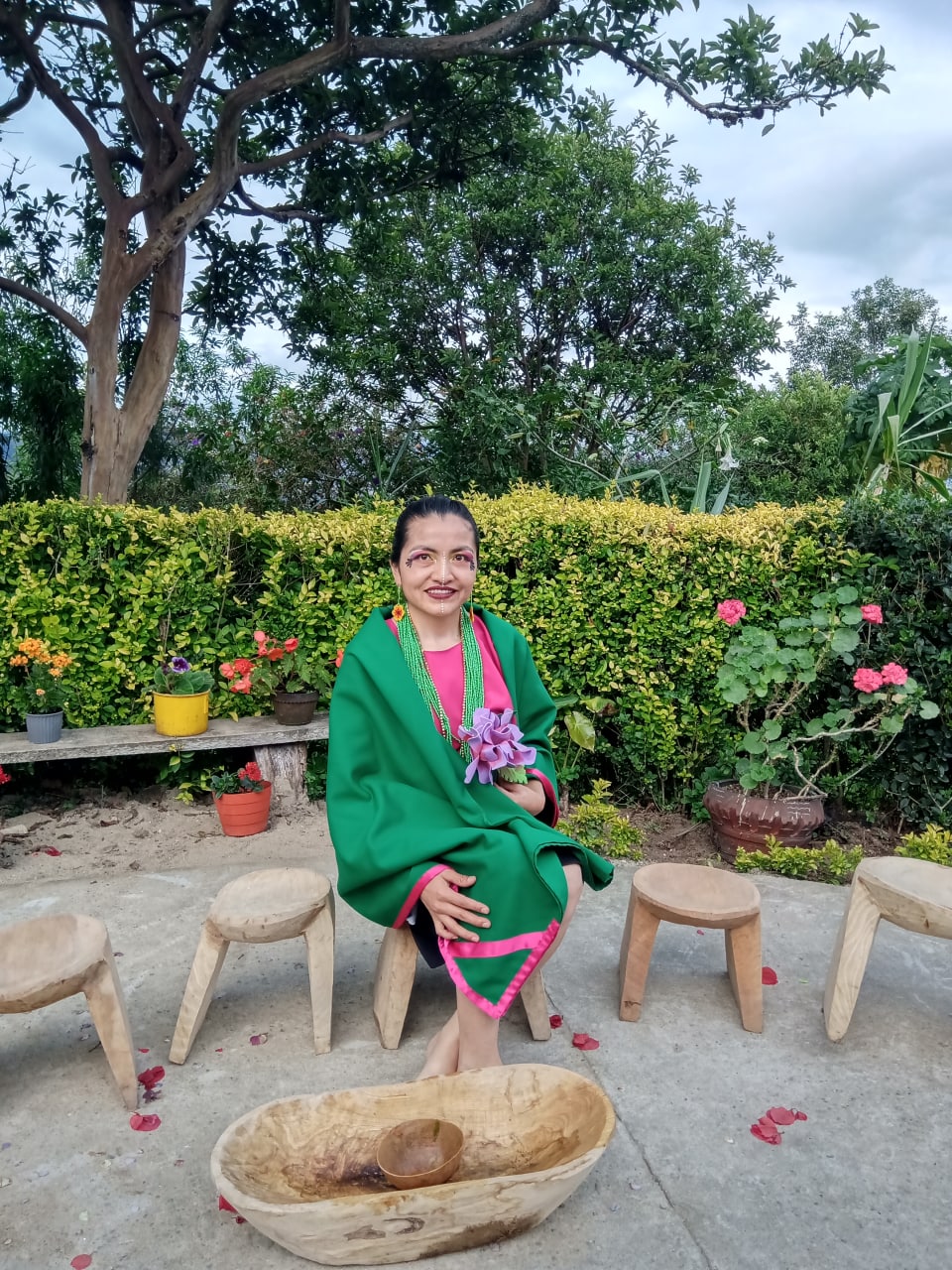 Muskuy is a chagra (traditional cultivation) caretaker, doctor, artisan, biologist, and environmentalist. She has experience in education and research rooted in ethnobotanical and cultural perspectives, with skills in leadership development, research, cultural management, organization, and healing. The care of the chagra, care for the body, and coexistance with plants for better well being have been her inspiration. She is interested in the care and use of medicinal and edible plants, in addition to weaving and crafts that transmit Inga cosmology and wisdom. She likes working towards the documentation of Inga knowledge. Muskuy also has experience as a middle school, high school, and university teacher. She is currently working with women artisans and caretakers of food and medicine in her community. In addition, she continues safeguarding the ancestral wisdom left by her grandparents regarding medicine and their mother tongue. 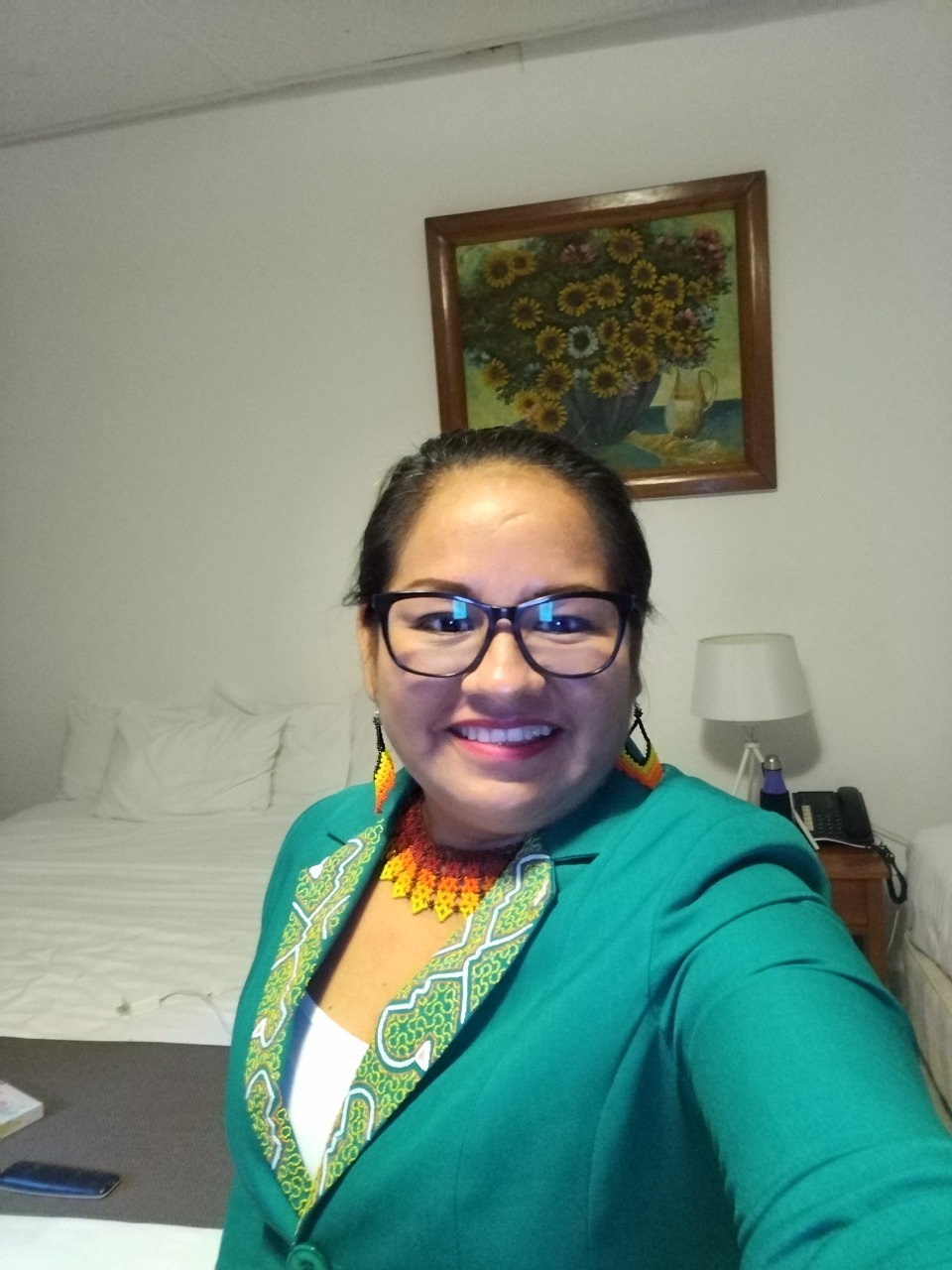 Pilar was born in Cerro de Pasco but was raised in the jungle in Pucallpa, also known as May Oshin, or “the red land.” Currently, she lives in Lima, Peru with her husband and children. For Pilar, it is important to participate in workshops and courses like these since it allows her to strengthen her knowledge about the struggles that women face in making changes in society. 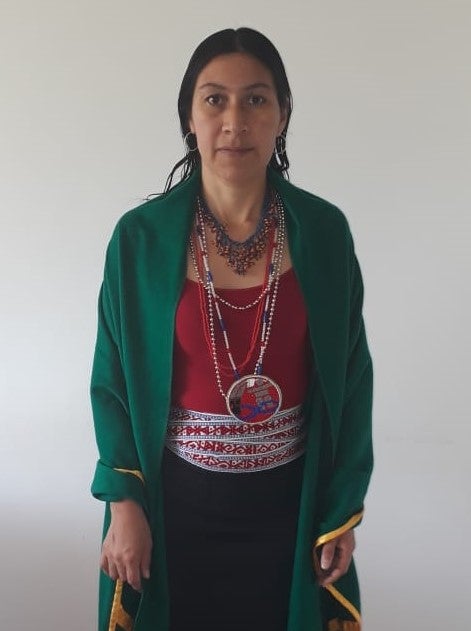 Luz was born in the municipality of Colón Putumayo in the south of Colombia in the Amazon region. She studied at Normal Superior de Sibundoy Putumayo and obtained bachelor's degree in pedagogy, then continued her undergraduate studies and obtained a degree in Linguistics and Indigenous Education from Universidad de la Amazonía Florencia Caquetá. She is currently studying project management at Fundación Universitaria Internacional La Rioja. Luz is passionate about sharing the knowledge passed down to her by her ancestors, as it allows her to strengthen her culture in search of harmony and balance. 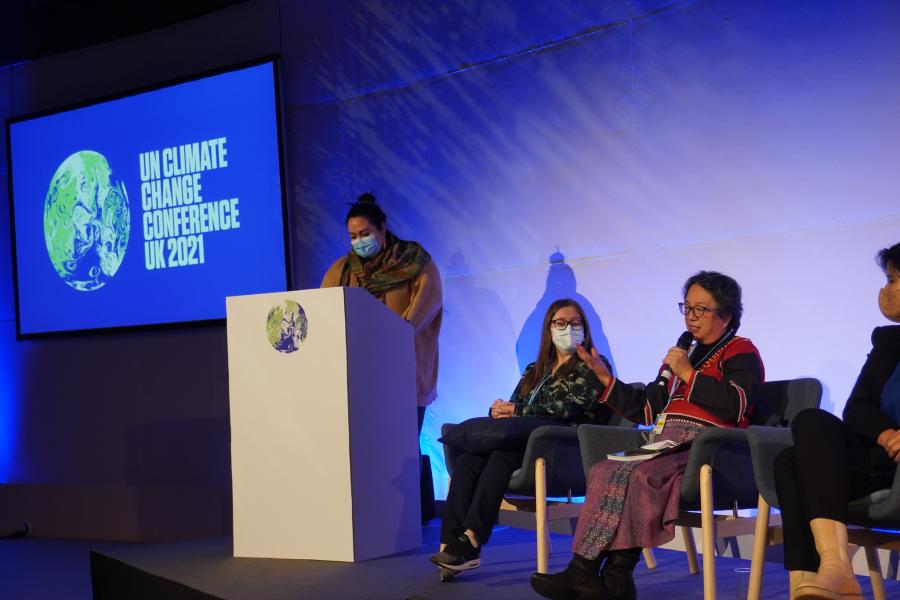 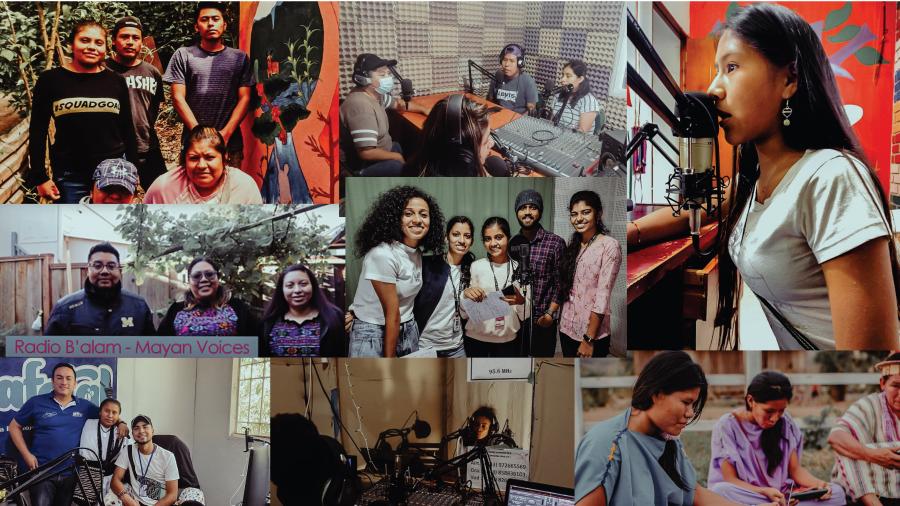 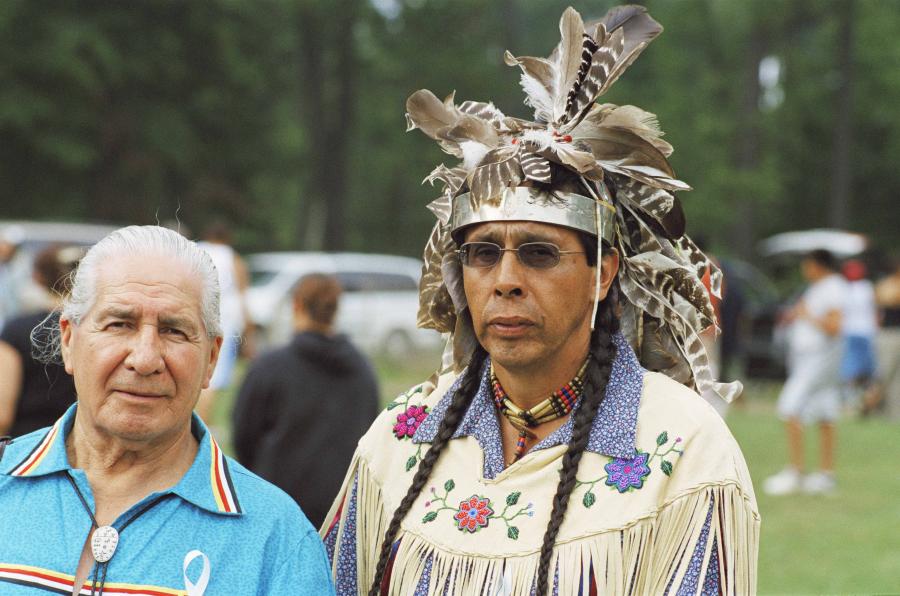 Our Elders Are Our Greatest Teachers