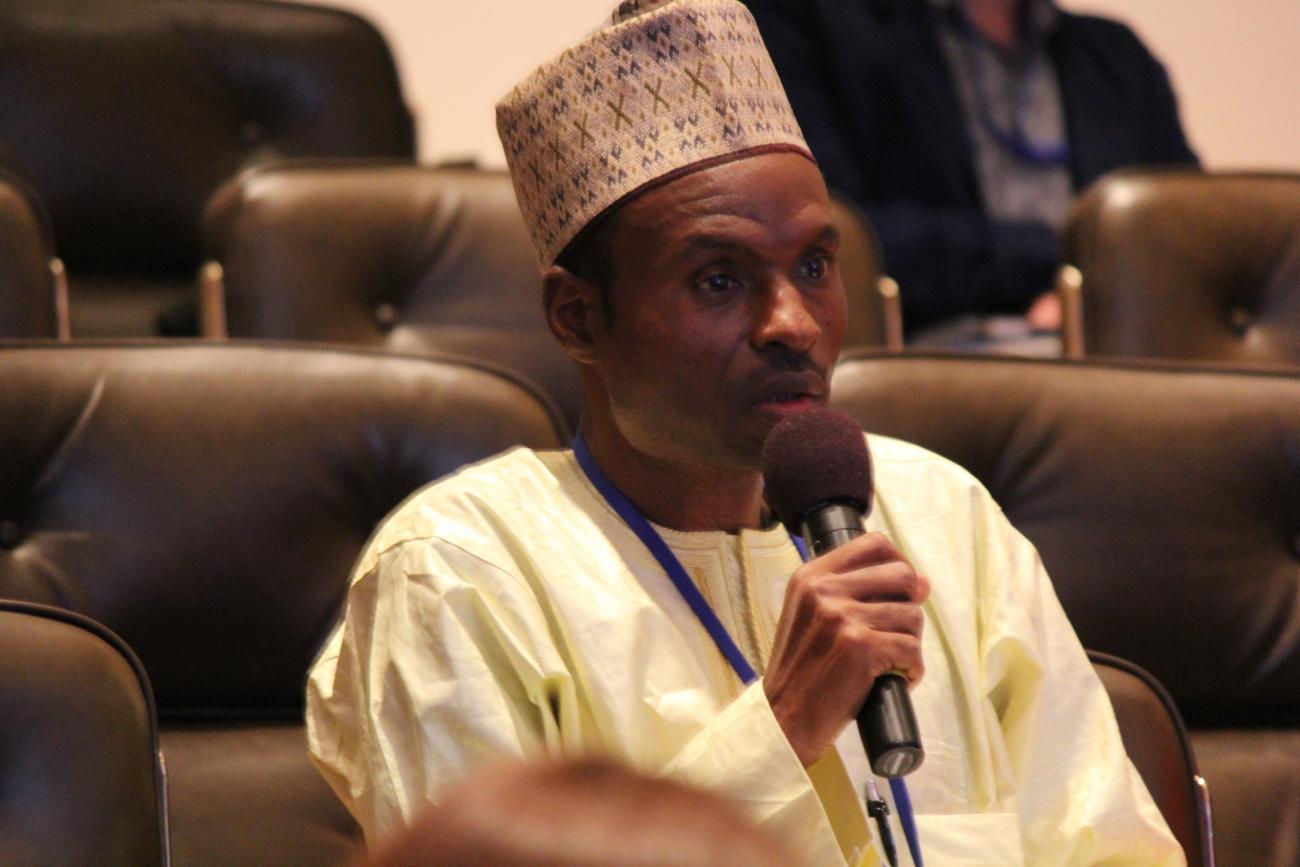 Lawyers for Indigenous human rights defender Musa Usman Ndamba are appealing a  May 11, 2018 decision by Cameroonian courts sentencing the Mbororo community leader to six months in a Cameroonian prison on charges of defamation of character. A fine of XOF 500,000, which is approximately $877, was also levied against him. Ndamba’s bail application hearing was delayed twice leaving Ndamba in prison over a month. This is the latest in a series of delays in Ndamba’s case going back five years. Cultural Survival is one of a group of organizations that are watching the case closely and have recently signed a letter of concern to Paul Biya, President of the Republic of Cameroon. On June 12th, Musa was released from prison on bail while the appeals process is being carried out.

Musa Ndamba serves as the Vice President of the Mbororo Social and Cultural Development Association (MBOSCUDA), an organization that works to safeguard Indigenous Mbororo pastoralists’ rights in northwestern Cameroon. One of the focuses of his work is on land rights; he and MBOSCUDA work to end the corrupt practices of wealthy landowners in the area via exposure. MBOSCUDA wrote a report that called out the most powerful local landowner, Baba Ahmadou Danpullo, for ejecting 70 Mbororo families from his land without compensation.

Ndamba’s bail application hearing was delayed after lawyers representing Danpullo, asked that he be included in discussions of Ndamba’s bail and appeal. Danpullo and his lawyers are claiming that Ndamba injured Danpullo by spreading misinformation about him. Cameroonian law requires that the injured party must be present in court in order to claim any compensation, but Danpullo has neglected to be present on various occasions.

Ndamba has been the focus of judicial harassment for five years, during which time he has been called to court on as many as 60 separate occasions on the same grounds. The harassment began in 2013 when Danpullo filed a complaint against Ndamba and later intensified when he and MBOSCUDA filed a report to the UN detailing the threats that they as human rights defenders encountered in their daily work. The same affidavit material used in charges against Ndamba in that 2013 case were used in the current case against him in 2016. That is to say, the same charges and the same material against Ndamba have been used against him repeatedly without further corroboration or new evidence.  Ndamba’s case is one of a number of such cases of judicial harassment in Cameroon. Other organizations and persons working for land rights in the area face similar harassment, often in connection to Danpullo.

On 25 May, 2018 Cultural Survival and nine other organizations signed a letter detailing grave concerns over the drawn-out judicial harassment in Ndamba’s case.

Cultural Survival joins the Observatory for the Protection of Human Rights Defenders in requesting concerned citizens write to the authorities of Cameroon asking them to: