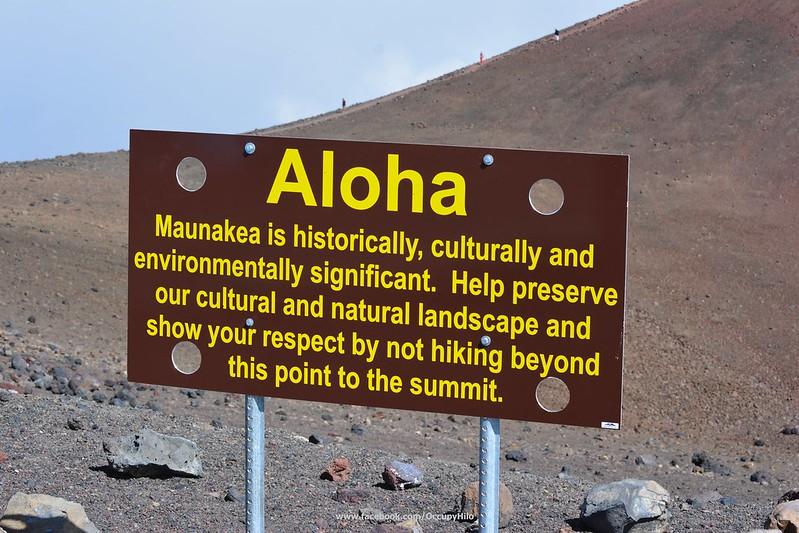 The University of Hawai’i Board of Regents has, as of November 6, 2019, approved new rules regarding Mauna Kea, the sacred volcano on which construction of the Thirty Meter Telescope, or TMT, was set to begin almost four months ago. In the words of Quechua activist Tarcila Rivera Zea, “building the Thirty Meter Telescope goes against the territorial, cultural and spiritual rights of the Indigenous Peoples of Hawaii.”

The issue of violating Indigenous rights in Hawai’i goes back further than just the telescope, though. In the words of community-based organization Kahea Alliance, “In 1995, Nelson Ho of Sierra Club went to the summit to investigate windblown construction debris from the observatories that were entering the Natural Area Reserve. Ho contacted then-IfA Director, Don Hall who went with Ho and others to the summit. They saw 55-gallon drums blown into gullies, construction debris, and trash left by tourists. Hall promised that UH would clean it up. Four months later, the trash was still there. Ho hiked around the summit collecting debris with the names of telescope facilities. The Hawai‘i Tribune Herald ran a front page story on the ways UH and the observatories were trashing the Mauna.

The 1998 audit slammed UH’s mismanagement noting, ‘Trash from construction was cleaned up only after concerns were raised by the public.’ The auditor recommended authorizing UH to make rules to rectify these management issues.

In 2004, DLNR uncovered the observatories’ nine permit violations only because they were on an inspection initiated by community groups initiated a contested case against the Keck outrigger project.

In 2009, the Kanaka Maoli Scholars Against Desecration, Mauna Kea Anaina Hou, the Royal Order, KAHEA, Ka Lahui Hawai‘i, Sierra Club, Life of the Land, Temple of Lono, and thousands of individuals went to the legislature to oppose granting UH rulemaking authority in the first place.

"In KAHEA’s 2009 testimony, we cautioned: the University will use this authority to limit public access, regulate when and how Hawaiians worship, and expand observatory presence, while at the same severely limiting public oversight of decisions made about the summit.”

In July, 2019, 38 people were arrested during a blockade protesting against the TMT. The trial is set for December 20, with the majority of those arrested refusing plea deals. Despite the arrests, protests have continued.

The 11-hour meeting in Hilo was comprised of 99 testifiers, with most vehemently against both the proposal and the TMT. The resolution aimed to resolve concerns regarding Indigenous access to Mauna Kea, and passed with nine votes and one abstention.

Neither side seems to be content with the resolution to decommission five telescopes, presented by the university as a way to manage activity and resources. To quote Jessica Dempsey of James Clerk Maxwell Telescope, “to see the observatory announced for premature decommissioning without warning or consultation without regards to their [the astronomers’] livelihoods or their success has been a cruel blow.”

However, many Indigenous activists are also upset—the Telescope has not been cancelled, and some argue that limitations on vehicles and commercial activity would also limit Indigenous access to the volcano. In the words of Kealoha, president of the Native Hawaiian group Mauna Kea Anaina Hou, "the recent resolution and rules passed by the UH regarding Mauna Kea is just another example of the Jurisdictional confusion created when the State fails to do their job to protect the Mauna Kea Conservation District and in turn allows the University to control Hawaiians and the public on on their own land. The protests that are happening on the other islands is really evidence of the State Of Hawai’i continuing to ‘rubber stamp’ projects that do not have the clear and informed consent of the Indigenous Peoples of this land—this is that poor state of affairs that is happening...globally.” These other protests by Native Hawaiians, such as the one in Oahu against land turbines on Indigenous land, have been sparked by the resilience at Mauna Kea.

Moreover, the resolution could lead to what Kahea Alliance calls “urban sprawl,” due to “the construction of an educational center and relocation of the Hōkū Keʻa to Hale Pōhaku. This entirety of Mauna Kea is a wao akua and putting another telescope by Hale Pōhaku is...inconsistent with even the already bad plan for an astronomy precinct with designated telescope siting areas. Continually expanding ‘visitor activities’ at Hale Pōhaku steps in the wrong direction. We note the University cleared māmane to expand Hale Pōhaku parking and this new construction would likely affect more of the long lived māmane that are critical habitat for the endangered palila...The rules have strayed from their purpose in protecting the mauna from observatory rubbish and instead exempts observatories and UH. Only those portions of the rules that apply to commercial entities should've been approved and the rest should have been sent back for further revision subject to community consultation.”

Although the resolution is effective immediately, it still needs approval from Governor David Ige. "We are not just belligerent Hawaiians, but we have strong feelings. We feel we are right, our right to this mauna," the arrested Noe Noe Wong-Wilson stated on November 4. At the time, protests had been ongoing for over 120 days, with Indigenous protectors and their allies remaining at Mauna Kea since July. Even with the University of Hawai’i’s resolution, it’s unclear whether the situation will be resolved and Indigenous people will have full access to Mauna Kea.

Now, the protestors are gearing up for winter. To quote Kealoha, “The current status of things on Mauna Kea is that the Kupuna and people are continuing to stand strong and hold the line.” Similarly,  Dr. Kalamaoka’aina Niehu, Co-founder of the Mauna Medic Healers Hui, told Cultural Survival, "We are actively winterizing our Pu'uhonua for the winter. Our people, even our Kupuna (elders) are robust and have adjusted to the altitude and harsh weather. We are here. And we will remain here until we win.”