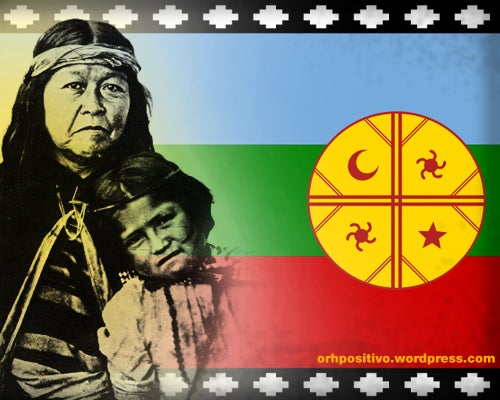 “This is a historic moment for the Mapuche nation and for all nations of the continent because it is setting a precedent for international opinion in a case in which a First Nation seeks justice and reparation for the violence inflicted by the State.”—Victor Ancalaf, Lof Choin Lafquenche, Mapuche People, Chile

San José, Costa Rica.—On Wednesday, May 29th, leaders and members of the Mapuche nation, as well as a pro-Mapuche Chilean Activist, began filing a lawsuit against the Chilean State in the Inter-American Court. This cause, named the “Narín Catrimán vs. Chile Case,” focuses on presenting before the Court the serious damage incurred by implementation of the so-called “Anti-Terrorist Law,” police violence, unjust imprisonment, and discriminatory procedures in the Chilean judicial system. Regarding this, Juan Pichun, from the community of Temulemu, stated, “We hope that the Chilean State is condemned for the violence, raids, and incarceration which it has utilized against members of the Mapuche Nation.”

Taking into account that in Chile a regulation was put into effect that “criminalizes” Mapuche communities’ struggles for their lands and rights, the Human Rights Commission sent the case to the Court on 7 August 2011. According to the Commission, the cases of affected Mapuche leaders will allow the Court to “set standards regarding equality and non-discrimination.”  Also, both the Commission and the Mapuche plaintiffs demand that the Court decides “regarding reparations, in particular non-repetition measures needed to challenge the presence of prejudices and stereotypes.”  This refers to prejudices that have influenced directly in the treatment of these cases in Chile.  In its actions, the Chilean Court has incurred discriminatory practices that seek to deteriorate the legitimate struggle of Mapuche communities to recover their ancestral lands.

One of the Mapuche petitioners, Juan Marileo, from the Lof Jose Guiñón, underscored their goal to seek justice and redress from the Inter-American Court: "I come here to seek justice for all Mapuches. From the beginning, when we suffered State repression and accusations of ‘terrorism,’ I was not the only one suffering. My children, my family, my community, and all the members of the Mapuche people were present.” Then he added: “When I say that we have come to seek justice, that is to say that they must return to us everything that we have lost, principally our lands. And we are here to ask that the Chilean State be condemned for its silent genocide against our nation.”

For direct access to information on the hearing in progress, go to: http://www.corteidh.or.cr/