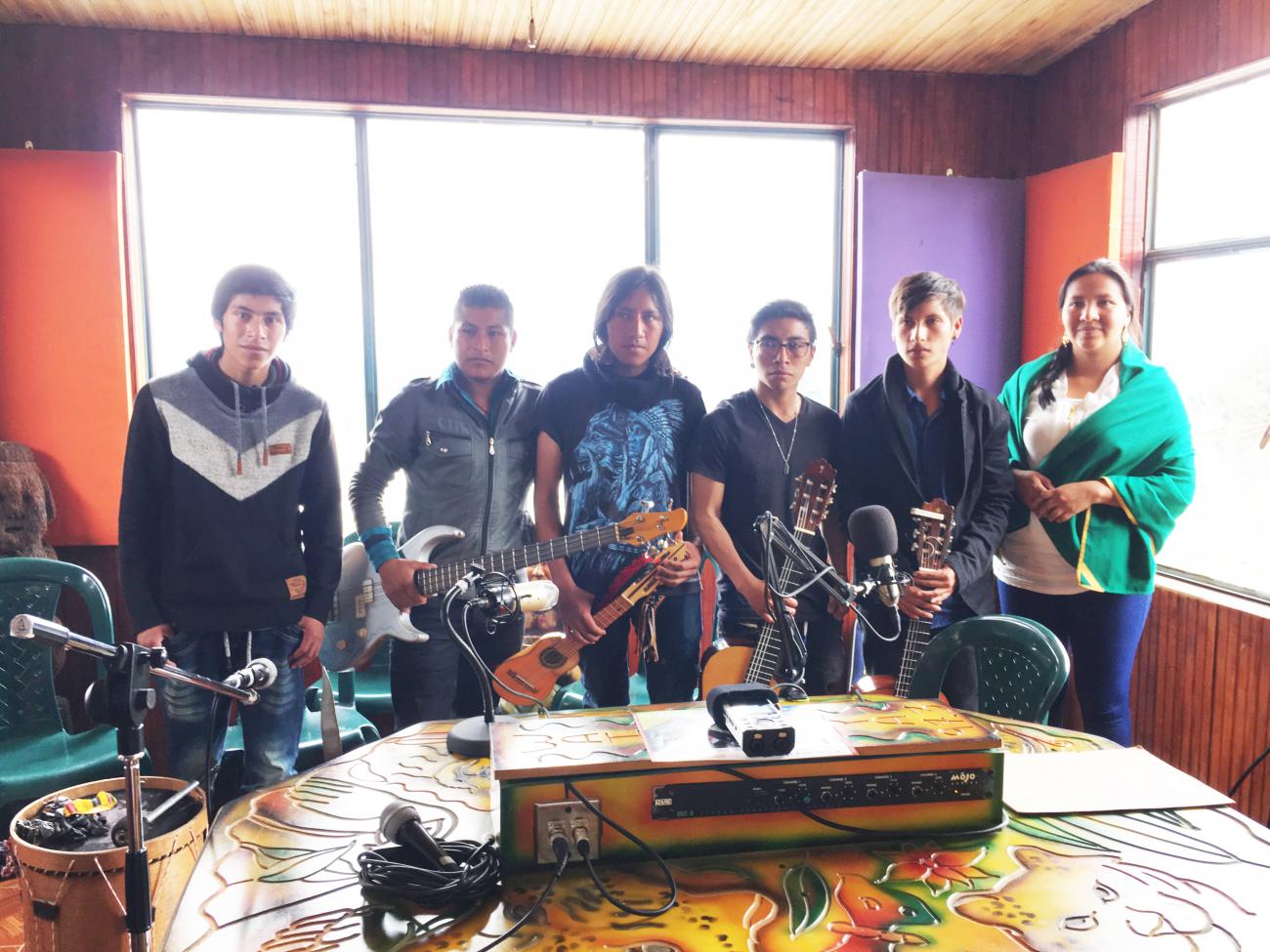 Sibundoy Valley in Colombia is a region inhabited by two peoples, Inga and Kamëntša, as well as others who have been migrating since 1535 to this ancestral territory. The Putumayo region is a mining district, tourist district, a border zone and in a post-conflict era, where Indigenous Peoples are not prepared to face these “time bombs,” it is urgent that Indigenous Peoples arm themselves with knowledge to deal with the environmental and cultural impacts of projects on Indigenous territories. Indigenous communities affirm that companies are carrying out consultation processes in their territories, replacing the State in its duty to protect and guarantee this right. However, trying to obtain the consent of the people to their projects, the companies carry out consultation processes in very short times, generating disintegration and uprooting in the communities.

The Kamëntša people draw strength, unity, and tradition from their territory of Tsbatsanamama (Mother Earth), which nourishes, protects, and guides the community. Fundación Sembrando Vida y Paz was created more than five years ago by an interdisciplinary group of professionals who seeks to inform Kamëntša and Inga communities on Free, Prior and Informed Consent (FPIC) to promote Indigenous rights and push for their implementation by the Colombian government in the face of proposed development projects on their lands.

A Keepers of the Earth Fund grant supported the organization of workshops to train the Inga and Kamëntša communities in Free, Prior and Informed Consent by Fundación Sembrando Vida y Paz. There were three workshops organized for 90 people total, which took place on May 6 and 7, and June 3, 2019. The trainings began with a traditional ceremony with the participation of traditional doctors of the Kamëntša village of Sibundoy. “In the Sibundoy Valley, there was so much demand that there was not enough space for all the people who wanted to participate. It was recommended to extend these to all the fifteen Indigenous communities in the department of Putumayo, especially for the young Indigenous population.” This project was conducted to assist the communities in their efforts to defend their territories against transnational extractive industries, to support their own governance structures and to strengthen their autonomy. Some participants in the training stated that: “Some institutions go from consultation to consultation, setting aside material and spiritual responsibilities with our families, our peoples and with Mother Earth, some come for some things, others for other things, but the territory is one and is alive.” 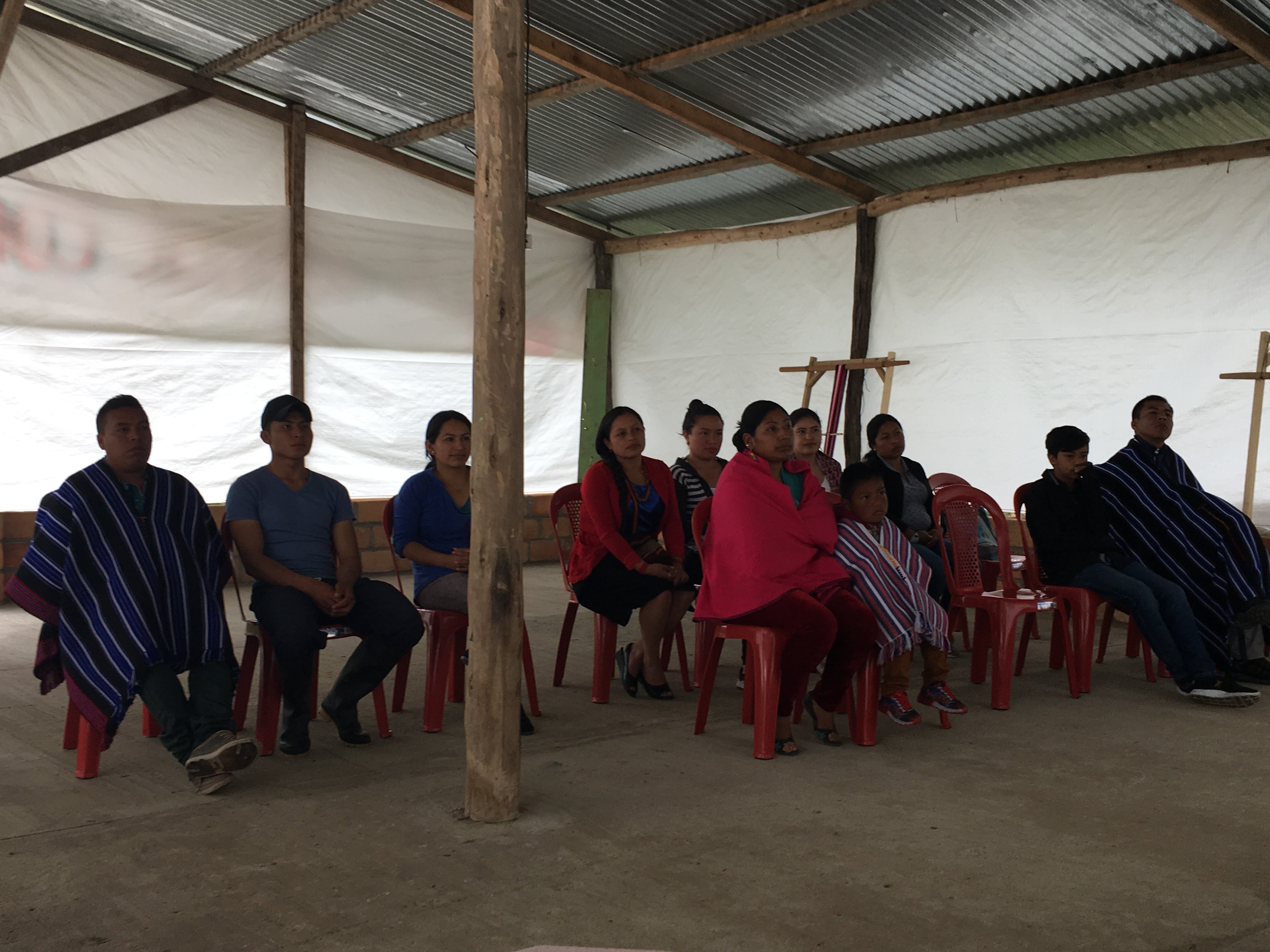 Funsevipaz's final report on the project states, “In the development of training on Free, Prior and Informed Consent, for many participants it was the opportunity to raise awareness of the fundamental rights that assist us as an Indigenous Peoples and as persons. Several participants stated that by not being aware of such rights is why whites are treating us as they please, and these trainings are very necessary tools to claim our rights...Consultation is a spiritual process, proper and autonomous, consultation or permission within the peoples, has always existed, although not with the name and meaning it currently has.”

The trainings shared knowledge that provides civic strength to the Inga and Kamëntša, above all, because they are facing very specific challenges. There are several large-scale development projects which have not obtained their consent, these include the construction of a hydroelectric power plant permitted by the government in 2016 under the argument that there is no presence of Indigenous Peoples in the area; concession of 25 hectares given to the Mocoa Ventures Company for mining, including mine activities in the important Cerro Patascoy; expansion of a main road in the project call “Variante San Francisco-Mocoa” that can produce the destruction of old sacred roads in Indigenous territory and several others.

One of the achievements of these workshops, is that participants learned that their right to be consulted, do not come from a whim, but from a body of national and international laws that the State of Colombia is obliged to implement. This aspect stood out in these events. The achievement of these workshops is not only informative, but also formative, as are becoming practical instruments of action and reflection. The workshop also included organizing a solidarity march and a peaceful mobilization of 974 Inga and Kamëntsa Peoples with Indigenous sisters and brothers from Cauca at the Indigenous Minga.

“In solidarity with the Indigenous communities of Cauca and demanding from the central government the constitution of Resguardo, it was very important to advance the mobilization that was inspired in this training. On Sunday, March 17, 2019, the two Inga and Kamëntša communities concentrated on the Cabildo Mayor of Santiago, then we marched peacefully through the main streets of the town of Santiago Manoy and continued towards the Cascajo village and on the national road we made a seedling until the next day.”

Recognition and respect for autonomy, self-government and self-determination of Indigenous Peoples, to decide their own ways of organization, to administer and preserve their territory are rights enshrined in international law. The collective well-being and common interest of the people must always be a priority. Neither life nor the dignity of communities are negotiable.