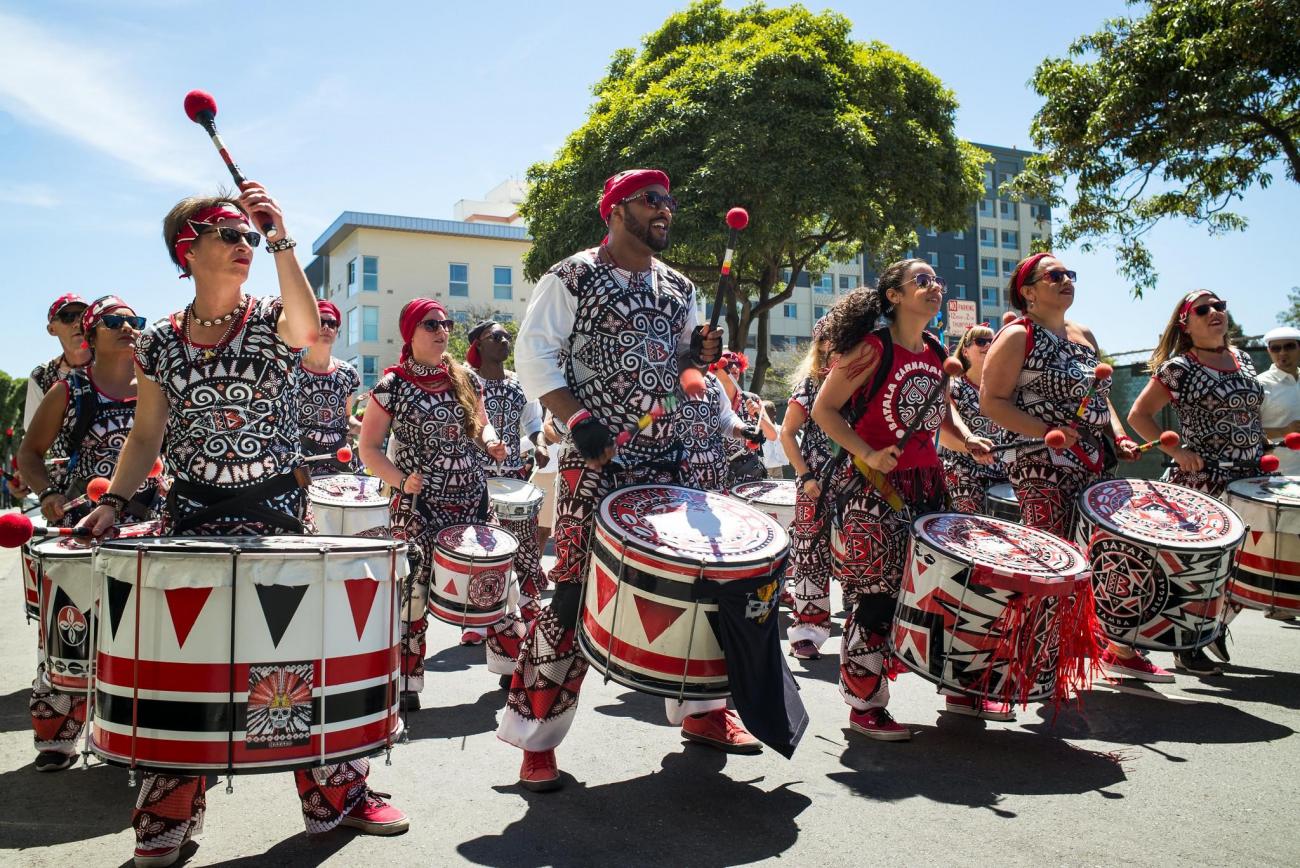 In 1852, abolitionist and formerly enslaved American Frederick Douglass posed a question to the audience who gathered to hear him celebrate the signing of the Declaration of Independence. “What, to the American slave, is your Fourth of July? I answer: a day that reveals to him, more than all other days in the year, the gross injustice and cruelty to which he is constant victim… This Fourth of July is yours, not mine. You may rejoice, I must mourn.”

In many ways, Juneteenth fulfills the dream behind Douglass’ question. The holiday celebrates the date enslaved people in the westernmost point of the Confederate states first heard the words, “The people of Texas are informed that, in accordance with a proclamation from the Executive of the United States, all slaves are free.” Although Lincoln’s Emancipation Proclamation was issued over two and a half years prior and the Confederacy’s surrender had ended the Civil War in April, it was not until June 19, 1865, that the order to end slavery arrived in Texas with sufficient military backing to enforce it. The spontaneous celebration, which followed this announcement, was the first Juneteenth.

Since then, the 19th of June has been celebrated annually as the end of slavery in the United States, although the United States government has yet to recognize Juneteenth as a federal holiday. Juneteenth endured through the suppressive efforts of the Jim Crow era and the hardships of the Great Depression to be seized and expanded during the Civil Rights Movement in the 1960s. Its form varies from parades showcasing Black and African Diaspora dance and music to community barbecues, from public lectures to private retellings of families’ oral histories. Juneteenth may still be a new word to some Americans, but it has been a day to remember Black histories and celebrate Black cultures for over 150 years.

Histories of the United States tend to frame the struggles of Black and Native Americans as allied but separate: Native Peoples were genocidally disappeared to be replaced by white landowners, who then enslaved African Americans. But Indigenous Peoples never vanished. They endured, survived, and have been present and participants throughout all of the United States’ history, through the wake of hundreds of years of racist and genocidal policies. For two and a half centuries, their stories have overlapped and intertwined with those of Black Americans. This includes the stories of slavery and Juneteenth.

Although often posthumously flattened into binary categories of Black or Native, multiracial figures fill American history. Crispus Attucks, the first person killed in the Boston Massacre, was of both African and Native (Nipmuc or Wampanoag) descent. Pioneering nineteenth-century sculptor Edmonia Lewis was both Mississauga Ojibwe and Afro-Haitian. In Galveston, Texas, the 250,000 enslaved people who were freed on Juneteenth were African, Indigenous, Black, and multiracial. Over the course of 200 years, an estimated two to four million Indigenous Americans were subsumed into the same global system of slavery which brought 10 million Africans to the Americas. Enslaved Cree, Assiniboine, and Monsoni men worked as agricultural and domestic laborers in Montreal and enslaved Plains Apaches cultivated sugar cane in Martinique, all locked into the abhorrent web of hereditary chattel slavery which suppressed the cultures, stole the histories, and interwove the fates of millions of Indigenous people from three continents. The ongoing erasure of Indigenous histories in the United States has obscured another part of this chapter in American history. Juneteenth was not the end of slavery for all Black people in the boundaries of the modern-day United States. When the Civil War began, over 8,000 Black people were held in slavery in Indian Territory. Occupied by the “Five Tribes” (Cherokee, Chickasaw, Choctaw, Creek, and Seminole) after their genocidal removal from their ancestral lands, Indian Territory was both sovereign and subjugated. The Tribes were independent nations, but under the heavy-handed “guardianship” of the United States. As residents of a territory not a state, enslaved people on Native lands were not counted in geographic censuses. Their absence is marked by clean-cut lines and white voids on maps like these, as if the dense pattern of enslavement in the Southeast stopped abruptly at a line in the sand around present-day Oklahoma. Freedom for those enslaved by these Native Peoples came only with the Treaties of 1866 which the United States opportunistically leveraged Tribal involvement with the Confederacy to force new and devastating terms of surrender, despite the fact that Tribal members fought on both sides. These treaties were signed a full year after the celebrations in Galveston. Uncounted those two centuries ago, the people enslaved in Indian Territory remain often overlooked and forgotten today, even on Juneteenth.

Today’s historians, Elders, and Tribal Knowledge Keepers are working to recover these stories in full, without shying away from such painful complexity. Historian and curator Paul Chaat Smith (Comanche) reflected “Obviously the story should be, needs to be, that the enslaved black people and soon-to-be-exiled red people would join forces and defeat their oppressor.” But history does not offer such easy victories. In Smith’s words, “The Cherokee owned slaves for the same reasons their white neighbors did… They were willful and determined oppressors of blacks they owned, enthusiastic participants in a global economy driven by cotton, and believers in the idea that they were equal to whites and superior to blacks.”

Smith’s recent work has brought to light the histories of the 1,200 enslaved Blacks taken west along the Trail of Tears. Other scholars have explored the intermingled Seminole and Black maroon communities in Florida or the Keetowahs, an abolitionist group in the antebellum Cherokee Nation. Angela Walton-Raji, a genealogist who researches Black Freedman from Indian Territory, traces how racialized ideologies of “American Progress” and the insidious spread of white supremacy set the stage for 20th and 21st century conflicts over Tribal membership.

“America is built upon genocide of indigenous peoples and the enslavement and labor of Africans,” the Indigenous Environmental Network reflected in a recent solidarity statement,“We have been pitted against one another to serve racist and divisive interests. We reject this false division and embrace the collective struggle. As we continue to fight back in solidarity against colonization and white supremacist ideologies, we acknowledge the need  to confront the anti-Black racism that exists within our own communities, in our families, and within ourselves.  We pledge to embrace the ways in which our histories and families have been forever linked by blood, struggle, and love. We pledge to do the challenging work to build deeper solidarity. Our struggles are intertwined with each other.” This statement is only one among many.

Juneteenth does not only hold space to remember. It is also a platform to speak out. This Juneteenth, Native people across the United States stand up in support of Black Lives Matter and in solidarity with Black communities. Like their pasts, the present and futures of Indigenous and Black people remain entwined and interwoven.