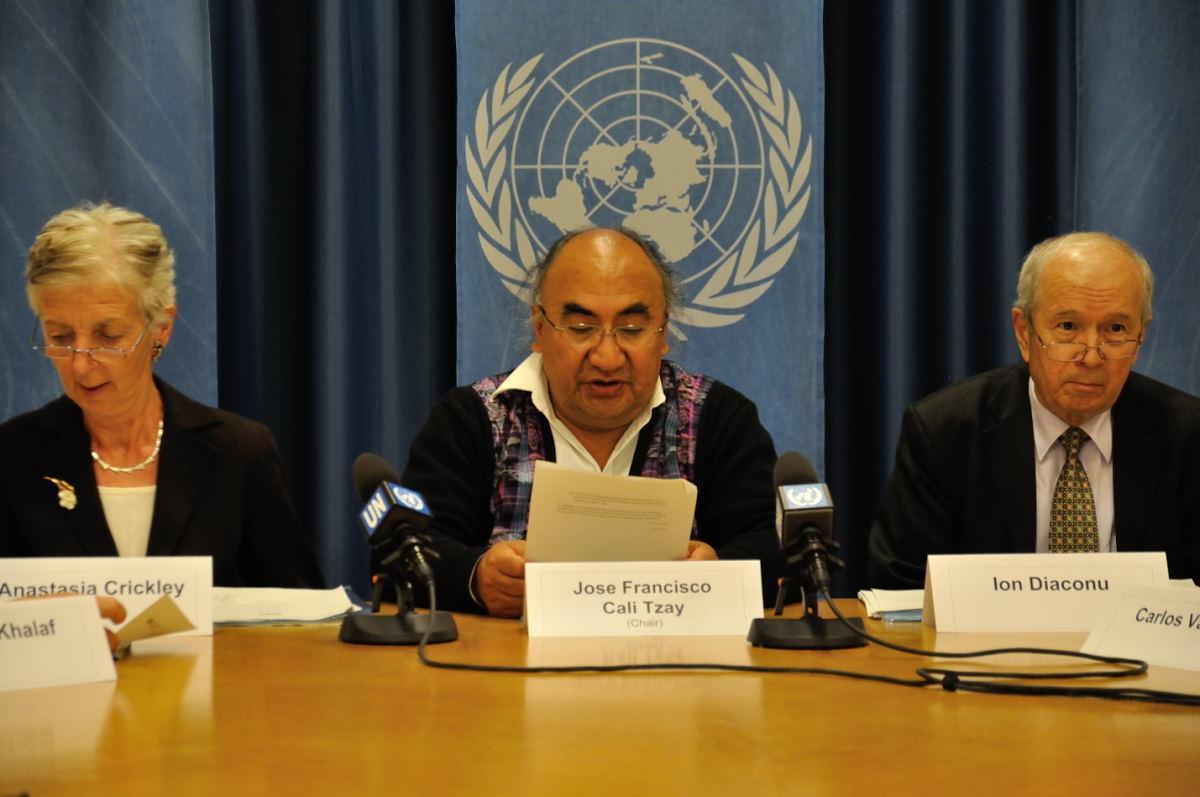 José Francisco Cali Tzay (Maya Kaqchikel), a longtime defender of Indigenous rights, completed his term on the United Nations Committee on the Elimination of Racial Discrimination (CERD) on January 19, 2020. The CERD is the Treaty Monitoring Body for the International Convention on the Elimination of All Forms of Racial Discrimination (ICERD), and one of nine International Human Rights Treaties within the UN system. The ICERD is legally-binding for the 175 countries (State parties) which have ratified it to date.  The CERD was the first Treaty Monitoring body to be established within the UN System and is responsible for reviewing the compliance of all State parties with the provisions of the ICERD.  It also makes recommendations as to how States should change their policies and practices to comply with their obligations under the ICERD to eliminate racial discrimination in their countries.

On the CERD, Francisco Cali was not only a member of the committee starting in 2004, but was elected president for a 2-year term from 2014 to 2016. He  was the first Indigenous expert to be on a UN Treaty Monitoring body, let alone president of one. His impact is undeniable; in recent years, the CERD has been an active supporter of Indigenous Peoples, addressing violations and threats to their rights and culture.

Born in a conflict-torn Guatemala, Francisco Cali began fighting for Indigenous Peoples from a young age despite being targeted and exiled (to Canada and Mexico) as a young Indigenous leader. Francisco Cali’s career began with law school in Guatemala; he then went on to become an International Fellow in Comparative and Federal Indian Law with the University of Oklahoma College of Law.

In addition to serving as an essential member on the CERD for the past 16 years, Francisco Cali has led many Indigenous Peoples’ organizations and human rights bodies. In 1995, he founded the Indigenous Rights Program of the Human Rights Legal Action Centre; just years later, from 2001 to 2004, he served on the Presidential Commission against Racism and Discrimination against Indigenous Peoples of Guatemala. From 2008 to 2012, he served as the Director for Human Rights in the Ministry of Foreign Affairs in Guatemala. Other work includes advocacy work for Indigenous Peoples with the United Nations, political advising for Nobel Peace Prizewinner Rigoberta Menchú Tum, and chairing the Board of Directors on the International Indian Treaty Council.

As a tireless advocate for Indigenous Peoples, it is no surprise that he has received numerous awards over the course of his professional career. These awards include but are not limited to the International Award for Equality and Against Discrimination, and recognition for defending rights of Indigenous Peoples in Tecpan, Guatemala. Today, Francisco Cali continues to serve as the Ambassador of Guatemala in Germany, Poland, and Ukraine.

“I look forward to working with United Nations bodies, Indigenous Peoples and States from around the world to carry out this role,” Francisco Cali said.