Investigative Podcasts and their Future in Community Indigenous Radio 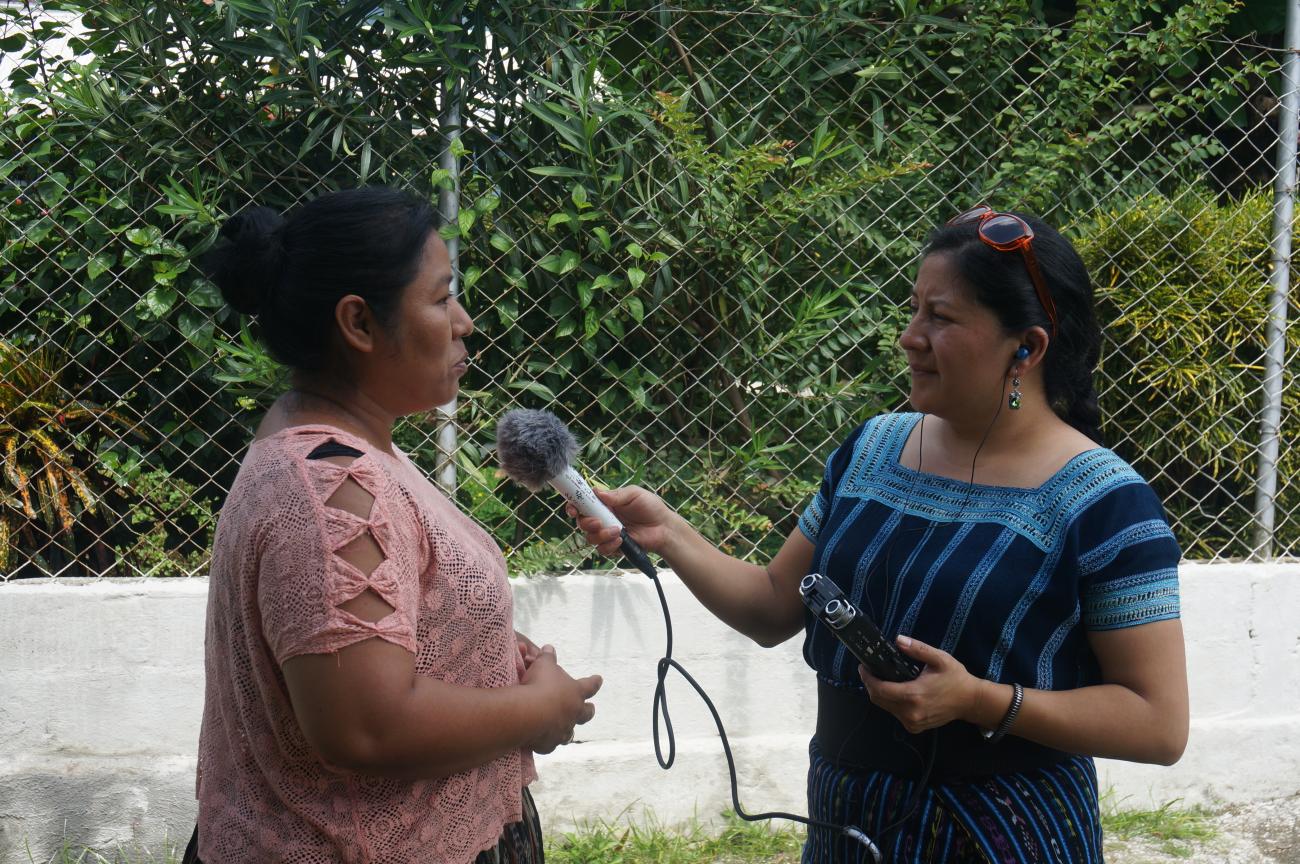 When I attended the eleventh Global Investigative Journalism Conference in Hamburg, Germany, I had many expectations about the session on investigative podcasts, hoping that this panel would stand out from the others at the event. I was correct. Connie Walker, Adele Humbert, Alessia Cerantola and Giulio Rubino shared with us, an excited audience, their interesting experience conducting investigations and presenting themthrough narrative audio. Their podcasts have managed to hookthousands of listeners not only in Canada, Germany, France and the United States—their countries of origin—but also around the world. A big success, considering that investigative stories in written media do not attract as many readers, at least in countries like mine, Guatemala.

Weeks after the conference, in a conversation with Galina Angarova, Executive Director of Cultural Survival (an organization that I work for), she mentioned that “the art of storytelling” was something very typical of the Indigenous Peoples, and that we ought to find ways to position them to take advantage of this ability. I was left thinking about what she had said and thought of ways in which the Indigenous Peoples could use this talent to talk about the problems that they face. Connie Walker, for example, began her relationship with podcasts about Indigenous Peoples with a series called 8th Fire on CBC, composed of four chapters told through Indigenous voices examining the relationship that they have with the rest of Canada. This was the beginning of CBC Indigenous, which shares news and current events about the Indigenous communities of Canada.

Later, Walker began to investigate stories of disappeared and murdered Indigenous women, which led to the creation of Missing & Murdered. The success of this series was confirmed with Finding Cleo, which follows (literally accompanying) a Cree family in search of their daughter who was detained by child welfare authorities in Saskatchewan in the 1970s, adopted and later killed. The podcast not only received praise in 2018 as one of the best of the year, but also as one of the most listened-to podcasts of all time. There are few reasons why Finding Cleo as so successful. First is that Walker, like Cleo, is Cree, which allows her to understand the Cree situation and share what really happened with this Indigenous community. Second is that Walker takes full advantage of audio elements to insert the listener into each scene as the story develops. 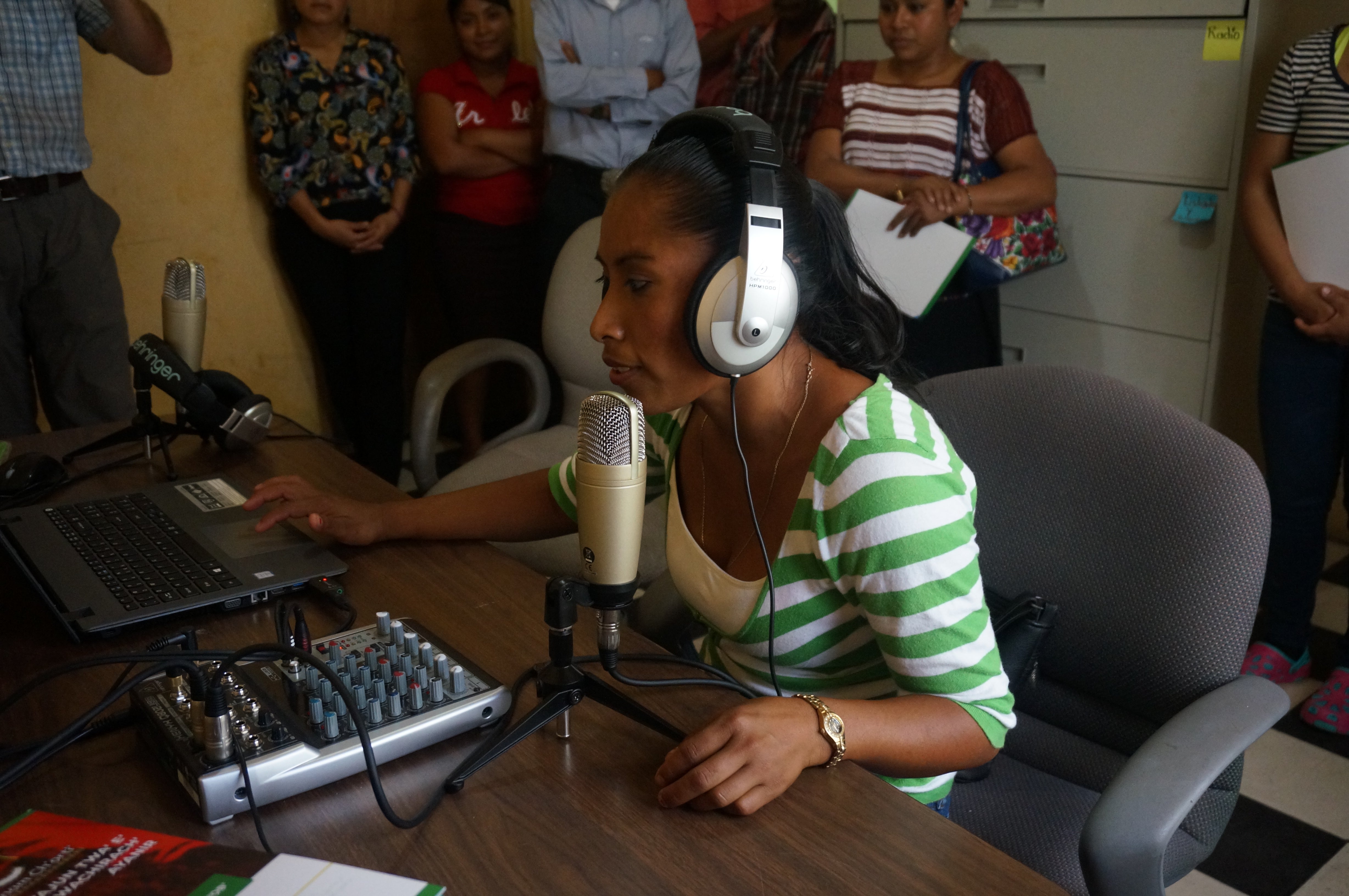 Inspired by the panel, after the conference I was trying to visualize possible ways in which Indigenous Peoples could be introduced to podcast culture via community radio, where Cultural Survival has significant experience, to tell their stories and discuss the issues that they face through audio in a deep way. There is something that the majority of panelists mentioned that made me think that making investigative podcasts from within Indigenous communities would be feasible: instead of following a recipe for success, the key is to dive in and experiment as the investigation proceeds. Furthermore, it is important that these stories be told from a perspective in which the investigators really know what they are investigating, and that they be conscious of the challenges and even possible consequences, which is why it’s important that the stories of Indigenous Peoples be told by Indigenous people themselves. As Walker says, in the first episode of Finding Cleo: “I think that sometimes, it’s not investigators who find stories, but rather stories who find investigators.”

Despite the fact that the most successful investigative podcasts generally tackle crimes, as they are most attractive to audiences, they can also be used to present stories about Indigenous Peoples, using mystery as the hook to attract an audience. For example, in an interview for Podcaster Review, Walker mentions that in The Unsolved Murder of Leah Anderson, another podcast that tells the story of the murder of an Indigenous adolescent in Manitoba, the crime wasn’t presented as an isolated incident. The child welfare system and lack of access to education for Indigenous children in Canada was also discussed. Walker mentions that other topics could have been discussed, such as the lack of access to clean water, sanitation systems and basic services, things that are ever-present in the rest of Canada.

Without a doubt, Indigenous Peoples have the great potential to make podcasts talking about a topic that interests audiences, andalso informs them about other causes and/or consequences as to why these problems or situations exist, so as to educate and motivate listeners to be empathetic to the causes presented by each story. For example, Missing & Murdered managed to talk about crimes against Indigenous Canadian women with the goal of undercovering the violence that they face. In her interview with Podcaster Review, Walker states: “I don’t believe that anybody expected us to be so successful, but we were able to show quickly that there was an audience interested in stories about Indigenous communities.”

Utilizing audio and narration techniques, Indigenous community radio can attract people to listen to investigative stories, and thus make them aware of what happens in their communities. Communication as a form of empowerment of Indigenous Peoples has been shown to be successful and can be an enormous benefit to Indigenous people around the world, above all when it is done in their own language, using radio as a tool to tell detailed in-depth stories that need to be told.