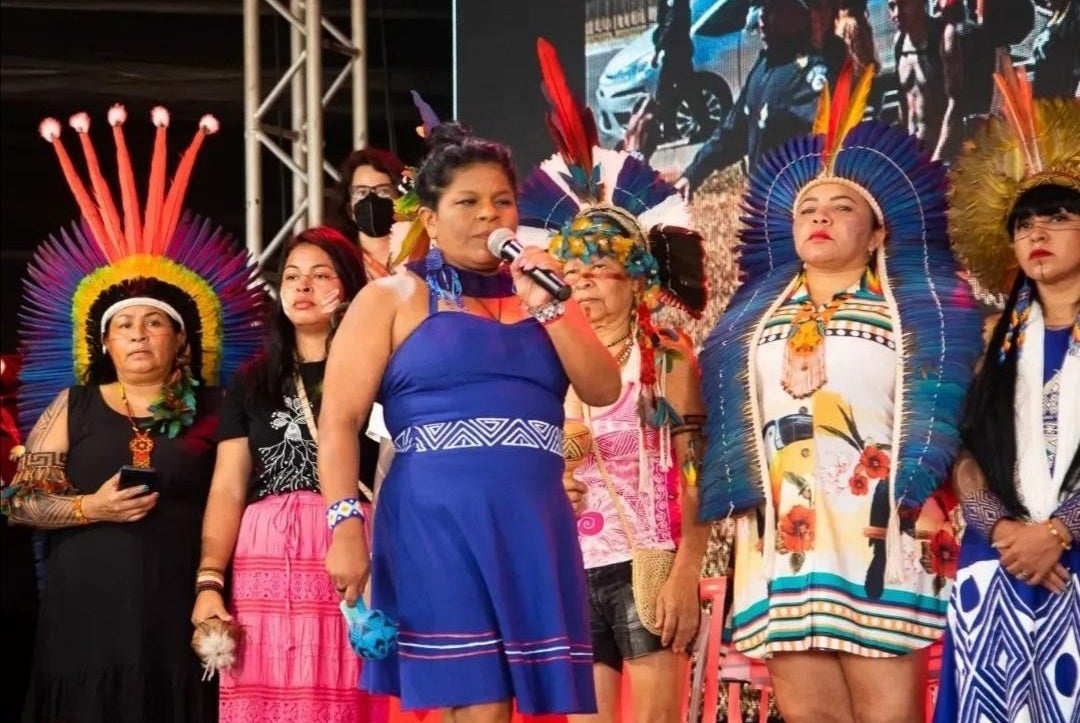 More than 5,000 Indigenous people representing 300 Peoples in Brazil gathered during the week of April 10-14, 2022, to hold the 18th Acampamento Terra Livre (ATL - Free Land Camp) in Brasília, Brazil, to defend their rights. Every year the event becomes more representative of the Indigenous rights and social justice movements, as it gathers leaders of Indigenous Peoples and civil society with popular movements such as the Landless People's Movement, environmentalists, and other sectors.


The ATL has a clear agenda to raise awareness of the rights and environmental security of Indigenous Peoples and forest communities. This year’s event happened amidst the prospect of voting on several anti-Indigenous bills in the Brazilian Congress related to the opening of traditional territories to mining companies, lobbied for by the government of President Jair Bolsonaro, as well as an impending ruling by the Supreme Court on the “Marco Temporal,” a time frame interpretation of the Constitution that, if it becomes a law, it would limit the rights of Indigenous Peoples, some lawyers call this the “time limit trick.” In short, this bill states that Indigenous Peoples are only entitled to the lands they physically occupied on the date of the 1988 Federal Constitution, scheduled for this semester. 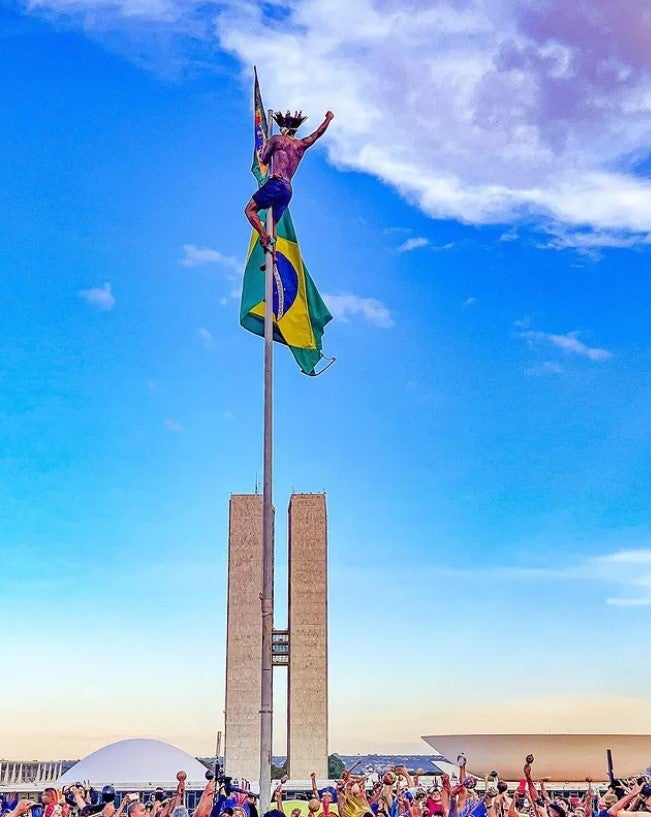 Photo courtesy of @ricardostuckert “Indigenous people protest in Brasília against a project that authorizes the exploitation of land for mining.”

In a climate of insecurity and threats, the 2nd Indigenous Women's March was held in Brasilia, with more than 4,000 women from 150 Indigenous Nations fighting for their rights in areas such as health and education. With a cry against the violence of the Brazilian State and those who attack and threaten Indigenous territories, Indigenous women, the “warrior women of ancestry,” as they call themselves, strengthened the protest with a strong voice. Many leaders affirmed that the “attacks on Indigenous rights, the environment, and freedom, are intensifying,” as stated by Simone Karipuna (Kunana) from Juminã Indigenous land in Oiapoque, northern Amazon Forest, in an interview with Amazonia Real newspaper.

As many of Cultural Survival’s partners have informed us, even before it is voted on, a bill like PL 191, which is moving through the House and deals with mining on Indigenous lands, has already had an impact. It is misleading Indigenous Peoples and Brazilian society with promises of development and land, but it is a lie, for it destroys sacred territories and the environment and has caused explorers sent by corporations and other groups to increase their infiltration of Indigenous territories. Gold prospectors from criminal organizations have been attacking Indigenous communities, as a French newspaper reported: “Illegal miners with links to organized crime are accused of numerous abuses in Indigenous communities, including poisoning rivers with the mercury used to separate gold from sediment, and sometimes deadly attacks on residents.” Cultural Survival and National Geographic have denounced this state of war and new form of colonialism.

Illegal miners and some workers associated with logging and mining industries have been spreading fake news to Indigenous remote communities to convince them that mining on Indigenous territories has already been approved by Congress. They have been making erroneous interpretations of the Federal Constitution and the laws, escalating fear and insecurity. Indigenous media plays an essential role in advocacy and information sharing to deconstruct these narratives and protect the rights of Indigenous Peoples. If PL 191 passes and becomes law, this bill, which President Bolsonaro described as his “dream,” would loosen restrictions on third party activities in Indigenous Territories and permit mineral, oil, and gas exploration and extraction, as well as the implementation of large-scale infrastructure projects such as roads and hydroelectric dams.

Other bills awaiting approval in Congress that are fully supported by Bolsonaro and the BBB political parties with the same anti-Indigenous agenda are PL 490/2007, which amends legislation on the demarcation of Indigenous lands; PL 6.299/2002 specifically dealing with authorization of pesticides that for years have been rejected by research agencies; PL 2.633/2020, called PL da Grilagem, which would allow a radical change in the size of Indigenous reserves in favor of logging and tree farming.; and PL 3.729/2004, which makes environmental licensing more flexible.  PL 3.729/2004, in the context of the Amazon forest and Bolsonaro’s government, would grant permission for several mining operations, tourism explorations, large cattle ranches, construction of hydroelectric plants, highways, all of which can have a devastating impact on Indigenous communities. Indigenous Peoples, women's movements, and allies want the parliament to reject and shelve these bills and demand that the Supreme Court declare once and for all their unconstitutionality and immorality.

In March 2022, Cultural Survival and several Indigenous and Quilombola Peoples submitted a stakeholder report to the Human Rights Council Universal Periodic Review informing the Council about Indigenous rights violations and how the Brazilian State, as a UN member State and signatory to several human rights and Indigenous rights mechanisms, can improve the Indigenous rights situation by ceasing to undermine their guaranteed and constitutional rights.

The report categorically states: “The Brazilian State continues to promote policies and practices that support land-grabbing and deforestation of Indigenous territories, primarily for mining, agribusiness, and other extractive industries. Quilombola lands are currently occupied by the military. In addition to impeding Indigenous Peoples’ access to their ancestral lands and livelihoods, these actions promote disease resulting from both contamination of lands and waters with industrial waste and pesticides, and also the spread of illnesses via workers on illegal projects. The biological integrity of individuals and communities is entirely dependent on the ecological integrity of their surrounding habitat. Women and children experience particularly damaging impacts.” 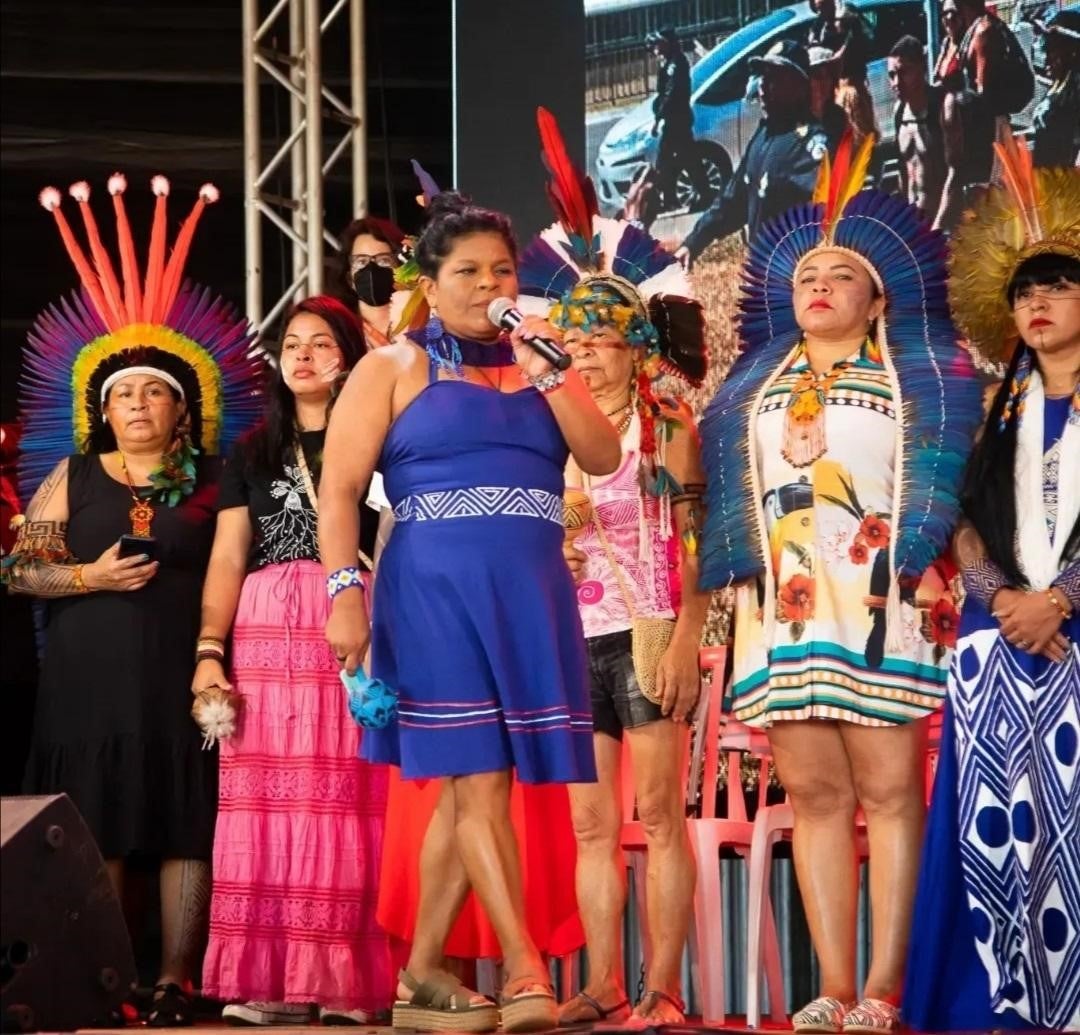 How to Support the Indigenous Rights Movement in Brazil

In support of Indigenous Peoples in Brazil, members of the Joint Parliamentary Front, led by Indigenous congresswoman Joenia Wapichana and other environmentalist politicians of the House and Senate, participated in the ATL and published an Open Letter against PL 191. The public petition is available in Portuguese, Spanish, and English and is ready for online signatures.

The Open Letter denounces PL 191 especially in relation to its "evident legal and unconstitutional problems," disregarding international treaties to which Brazil is a signatory. "The Brazilian people have a duty to know the serious economic, social, and environmental impacts that may result from the approval of Bill No. 191/2020, not only for Indigenous Peoples but for all of us," the text emphasizes.

Even some religious sectors have joined the ATL, as reported by the Catholic website EarthBeat, displaying photos of Catholic sisters and other important leaders of the church expressing their support.  "This is a life lesson for all of us, this incessant quest to preserve our original rights," said Archbishop Roque Paloschi of Porto Velho, secretary of the Brazilian branch of the Pan-Amazonian Church Network (EarthBeat).

While communities organize and protest and fight for their rights, Alessandra Munduruku synthesized the message of communities to the world. She spoke at ATL, saying, "We expect foreigners to learn about where their countries buy gold, soybeans, meat, [and] wood, which come out of Indigenous territories. Many countries talk about sustainability, but you don't know what kills our people. You need to bring information to your schools and communities."

The next steps imply that we have to wait for the Brazilian parliament, under pressure from national and international public opinion, not to pass the bills that are harmful to Indigenous Peoples and the environment. The Supreme Court must likewise recognize the constitutionality and legality of the rights defended by Indigenous Peoples and favor a decision in which it can protect the environment against the projects of death and false progress announced by the denialists of climate change.