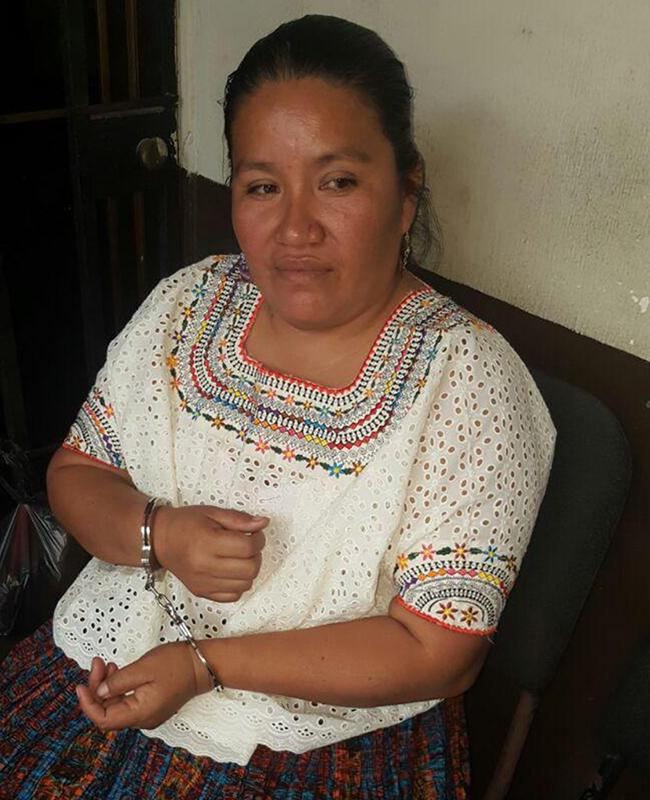 On the afternoon of January 17, 2018, Guatemalan police arrested Q’eqchi Maya community leader and land rights activist María Cuc Choc. Cuc Choc has been involved in the defense of Mother Earth and the territory of the Q'eqchi Maya People of the department of ​​Izabal, Guatemala.

According to Cuc Choc’s sister, Angélica Cuc Choc, the leader was detained by agents of the National Civil Police as she left a court hearing in Puerto Barrios, Izabál, where she was serving as a translator for the Rubel Pek community of El Estor, Izabal. “She had no knowledge of an arrest warrant against her,” Angélica Cuc Choc says.

The National Network of Human Rights Defenders of Guatemala says in a statement that Cuc Choc is accused of the crimes of aggravated assault, threats, and illegal detention. Angélica Cuc Choc reports that a hearing is scheduled for tomorrow, January 19, at 10:30am in court in Puerto Barrios. Lawyers from the Toriello Foundation are providing Cuc Choc’s legal defense.

According to Prensa Comunitaria, an independent community media organization, various community members in Livingston, Izabál, have had complaints brought against them by LISBAL company, the supposed owner of the Isabel Farm. The legal representative of the company is Ángel Alvarado Cruz. Moreover, the public prosecutor Gilberto Bernal Oliva and the judge Edgar Aníbal Arteaga López were in charge of requesting the arrest warrants for María Cuc Choc, Luis Xol Caal, and Antonio Asp Pop. María Cuc Choc is the youngest of six siblings and from an early age has supported the Q'eqchi People’s plight to recover their ancestral lands in Polochic, El Estor, and Livingston. She and other community leaders have filed complaints and lawsuits against the Guatemalan Nickel Company in Izabal for mining activities and for this they have faced persecution by the company and the government.

For Cuc Choc’s family, it was very upsetting to receive the news of the arrest. “However, it does not mean that we lower our guard. We will continue working to defend our territory, Mother Earth, and our rights,” says Angélica Cuc Choc. “We hope they release her tomorrow so she can return home to be with her four children, because she has not committed any crime. Her only crime is defending Indigenous lands and Mother Earth.”

Daniel Pascual, leader of the organization Campesino Unity Committee, adds that these illegal arrests are the follow-up to displacements of Maya communities in the northern part of the country in 2017. The arrests are carried out in order to intimidate leaders for their work to reclaim Maya Q’eqchi’ lands and territories.

Local communities and organizations are condemning this arrest, which serves as yet another example of the Guatemalan government criminalizing those who work to defend human rights and Indigenous Peoples’ collective rights. These groups demand justice and Cuc Choc’s quick release.

Dalee Sambo Dorough (Inuit), a legal expert who has served as an expert member of the UN Permanent Forum on Indigenous Issues for 2016 and 2017 and as a member of the International Law Association Committee on Implementation of the UN Declaration on the Rights of Indigenous Peoples, comments, “It is extremely unfortunate that Indigenous Peoples are criminalized for the defense of their land rights and the rights to their territories in a way that no other peoples are criminalized for such actions. When individuals demand respect for and recognition of their “property rights,” they are not persecuted or criminalized in the same way [as] Indigenous Peoples [who] stand up for their right to their lands and their territories and their resources.”

In 2012, Maria Cuc Choc visited Canada to speak about injustices Indigenous communities have experienced related to Canadian mining operations. Watch the video below.