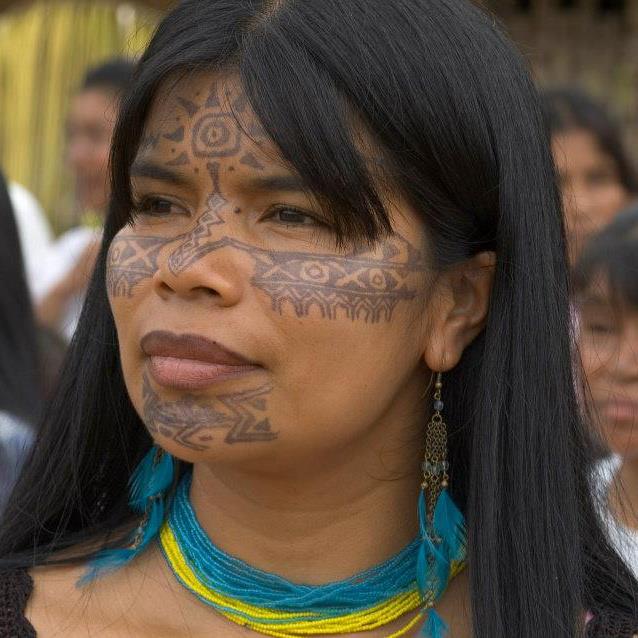 Patricia Gualinga Montalvo, Indigenous Kichwa leader and  lifelong defender of the Amazon rainforest in her community of Sarayaku, Ecuador, received death threats and her home was attacked in Puyo, Ecuador, on January 5, 2018. The unidentified attackers threw rocks, breaking windows and causing damage to the house, and made verbal death threats directed at Patricia. Local and national justice systems have yet to investigate the event, leaving the attackers unknown and unaccountable for their actions. Cultural Survival, along with  a coalition of organizations led by the Women’s Earth and Climate Action Network (WECAN) and Amazon Watch will plan to send a letter to Ecuadorian authorities to demand action.  A coalition of Indigenous women leaders in the Amazon region have published a press release on the attacks against Gualinga.  Representing various organizations form the Indigenous Nations of the Kichwa, Waorani, Achuar, Shuar, Shiwiar, and Sapara expressed their concern for the situation facing many Indigenous communities trying to protect their land. They cited that the Ecuadorian government had promised to halt oil and mining deals in Indigenous lands, but they had only given this protection to certain zones, while others remained at risk of environmental destruction – including many communities who had outwardly expressed their disapproval of these measures. “For this reason, we Amazonian women once more express our rejection. We demand that the state and its respective petitions guarantee the well-being of, and take measures to protect, the women who are defenders of nature and life.”

Threats of violence and violent acts against Indigenous human rights and environmental defenders, particularly women, is an increasingly widespread problem. In many cases, community activists have been killed without any investigation into their deaths, as was the case for Bosco Wisum, José Tendentza, and Freddy Taish in Ecuador.

Frontline Defenders reported that in 2017 they received reports on the murder of 312 defenders in 27 countries.

The Cultural Survival team met Patricia Gualinga at New York’s People’s Climate March in 2014, where our Indigenous Rights Radio producer Rosy Gonzalez interviewed her on her work as a human rights and environmental defender. Patricia shared, “I believe it is very important that Indigenous Peoples are united [at this march for the climate] as well as united with people are conscious about climate change. We are here because we are the ones who are living in these areas with pristine, conserved forests, and they need to continue to be conserved for the wellbeing of humanity.  That is the message that we have to send... What we are suffering from are the concessions being made by governments for extractive industries like petroleum. But we are fighting them. We are stopping companies from entering our territories and removing their operations that currently exist when possible… We want to keep fighting and crying out to the world that these environments need to be conserved. They need to be protected, and it is a responsibility not just of Indigenous Peoples but of the entire world. I fight for this from my place in the world, and you need to help us fight from your place in the world."

Stand with Patricia and the fight for Indigenous rights and the environment:

Demand results of the ongoing investigation by sharing the sample Twitter message below:

For more background on the attack against Patricia and demands by international environmental and human rights organizations see the following statements and urgent actions by: Amazon Watch, Frontline Defenders and Amnesty International.