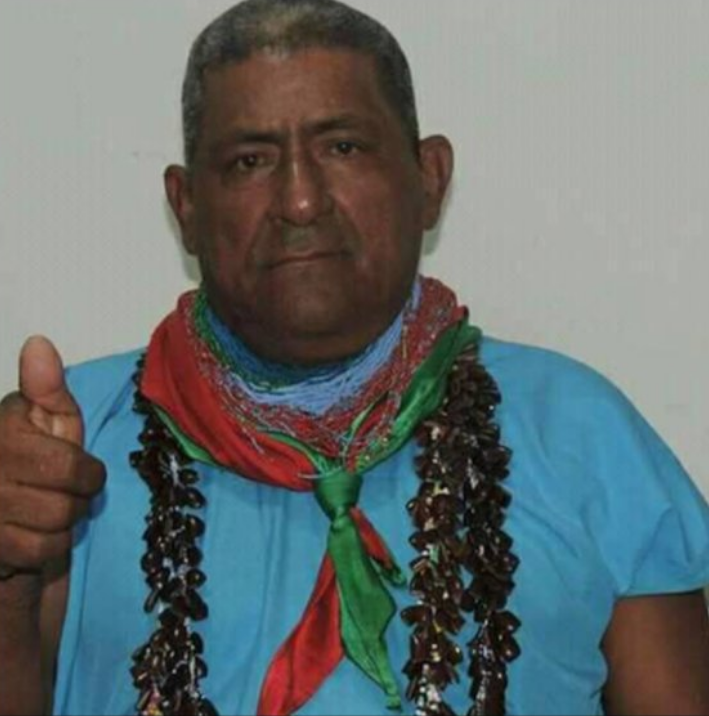 On November 24, 2017, an Indigenous Inga leader from the Colombian Amazon was found dead alongside a colleague Duber Prieto, in the department of Caquetá, Colombia. His body showed signs of torture.

Since the signing of the Peace Accords in Colombia one year ago, Indigenous leaders, social activists, and human rights and environmental defenders have been massively targeted by threats and violence.

Colombia's Human Rights Ombudsman counted 156 human rights defenders killed between January 2016 and March 2017, in an investigative report on the issue. In their report “Defenders of the Earth” from 2016, NGO Global Witness found that  globally, nearly four people were murdered every week in 2016 protecting their land specifically from agribusiness, oil, mining, and logging.  “They threaten you so you will shut up. I can’t shut up. I can’t stay silent faced with all that is happening to my people. We are fighting for our lands, for our water, for our lives,” said Jakeline Romero, Colombian land defender, to Global Witness.

Despite the Peace Accords, some areas of Colombia have still not found peace. "One dissident FARC front refused to go along with the top leadership, and they are found in areas where the proportion of Indigenous to non-Indigenous inhabitants is the highest in the country: in the southeastern plains and forests. In this region, open combat between FARC and former paramilitaries has continued in a fight to secure territory planted in coca, or rich in minerals like tungsten and coltan," explained anthropologist and professor emeritus at MIT, Jean Jackson, after the peace accords were signed in December of last year.

On November 24, the day of Jacanamijoy’s assassination, Colombia’s President Juan Manuel Santos insisted during the anniversary celebration of the signing of the peace accords that the extensive number of human rights defenders killed over the past year was not a “systematic” problem.

But many, including the Organización Nacional Indígena de Colombia (ONIC), which represents all of the countries 106 ethnic groups,  and  UMIYAC, the organization that Jacanamijoy co-founded, have called for pressure to be put on the Colombian government to take steps to end violence and impunity that has allowed for these murders to continue without justice.

On October 31st 2017,  Colombian Indigenous people joined the national Minga for Life (Minga por la Vida). Over 100,000 Indigenous people mobilized throughout the country for the right to life, against the systematic violence targeting social and Indigenous leaders and for the implementation of the Havana Peace Accords. In a press release, the coalition stated,

"We continue to seek a peace that is holistic, stable, and inclusive. However, we are saddened and worried to see that despite the Peace Accords and the Ceasefire, the violence has not stopped. As Indigenous Peoples, campesinos (farmworkers), Afros, and other grassroots leaders, we continue to be targets of violence and impunity is growing."

"We note that these grave acts of violence are not isolated incidents like the government and some of the media attempt to demonstrate, but rather are part of a systematic strategy of extermination based on socioeconomic interests on our territories, in a fight for power over our lands to control natural resources, illicit economic activities like drug trafficking, as well as mining, logging, ecotourism, and other extractive industries... in the void left on lands exited by the FARC.  This generates social and environmental harm, fuels conflict, and does not contribute to the construction of a stable and lasting peace, which clearly violates the Peace Accords of Havana."

Indigenous leaders that are defending land, language, culture, and the environment face acute persecution, both from governments directly and from extrajudicial actors. In this in-depth program, Indigenous Rights Radio producer Avexnim Cojti (Maya K'iche') highlights how communities are speaking out against the human rights violations committed against leaders that have dedicated their lives to the causes of their Indigenous communities.