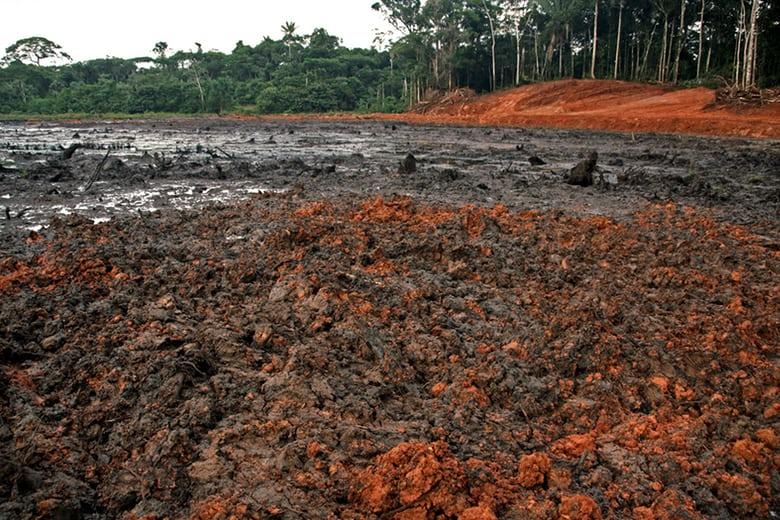 Since mid September 2017, Indigenous communities in Northern Peru have maintained a peaceful blockade at 50 oil wells in Peru’s largest oil concession, paralyzing 12,000 barrels of oil production per day. The federations are calling for respect of Free, Prior and Informed Consent (FPIC) before a new license is authorized by the Peruvian government. The communities have repeatedly demanded and been promised environmental remediation and health services. Multiple sources have estimated the cost of clean up at $1 billion USD.

At the exclusion of Indigenous communities, PetroPeru, the state oil company, was in talks with Canadian Frontera Energy to extend the petroleum operations for another 30 years on the rusty, leaky infrastructure that has already been extracting and transporting petroleum from Indigenous lands within the Amazon since the 1970s. On October 11th, 2017, PetroPeru announced that conditions were “inadequate” for Frontera to receive an extended license for extraction, and their contract is set to end in 2019.

Two UN human rights experts, Baskut Tuncak and Victoria Tauli-Corpuz, requested in July 2017 that the Peruvian government suspend any negotiations on the Lot 192 and observe the rights and opinions of Indigenous Peoples living on the territories that are to be affected by the proposed development. In 2015 the UN Rapporteurs issued a mandate to the Peruvian government expressing their extreme concern about the situation's absence of prior consultation with Indigenous communities in the area.

Lot 192 is the largest petroleum concession in the northern Amazon of Peru on the border with Ecuador and covers 290 thousand hectares of land. It is the biggest oil producer in the country, contributing 17% of the crude oil production in the country.  The Ministry of Energy and Mines estimates that the reserves contain 134 million more barrels, which will last for another 20 years.

“We don’t oppose the investment, but the state has to secure our rights. We are more than 30,000 Indigenous people who just want to safeguard our rivers and forests from oil contamination,” FEDIQUEP’s president Aurelio Chino Dahua told Peruvian newspaper Peru21.

As early as 1984 the Peruvian government declared the area “the most environmentally damaged region in the country.” Despite the stricter standards for evaluation of environmental impacts set in the 1990s, multiple environmental emergencies were declared. After years of protests by Indigenous Peoples, the government continues an inadequate response to remediation.“The impacts on the Achuar, Kichwa, Kukama, Quechua and Urarina indigenous peoples living in this region have been appalling: contaminated rivers, streams, lakes, lagoons, soils, gardens, game, fish, and all manner of related health problems, including epidemics, miscarriages, skin diseases, diarrhoea and deaths, according to reports,” noted The Guardian newspaper.

The Peruvian government continues to ignore the articles of the UN Declaration on the Rights of Indigenous Peoples; in particular, the articles dealing with the control of lands and Indigenous peoples’ right to be consulted on any development plans taking place on their territory. The right to Free, Prior and Informed Consent is one of the main principles formulated in the Declaration, and it obligates the government to consult and get permission from Indigenous communities before launching any development project affecting the lands and resources.

Indigenous organizations actively seek to have their voice heard so that the high level officials acknowledge and respect the demands that communities have in connection with the project. Firstly, they expect the right to Free, Prior  and Informed Consent to be guaranteed in the negotiations before licenses are granted, falling in line with international law. They also expect to establish effective communication between communities and state representatives in order to ensure that both sides agree on every stage of the project and that all environmental impact is carefully researched and harmful consequences are minimized.

Follow news on the situation in Spanish, here: http://observatoriopetrolero.org/. Write to the Peruvian president, Pedro Pablo Kuczynski, to show your indignation and support Indigenous communities in Loreto: http://bit.ly/2v3Ba9m