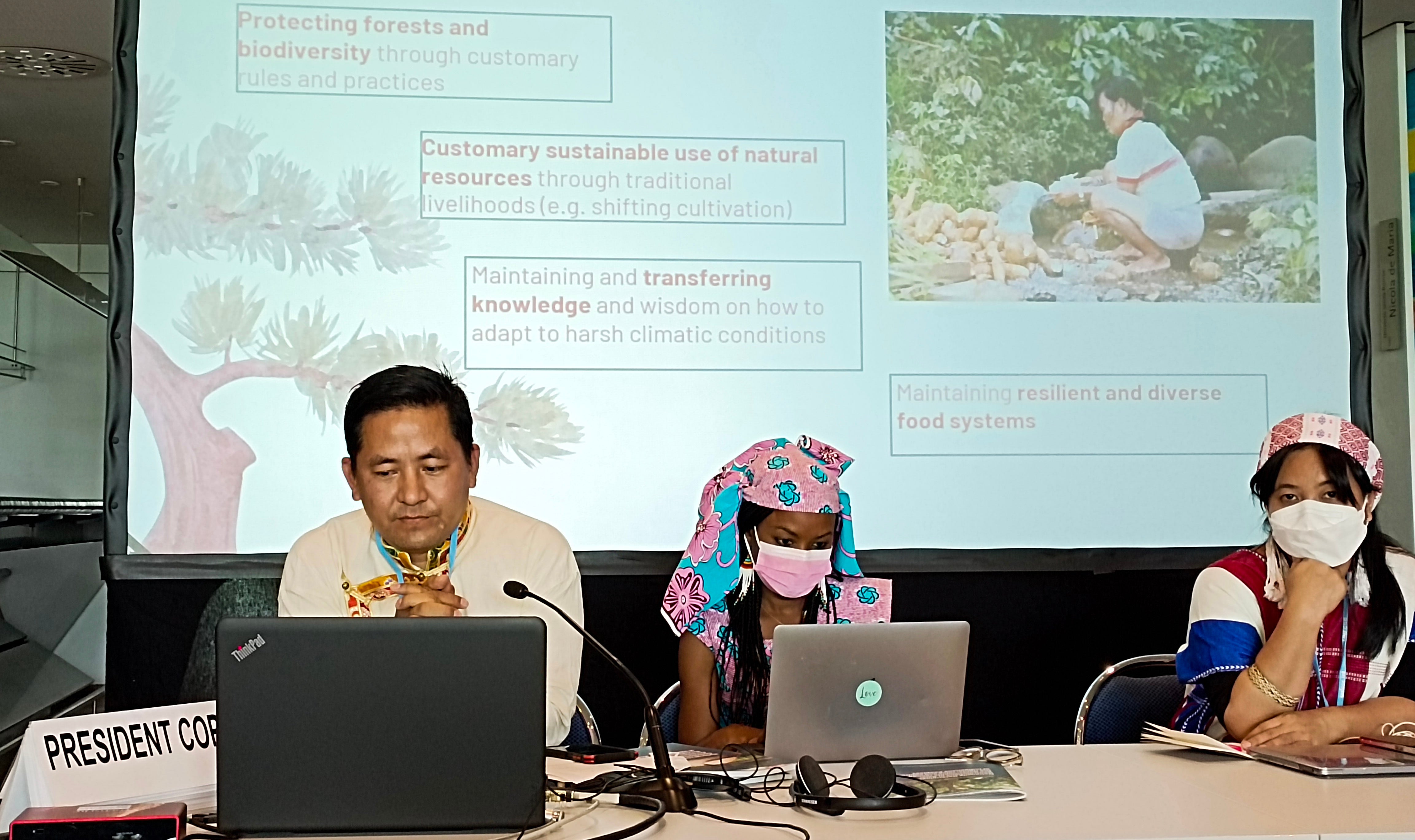 After a three-year pause due to the Covid-19 pandemic, on June 6-16, 2022, the 56-session of Subsidiary Body of Implementation (SBI) and Subsidiary Body for Scientific and Technological Advice (SBSTA) were held at the World Convention Center in Bonn, Germany. These are two permanent subsidiary bodies to the United Nations Framework Convention on Climate Change (UNFCCC) established by the Conference of Parties (COP).


The Subsidiary Bodies meet twice a year and work together on cross-cutting issues. The SBI’s work is at the heart of all implementation issues under the Convention, the Kyoto Protocol, and the Paris Agreement, including transparency, finance, mitigation, adaptation, technology, and capacity building. The SBI is the body that considers the biennial work programs for the secretariat, which provide the strategic direction on how the secretariat can best serve the Parties and the UNFCCC process towards greater ambition of climate change action and support that is fully commensurate with the objectives of the convention, the Kyoto Protocol, and the Paris Agreement. The SBSTA plays an important role as the link between the scientific information provided by expert sources such as the Intergovernmental Panel on Climate Change (IPCC) and the policy-oriented needs of the COP. Key areas of work for the SBSTA include the impact, vulnerability, and adaptation to climate change, promoting the development and transfer of environmentally sound technologies.

As part of the ongoing meetings, Indigenous Peoples actively participated in various dialogues, negotiations, and discussions on the issues that are most important to them on the road from UNFCCC COP26 to COP27. For the first time, Cultural Survival was involved in the work of the Subsidiary Bodies In the Bonn Climate Conference, including participation in the Indigenous Caucus activities, Indigenous Working Groups on Loss and Damage, and Article 6, including working on draft statements and side events.

Hindou Oumarou Ibrahim (Mbororo), Co-Chair of the International Indigenous Peoples Forum on Climate Change, shared, “One of the key issues for this meeting is how we can have Indigenous Peoples’ rights and Indigenous Peoples’ knowledge and value respected into all the negotiation types. Also, negotiation on Article 6, where they are discussing the carbon market and how they can have more mitigation...these issues cannot be discussed without having Indigenous people at the table and without having Indigenous Peoples’ knowledge. The other one is about loss and damage; there are a lot of disasters, from drought to floods, that are [affecting] the lives of Indigenous Peoples. We are losing our culture, our identity, and our way of living. Our Peoples, therefore, need to have the [remuneration] for those kinds of damages, and for preventing it in the future. Of course, we are talking about finance. How can we have the real cash; how can we get direct access funding for Indigenous Peoples, for the solutions that they can implement on the ground for the Paris Agreement objective?” 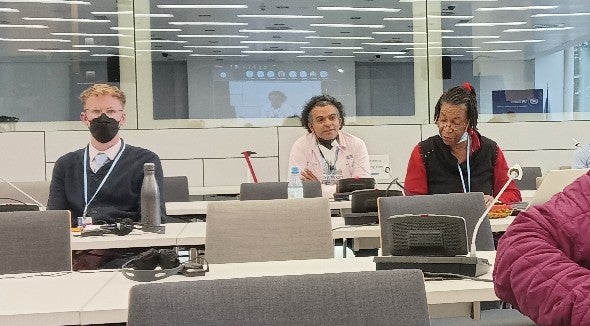 The Green Climate Fund approves projects and programs on Indigenous Peoples’ lands and territories, but with little or no participation from them. This is why the IIPFCC considers it important to try to include direct access to funding for Indigenous Peoples, their communities, and organizations on the financial agenda, thus completely removing intermediaries and parasitic organizations that take most of the funds allocated for Indigenous Peoples. “When we talk about finance, it should be made available not only to Indigenous Peoples in developing countries, but also to Indigenous Peoples in developed countries. Because this is recognizing that Indigenous Peoples, wherever they are, are contributing much to climate actions and initiatives, noted Oumarou Ibrahim. Gunn-Britt Retter (Saami) from the Arctic and Environmental Unit of the Saami Council said, “In the global Indigenous Peoples’ solidarity [movement], we should all also seek finance mechanisms to support our joint fight to address the climate change issues.” Eileen Mairena Cunningham (Miskita), Advocacy Officer on Climate Finance and Territorial Governance at the Centre for the Autonomy and Development of Indigenous Peoples, said, “We do not want there to be intermediary organizations. In addition, we want to determine what specific needs of our lands and territories and resources are needed to combat climate change, to carry out adaptation and climate change mitigation activities. Another important point is the issue of incorporating a rights-based approach into all these actions on climate change and, above all, including the issue of the security of our land tenure in these processes. Without the security of tenure, we will not have the right to carry out activities and activities on our territory.”

The IIPFCC noted that Indigenous Peoples and their human rights, including minimum standards codified in the UN Declaration on the Rights of Indigenous Peoples, need to be recognized in all of the negotiation processes. Indigenous Peoples should be at the table to address the double impacts of climate change and engage in the UNFCCC to ensure that  measures at adaptation, resilience, response, and mitigation are looked at in a holistic manner.

Retter said, “The Arctic is changing three times faster than the global average. We are already facing and experiencing severe climate change to the extent that in the future, if we don't reduce fossil fuels and greenhouse gasses, rapid climate change will continue. We will not recognize the Arctic anymore if all ice and snow is gone. From now until the UNFCCC COP27 [in Egypt in November 2022], we need to address Indigenous Peoples’ rights. What we are experiencing now in the false measures that States have set in place like 'green’ energy are placed on our traditional lands. We see immense natural destruction with wind turbines and also huge mines which are in scale much larger than we ever have seen before, all in the name of the ‘green’ transition."

Indigenous delegates from all regions noted in Bonn that there were many obstacles in accessing the official discussions and negotiations. There were instances where Indigenous Peoples were not allowed to enter the rooms of negotiation and learn about text proposals. Therefore, IIPFCC issued a call to ensure that Indigenous people can participate in all the halls where negotiations are happening or ongoing, if the Parties want to see Indigenous Peoples as a part of the solution, and not as victims of climate action. 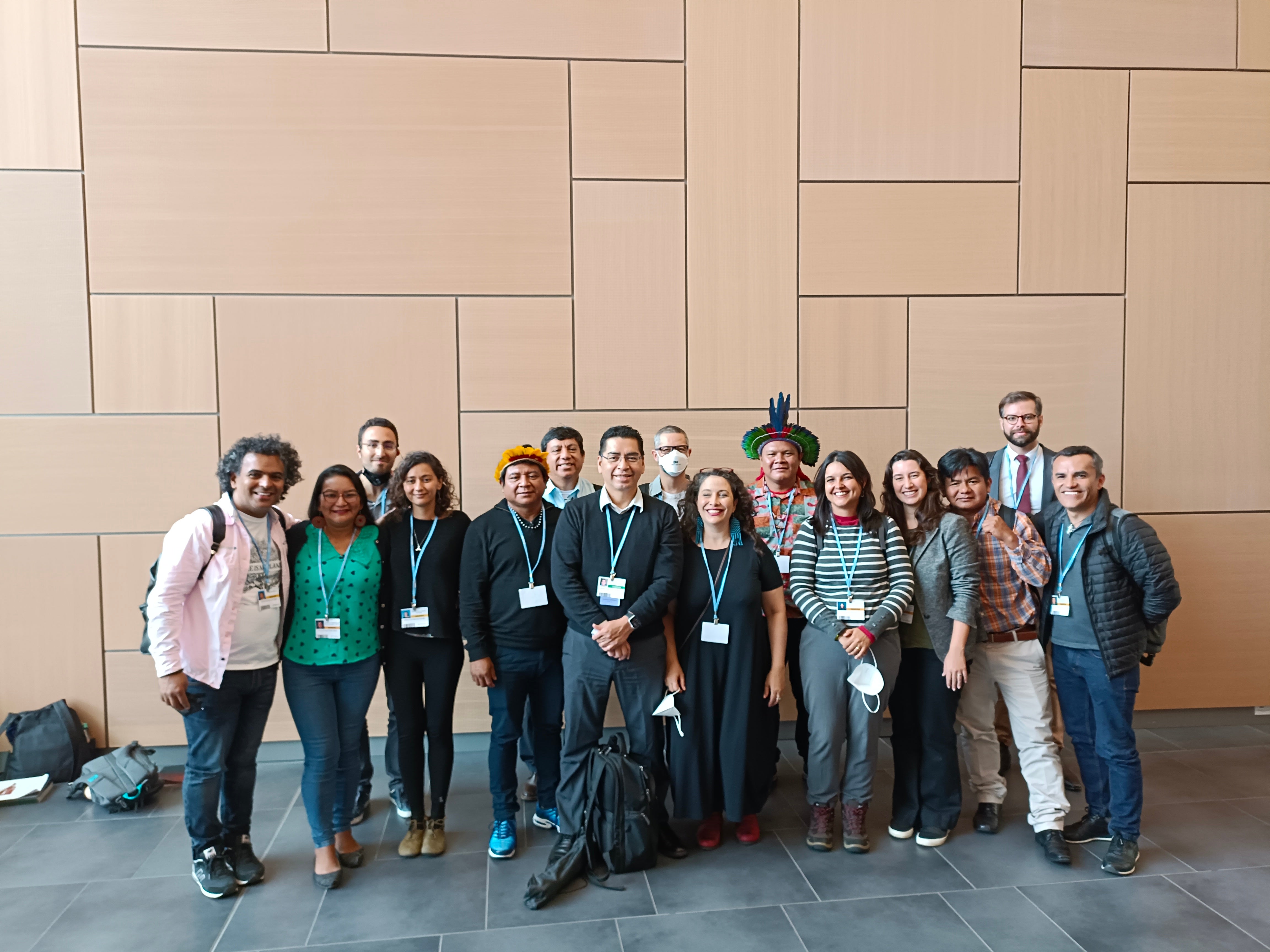 There are many obstacles leading up to UNFCCC COP27. In addition to unfinished negotiations on many points, there is a lack of equal rights for the participation of Indigenous Peoples, the right to be heard, the right to make decisions about the status of their lands, territories, and resources, and the right to resolve financial issues directly and without intermediaries. Indigenous Peoples, as well as other activists and delegates from low income countries, are concerned about inclusiveness and access to participation at COP27, as Egypt is raising the prices of hotels and all services almost five-fold. The COP27 climate talks are due to take place in the seaside resort of Sharm el-Sheikh from November 7-18. Many activists had high hopes for participation, as this resort was famous for its more than affordable prices. But during the Bonn Conference, it was confirmed that the minimum rate for one night in a five-star hotel room in Sharm el-Sheik during COP27 will exceed the rates paid on any other COP. The Ministry of Tourism had set a list of minimum prices that hotels should charge for rooms in Sharm el-Sheik during the UN Сlimate Сonference.

Once again, the participation of Indigenous Peoples is under threat, and at a crucial time, when outstanding issues left over from COP26, including Financial Mechanisms and Loss and Damage, will be resolved at COP27 in Egypt. “Indigenous Peoples, especially African Indigenous Peoples, are looking forward to welcoming all the worldwide Indigenous communities and Indigenous representatives to work together, asking for our Rights-Based approach, asking for the respect and recognition of our knowledge as a solution in an equal way to science. And we will be also asking how we can move [forward] from Egypt with concrete solutions to our people. I don't want to go back and tell my people that your rights are in a bracket. I want to tell them that your rights are recognized and we have to move to implement them,” said Oumarou Ibrahim.