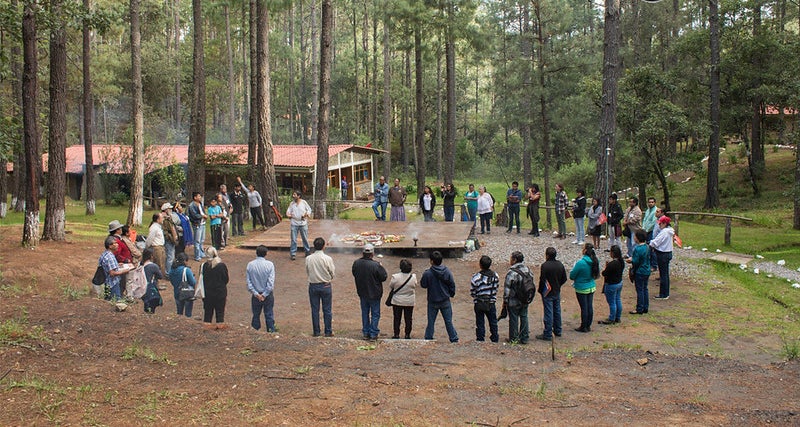 The world is in a moment of crisis in facing the COVID-19 pandemic, which as of April 3, 2020, has infected at least 1,066,706 people in 181 countries and caused 56,767 deaths. This crisis has had major implications that are not just medical: an increase in unemployment, a drop in production, shortages and an increase in the prices of basic products like food.

Large cities are the first to be affected, while dispersion in rural areas, where the largest number of Indigenous people in the world lives, remains slow still. Indigenous people have not yet been greatly affected in terms of confirmed cases of contagion, but the virus is beginning to reach even the most remote: cases of COVID-19 have been confirmed among Indigenous people in the U.S., Colombia, Malaysia, and even isolated tribes in Brazil. There are many factors that make us vulnerable and can lead to catastrophic situations.

In addition to the diseases that are often present at high levels in our communities, such as diabetes and hypertension, as Indigenous Peoples we may have particular vulnerability to COVID-19 as a result of our ways of life, in many communities our ceremonies and our food preparation involve the use of smoke which can have a negative effect on respiratory health, and contributes to vulnerability to COVID-19. Access to running water and sanitation is a significant factor that also makes some communities vulnerable. One of the main challenges is that our community life is put in check. We live in multigenerational homes. The spaces where decisions are made, work occurs, and celebrations happen, are collective spaces. The need to keep physical distances implies an exercise for which we are not prepared or used to. Access to public health services is scarce and insufficient in most communities. There is a great need for concise, current information in Indigenous languages ​​and relevant to Indigenous contexts, as public service announcements are made in majority languages.

The Indigenous communities and organizations with whom Cultural Survival works through our Keepers of the Earth Fund face drastic changes in the implementation of their projects as they pivot to responding to the immediate needs of their communities. Most of the projects in Mexico, Colombia, Ecuador, Guatemala, India, and Suriname have canceled their collective activities such as meetings, workshops, assemblies, and community trips. We reached out to each of our grant partners to learn how they are responding in the face of the current situation.

In Guatemala, one of our partners has dedicated itself to the dissemination of information through video and infographics in Indigenous languages on COVID19, traditional medicine to strengthen the immune and respiratory system. These are distributed on the internet by telephone to the local population. This organization is working in a difficult context as the local economy has been hard hit by strict government regulations, which include curfew, severe limits to public transportation, border closures, and militarization of the country. Another partner in Guatemala has purchased and delivered over a hundred baskets with basic food items to ensure access for those at risk in their community. These at risk families especially included those who have been recently deported from the United States, noting that deportations from the United States continue to occur despite the borders are closed. But we also hear words of encouragement: “This new situation has also inspired us as an organization to strengthen support strategies and platforms for communities. We hope in the coming months to share new forms of work that contribute more and more to the good living of our peoples," they shared.

In Mexico, our grant partners have identified a great lack of information for their communities, and the economic impact is causing uncertainty among the community. Mayan communities are at risk due to the high level of tourism, which still has not been limited in nearby areas on the Mayan Riviera. In Chiapas, there are concerns about the rise in food prices in rural areas due to the limited supplies in the cities. Yet they recognize that Indigenous people are in a better situation than some in the city, they have land and those who were able to harvest corn and beans this season may have food. Yet, climate change has made harvests inconsistent, and degraded soil conditions mean that the resource of the land is not fully available for communities to rely on. Lack of access to clean and running water is also a problem, especially in several communities where authorities have limited entry of bottled water to their territories. Yet our partners remind us that we must not be afraid, because fear decreases our immune systems. In the center of the country, as many other communities, the Wixárika Regional Council issued a public statement asking the general population to refrain from visiting their communities to prevent the virus from spreading inland and thereby safeguard everyone's health. Our partners in Veracruz noted that their region has always suffered from multiple health challenges, which is why today the pandemic places them in a state of even greater vulnerability as they cannot count on the basic supplies for preventive or diagnostic actions. They say that people are falling into despair, there is a lot of misinformation, and this is causing panic which has resulted in measures that are inconsistent with state and federal regulations.


Some Indigenous communities, like our grant partners in Ecuador, have been forced to pause their land monitoring system against illegal invaders and loggers. Instead, the guard is now caring for the community and working to prevent contagion from reaching the community. However, there is concern that operations will move forward while their guard is down.

Our partners in Brazil, the Xavante Wará Association, expressed the concern that even as they face shortages of food and supplies, they are also having to organize to prevent the ongoing construction of a highway across their territory that is bringing in workers and infection to their otherwise remote communities. Many rural communities are trying to prepare for arrival of COVID-19 through prevention strategies. The communities are very isolated from each other so it is necessary to improve forms of communication for the dissemination of essential information.

In North India, we heard from our grant partners that all trains, bus services, and flights have been canceled. Many Adivasi people who migrated to metro cities have been forced to walk hundreds of kilometers back to their home communities putting their lives at great risk. Although the lockdown may have effectively reduced the spread of the virus, the impacts on low-income families will be harsh. The government deployed police to brutally enforce a curfew. Meanwhile, in parts of Eastern India, Adivasi workers continue operating in mines as this is considered “essential.” Our grant partners are working to provide emergency food packages to families in need.

Despite difficulties across the globe, we also appreciate our partners in Colombia, who are performing ceremonial rituals and prayers, “paying tribute to the Stbatsanamama [Mother Earth] so that she continues to welcome us in her womb, so we may not be victims of capitalist powers that only think about money, and not the spiritual world.”

The Keepers of the Earth Fund team wishes for our grant partners to stay safe, healthy, informed and communicating. This is an important time for our Indigenous communities to rethink how we see community, to share stories and to learn the stories of our grandparents. We have gone through many difficulties and diseases in our history that have reduced our populations. We know how to resist and this will be no exception. We are resilient, rooted in the strength of our cultures, our languages, our knowledge, our ancestors, and our communities.

International cooperation is extremely important for the survival of people. There is a special need to support initiatives managed by Indigenous governments, communities, organizations, women, youth, and volunteers.  We ask that you join us in this effort, by donating today at cs.org/donate.

Photo: Ceremony to start a traditional knowledge conference in Ixtlán, Oaxaca, Mexico in 2018.