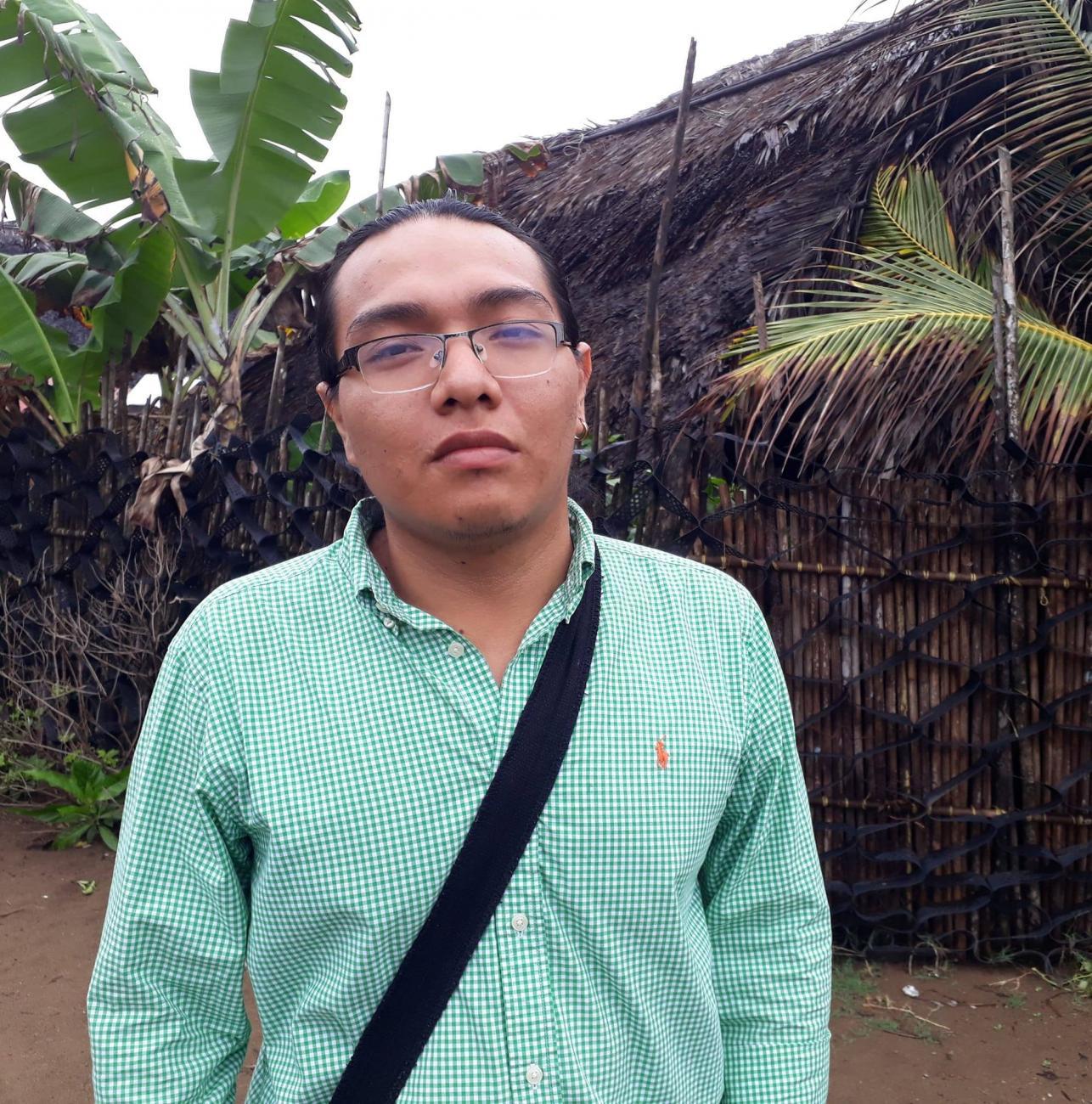 I am not like the other Gunadule.  I mean I seem like the others as described in Spanish chronicles:  aquiline nose, broad back, short in stature, abundant and black hair, rebellious spirit and with an insatiable desire to support my people.  But I do not speak Dulegaya. I grew up in Panama City and from the time I was old enough to be aware until two years ago, I didn't know I was Gunadule.

I know that it is strange to read that I didn't know who I was. Questions like, "Why don't you look like your mom or your dad?" made me uncomfortable for years. These and other similar comments were bothersome, not out of embarrassment, nor because I was trying to be something I was not, but perhaps, to protect something that I had been denied, i.e. the ability to see myself reflected in my mother and my father. Perhaps out of fear of accepting myself as different from those who watched me grow up. 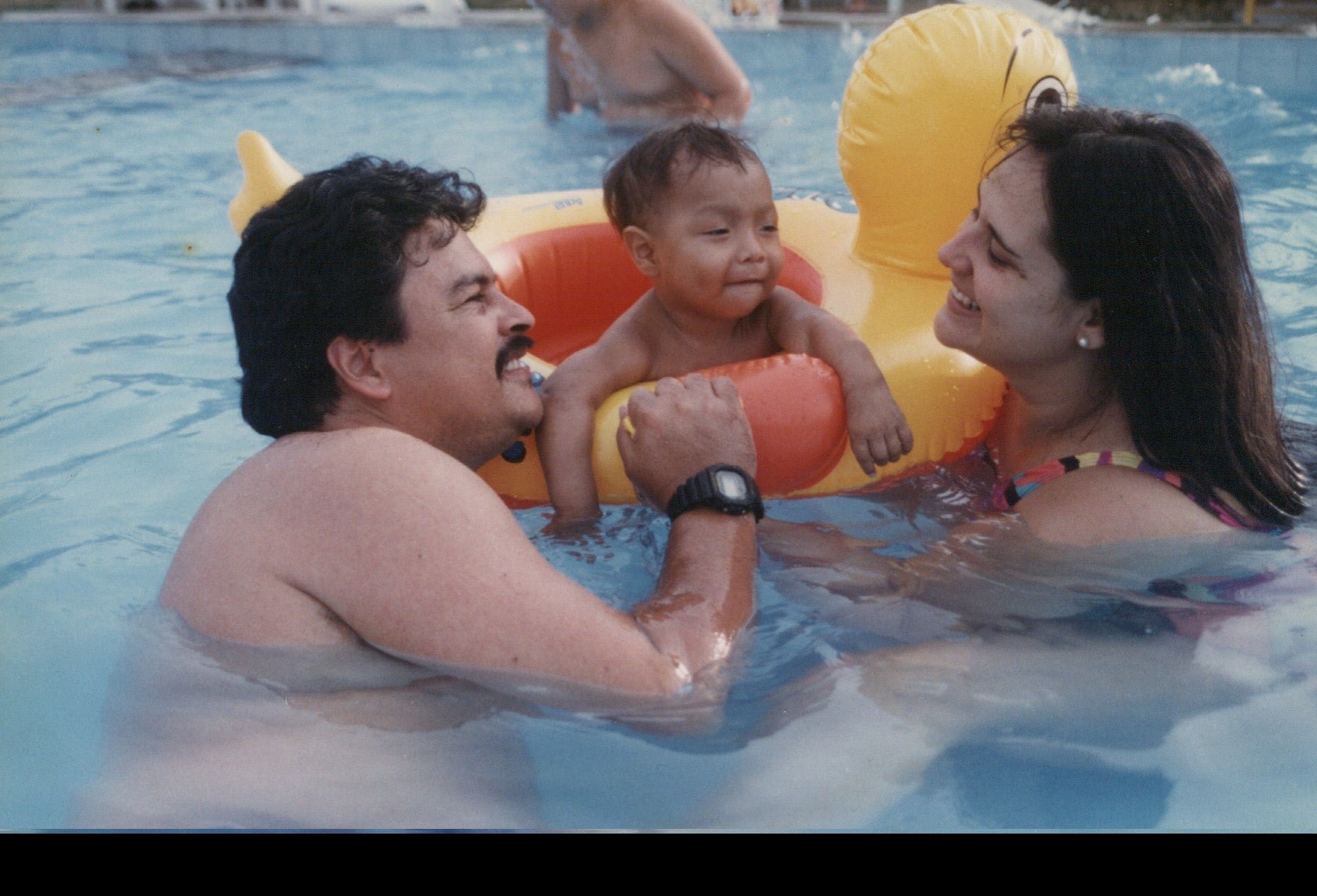 When I was eight months old, my biological mother flew from Usdub to the city. There she protected me until she handed me over to my adoptive mother and father who decided to maintain secretiveness about who I was for years.  Today I am 24 years old and only two years ago did I find out about my origins. And I continue discovering myself from others from the same place.

I remember that I went to see a theatrical performance with my parents in which a young person debated about telling, or not telling, her family that she was pregnant. She thought about the various ways out of her dilemma, one being she could give her baby up for adoption. She immediately imagined herself looking for her in the future.

Afterwards we went out to eat at a pizza place and during the conversation and critiques we got to the question that was important to me:  What happened?  Where was I from?  Who was I?  While I was asking questions and crying I discovered that I had been born in Gunayala, that for months my parents had wanted to adopt after having lost several babies, and that a female friend of the family knew a lady who had a sister, my biological mother, who had a son that she was not able to support. 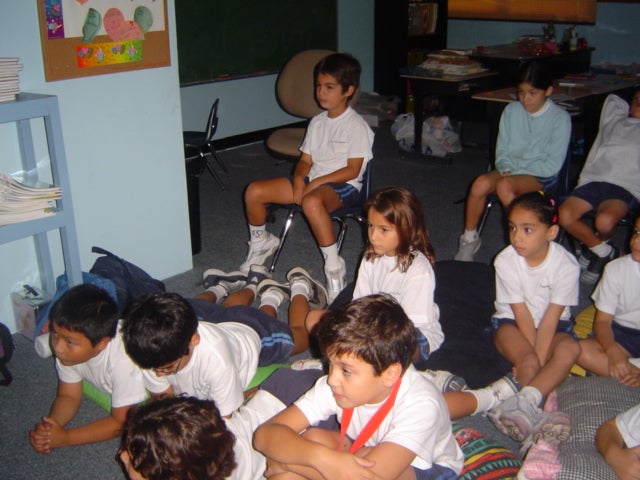 That night a universe opened itself up before my eyes because, until then, I hadn't known what a Guna was nor that my lineage was that of warriors.  And that I didn't speak a dialect, but rather a language dating back hundreds of years.  Pieces were falling into place, memories of a family friend teaching me a word in Dulegaya, isbe, mirror, and when that same friend for my 16th birthday gave me The Gayamar Sabga, a Spanish-Dulegaya dictionary.

People have thought I am from a number of other countries and have asked me if I'm Chinese or Japanese.  One professor asked if I was Philippino and I answered that I was, not out of embarrassment or to pretend to be someone else . . . .   My adoptive family are migrants, my mother Chilean and my father Colombian and so I grew up eating arepas for breakfast and having four meals daily, both traditions of those countries.  (Note:  arepas are small, fried corncakes, staples in Colombia and Venezuela.  Comer once is the light meal served between lunch and dinner in Chile.)

I am not like other Gunadule.  I studied in a private school, a Jewish one.  I know more about the Shoah
(the Hebrew word for Holocaust) than Babigala (collective history of Guna peoples).  My true identity was not that of the Western world and so I learned some of European history.  I know sophisms and logic, but the real me is the one who learns about spirituality, the significance of cacao and the preparation of madun, a traditional Guna drink.

At school if they had only, just once, taken a chance by speaking with me about the Guna Revolution, I would have been in agreement.  If they had taught us how to count from one to ten in Dulegaya, now it wouldn't be half as difficult to learn some of our mathematics.

My house is  covered in pictures, masks, exhibits of diverse cultures and people, but there is not one mola (traditional art of the Guna).  Sometimes "San Blas" will slip out of my parents’ mouths--the colonial name for the Gunadule territory.  While I was growing up, they registered me for the Boy Scouts, in sports and whatever activity I wanted, but I never learned about the traditional dance of the Guna nor the gammu, a hundred-years old, traditional flute-like instrument.

My history is as complicated as it is simple but is indicative of the urban Guna experience.  A Gurbano, someone who grew up kilometers away from his culture and at times only a few yards away, yet extremely distanced from it in his way of thinking.  I can not continue pointing fingers or feeling sorry for  myself.  I can not continue pestering my parents with the same question, "Why didn't you tell me sooner?" 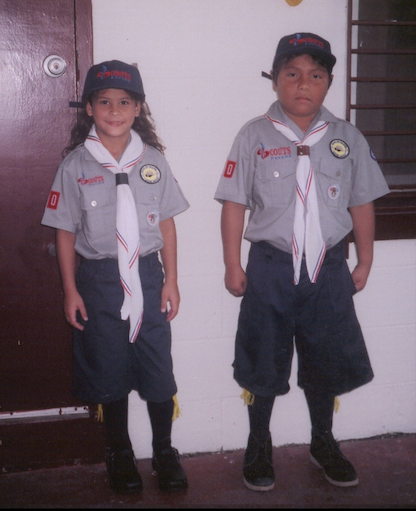 Since I learned about my identity, I have been sleeping with the dictionary at my side.  And I try to follow every Gunadule person on social media, just to read their comments.  I immediately went to the University Student Association of Kunas (AEKU) and resolved to participate in any activities related to them.  I've travelled twice to my birthplace and have traversed, albeit superficially, from one corner to the other of the region I am from.

I took a certification course in Bilingual Intercultural Education and Ancestral Wisdom of the Gunadule People without speaking the language.  And I listened to the Ologunalilergan, (the ancestral sages of the culture) talk about spirituality, education, literary skills and mathematics.

I have read everything that's fallen into my hands written by my people or by Wagmar (not Indigenous).  Nevertheless, no matter where I go, I still feel isolated from everything.  They are my people and they have never left me.  On the contrary,  they have been understanding and even teach me.  But I know only I will fill this emptiness, little by little.

To Indigenous folks who do not have the privilege of growing up in their own world, those who, like me, have decided to, or decided not to, exist distanced from their identity, I would say, "There is still time to learn!  We are lucky to be able to zealously protect our knowledge and wisdom.  So, go ahead and travel, ask questions, feel your difference from others, because that will fill us with questioning.  Take care of your ancestry.  Oral communication is important.  Our languages represent our resistance, although it may take us 20, 40, 60 years to learn, we can not allow this richness to die.

I would like to be the last person to live away from, distanced from my roots.  I would wish for all my Gunadules to embrace anmar daed (our Indigenous way of being).  I would like the government to elevate our Indigenous languages to the same level as the Spanish language.

I would be happy if the life experienced by infants from my region was not seen as "multidimensional poverty" or that we were not viewed as "populations that have remained undeveloped".  I want to be the last Gunadule who has to hear the word "Indian" to describe us.  And I want them to stop complaining about requirements that we've put in to place for access to/entrance into our territory.

So until then I will continue calling myself pro-Indigenous, anti-colonialist.  I will continue painting myself as nisar (the annatto that provides the reddish pigment of the skin of Gunadule people) and I will not cease to be emotional about Bila Nii (the month of Revolution), nor will I stop going to Gunayala, whatever may happen, I will continue being Gungidule, a "Guna of Gold".

--Rodrigo Medina was born in the Gunayala region of Panama, Usdub community. He grew up in the city of the same country and graduated from journalism at the National University. From a young age, he knew he wanted to work on writing. His articles have been published in the IMAGiNA magazine of the National Secretariat of Science, Technology and Innovation (Senacyt) and has recently written notes and interviews for the weekly Capital Financiero.