The Future of Indigenous Language Rights 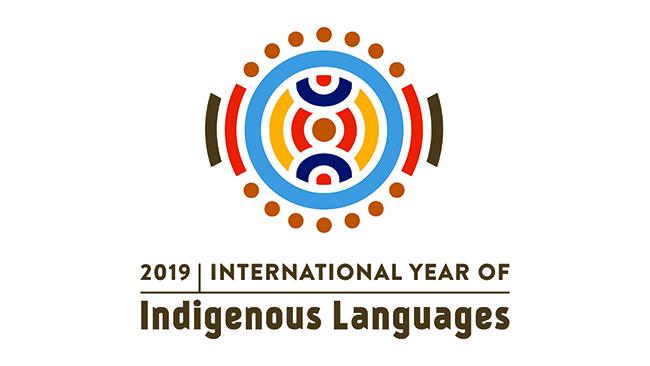 In an effort to raise awareness about the disappearance of Indigenous languages and to encourage their strengthening and revitalization on a global scale, the United Nations General Assembly declared 2019 to be the International Year of Indigenous Languages. UNESCO was called on to serve as the lead UN agency for the Year, and on November 15th, they published the Strategic Outcome Document of the International Year of Indigenous Languages (IYIL), a report meant to inform UN Member States of the progress achieved over the course of the Year and to provide recommendations for further action. The Document makes it clear that despite the important efforts made by the United Nations in implementing this International Year, Indigenous Peoples’ languages around the world “continue to disappear at alarming rates.” UNESCO thus outlines the urgency of the need to protect and promote Indigenous languages, as well as the steps that need to be taken in order to make this International Year play as great a role as possible in the upholding of Indigenous Peoples’ rights.

One of the most important points the document puts forward is that the protection of Indigenous languages is linked to Indigenous prosperity in various other areas of life, including peacebuilding, cultural knowledge, human rights, and economic development. Respect for the value of different languages fosters respectful communication and collaboration between different cultures, making it an important aspect of peacebuilding and reconciliation processes. Furthermore, languages carry within them “complex systems of knowledge...reflecting distinctive worldviews and perspectives,” and are thus necessary tools utilized in the maintenance and passing on of Indigenous culture and knowledge. Regarding human rights, the ability of Indigenous Peoples to use their languages and have their languages respected is essential to guaranteeing them “other rights enshrined in the Universal Declaration of Human Rights and the United Nations Declaration on the Rights of Indigenous Peoples,” including freedom of thought, opinion, and expression, and access to education, health, and information, among others. Finally, in aiding to promote equal rights for Indigenous language users, the protection of Indigenous languages allows Indigenous Peoples to prosper in their educational and work environments, thereby contributing to long-term economic progress.

The Strategic Outcome Document details the effects of Indigenous language protection on all these different domains in order to highlight the importance of taking immediate further protective action. One strategic action that the report recommends is the further development of programs to document and teach Indigenous languages. This includes the establishment and/or implementation of international standards for cataloging, annotating, and documenting Indigenous languages, as well as the joint participation of language users and UN Member States in efforts to collect, archive, and strengthen languages through institutions such as libraries, museums, memory organizations, and research institutes. Regarding education, the Document calls for the establishment of training programs for Indigenous language teachers, interpreters, and translators, with a particular focus on making educational tools inclusive for persons with disabilities. The use of digital technologies to “facilitate people’s continuing exposure to language sounds and to accurate pronunciation and articulation of the language” is emphasized, although UNESCO warns that technology developers should be “sensitive to barriers that impede the availability of new technology, content, and services to Indigenous language users.” Lastly, the document recommends increased support for spaces where Indigenous languages are used on a daily basis, as these educational entities play a “crucial role in the survival and development of Indigenous languages.”

In addition to language documentation and education, UNESCO stresses the role that language policy and international institutions must play in strengthening and revitalizing Indigenous languages. On the state level, they encourage governments to collaborate with Indigenous communities to “mainstream linguistic diversity and multilingualism within national development plans,” and on the international level, they recommend that the United Nations Permanent Forum on Indigenous Issues and the Expert Mechanism on the Rights of Indigenous Peoples incorporate sessions on Indigenous languages into their annual sessions. They also advocate the establishment of a World Conference on Linguistic Diversity and Multilingualism that would assess progress made in the next few years regarding Indigenous language protection and promotion.

Finally, because language rights influence the well-being of Indigenous Peoples in all spheres of life, the Strategic Outcome Document asserts that work to uplift Indigenous languages must go hand in hand with work to promote sincere reconciliation with Indigenous communities, strengthen Indigenous knowledge, and advance the social inclusion of Indigenous Peoples. This means that Member State governments must acknowledge the “profound trauma caused among many Indigenous Peoples by the loss or severe deterioration of their languages” and “ensure that concerns about the importance of truth, the need for apology and for forgiveness are integrated into reconciliation processes and frameworks.” Moreover, Member States should ensure that more knowledge is being published in Indigenous languages and that this knowledge is receiving the wide appreciation and recognition that it deserves. Language policies should be carried out with the intent of addressing and eliminating social issues faced by Indigenous Peoples, including illiteracy, unemployment, discrimination, domestic violence, and substance abuse. Ultimately, the “interrelatedness of all human rights” must be underscored in the movement for language rights.

These recommendations for further action make it clear that efforts to uphold Indigenous language rights cannot be contained within the boundaries of an International Year of Indigenous Languages. As stated in the Strategic Outcome Document, “the impacts of hundreds of years of language suppression or neglect cannot be reversed in one single year,” and “many Indigenous Peoples still face complex existential challenges in terms of strengthening, protecting and revitalizing their languages, many of which continue to disappear with all the inevitable negative consequences for humanity and society.” For this reason, the document concludes that the International Year must be the “launch-pad for a new longer-term sustainable response,” specifically an International Decade on Indigenous Languages commencing on January 1, 2022. Moreover, this Decade must see “substantially and measurably enhanced involvement of Indigenous Peoples themselves, particularly Indigenous women and youth,” as no movement for Indigenous Peoples’ rights can be meaningful and successful unless it is founded upon the decisions, viewpoints, and leadership of those it seeks to uplift.