Fires in Amazonia: Going Beyond Protection of Indigenous Rights 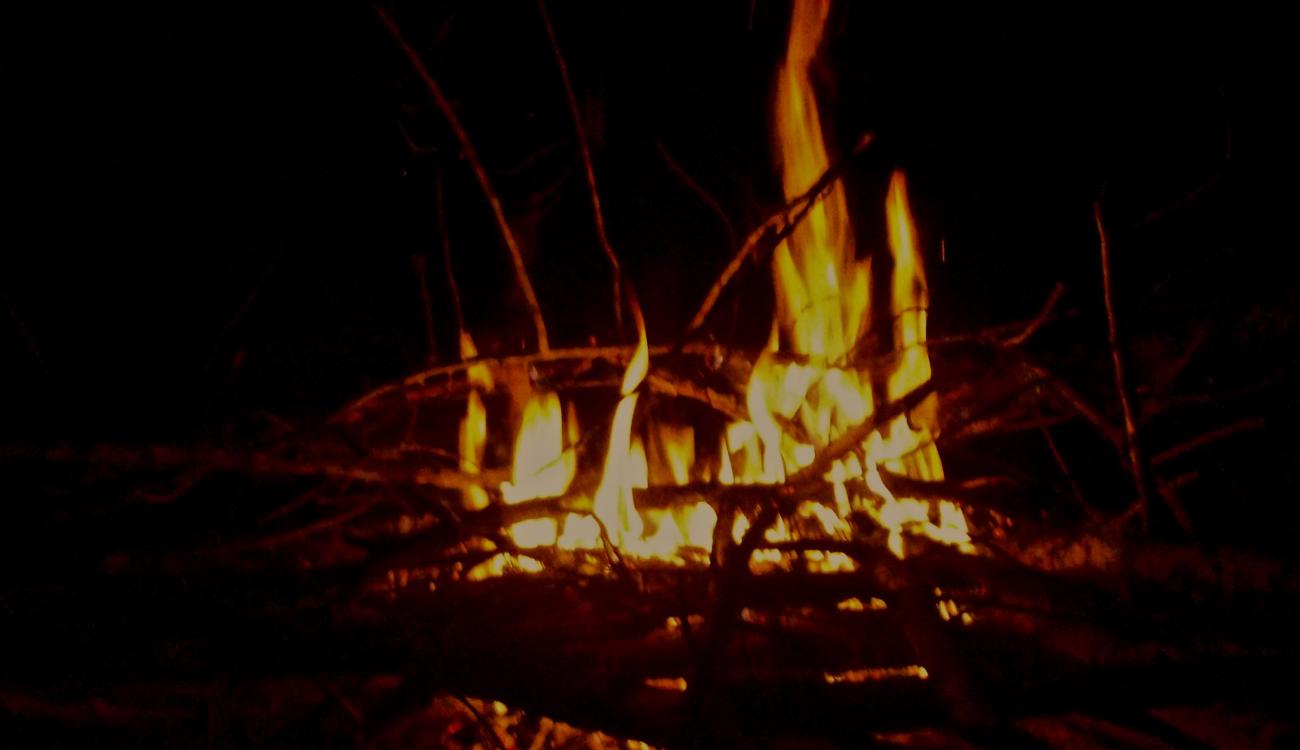 The connection between the persecution of Indigenous Peoples and the significant increase in fires in the Amazon, especially in the second half of 2020, is part of an explicitly racist, anti-environmental, and dangerous governmental policy. In August, I spoke at a Fridays for Future event in Vienna with a special focus on the Amazon. My speech insisted on the idea that defending Indigenous Peoples and our rights, our ways of life and worldviews is the best way to protect the forests in the Amazon, and the planet as our home, the home of humanity.

The fires in Amazon and in other important biomes in Brazil are criminal. The process of destroying a forest with fire is the last step of a process: after deforestation or the removal of wood, after the weakening of the defense of forest beings, which includes Indigenous people, in an attitude of rejection of their existence, fires are used for the final clearing of the land, before mining and other activities begin. That is why the drop in the number of fires that Bolsonaro`s government is announcing this September is not a reason for tranquility for Indigenous Peoples, animals, trees, environmentalists, scientists, and even for the readers of this article.

Lies and Shameful Posts
Recently, the vice president of Brazil, Hamilton Mourão, and the environmental minister republished a video on their social media accounts stating that the Amazon is not burning.  The video begins with that resounding lie: "The Amazon is not burning." In addition to the disturbing lie, the video was produced in English for foreigners. I have two hypotheses to explain that campaign. First, to spread a misrepresentation based on the premise that strangers do not know what is happening in the Amazon and secondly, it is as a reaction to Indigenous Peoples and environmental activists who are fighting to defend the Amazon.


The video brings in the voice of a child, to manipulate and play with the truth. Perhaps a shot in the foot, as we say in Brazil, because a child, although always educated and a lover of truth, should not have the responsibility to inform the public with this type of news. The video delegitimizes itself by showing a golden lion tamarin as an Amazonian inhabitant, whose home is actually Brazil's Atlantic coastal rainforests that, together with other species, are disappearing due to ever-expanding logging, agriculture, and industry. Even though the golden lion tamarin is also in danger of vanishing from the Atlantic rainforest, they do not belong to the Amazon. It is probably only found in the forests of Rio de Janeiro and southern Minas Gerais, which is more than 3000 kilometers away from the Amazon forest.

The video was originally created by ACRIAPARA, an association of agribusiness and large farmers in the state of Para, the fifth in the country in meat production, with a livestock of over 21 million heads. Associations like this one have been strengthened by and are multiplying in the government of Bolsonaro and its minister, who in May 2020 called on the government to push through further deregulation of environmental policies and pause Indigenous land demarcation, while people are distracted by the coronavirus pandemic. He stated, "We need to make an effort while we are in this calm moment in terms of press coverage because they are only talking about COVID, and push through and change all the rules and simplify norms," weakening the rights of Indigenous Peoples and undermining the green areas of the country.

Along with the video, the vice president posted a question: "Which side are you on? With those who preserve the forests or with the ones who manipulate your feelings?” The next day, when journalists questioned him about the video, he affirmed the footage was for foreigners, and confessed that the video was counter-propaganda, confirming my second hypothesis. Justifying the presence of the golden lion tamarin in the video, he said that this was an integration of the Amazonas and Atlantic forest. In a simple analysis of his discourse, we know that this integration is not to protect the forest or its inhabitants, but to make the Amazon a industrialized, "developed," and dead zone in its diversity. The president of ACRIAPARA also published his mea culpa, saying that the video was a mistake and they used old images and videos. Period.

To answer the vice president, our answer is that we are not on his or their side, nor on the side of who produced the video. We are on the side of the defenders and guardians of the forest, of the innumerable Peoples and beings that inhabit their soils. 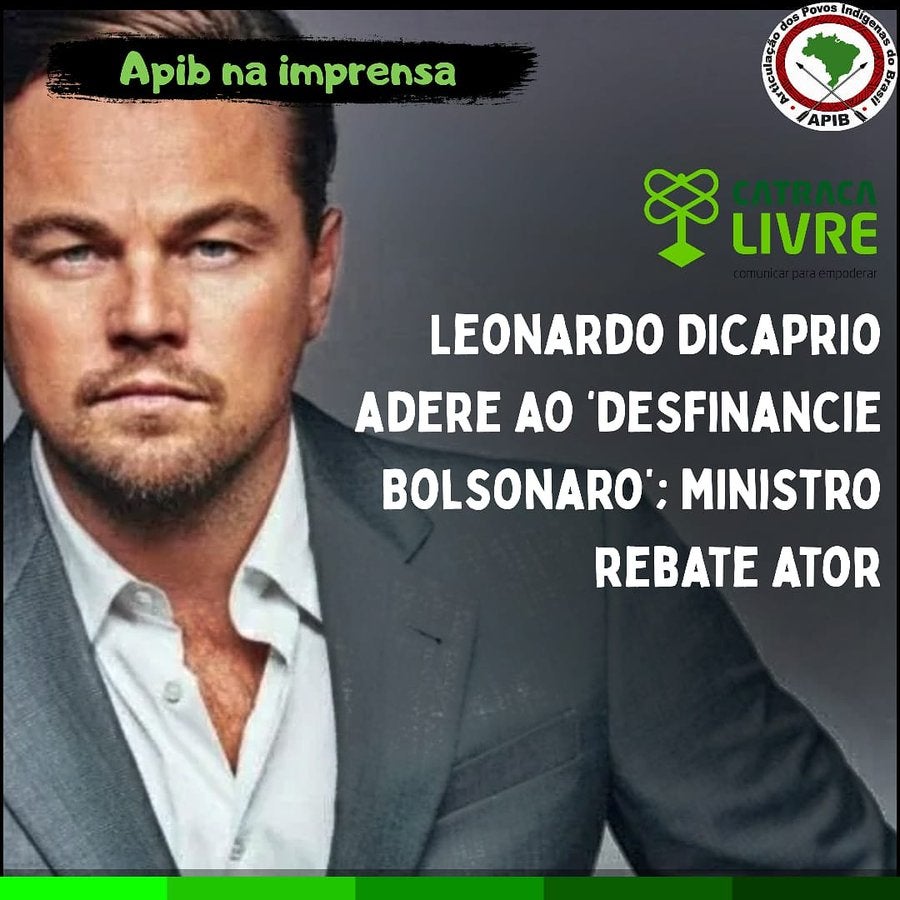 A social media campaign “Defund Bolsonaro"  by APIB, Articulation of Indigenous Peoples of Brazil, uses the American actor Leonardo DiCaprio to mobilize thousands of people on social networks. The main piece is a video narrated with the voice of a child who asks "Are you smelling smoke? The Amazon is burning. Again." And it is burning more than ever before. 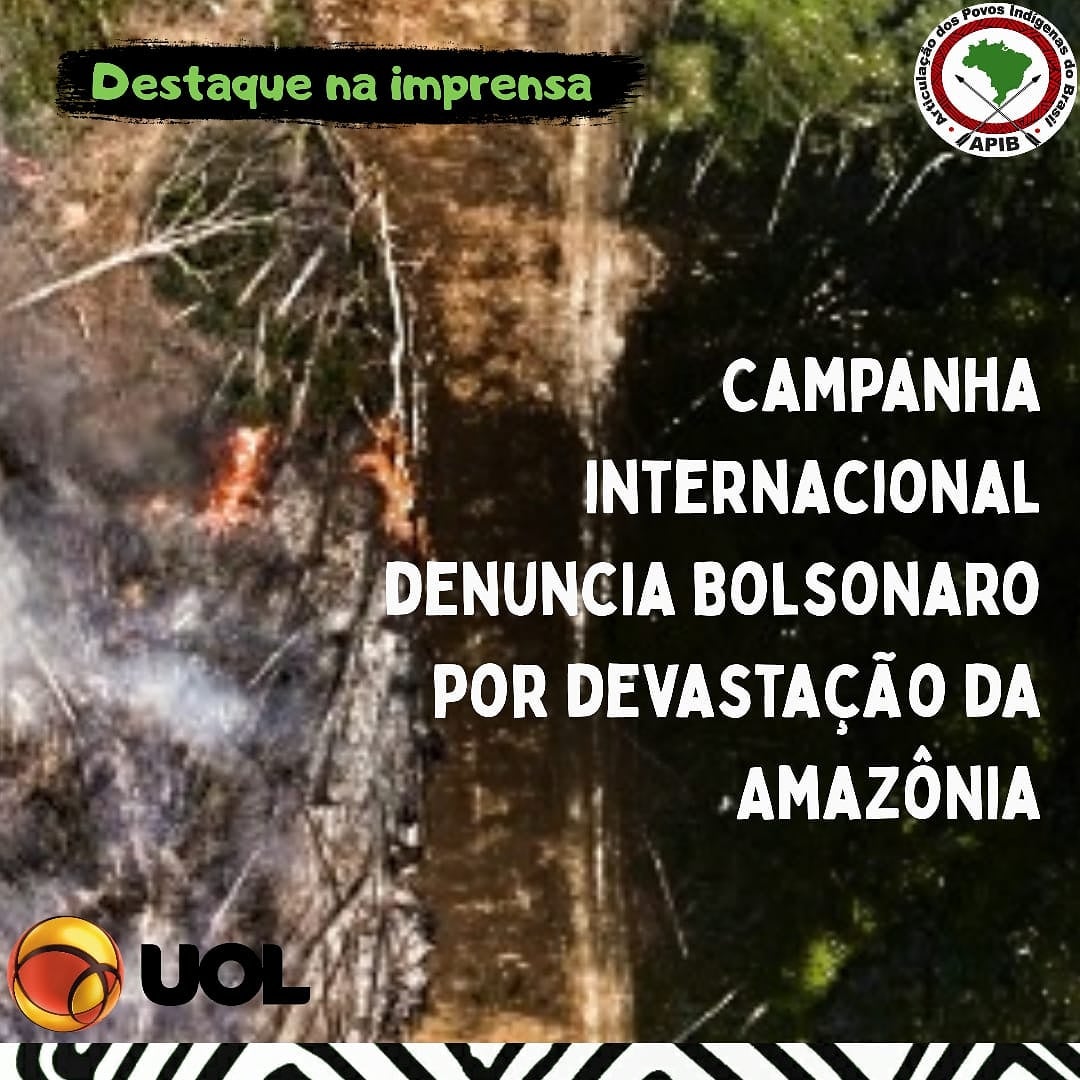 “The worst environmental disasters in Amazonia during the 21st century"

The NASA Earth Observatory launched a new system for monitoring fires in the Amazon that is capable of identifying the source of the fires and it shows that, in 2020,  54 percent of them originated in deforestation. Using data from the VIIRS satellite imaging system, the scientists affirm:

"In the southern Amazon, the dry season typically begins in July and continues through November, bringing increased fire activity along with it. Following a notable increase in fire activity in August 2019 and a gradual rise in deforestation across multiple years, a team of scientists at NASA and the University of California-Irvine has been watching closely for signs of how the 2020 season might shape up. Several worrisome signs have emerged. In May and June 2020, warm Atlantic Ocean surface temperatures pointed to a greater risk of drought for key parts of the Amazon rainforest," writes Earth Observatory.

Deforestation in the Amazon forest grew 33 percent (see the VIIIRS graphic below) between August 2019 and July 2020 compared to the same period in the previous two years, as indicated by DETER an agency that uses satellites to monitor the area and it is associated with the Brazilian National Space Research Institute (INPE). In this period, a total of 9,205 km² of forest was cut down, a significant increase over the 6,844 km² recorded in the previous period. It is the largest index since the beginning of the DETER started to monitor it in 2015. 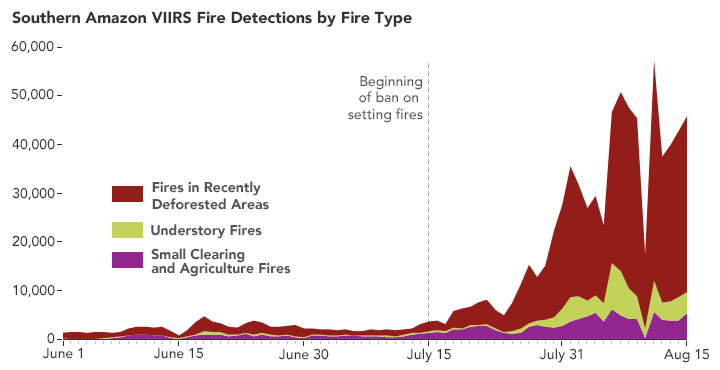 At the same time, the State agency responsible to monitor and protect the environment, IBAMA, spent only 19 percent of its planned resources for containment and prevention of forest fires. The same happened to FUNAI, the agency responsible for protecting Indigenous rights in Brazil: a systematic action to undermine the gatekeepers of the forest, threatening the entire diversity.


The Observatory of the Climate, an NGO that monitors the region, states that is the main reason for the problem and the record-level deforestation associated with the burning. They also state that drought in the region did not play a major role in the 60 percent increase in the number of hot spots in 2019 and more than double that in 2020.

Researcher Paulo Moutinho warns that "the consequences for the population are immense. Air pollution causes disease and the economic impact can be high. Therefore, fighting deforestation, which is a vector for fires, and discouraging the use of fire to clear the land are fundamental to ensuring the health of people and forests."

According to Metsul, a Brazilian meteorological institute, the fires are not only in the Amazon, but in the Cerrado and Pantanal. In the latter, fire is devastating the area: with more than 12 percent of the biome already consumed by flames and are above the historical average in the entire country. Both Metsul and INPE show in their images captured by satellites that the smoke of the Amazon and Pantanal is reaching regions as far away as São Paulo and Rio Grande do Sul.

Our home is burning, we are seeing it. Animals are dying, lives are disappearing. Forests and biomes are being consumed, and the Bolsonaro government is still in denial.


The Forest Is Our Home
The environmental conservation of Indigenous Lands is not only a strategy of territorial occupation established by Indigenous Peoples. It reflects the deep, ecological, and interdependent relationship that forest beings have with each other. Indigenous Peoples as well as any other species living there are responsible for the conservation and protection of diversity of local fauna and flora. Their ways of living are unique because of this essential relationship.

The Intergovernmental Science-Policy Platform on Biodiversity and Ecosystem Services (IPBES) issued the Global Assessment Report on Biodiversity and Ecosystem Services, which also affirms that Indigenous Peoples are central players and the key to protecting the environment. The report says that at least "one quarter of the global land area is traditionally managed, owned, used or occupied by Indigenous Peoples."

We have seen that the undermining of Indigenous rights to land, identity, and cultures has a historical link with the loss and degradation of green areas and biodiversity in the world.  Removal and relocation of Indigenous Peoples due to the denial of their rights is the number one cause of land misuse and policies that have destroyed the forests.

--Edson Krenak Naknanuk is an Indigenous activist and writer in Brazil and a Cultural Survival consultant. Currently, he is a Ph.D. candidate in Social and Cultural Anthropology with studies in Legal Anthropology at Vienna University, Austria. He is also a teacher. He loves interacting with children and youth and preparing them for a better world.