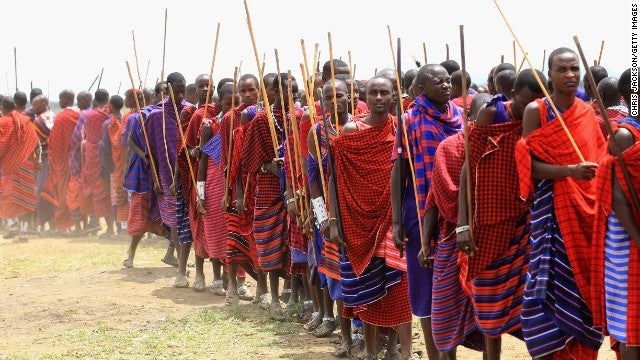 The Maasai are one of the most well known Indigenous people in Africa. Their colorful dress and unique cultural customs make them a landmark of Southern Kenya and Northern Tanzania. With their population estimates numbering well over a million between the two countries, they maintain a sizable cultural identity amidst their ancestral lands.

Despite encouragement from national governments to abandon their traditional way of life, the Maasai have always held fast to their right to continue their nomadic and pastoral lifestyles, based on their status of being one of Africa’s oldest tribes.

As many of the world’s Indigenous groups have experienced, this has not been an easy lifestyle to maintain while facing pressure from governments. The Tanzanian Maasai have a long and bitterly fought history of land ownership disputes with Tanzanian authorities, dating back to the early 1990’s when the government first encroached upon Maasai lands without consent.

Twice now in the last two years Tanzania’s government has threatened to remove the Maasai from their ancestral lands, to increase hunting revenue and introduce commercial prospects to the area. Living just East of the well-trafficked Serengeti national park, the Maasai inhabit land that the government would love to see utilized for tourist revenue.

Remarkably, twice now as well the Maasai have been able to defend their ancestral lands in the most unlikely of platforms: through the avenues of social media.

In 2013 Tanzania announced an ambitious plan affecting the Maasai of Loliondo. They wanted to convert 40% of the land from the area into an exclusive wildlife reserve, which would have required the removal of 20,000 people from their homes.

The proposal garnered international attention, raising necessary questions relating to human rights and land ownership. The majority of the world, it appeared, was on the Maasai’s side. A discussion had been ignited regarding the treatment of Africa’s rural and Indigenous peoples, whose conflict represented something happening to many native groups on a global scale. It was through mobilization, Internet activism, and successful journalism that the Maasai were able to retain their ownership of their lands.

Stories were written, protests signed, and demonstrations held that reversed the pressure back onto Tanzania’s government. Ultimately they were successful, and resulted in Tanzania’s Prime Minister Mizengo Pinda paying a visit to Loliondo. He promised to reverse the earlier proposal, citing that the land belonged to communities living there.

Victory was short lived. The Maasai again recently faced a threat to their land rights, from a similar proposal to the one introduced in 2013.

However, they continue to fight back. The Maasai community of the Ngorongoro District has created an online petition on the website Avaaz.org, the same website that produced nearly a million signatures in defense of the Maasai in 2013. Using online activism to strengthen their voice on a global platform, the Maasai are encouraging people to stand up and take notice of injustices being committed against them by Tanzania’s government.

“Last year, when word first leaked about this plan, almost one million Avaaz members rallied to our aid,” the website states. “Your attention and the storm it created forced the government to deny the plan, and set them back months. But the President has waited for international attention to die down, and now he’s revived his plan to take our land. We need your help again, urgently.”

The alleged plan from Tanzania’s government included the eviction of 40,000 Maasai from their homelands, to open the land to a United Arab Emirates company with the intention of transforming the land into hunting grounds.

Using similar tactics employed in 2013, the Maasai have again called upon international aid. As of December 11th, the petition on Avaaz has over 2,339,000 signatures. This demonstrates a deep concern from the world over the preservation of Africa’s cultural heritage.

After Maasai elders met with the Prime Minister Mizengo Pinda in Dodma on November 18th, any alleged plans to evict the Maasai from their lands have been rescinded.

This progression of events is a testament to the power of a global virtual voice. People have demonstrated twice through the Maasai that these violations are not acceptable. With this new source of mobility, the Maasai will not give up the fight. Until they have it in writing that their ancestral lands are protected from commercialization and outside investment, they will continue to organize around the preservation of their culture and the protection of their homes and livelihoods.