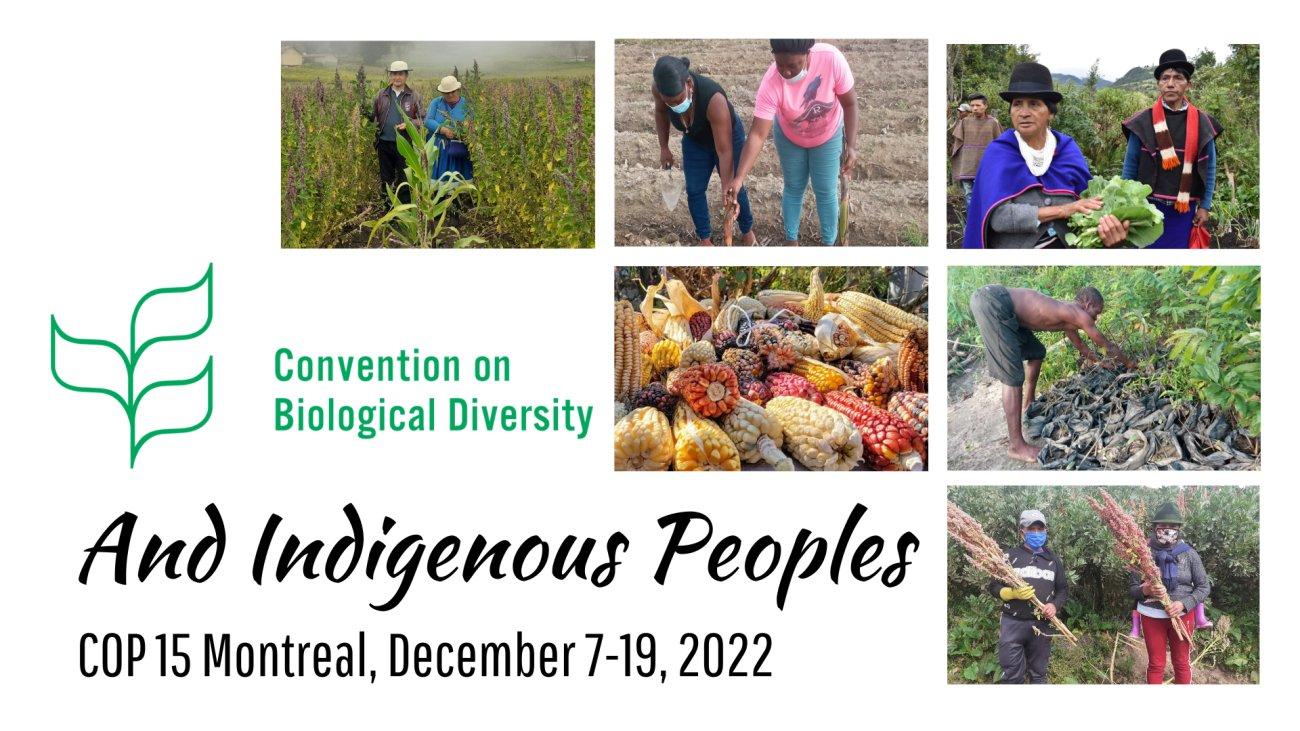 After more than four years of preparations and negotiations, the 15th Conference of the Parties to the UN Convention on Biological Diversity (CBD COP15) has come to a close in Montreal, Canada. On December 19, 2022, the COP15 presidency adopted the Kunming-Montreal Global Biodiversity Framework (GBF). The Kunming-Montreal Global Biodiversity Framework is a non-binding agreement among 196 Nation states who are parties to the UN Convention on Biological Diversity. The GBF has four long-term goals for 2050 related to the CBD’s vision of “living in harmony with nature,” and 23 targets that should be initiated immediately and completed by 2030, and will support the 2050 vision. The goals include increasing the area of natural ecosystems, halting human-induced extinction of threatened species and reducing the extinction rate and risk of all species by tenfold, increasing the sustainable use of biodiversity, the fair and equitable sharing of benefits from the use of genetic resources, and equitable access to financial resources, capacity building, technical and scientific cooperation, and technology by all parties to be able to implement the framework.

Cultural Survival underscores that as an organization, we have our own position as it relates to the adoption of the Kunming-Montreal Global Biodiversity Framework. We believe that nothing is black and white, and we try to move beyond binary approaches and reflect on what’s at hand from the place of humility, respect, trust, and reciprocity with all of our Indigenous sisters, brothers, and relatives of all genders. Cultural Survival wishes to express gratitude and acknowledge the work of all Indigenous and allied organizations who have been working under the umbrella of the International Indigenous Forum on Biodiversity (IIFB) leading up to the adoption of the new Global Biodiversity Framework. It has been a collective effort of many Indigenous leaders from all seven socio-cultural regions who dedicated countless hours to ensure that references to Indigenous Peoples; the UN Declaration on the Rights of Indigenous Peoples (UNDRIP); a human rights-based approach; Free, Prior and Informed Consent; and rights of nature were included in the text of the Kunming-Montreal Global Biodiversity Framework. We also want to acknowledge the limitations of the ability of Indigenous rights activists to influence these spaces. Oftentimes access to power players does not guarantee the power to influence decision making. As we personally witnessed the deliberations at COP15, Indigenous Peoples still have yet to find a seat at the table as equals as all decisions continue to be made by powerful colonial states. Cultural Survival is committed to remaining diligent and continuing our work at the global, national, and local levels to respect, protect, and uphold the rights of Indigenous Peoples, in alignment with our values and principles and the expressed priorities of our Indigenous community partners.

Cultural Survival celebrates that there are 20 references to Indigenous Peoples, 8 references to Traditional Knowledge, 2 references to Free, Prior and Informed Consent, and 1 reference to the UN Declaration on the Rights of Indigenous Peoples throughout the text of the Global Biodiversity Framework. However, the Framework does not do enough to protect Indigenous Peoples’ rights and territories and uses dangerous terms like “nature-based solutions” in two targets. The use of these terms enables big polluters and the very people responsible for the destruction of the environment to continue commodifying Mother Earth and distracts society from true solutions. It is Indigenous Peoples who hold true solutions for the conservation, restoration, and sustainable relationships with biodiversity. Additionally, at COP15 French President Emmanuel Macron proposed a new biodiversity credit scheme, which, if implemented, would open the floodgates to the privatization and monetization of natural resources, cultural heritage, and traditional knowledge of Indigenous Peoples, all of which are closely tied to flourishing biological diversity.

At the same time, Cultural Survival expresses deep concerns regarding much of the context of the Framework. A key area of concern is Target 3, which relates to the plan to conserve 30 percent of terrestrial, inland water, and coastal and marine areas by 2030, also known as the 30 x 30 target. At a glance, it would appear that Indigenous Peoples have been recognized in this target. However, the language in the text of the target is open for interpretation both on the global and national levels. The text refers to "...well-connected and equitably governed systems of protected areas and other effective area-based conservation measures, recognizing indigenous and traditional territories, where applicable." This is worrisome, as it has great potential to be interpreted by national governments in ways that are detrimental for Indigenous Peoples. The initial recommendation from Indigenous representatives was to recognize Indigenous territories as a third category of area-based conservation efforts along with Protected Areas and Other Effective Area-based Conservation Measures (OECMs) and so effectively recognize Indigenous self-governance. Identifying Indigenous territories as a separate category would have finally recognized Indigenous territories as separate from Protected Areas and OECMs and would have given Indigenous Peoples power over the decisions being made about their territories, including those related to conservation measures. We should note that the concept of 30 x 30 is artificial and arbitrary, as there is no scientific basis for that particular percentage of land in that particular period of time, and that historically, conservation schemes have resulted in fortress conservation, harassment, and displacement of Indigenous communities. Many Indigenous leaders have expressed their concern over this plan becoming yet another land grab if the rights and governance of Indigenous Peoples are not adequately recognized, and with good reason. Instead of defining Indigenous territories as a third category, as proposed, the final version of the text uses the phrase ”recognizing Indigenous and traditional territories, where applicable,” resulting in an ambiguous guideline that is subject to interpretation. Who will "recognize" and where is it "applicable"? Defining this will remain the prerogative of national governments that have historically marginalized, displaced, and annihilated Indigenous Peoples. How can we expect anything different this time around?

Target 15, which is related to monitoring, assessment, disclosure, and reporting of businesses’ impacts on biodiversity, has been an area of concern since the negotiations for the Global Biodiversity Framework began four years ago, as it directly links biodiversity impacts and financial flows from business. Cultural Survival expresses deep concerns, as Target 15 has no mention of reporting of impacts on human rights. Additionally, leading up to COP15, we specifically noted the need for government oversight to regulate and ensure accountability of business impacts on biodiversity. Any financial flows impacting biodiversity and the lands, territories, traditional lifeways, and well being of Indigenous Peoples must be not only subject to reporting but also fully measurable, both qualitatively and quantitatively. Reporting and responsibility of businesses must be both informational and practical. They must include restoration of disturbed territories and ecosystems, accounting of collateral and deferred damage, payment of fines and compensations, and prevention and resolution of Indigenous human rights violations and other conflicts that arise. The target as it stands now permits businesses to self-report voluntarily. The target does not offer proper regulatory and redress mechanisms that would ensure that companies monitor, evaluate, and disclose information about their impact on biodiversity. Instead, it allows businesses to be their own regulators. We know that this approach has never worked.

Cultural Survival denounces that at the last minute, language acknowledging gender diversity was deleted from the text of the Gender Plan of Action, one of the plans approved by COP15, in the preambular text and the annex. This was done at the proposal of Malaysia, Algeria, Bahrein, Saudi Arabia, and the UAE, which was supported by The Holy See (the Vatican) even though this last is not a party to the Convention. The deleted text recognized gender “in all their diversity” and “sexual orientation” and “gender identity.” There were States that strongly opposed removing these references, but they compromised at the last minute to get the Gender Plan of Action approved. We cannot accept any regression on recognition of the rights of any group including the 2SLGBTQ+ community. The deletion sends a violent message to the millions of 2SLGBTQ+ people living under oppressive regimes and in situations of prejudice and harassment. We call on States to uphold their human rights commitments and ensure that all groups are acknowledged and their rights protected in any decisions made at global and national levels.

There is also no true and meaningful agreement on resource mobilization. The decision is supposed to provide the resources needed to achieve the Kunming-Montreal Global Biodiversity Framework’s 2030 global targets and the 2050 vision. Parties agreed to establish a new Global Biodiversity Framework Fund but it will still operate under the supervision of the Global Environmental Fund (GEF). The GEF has been exceptionally slow to meet the challenge of biodiversity loss, and the bureaucratic processes required for Indigenous Peoples to access funds deter grassroots efforts. The GEF will need significant reform to be able to deliver on its mandate. Cultural Survival calls for direct and equitable access to financial resources for Indigenous Peoples. We must move beyond the colonial mindset in which States have the power to decide where to allocate resources and trust Indigenous Peoples to manage funding as full and equal partners in biodiversity conservation.

On the other hand, there are many positive developments coming out of the newly adopted Global Biodiversity Framework. First, Section C of the Annex, which contains the cross-cutting issues to consider for the GBF’s implementation, acknowledges the contributions and rights of Indigenous Peoples as “custodians of biodiversity and partners in the conservation, restoration and sustainable use.” It also calls for respect for Indigenous Peoples’ rights, traditional knowledge, knowledge systems, worldviews, and practices and calls for Indigenous Peoples’ “full and effective participation in decision-making” in accordance with the UN Declaration on the Rights of Indigenous Peoples and other international instruments.

The true battle for the implementation of the Global Biodiversity Framework will be fought at the national and local levels. States should immediately start reforming their laws to ensure true and meaningful progress on biodiversity protection and respect for the rights of Indigenous Peoples over their lands and territories. Cultural Survival, therefore, calls on State governments to fulfill their obligations to respect, protect, and uphold the rights of Indigenous Peoples and to engage with Indigenous Peoples on the implementation of the GBF in good faith. We recognize the limitations of the GBF, as it is an aspirational soft law agreement that is intended only to reshape governments’ attitudes towards the issue of biodiversity loss. There is no mechanism to penalize and hold states accountable to fulfilling their obligations. Some governments may use the loopholes afforded by the GBF, specifically Target 3, to continue land grabs in the name of conservation. Indigenous Peoples must remain vigilant and we must work together to ensure that the GBF does not turn into yet another wave of commodification of nature and business as usual. The work continues. 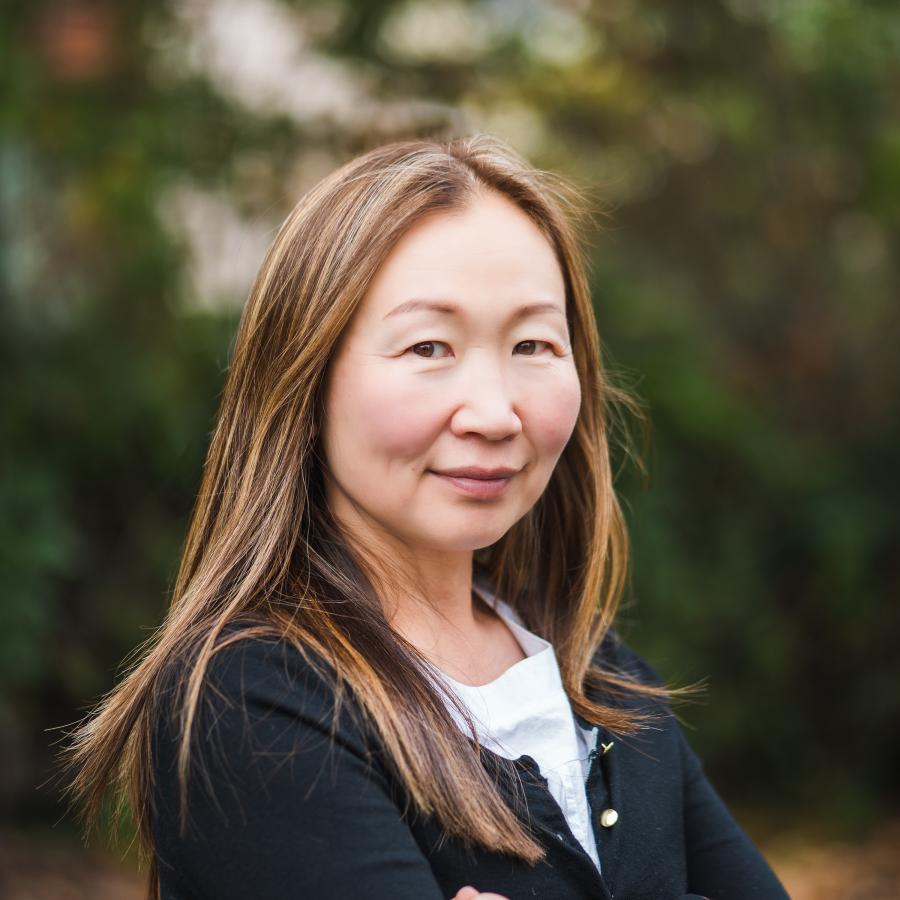 Galina Angarova on the Indigenous Relationship to Land, Conservation, and the Sacred Feminine 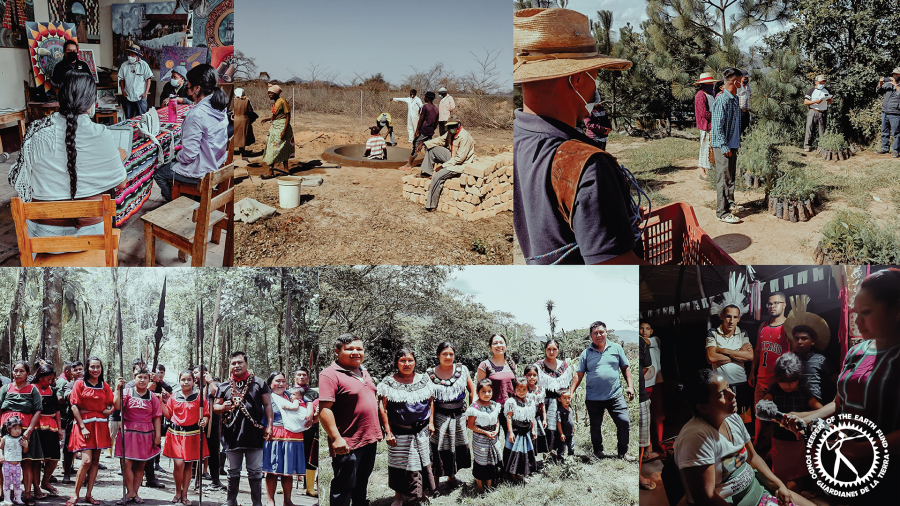 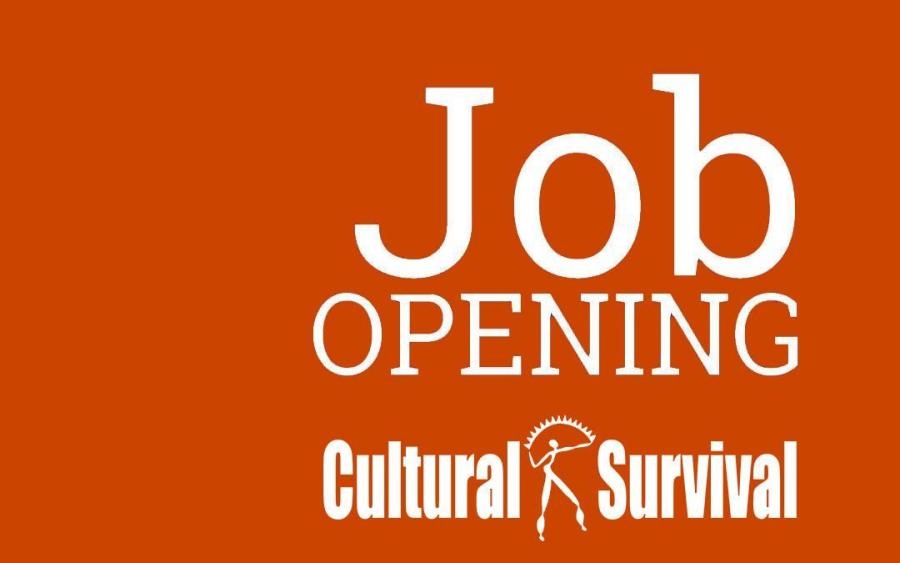