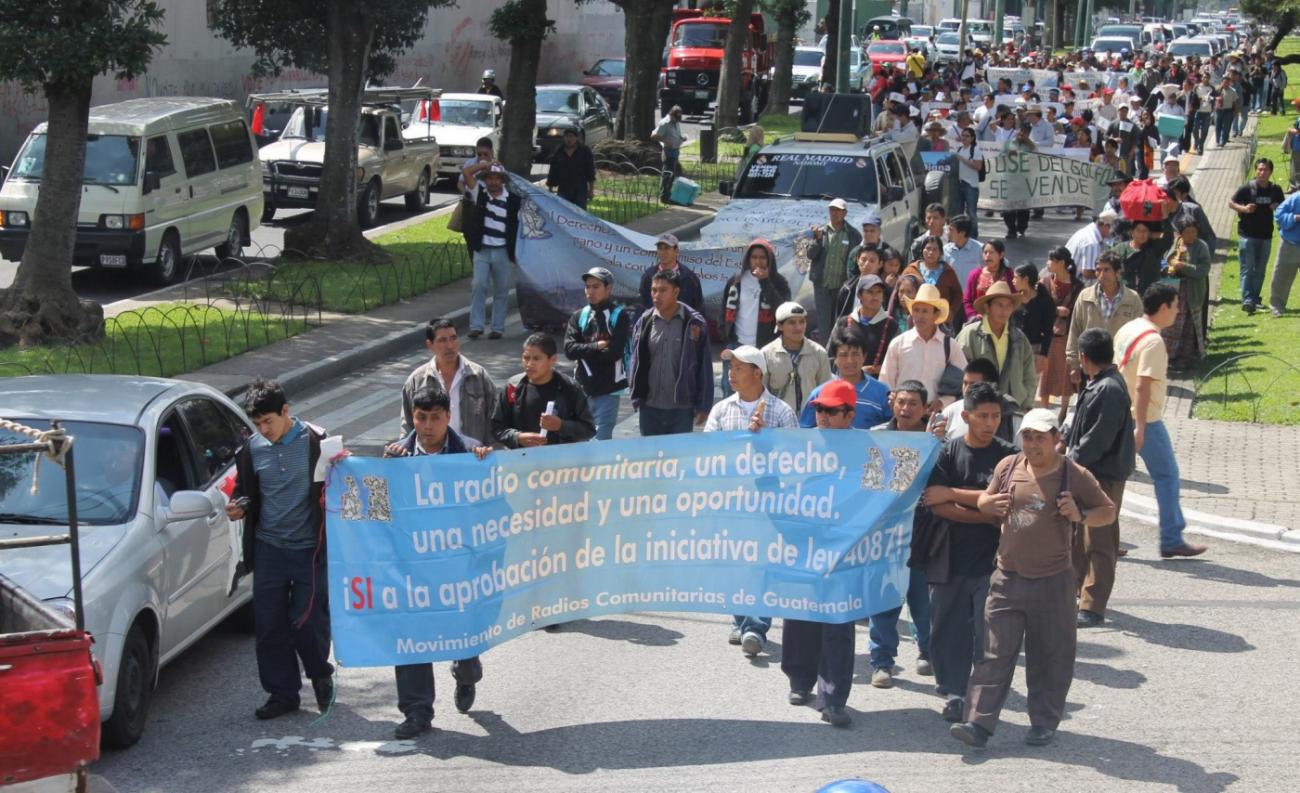 Cultural Survival stands in support of Bill 4087, Community Media Law, which is currently being considered in the Guatemalan Congress. A vote on this bill could be scheduled for as soon as Tuesday, February 9, 2016 and in order for it to pass, 105 of the 158 members of congress must vote in its favor.  Bill 4087 would modify the existing Guatemalan telecommunications laws to allow access to non-profit community radio licenses for each municipality in Guatemala.

Currently, the Guatemalan telecommunications law does not permit licenses for non-profit community radio, despite promises made by the Guatemalan Constitution and the 1996 Peace Accords. This lack of access to non-profit community radio broadcast licenses is in direct opposition to citizens’ rights to freedom of expression and Indigenous Peoples’ right to operate their own media in their own languages. Numerous recommendations from the United Nations, the Inter-American Commission on Human Rights, and the Guatemalan Constitutional Court have urged the passage of revised legislation to provide access to broadcast licenses for non-profit, community radio stations.

Community radio stations, which currently operate in a legal grey area, with the risk of police raids and jail time for radio volunteers, serve the vital function of distributing information about important news and educational programing like emergency disaster relief, voter registration, public health campaigns to listeners in their own local languages, reaching even the most rural areas where radio is the only affordable form of communication. For Indigenous communities, community radio provides access to programming in their own languages and promotes their cultures, traditions, and belief systems.