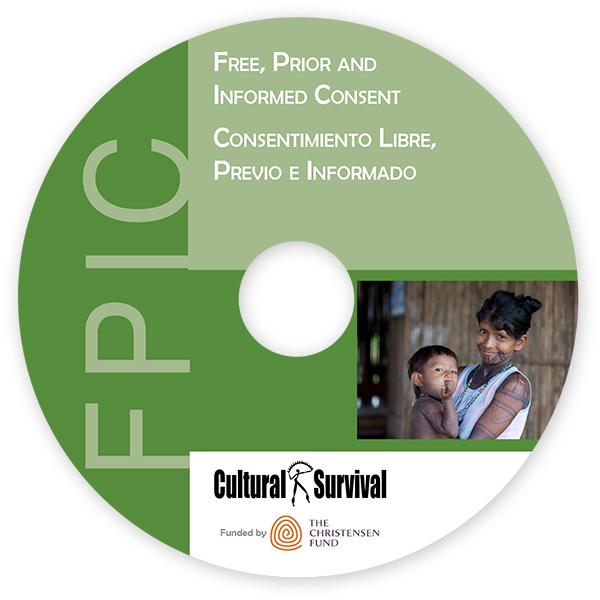 The principles of Free, Prior and Informed Consent seek to ensure that a given community has the right to grant or withhold consent for proposed projects that might affect their lands, resources, and territories. Development projects seeking to exploit marginalized areas at low costs often do not take into account the considerations of Indigenous Peoples who have lived on and protected these lands for countless generations. FPIC's emphasis on "prior" consent indicates that Indigenous Peoples should be involved in the early planning stages on any development project and before any decisions take place, thus bolstering the opportunity for Indigenous communities to have a voice in how the development process takes its form. The principles of FPIC are enshrined in the UN Declaration on the Rights of Indigenous Peoples and the International Labor Organization (ILO) Convention 169.

The programs were premiered to a listener audience in May 2013 as part of the United Nations Permanent Forum on Indigenous Peoples Issues in New York City. One listener, an Indigenous woman from West Papua, congratulated Cultural Survival on creating the series and spoke to the importance of bringing the concept of 'Free, Prior and Informed Consent' into the terms of her own people. "This is something that is part of our culture, something we have always known. You can't just walk into someone else's garden and build something."

To bring home the idea on the local, rural level, Cultural Survival seeks to translate these programs into as many Indigenous languages as possible, with plans already in motion to record in Navajo, Hopi, Hawaiian, and at least six Mayan languages in Guatemala. The initial 20 programs are already available for download in English and Spanish.

The programs' target audience is Indigenous Peoples in rural communities globally, via a growing network of community radio stations in over 25 countries.

Community radio is an excellent tool for spreading this message, explains Rosy Gonzalez, a Kakchiquel Maya of Guatemala and the Spanish-language producer of the series. "Because community radio stations broadcast in rural areas, in native languages, they reach an audience that is being directly affected by development projects taking place without their consent. These programs will reach people who are living this problem and are interested in a solution."

This first series, made possible by a generous grant from the Christensen Foundation, will consist of: ten 30-second public service announcements; ten 60-second short programs; six 3-minute interviews; and two 10-minute features including interviews and analysis. Cultural Survival welcomes comments and feedback and any who are interested in collaborating on these programs to reach our producers via email at consent@cs.org.

"It is important to spread the word among Indigenous communities about the international instruments available for mobilization in struggles for their sovereignty and self-determination. Cultural Survival's radio programs concentrate on the principles of FPIC in order to make that knowledge free and accessible to Indigenous communities worldwide. While questions remain concerning the determinations made as to who might be affected by a particular development project, what it means to gain recognition as an Indigenous community, and to what member(s) within a community will serve as interlocutors to state and corporate interests, it is important to begin the dissemination of information and grant access to international rights for people calling on governments to respect, protect, and fulfill their obligations under international law," says Mark Camp, Cultural Survival Deputy Executive Director.

Cultural Survival is a global leader in the fight to protect Indigenous lands, languages, and cultures around the world. In partnership with Indigenous Peoples, we advocate for Indigenous communities whose rights, cultures, and dignity are under threat. For more information go to www.cs.org
Country
Global
Issues
Human Rights