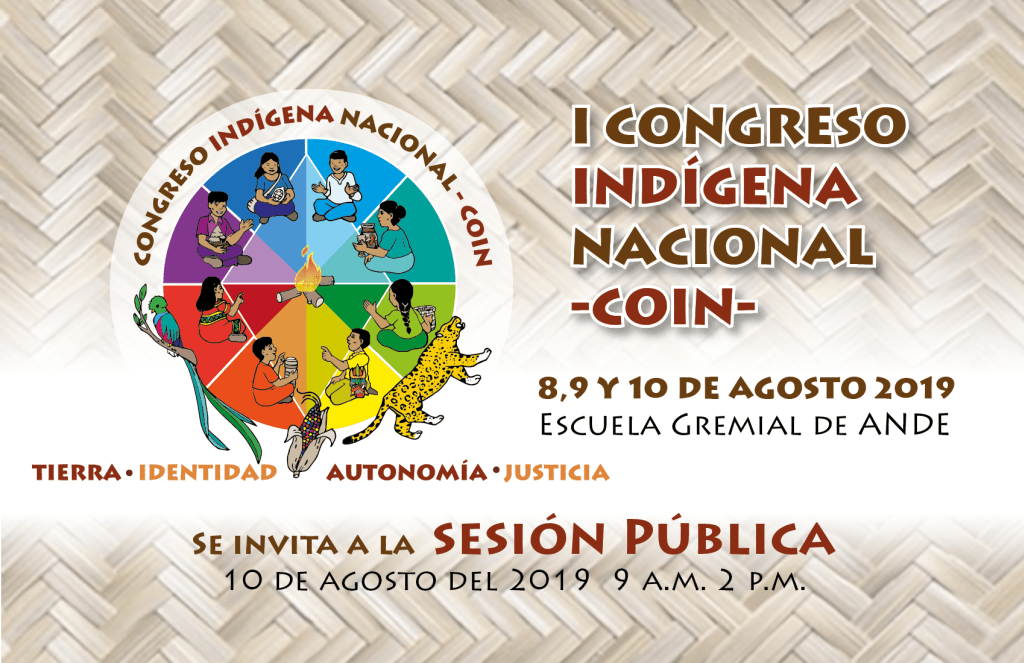 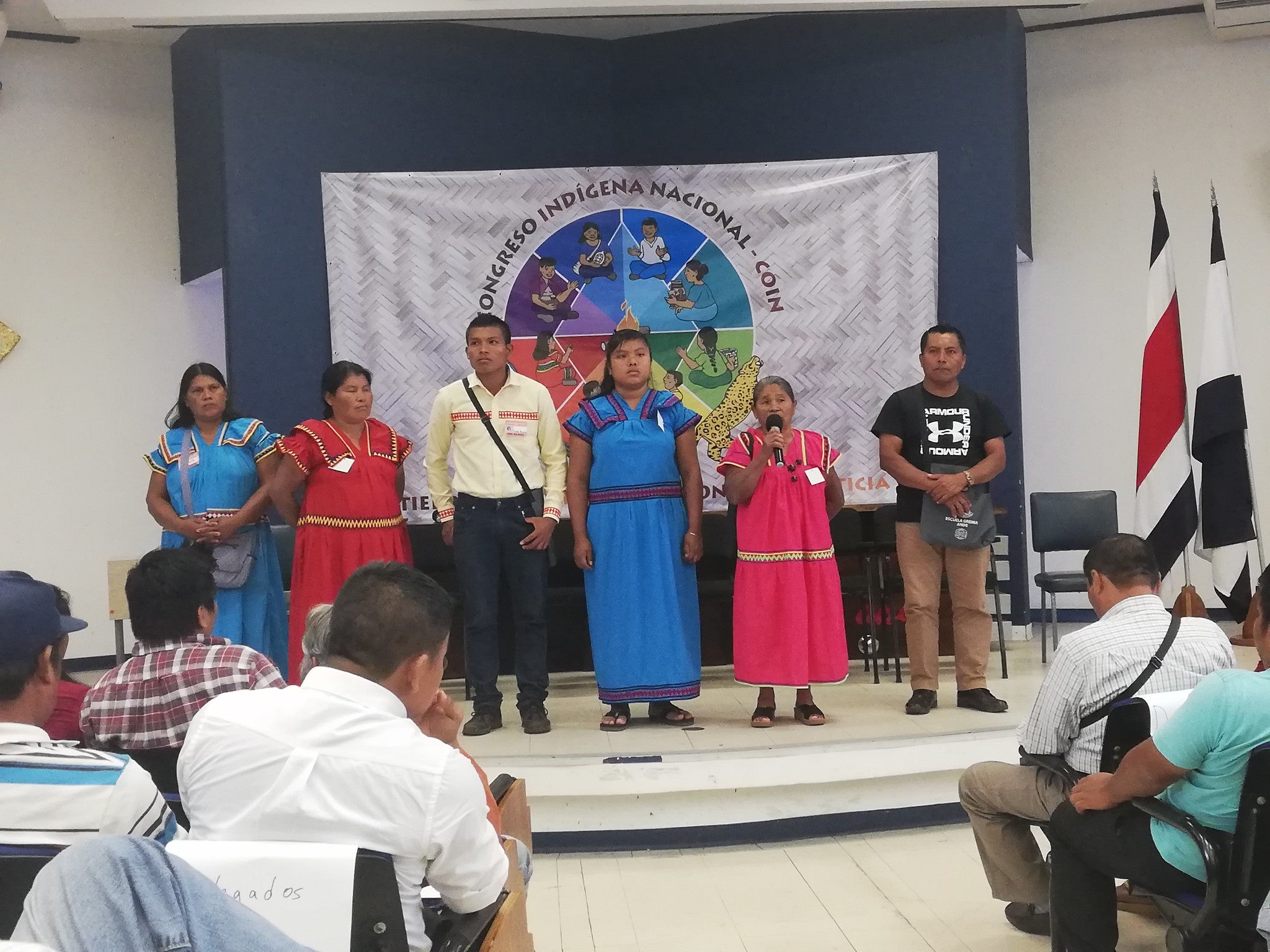 The National Indigenous Congress constituted a space for Indigenous participation in the strengthening of their cultural and spiritual identities and the advancement of a common agenda for Indigenous autonomy and the implementation of their rights recognized by international human rights treaties and Costa Rican legislation. Indigenous leaders from the Chorotega, Maleku, Bribri, Cabécar, Boruca, Bröran and Ngöbe Peoples made a series of denunciations about their treatment by the Costa Rican state. "We reject the government's indifference towards the land recovery process exercised directly by Indigenous partners from different Peoples as part of the Autonomous Territorial Affirmation Process, in many cases the complicit support for usurpers; even in clear contempt of Precautionary Measure 321-12 issued by the Inter-American Commission of Human Rights in Resolution 16/15 of April 30, 2015, which orders the Costa Rican State to adopt measures that guarantee the lives and personal integrity of our brothers/sisters in Térraba and Salitre, as was demonstrated with the murder of our brother Sergio Rojas Ortiz (on March 18, 2019) despite being a direct beneficiary and the continuing threat, aggression, and persecutions to those who continue to fight for our rights," stated the declaration. 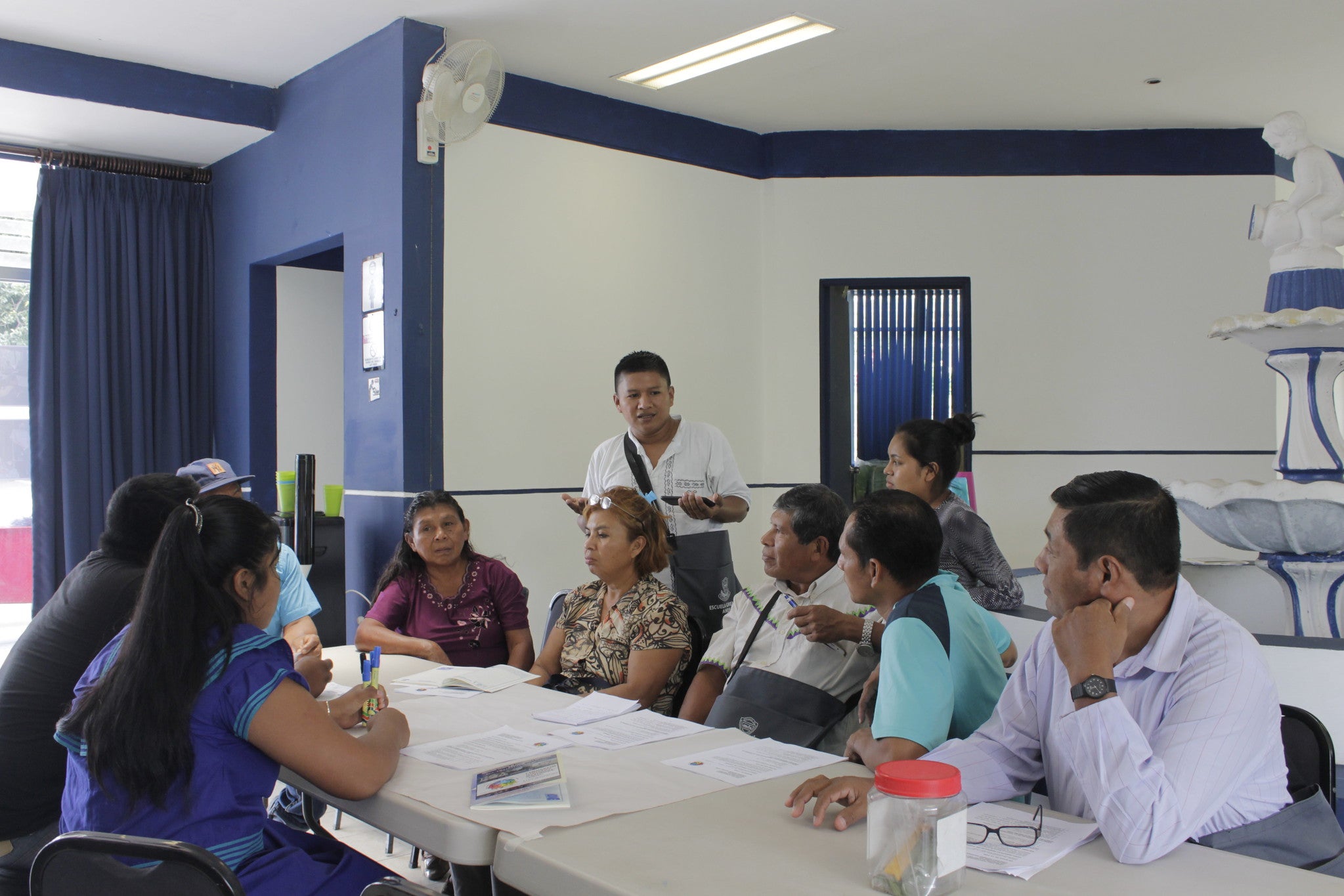 The declaration denounced that after 527 years of conquest and colonization, the conquest continues with the complicit violence characterized by inefficiency of State agencies holding executive, judicial and legislative powers, "the Institute for Rural Development (INDER) and the Ministry of Security under the command of the President of the Republic, judges and prosecutors, … created a climate conducive to violence against Indigenous Peoples and favoring non-Indigenous people." 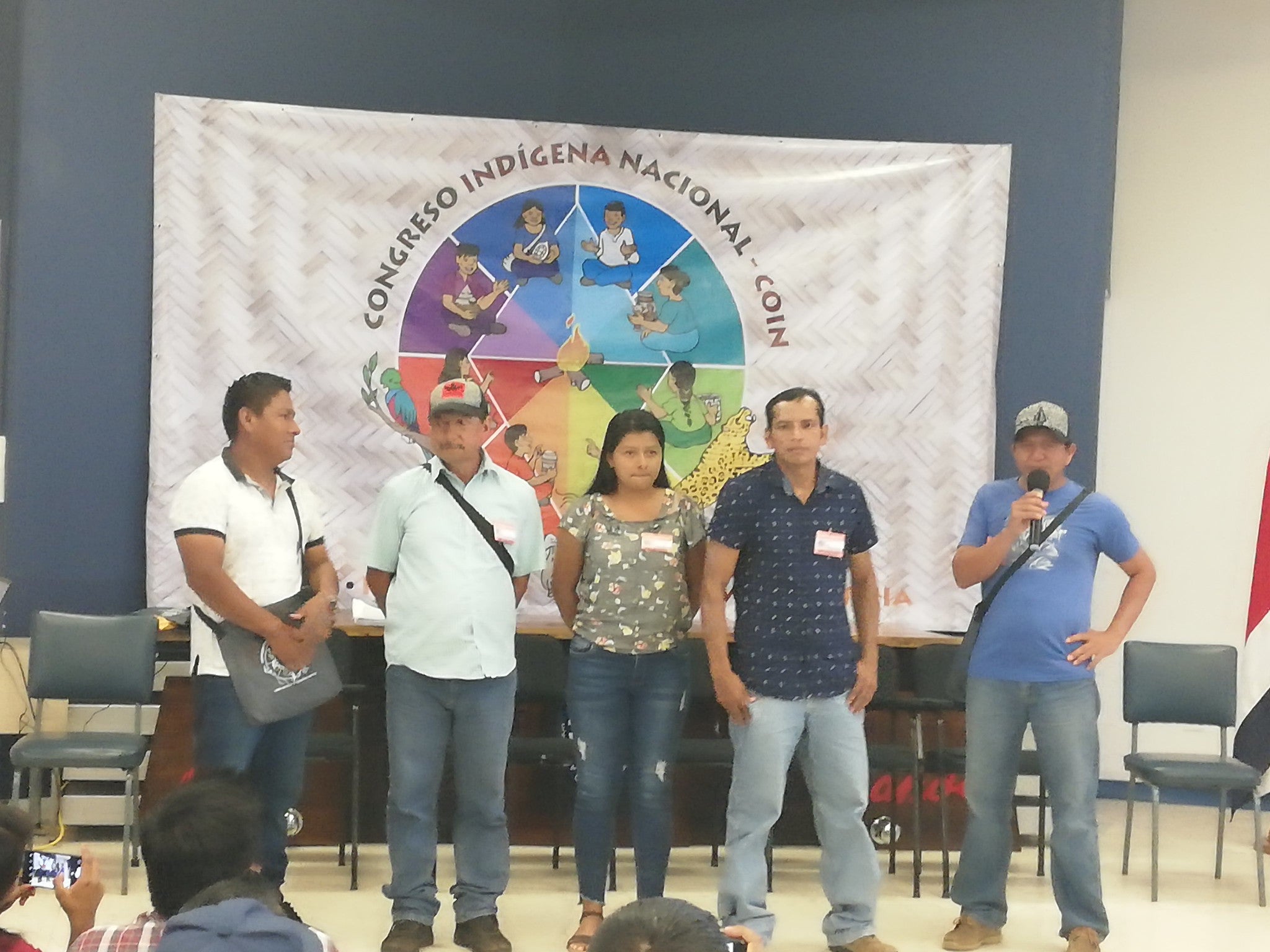 "We hold the Costa Rican State and government responsible for the criminalization of our struggle, which has resulted in the murder of our brother Sergio Rojas Ortiz, member of the Ditsö Iriria Ajkonuk Wakpa Council, founder and coordinator of the National Front of Indigenous Peoples (FRENAPI)," stated the declaration. "The breach of law and the breakdown of state structures, in continuous negligence of their duties in terms of land planning and sanitation, in observance of customary law, are a structural and systematic cause of violence against our peoples, of the dispossession of our lands, and of the violations of our rights." 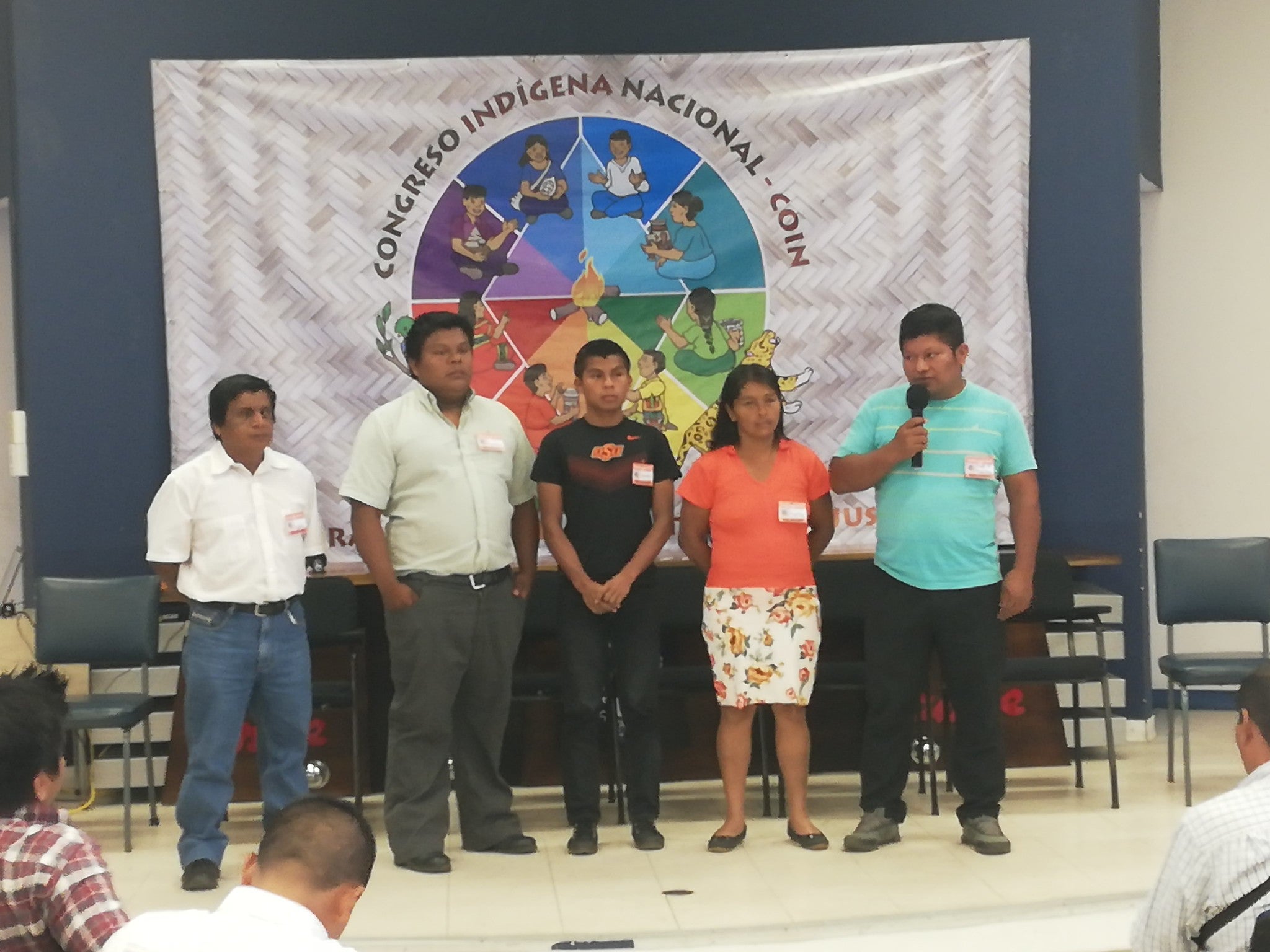 A grant from Cultural Survival's Keepers of the Earth Fund supported the organization of the first National Indigenous Congress. 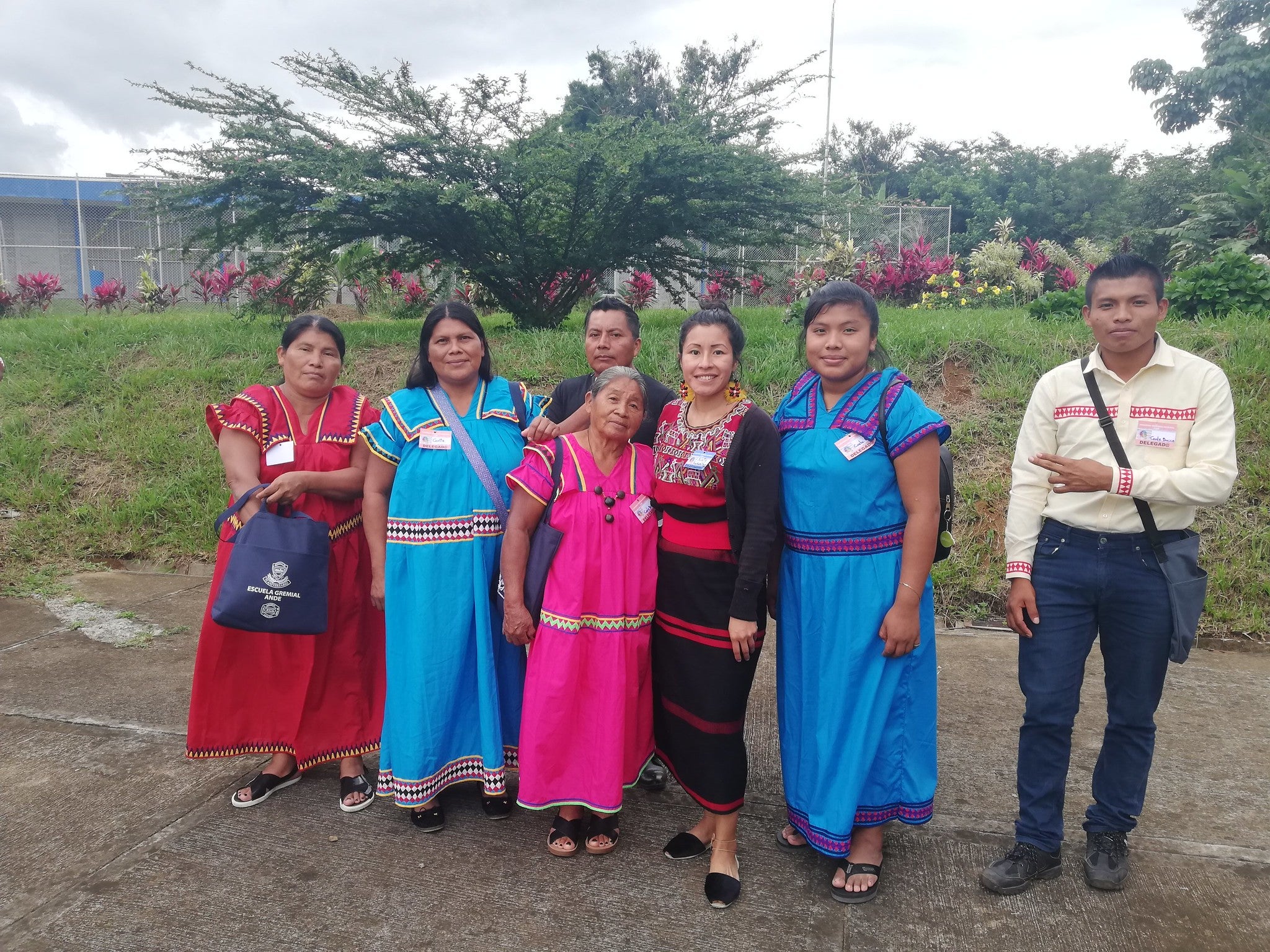