The Convention on Biological Diversity and Indigenous Peoples 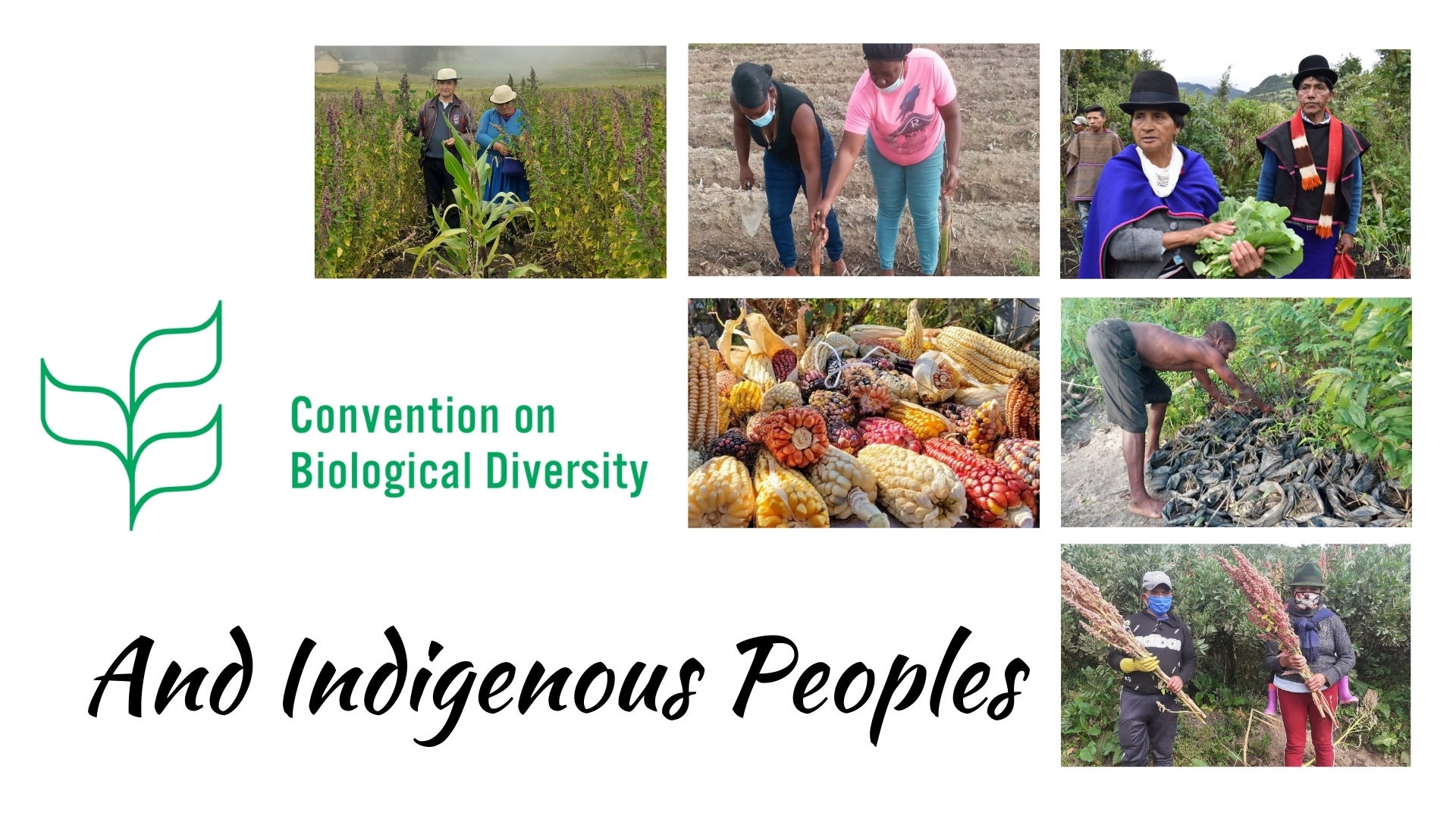 On March 14-29, 2022, the Convention on Biological Diversity's third meeting of the Subsidiary Body on Implementation will be taking place in Geneva, Switzerland. Cultural Survival's Indigenous Rights Radio took the opportunity to interview Indigenous leaders about the Convention and about how Indigenous Peoples are involved in the implementation of this important international, multilateral treaty.

Listen to our podcasts.

Cultural Survival · Lucy Mulenkei On The Past, Present And Future Of The Convention On Biodiversity

In this podcast, we hear from Lucy Mulenkei (Maasai), who tells us about the history of the Convention on Biological Diversity (CBD), the involvement of women in the CBD process, and more. Lucy Mulenkei is the Executive Director of the Indigenous Information Network.

In this podcast, we speak to Mrinalini Rai (Rai) about gender and women's rights at the CBD.  Mrinalini Rai is Director of Women4Biodiversity.

In this podcast, we hear from Joji Carino (Ibaloi), who tells us more about the International Indigenous Peoples' Forum on Biodiversity's involvement in the CBD. Joji Carino is Senior Policy Adviser at Forest Peoples Programme.

How do Indigenous Peoples' rights tie into the Convention on Biodiversity? In this podcast, Preston Hardison answers this question. Preston Hardison has served as an assistant and negotiator at the CBD, the Nagoya Protocol, the World Intellectual Property Organization (WIPO) Intergovernmental Committee on Intellectual Property and Genetic Resources, Traditional Knowledge and Folklore (IGC), and the Intergovernmental Platform on Biodiversity and Ecosystem Services (IPBES).

What is the Convention on Biological Diversity?

The Convention on Biological Diversity (CBD) is an international, multilateral treaty that was initially signed by 150 government leaders at the 1992 Rio Earth Summit and later became active on December 29, 1993. The Convention came about as a response to growing concern about the state of biodiversity globally and is meant to serve as a practical and legally-binding framework for nations’ commitment to sustainable development. The Convention understands biodiversity to mean the diversity within species, between species, and of ecosystems; such holistic framing of the CBD thereby weaves humans and our basic needs into the health and resilience of ecosystems. The Convention is the first time in international law that the conservation and sustainable use of biological diversity is referred to as “a common concern of humankind.”

What is the history of the Convention?

Less than a month later on June 5, 1992, the Convention was introduced at the UN Conference on Environment and Development, also referred to as the Rio Earth Summit, and for the following 364 days remained open for signature. By June 4, 1993, 168 parties had signed the Convention, allowing it to enter into action at the end of 1993. To date, 196 parties have signed and ratified the Convention.

How does the CBD work?

The CBD acts as an international legal framework to uphold nations’ commitments to biodiversity. Every two years the governing body, referred to as the Conference of the Parties (COP), meets to assess progress in the implementation of the Convention, provide policy guidance, adopt programs, and review the achievement of Convention objectives.

In addition to the COP, there are also auxiliary governing bodies such as the Subsidiary Body on Scientific, Technical, and Technological Advice, (SBSTTA), and the Subsidiary Body on Implementation (SBI). Composed of government representatives with expertise in relevant fields, as well as observers from non-Party governments, the scientific community, indigenous peoples and local communities, and other relevant organizations, the SBSTTA is responsible for providing recommendations to the COP on the technical and scientific aspects of the implementation of the Convention. Meanwhile, the SBI is responsible for reviewing progress in implementing the Convention and identifying strategic actions to enhance implementation.

How is the CBD relevant to Indigenous Peoples?

Preamble: “The Contracting Parties, Recognizing the close and traditional dependence of many indigenous and local communities embodying traditional lifestyles on biological resources, and the desirability of sharing equitably benefits arising from the use of traditional knowledge, innovations and practices relevant to the conservation of biological diversity and the sustainable use of its components;”

Article 10(c). Sustainable Use of Components of Biological Diversity: “Each Contracting Party shall, as far as possible and as appropriate: Protect and encourage customary use of biological resources in accordance with traditional cultural practices that are compatible with conservation or sustainable use requirements;”

Article 17. Exchange of Information: “The Contracting Parties shall facilitate the exchange of information, from all publicly available sources, relevant to the conservation and sustainable use of biological diversity, taking into account the special needs of developing countries. Such exchange of information shall include exchange of results of technical, scientific and socio-economic research, as well as information on training and surveying programmes, specialized knowledge, indigenous and Traditional Knowledge as such and in combination with the technologies referred to in Article 16, paragraph 1. It shall also, where feasible, include repatriation of information;”

Article 18. Technical and Scientific Cooperation:  “The Contracting Parties shall, in accordance with national legislation and policies, encourage and develop methods of cooperation for the development and use of technologies, including indigenous and traditional technologies, in pursuance of the objectives of this Convention. For this purpose, the Contracting Parties shall also promote cooperation in the training of personnel and exchange of experts.”

How can Indigenous Peoples utilize the CBD?

A fundamental principle of the Programme of work for Article 8(j) is the participation of indigenous peoples and local communities in the work of the CBD. The main mechanisms of participation are the following:

Indigenous People can access more detailed information regarding these mechanisms of participation under Section 1.8 Participatory mechanism for indigenous peoples and local communities under the Convention and its Protocols in the CBD Training Manual (see links below for English and Spanish versions).

The following guidelines are further stipulations listed under Article 8(j)

To learn about the CBD more visit: https://www.cbd.int/.